Beto O’Rourke has jumped into the 2020 presidential race—bounced in, really, as you can see from his hyperkinetic announcement video. He’s vowed that his campaign will be relentlessly “positive,” harnessing the genius and possibility of the American people. “We are truly, now more than ever, the last great hope of earth,” he said. So, what does that mean specifically? What policies will Beto implement to make this world a better place? Well, he’ll have to get back to us on that, but for now, his campaign website is offering a handsome array of buttons, magnets, hats, and t-shirts.

Beto is the Seinfeld candidate. It’s not just that he evinces the spastic energy of Cosmo Kramer—it’s that he’s launched a campaign about nothing. Is that a problem?

For the time being, it only helps him. “He has an aura,” according to a recent Vanity Fair profile. That’s useful in making an entrance, no doubt. What’s more, as we know from the Obama and Trump presidencies and the antics of AOC, Americans have become suckers for personality-cult politicians.

In time, though, O’Rourke’s content-free politics will be a problem for him—and not for the reasons one might suspect. His inability to talk policy specifics won’t harm him that much. Sadly, American politicians don’t need to know what they’re talking about anymore (so long as you like their enemies list). Shapeless urgency is the order of the day. Beto’s problem is that the nothingness of his politics is an outgrowth of his entitled aimlessness. He has no policy ideas because he doesn’t think he needs them. And that will be made plain soon enough.

Beto isn’t only running a campaign about nothing. He seems to have lived a life about nothing, as well. Having drifted through punk bands, art collectives, and web-development jobs (though managing to accrue an estimated $9 million through beneficial relationships), he happened upon politics because he thinks he’s just great at it. Supernaturally great at it.

The Vanity Fair profile describes a pivotal moment in O’Rourke’s political career when he talked before a large crowd without having prepared beforehand. “I got in there, and I don’t know if it’s a speech or not, but it felt amazing,” he says. “Because every word was pulled out of me. Like, by some greater force, which was just the people there. Everything that I said, I was, like, watching myself, being like, How am I saying this stuff? Where is this coming from?”

There’s a word for this: mania. It’s not surprising that, by his own admission, he fell into a deep depression after losing his senatorial race against Ted Cruz (depression being mania’s evil twin).

O’Rourke himself is reason enough, so he thinks, for you to vote for him. “Man, I’m just born to be in it,” he says. While he talks about admiring Bernie Sanders, this unearned belief in his predestination is more reminiscent of Hillary Clinton’s failed bid for the presidency. In the long run, it’s not sustaining.

The thing about Seinfeld is that Jerry and his aimless friends were ultimately revealed as despicable because they had no focus beyond themselves. That was the key to the show’s dark humor. Beto, on the other hand, gets his teeth cleaned before an audience of millions and doesn’t expect the joke to be on him. Sometimes, what appears to be an aura just turns out to be ego. 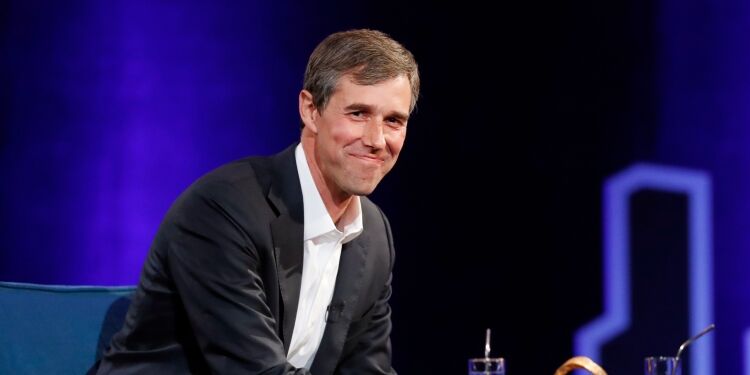