An FBI intelligence bulletin from May 30 lists a number of U.S. cases in which terrorists were motivated by conspiracy theories. It states: “The FBI assesses these conspiracy theories very likely will emerge, spread, and evolve in the modern information marketplace,” the report warned, “occasionally driving both groups and individual extremists to carry out criminal or violent acts.” The point of the bulletin is to “inform discussions within law enforcement as they relate to potentially harmful conspiracy theories and domestic extremism.”

The document lists recent examples of conspiracy-theory terrorism and breaks down the designation into three additional categories: Prominent Anti-Government, Identity Based, and Fringe Political Conspiracy Theories.

The examples listed are varied and interesting. They include the case of a Florida women, arrested in 2017, for threatening and harassing a Sandy Hook shooting victim’s relatives in the belief that the shooting was a government hoax; the infamous Pizzagate conspiracy theory, according to which prominent politicians were operating a child sex-trafficking ring from a Washington D.C. pizzeria, which led a man to fire his gun at the pizza place in 2016; the 2015 arrest of a man who was plotting to attack the Islamic community known as Islamberg near Hancock, New York, because he believed that community members were supporting terrorism; and the 2013 killing of a TSA officer resulting from the shooter’s belief that the TSA was part of a New World Order.

These are just a few. There’s certainly been no shortage of violence inspired by loony theories in recent years. But what’s most interesting is that all the examples listed by the FBI are of terrorists associated with fringe elements on the political right. What about the left?

Over the past few years, we’ve seen numerous cases of left-wing terrorism in the U.S.—from the organized violence that erupted on the day of Donald Trump’s inauguration, to the 2017 mass-shooting at a congressional charity baseball game, to the ongoing mob violence of Antifa. But has it been driven by conspiracy theories? There are elements of paranoia in many of these cases, but that doesn’t necessarily make them the products of conspiracy theory. It might be a stretch, but one could argue that some anti-police violence bears the mark of conspiracy theory in that it supposes a widespread understanding among police officers whereby they seek to kill African Americans—a supposed understanding that’s not supported by data on law enforcement.

If we go back slightly in time, to the presidency of George W. Bush, we find the American left awash in conspiracy theories. These mostly had to do with the war in Iraq and involved Bush, Saudi Arabia, Israel, weapons of mass-destruction, Vice President Dick Cheney, and Halliburton. But back then, there was blessedly little in the way of domestic terrorism.

There is, however, at least one clear-cut recent example of left-wing terrorism driven in part by conspiracy theory, and it’s of a type that we’re likely to see more of in the coming months. In July, an armed 69-year-old named Willem Van Spronsen tried to blow up an immigration detention facility in Washington state before he was shot and killed by police. In Van Spronsen’s manifesto, he wrote about “concentration camps for folks deemed lesser.” And he declared: “We are living in visible fascism ascendant. I say visible because those paying attention watched it survive and thrive under the protection of the state for decades. [See Howard Zinn, A People’s History of the United States.] Now it unabashedly follows its agenda with open and full cooperation from the government. From governments around the world.”

In other words, he was fighting a global conspiracy. His actions clearly fall into the FBI’s category of “Prominent Anti-Government” conspiracy theories.

Van Spronsen attacked the detention facility after the FBI issued its bulletin. But going forward any thorough assessment of conspiracy-theory terrorism must take into account acts of violence committed in the name of left-wing conspiracy theories. And anti-ICE terrorism, bolstered by false accounts of white-nationalist, government-run concentration camps, must be included.

There’s a big market for portraits of right-wing lunacy, and the supply chain is depressingly active. But, as with claims of anti-science activism, a closer look reveals that the right hasn’t cornered the market on delusional thinking. 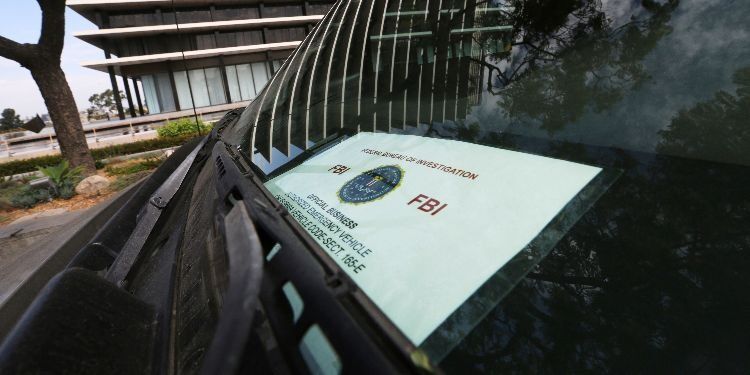 Assurances in Our Time?

How Will It Turn Out?