Conservatives who criticize socialist schemes are often met with a particularly droll challenge from of our friends on the left. “You don’t like socialism?” they say. “Then I guess you want to get rid of the police force, paved roads, and NASA.” Or, as Bernie Sanders once put it: “When you go to your public library, when you call your fire department or the police department, what do you think you’re calling? These are socialist institutions.”

Given the array of potential “triggers” lurking in the average American library and the supposedly blood-thirsty racists lurking in our police forces, I’d think that Sanders’s claim might sour progressives on socialism altogether. In any event, the point is that this “gotcha” retort is no gotcha at all. Not every government program is a manifestation of socialism. According to that little-known tome of arcane political thought, Merriam-Webster, socialism is “any of various economic and political theories advocating collective or governmental ownership and administration of the means of production and distribution of goods.”

In other words, this, as reported in yesterday’s Washington Post, is socialism: “Sen. Bernie Sanders (I-Vt.) will announce a plan for the federal government to guarantee a job paying $15 an hour and health-care benefits to every American worker ‘who wants or needs one,’ embracing the kind of large-scale government works project that Democrats have shied away from in recent decades.”

Like all good socialist projects, Sanders’s employment scheme is the result of rigorous economic thinking and exhaustive analysis: “A representative from Sanders’s office said they had not yet done a cost estimate for the plan or decided how it would be funded, saying they were still crafting the proposal.” That’s the thing about socialism: It can accomplish miracles so long as you leave the details out. Introduce actual people and markets and economies into your socialist fantasy and the whole thing falls apart.

Sanders undoubtedly knows that his proposition is dead on arrival given the Republican-led Congress. But it serves as a declaration of where he and his followers want to push the Democratic Party. Sen. Kirsten Gillibrand of New York is on board with the idea and Sen. Cory Booker of New Jersey is at work on his own job-guarantee bill. But seeing as unemployment is at a historic low of 4.1 percent, these make-work proponents are going to have a hard time convincing anyone, no matter who dominates Congress, that a radical shift in jobs policy is just what the country needs. If ideas like Sanders’s gain greater traction among Democrats, the only beneficiaries will be those across the aisle. 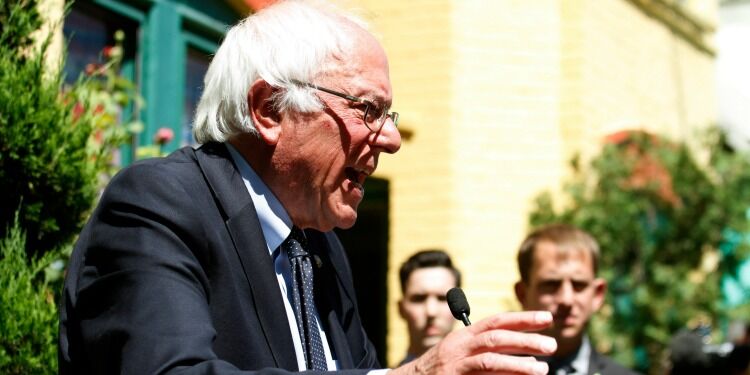