The president of the United States approved of a change in language to the Endangered Species Act of 1973. The revised definition allows for the aggressive exploitation of habitats of endangered species provided that the entire species isn’t threatened by that exploitation. The same president made it harder for citizens to petition for putting a species on the endangered list. That president was Barack Obama.

And there’s more. As a 2016 press release by the Center for Biological Diversity put it: “Over the past five years, the Obama administration has enacted several other administrative changes to the Endangered Species Act that collectively weaken its effectiveness.”

You can read about those changes online but not at most major media outlets. Obama, according to the agreed-upon understanding, was a caring steward of America’s natural endowments. And this understanding is mostly accurate. But it’s easy to imagine how a press with a different agenda could have made a massive issue out of those administration decisions that were more environmentally problematic. That is precisely what’s happening this week with regard to the Trump administration’s changes to the Endangered Species Act.

In the New York Times, Lisa Friedman’s article, headlined, “U.S. Significantly Weakens Endangered Species Act,” begins thus: “The Trump administration on Monday announced that it would change the way the Endangered Species Act is applied, significantly weakening the nation’s bedrock conservation law and making it harder to protect wildlife from the multiple threats posed by climate change.” At CNN, the headline is, “Trump admin moves to weaken endangered species protections.” At the Washington Post, there’s, “New Trump rules weaken wildlife protections.” And so on.

In truth, these changes were a long time coming, and they’re sound. There are three things at issue here. First, the new rules make a concrete distinction between endangered and threatened species, lifting the regulatory obligations that come to bear when dealing with the latter, less at-risk, category. The change is simply a matter of keeping practice consistent with legal understanding. The law already recognized the two different categories but treated species in both as endangered, therefore demanding gratuitous regulation.

Second, regulators can now factor in the economic costs of deciding to put a species on the list and make that cost known to the public. But the administration says that such economic analysis will not directly affect the decision to list or not list a species. Such transparency is, of course, valuable. There are undoubtedly some environmental enthusiasts who would stop at nothing to save an endangered species, but it’s not reasonable to expect that every American would bear any cost to save, say, the black-fronted piping guan. Now, they’ll have more information to work with.

Last, the administration’s new rules no longer allow regulators to take into consideration climate-change models that make predictions sometimes 70 or 80 years into the future. This, too, makes perfect sense. The law is intended to protect species that are demonstrably currently at risk. Treating one or several competing predictive models of climate change as if they’re the same thing as our observable present is irresponsible.

Even those who have a problem with this betray their cause in the language they use. “A recent United Nations assessment, some environmentalists noted, warned that human pressures are poised to drive one million species into extinction,” the Times’s Friedman writes. “Climate change, a lack of environmental stewardship and mass industrialization have all contributed to the enormous expected global nature loss, the United Nations report said.” “Poised to,” “expected to drive”—so much for the great climate-induced kill-off happening before our eyes. How long will we remain poised? Do we even know for certain that a mass extinction is coming? Of course, we don’t. Species make unexpected comebacks all the time.

None of this is to say that the Trump administration will be a steadfast champion of endangered species or that Donald Trump even cares about the issue. And the adjustments to the law are sure to face legal challenges—so did Obama’s. But the reaction to the changes in the Endangered Species Act has far less to do with endangered species than with enduring political hysteria. 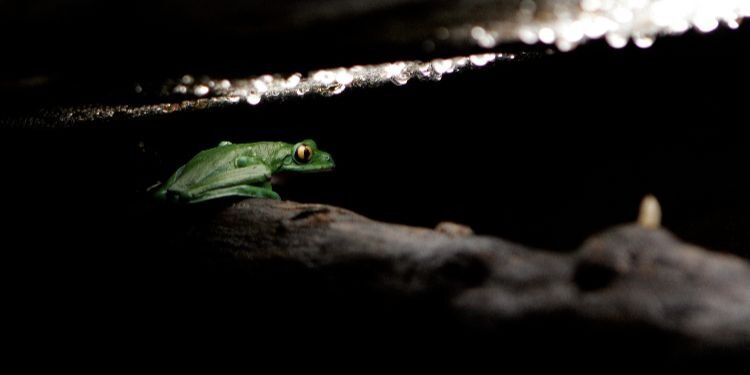