For months, Breitbart News has functioned as a kind of unofficial media arm of the Donald Trump campaign. It has now also become the media version of the Trump campaign. The company has sent cease-and-desist letters to Ben Shapiro, Michelle Fields, and other ex-employees who’ve been publicly criticizing Breitbart for its failure to support Fields after her physical altercation with Trump campaign manager Corey Lewandowski. The defensiveness, the silencing, the legal bullying—pure Trump. In fact, the Trump campaign makes volunteers sign a “No Disparagement” contract that not only forbids criticism of Trump for life but also demands that signatories forbid their employees from criticizing him. Perhaps Breitbart is working on its own version.

How did Breitbart News get here? I have a theory: Trump perversely filled the vacuum left by Andrew Breitbart, the company’s famously combative founder. Andrew was a fire starter. At his core, he loathed leftwing hypocrisy and groupthink. He took on progressive bullies furiously and without apology. And his fury was entertaining and infectious. Andrew had the most natural charisma of anyone I’ve ever encountered, and this made him the inexorable center of the action. He could have stood perfectly still on a street corner for an hour, and a movement would have sprouted up around him.

This was not all for the good. His preposterous charisma made for an unhealthy cult of hero-worship. His acolytes could easily mimic his intensity without recourse to his cleverness or his humor. What’s more, Andrew didn’t always handle the responsibilities of leadership well. At times, he seemed to enjoy the heat of battle more than the pursuit of truth. He would make headlines by using partial and misleading snippets of liberal speeches, or he would rush to ally himself with irresponsible agitators.

But whatever his faults, Andrew pulled off something amazing and necessary. He corralled conservative sentiment and drove a path straight through the left-dominated culture. In just a few years, he mobilized a brigade of right-wing Americans who were suddenly young and vibrant and battle-ready, and he took down some liberal sacred cows in the process.

When he died on March 1, 2012, everyone noted that Andrew would leave behind an enormous void. There was no one on the conservative horizon with his patented mix of passion, savvy, and insight. Everyone was right. Andrew’s company kept going under new management but without any discernable leadership. It would remain an opinion site with explosive headlines. That’s all.

It makes tragic sense that a leaderless Breitbart.com eventually fell in behind Donald Trump. He’s a wildly popular instigator who vows to cut through all the nonsense, wage war on the establishment, and make your grievance a priority. He also has, it must be granted, a kind of depraved charisma. That would prove enough to commandeer a decapitated movement.

But Trump is no Breitbart. If Andrew was a force of nature, Trump is a monument to artifice. Everything Andrew did came directly out of his sincere distaste for leftism. Trump is a pro-wrestling, reality-show schtickmeister without ideological affinity. Andrew could articulate thoughtful theories on culture and media while tying in an anthology of novel references. Trump’s understanding of politics is a public mystery.

Andrew once shared with me his anxiety over appearing on a particularly wonkish radio talk show. He was, of course, the furthest thing from shy. He was concerned, though, that he wasn’t up to the in-the-weeds policy analysis the show routinely featured. In other words, he sensed his strengths and his weaknesses; he was self-aware, self-critical. If nothing else, his sense of humor demanded it. Trump issues “No Disparagement” contracts.

When Andrew was asked about Trump as a potential candidate back in 2011, he stated the obvious: “He is not a conservative.” He also stated the not-so obvious, but equally true: “Celebrity is everything in this country. And if these [Republican] guys don’t learn how to play the media the way that Barack Obama played the media last election cycle and the way that Donald Trump is playing the election cycle, we’re going to probably get a celebrity candidate.” Andrew couldn’t have known that he was talking about his would-be pretender. 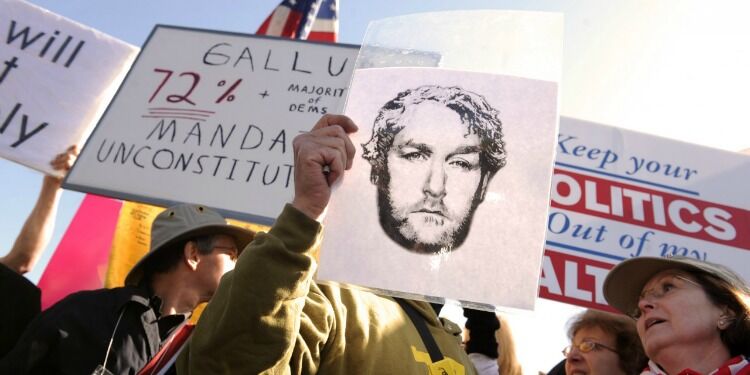