n the night of February 26, a picture of a two-tone cocktail dress ricocheted around the Internet, baffling global millions who disagreed about the garment’s colors. An optical illusion caused most to see it as blue and black, some to see it as white and gold, some to see it as blue and brown, and some to see different colors on different viewings. The Dress, or #thedress, was was no Rorschach test. What you saw said nothing about your emotional makeup. It was meaningless fun, a good-humored waste of time for tens of millions of Internet users.

The World Beyond Your Head

by Matthew B. Crawford

But after reading Matthew B. Crawford’s The World Beyond Your Head, you might wonder if the night of The Dress was a hinge moment for our civilization. Consider that we were not arguing over the colors of the thing itself. The dispute went on long after that matter was resolved (they were blue and black). We joked and disagreed about our individual and isolated perceptions of the dress’s colors, each of us fighting for the legitimacy of the dress inside our heads. What passed for a global-community event was really a battle royal of competing solipsisms.

Crawford, a senior fellow at the Institute for Advanced Studies in Culture at the University of Virginia, believes that our current self-absorption is no mere side-product of Internet technology; it is deeply rooted in our philosophical inheritance. He argues that we children of the Enlightenment have over-invested in a delusional ideal of individual autonomy that isolates us from others and actually curtails our freedom. Here is how it works: We have turned inward in the holy name of the autonomous self. Sealed off from the real world, we feed on the psychically empty calories of “hyper-palatable stimuli” served up by corporate “choice architects” who flatter our sense of individuality by obliging us to choose among experiences they provide. In supplanting doing with choosing, we miss out on the possibilities of true independence. Those possibilities arise when we creatively negotiate the challenges of the world beyond our heads. “Because our experiences are increasingly manufactured for us,” Crawford writes, “it follows that our attention is increasingly structured by design.”

He offers the extreme example of the addicted machine gambler. New casino machines are engineered to let players make a blistering number of mini-decisions in the shortest period of time. It’s a small but effective concession to their sense of autonomy. “Experienced video poker players…can complete up to 1,200 hands per hour,” Crawford writes. “The rate of play on video slots is similar, up from about 300 games per hour a couple of decades ago.” It’s no leap at all to see the same dynamic at work in digital capitalism at large: “The point of the design, often, seems to be to produce experiences of highly channeled pseudo-action that gratify the need to exercise the will, even if only in the merely formal sense of pushing a button, or choosing something from a menu of options.” How many of us take the “pseudo-action” of a mouse click that indicates a personal choice, which ultimately captures us as someone’s customer?

The question is how exactly did Enlightenment thinkers pave the way for slot-machine junkies and mouse-click consumers. Crawford mostly blames Kant. In the 17th and 18th centuries, natural science was ascendent and “threatened to subsume human freedom to the deterministic realm of material causation.” Individual will was being explained away. Kant set out to reclaim it as the source of freedom. But his declaration that “autonomy of the will is a property of the will through which it is a law unto itself” went too far and built a dangerous wall between man and his world.

Before Kant, John Locke did his part by chipping away at the bonds between human beings. He believed, along with Thomas Hobbes, that man’s essence is only truly revealed when isolated in a pristine State of Nature. According to Locke, man was born free from the authority of others and was genuinely himself only when that mythical detachment prevailed. But forces of authority corrupted the affair, and Locke sought to break the chains of bondage. He made a problematic case for political freedom from coercive authority when he wrote: “The floating of other Men’s Opinions in our brains makes us not a jot more knowing, though they happen to be true.” With such ideas, Locke freed each of us from the undue influence of one another. On these foundations the post-Enlightenment West was built, with the United States eventually establishing individual liberty as the very the core of its enterprise.

After World War II, liberals began dismantling traditional institutions, further radicalizing Enlightenment ideas and securing the individual as the sole moral authority. Crawford maintains that a mirror-image conservatism sprang up at this time, pushing the deregulation of various areas of American life and placing still more individual agency with citizens. All told, this string of philosophical and political achievements has left us with an unprecedented obligation to heed our own counsel—but few traditional sources of authority left to guide us. In the resultant panic, we soothe ourselves with a consumer facsimile of autonomy. We furiously push slot-machine buttons and choose books for our Amazon wish lists, and call it freedom.

Crawford’s solution to this crisis is to turn toward “skilled practices.” In fixing motorcycles (his profession), building pipe organs, blowing glass, learning a musical instrument, and so on, we can reconnect to the world around us. We can also rediscover a space for genuine freedom by improvising within the boundaries of a given tradition. What’s more, by learning from and working with others, we get a truer sense of ourselves and our place within a community.

Crawford has written a fairly brilliant book. His analysis of our self-negating sense of autonomy is all too timely. He goes to admirable lengths to build an elegant case for “reclaim[ing] the real.” The book, excluding notes, is 257 pages but feels like 1,000 pages—in a good way; each one offers a wealth of interesting ideas. To give an accurate sense of the multidisciplinary ground Crawford covers would require something similar in length to the book itself. Most impressively, The World Beyond Your Head reads like a single fluid essay.

But there’s something unsettling about Crawford’s mien. All ideologies have their paradoxes. The sharpest of these often come to light in the mismatch between ideology and ideologue. Thus, many frenzied libertarians display the worst excesses of unfettered individualism and seem desperately to need an outside source of restraint. Similarly, class-obsessed liberals are frequently day-to-day stewards of the elite. And communitarians can come across as the least likely among us to enjoy the company of others. There’s something of this last phenomenon in Crawford.

A community is a network of people engaged with one another. But it also functions as a club, with both eligibility requirements and disqualifying criteria. Communities have varying degrees of exclusivity that wall them off from outsiders. That is true as well of communitarian Crawford, whose community is made up of craftsmen he cannot help but portray as superior beings—and whose superior skills are recondite and hard to duplicate. Crawford is overly detailed in his chapter on pipe-organ makers; the degree of difficulty for which he admires them practically serves as a “Keep Out” sign. Some people, it’s worth remembering, like communities for their gates.

It is one thing to say that the United States has gone wrong by straying from its noble founding ideals but another to say that its current problems were seeded in those ideals. Crawford believes the latter. He thinks America’s promise of upward mobility has undermined our communitarian virtue. That is made clear in this passage on Tocqueville and the “democratic social condition”:

For all its benefits, [the democratic social condition] brings with it insecurity: you can fall as well as rise. In the relatively rigid social systems of Europe, there wasn’t much prospect of one’s fortunes altering in any decisive way. This offered a certain amount of freedom from the need to manage appearances. Appearances didn’t have to be generated anew each day by performing one’s social value, or voicing the correct opinions. In Europe Tocqueville saw a greater freedom of thought, a greater diversity of human types, and, for all the limitations imposed on the press, less prudish self-censorship among writers.

Immobility is freedom? No, thanks.

Crawford mentions the benefits of American mobility only to clear his throat before rehearsing its problems. But what of those benefits? Drastically reducing global poverty, ushering in medical breakthroughs, raising the bar on (and the practice of) political freedom around the world; aren’t these, on balance, worth suffering through some confusion about autonomy? It’s a question that seems never to occur to Crawford. This is unfortunate because he could probably write a dazzling chapter on the matter. It is also unfortunate because without answering the question, we can not assess the urgency of the crisis he diagnoses.

[embeddoc url=”https://www.commentarymagazine.com/wp-content/uploads/2015/07/crawford_commentary.pdf” width=”100%” download=”all”]
Excerpted from The World Beyond Your Head, by Matthew B. Crawford, published in 2015 by Farrar, Straus and Giroux, LLC. Copyright © 2015 by Matthew B. Crawford. All rights reserved. 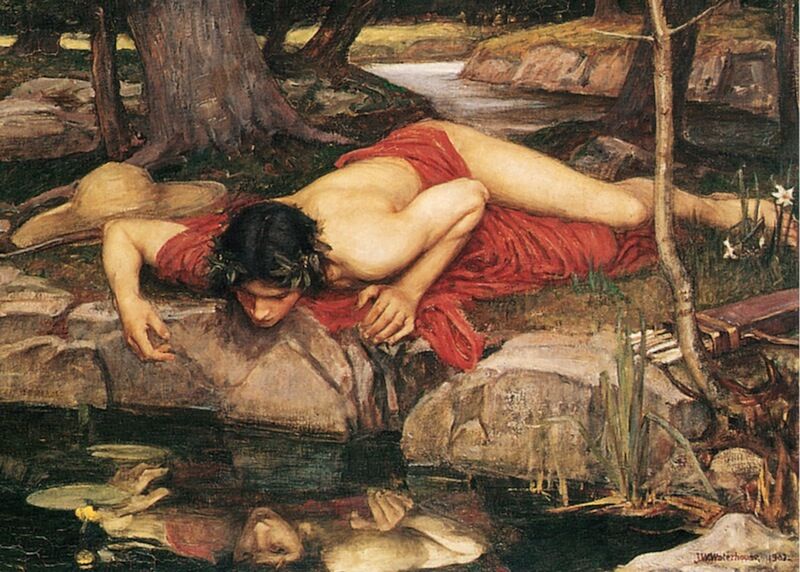 What To Do About Crime