Most parents I know, not all of them conservative, read news of American universities with increasing alarm. How can we send our teens to the very schools we attended only a generation ago, to be taught little else than to deplore our values?

If this anxiety afflicts you, then perhaps the last thing you should do is read Heather Mac Donald’s brilliantly argued, meticulously researched, and often quite funny dissection of the American university, The Diversity Delusion.

Mac Donald collided head-on with the contemporary campus in April 2017, when she was invited to speak at Claremont McKenna College about her book The War on Cops. A conservative political commentator (including for Commentary) and fellow at the Manhattan Institute, Mac Donald had dared in her book to criticize Black Lives Matter. For this sin, campus groups accused her of racism, which she cleverly terms the “phlogiston of modern liberalism,” since it so often “can neither be perceived nor measured” but is nonetheless endlessly invoked as an explanation for every societal discrepancy. Campus police kept her safe from a violent, masked mob clad in black, but they did not ensure passage for those students who had wanted to attend. The administration’s sympathy lay squarely with the radicals. In the end, Mac Donald spoke to an almost empty room, while protesters outside pounded the windows. To follow Mac Donald’s propulsive, tightly argued rendering of the university is to arrive at the inescapable conclusion that American universities have become a bad joke.

he begins with a serious discussion of the “positively sadistic” harms inflicted by affirmative action on its beneficiaries, even at California’s schools, which have managed to skirt California’s anti-affirmative-action law, Proposition 209, “through fiendishly clever compliance with the letter of the law, while riding roughshod over its spirit.” In 2004, UCLA law professor Richard Sander published a groundbreaking empirical study that showed affirmative action in law-school admission actually hurt the chances of minority students eventually passing the bar exam. The resulting “mismatch” (the title of Sander’s book) between the preference beneficiaries’ academic preparedness and the rigor of the school made it harder for them to learn the necessary material. (Sander found that black students, in Mac Donald’s telling, were also “twice as likely to drop out as whites” and “six times as likely to fail the bar after multiple efforts.”)

In fact, preference beneficiaries are often so ill-prepared for the universities to which they are admitted that they flee economics and the more demanding sciences for those humanities classes where grievance offers an alluring succor and even an academic major. If administrators hoped to advance minority students or to encourage minorities in STEM subjects, this would seem counterproductive. But the point of these efforts, Mac Donald argues, is for administrators to “flatter their own egos, so that they can gaze upon their ‘diverse’ realm and bask in their noblesse oblige.”

Under the diversity mantle, college administrators have mangled every aspect of universities from hiring processes to disciplinary proceedings to curricula in the humanities and even in the sciences. (An introductory chemistry course at Berkeley has as its stated primary goal “to disrupt ‘the racialized and gendered construct of scientific brilliance,’ which defines ‘good science’ as getting all the right answers. The course maintains instead that ‘all students are scientifically brilliant.’”) From this mayhem, the diversity administrators are conveniently poised to gain the most: Nearly every diversity failure is “remedied” by hiring more diversity enforcers, further feathering these sinecures. The sheer number of these officers is staggering: UC Davis alone has 28 diversity departments, covering every conceivable racial, sexual, and gender identity.

With administrators’ encouragement, charges of campus “microaggressions” proliferate like bacteria and destroy like them, too. In November 2013, nearly two dozen graduate students at UCLA marched into an education class and accused professor emeritus Val Rust of having created a racially hostile environment by correcting his students’ grammar and spelling. (Administrators rushed to the students’ defense; only Rust’s status as emeritus professor saved him from the ax.) Again, the nominal beneficiaries of this kowtowing suffer most, in Mac Donald’s view: “Any student who believes that the university is an ‘unsafe,’ racially hostile environment is unlikely to take full advantage of its resources.” But every student and professor must suffer in an environment so forbidding that speech is chilled to permafrost, making it doubtful that any worthy discussion can take root.

“Implicit bias”—another concept of dubious empirical validity—is a scythe dangled over the necks of department heads lest the result of a hiring process not be deemed sufficiently “diverse.” This, despite the fact that department heads are demonstrably stretching to admit minority candidates at every opportunity. Mac Donald writes: “From 2013 to 2016, medical schools nationally admitted 57 percent of blacks with low MCATs of 24 to 26 but only 8 percent of whites and 6 percent of Asians with those same low scores.”

There is also the “campus rape myth”—the oft-repeated claim by administrators that one-fifth to one-quarter of all college girls will be raped or be the targets of attempted rape during their time in college. (In fact, Mac Donald argues persuasively, very few rapes occur on campus.) “No crime, much less one as serious as rape, has a victimization rate remotely approaching 20 percent or 25 percent, even over many years,” writes Mac Donald. “The one-in-five to one-in-four statistic would mean that every year, hundreds of thousands of young women graduate who have suffered the most terrifying assault, short of murder, that a woman can experience. Such a crime wave would require nothing less than a state of emergency—Take Back the Night rallies and twenty-four-hour hotlines would hardly be adequate to counter this tsunami of sexual violence.”

But as Mac Donald wryly notes, very few truly believe this. “Highly educated mothers in New York City pay $200 an hour to prep their female tots for nursery school admissions tests, all in the hope of winning a spot for their little darlings in the Ivy League thirteen years later,” she writes. “Yet we are to believe that these ambitious mothers are deliberately packing off their daughters to a hellhole of sexual predation.”

One might think that universities would encourage abstinence, or at least sexual conservatism in the face of this alleged threat. Instead, they remain spiritedly libertine, encouraging all manner of sexual experimentation, while simultaneously narrowing the array of behaviors that qualify as “consent.” As Mac Donald details, even a young woman who asks if her male partner has a condom, announces to her friend that she intends to have sex, voluntarily shows up at his dorm room, and is a willing participant in the sex through no coercion or force on the male’s part may be deemed not to have consented if she later regrets the act; one young man in question was expelled from Occidental College in 2013 in exactly this way.

Nonetheless, Mac Donald argues that conservatives should welcome the “burgeoning sex regulations” as “the only upside to the whole sordid situation.” And it is here that Mac Donald steps onto shaky ground. “Unlike the overregulation of natural gas production, say, which results in less of a valuable commodity,” she writes, “there is no cost to an overregulation-induced decrease in campus sex.” No cost to making young people so frightened of even welcome sexual advances that they resort to—what? Xbox and pornography? Students are unlikely to use all of their wakeful hours for the studying and chaste conversation Mac Donald seems to have in mind.

Conservatism has no legitimate interest in extirpating sexual pleasure from society. Its power and broad appeal come in asking adults to take responsibility for the choices they make and insisting they honestly examine the consequences. One of those choices might be to partake in a normal dating life in college, and this might reasonably include engaging in consensual sexual acts with a person you like very much. Another might be to drink oneself into blackout and hope for the best. If Mac Donald hopes to return to a world where even petting is something college coeds dare not try, then she will have to dial us back to a point so far before the sexual revolution, it seems doubtful we could get back there, even if we wanted to.

This quibble notwithstanding, Mac Donald’s book is an essential addition to the canon on our culture, not only because it elucidates the horrors of the contemporary university, but because it provides critical insight into the dystopia that the left hopes to hand us upon its return to power. Janet Napolitano, the former governor of Arizona and secretary of homeland security, now presides over the California university system. She has required all deans and department chairs to undergo training to overcome their “implicit biases” toward women and minorities. According to this doctrine, all those outside a protected class are a priori guilty of racism. By definition, such bias can neither be gainsaid nor disproved. Statements as anodyne as “America is the land of opportunity” or “decisions should be made on the basis of merit” have already been deemed hostile microaggressions at the University of California.

Far from the vaunted transmitter of civilization and science it once was, the American university is now little more than the left’s glorious fiefdom, where an alternate version of the Constitution is law of the land—one that affords neither free speech nor due process nor equal protection under the law. This is a world where all hiring decisions are made on the basis of race. Where distinctions between men and women are denied by decree. Where allegedly aggrieved students shriek outrageous demands, which clueless administrators scramble to satisfy. Where the students can’t tell you why this American democracy might be worth saving; the books that provide the answers were long ago stripped from their syllabi. Our best hope of restoring sanity to our once-great universities lies in freeing ourselves from the delusion that diversity is the ultimate good in whose honor so many sacrifices must be made, and so many self-interested shamans anointed. 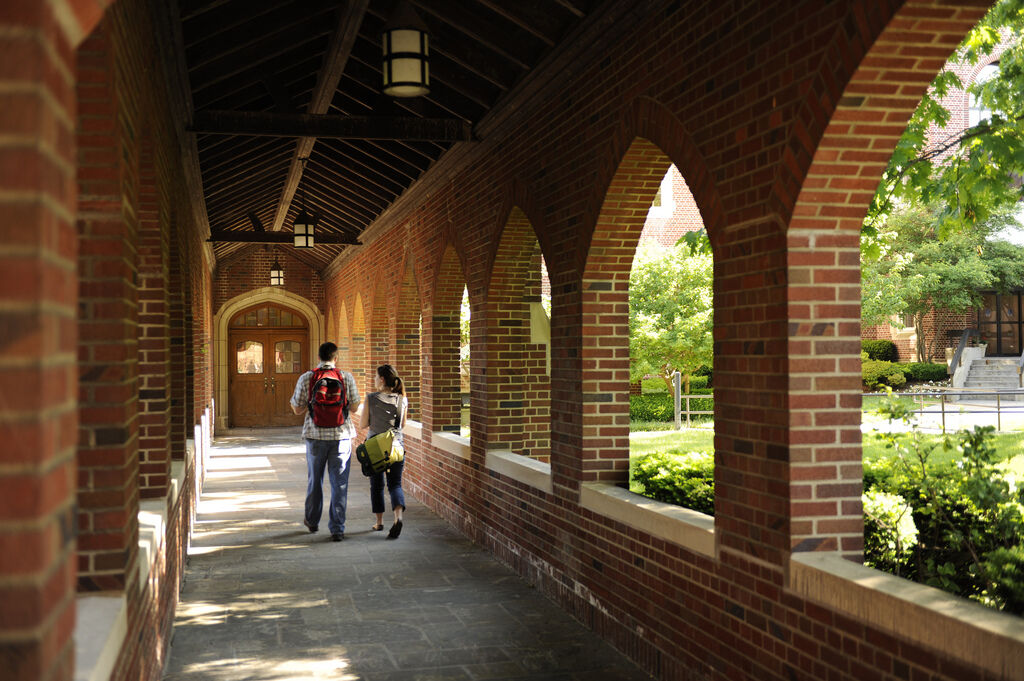 Abigail Shrier is the author of Irreversible Damage: The Transgender Craze Seducing Our Daughters.