Their Honor, and Ours

Never really prepared for war, America has always hated the thought of going to war, even in the outraged enthusiasm for vengeance following the Japanese attack on Pearl Harbor. By contrast, imperial Japan had only contempt for Americans as a nation of shopkeepers concerned principally with their material comforts, lacking the will for a decisive fight, and displaying an unseemly fear of violent death—though the Japanese measured our weakness not against traditional Western models but against the honor of the samurai warrior.

The obsession with honor would entangle the Japanese in ruinous imprudence, the British journalist and author Max Hastings writes in his estimable new history. Retribution is a worthy sequel to his previous books on the war in Europe (including Overlord, about the Allied invasion of France, and Armageddon: The Battle for Germany). Having gone into war with the expectation of a swift victory, and having enjoyed triumph after triumph in the early going, Japan was recklessly slow to realize the war was lost and, once it came to that realization, continued to believe that there remained a way of losing advantageously. As the war neared its end, a fanatical sticking point in the negotiations for surrender, especially for some in the military, was the demand to preserve native political arrangements, including the imperial throne occupied by a descendant of the sun god.

Nothing could have been more greatly to Japan’s disadvantage than such fantasies. As Hastings writes:

Japan’s human catastrophes were crowded into the last months of war, when its fate was sealed, during the futile struggle to avert the inevitable. . . . In the last phase, around two million Japanese people paid the price for their rulers’ blindness, a sacrifice which availed their country nothing. After years in which Japan’s armies had roamed Asia at will, killing on a Homeric scale, retribution was at hand.

Hastings leaves no doubt that Japan deserved what it suffered at Allied hands, and that Japanese atrocities were of a fouler moral order than even the American incineration and atomic bombings that in certain circles continue to blacken our name to this day. Retribution takes up in wrenching detail the agonies meted out by each side to its enemy. Although the Americans inflicted more pain, the Japanese, as Hastings demonstrates, took crueler pleasure in the pain they dished out.

Rampant sadism was evidently part of the Japanese warrior’s code, the macabre taste for blood shed in novel ways finding plentiful means of expression. In the words of a South African held prisoner by the Japanese on Java,

I saw innumerable ways of killing people, but, most significantly, never by just shooting them. I say “significantly” because this for me was the most striking evidence of the remote and archaic nature of the forces which had invaded the Japanese spirit, blocking out completely the light of the 20th-century day.

The very worst of Japanese viciousness was taken by the Chinese. Japan’s Asian depredations had begun with the occupation of Manchuria in 1931 and attained one early climax with the Rape of Nanjing in 1937, in which perhaps 300,000 Chinese were butchered. The numbers of Chinese dead for the entire war are indeterminate: estimates range from 15 million to 50 million—although the figures at the upper end may be inflated by Chinese historians in order to diminish the horror of Mao Zedong’s homegrown slaughter.

Hastings paints vividly the detail of the immense protracted massacre. Japanese soldiers used live Chinese prisoners for bayonet drill and ritual beheadings. A young “comfort woman,” dragooned to service Japanese soldiers sexually, made the mistake of getting pregnant; she was hung from a tree and slit open, the baby twitching in her womb, as an edifying spectacle for all the people in her village. A Chinese boy idly tossed a rock at a Japanese soldier’s dog; the soldier shot dead on the spot the boy and his two companions. The notorious Unit 731 in Manchuria performed Mengele-style medical experiments on its victims, including vivisections without benefit of anesthesia.

It may be hard to imagine such depraved conduct coexisting with an acute sense of honor, but the Japanese did have that, however heavily encrusted with blood. Hastings quotes from General Hideki Tojo’s manual for soldierly conduct:

The man who would not disgrace himself must be strong. He must remember always the honor of his family and community, and strive to justify their faith in him. Do not survive in shame as a prisoner. Die, to ensure that you do not leave ignominy behind you.

Vessels of the imperial navy did not carry lifeboats; the only alternative to victory was death. This code of honor pertained to Japanese alone; there was virtually no behavior toward an enemy that was deemed dishonorable, except for showing mercy.

The code of honor joined forces with mad viciousness most dramatically in the kamikaze volunteers who bedeviled the American fleet from October 1944 until war’s end. Nearly 4,000 pilots died in these suicide attacks; about one in seven struck a ship, usually causing grave harm. For the Japanese, the kamikaze pilots were rare heroes; for the Americans, a species of poisonous flying arachnid. The fighting men of the West recognized a significant difference between risking one’s life—even sacrificing it in the heat of combat—and flinging it deliberately away. “Thus,” according to Hastings, “the Allies regarded the kamikazes with unfeigned repugnance as well as fear. In the last months of the war, this new terror prompted among Americans an escalation of hatred, a diminution of mercy.”

Wave upon merciless wave of aerial bombardment marked the final months of the war, and Japan endured horrors that a reasonable nation could have avoided. General Curtis LeMay, head of 21st Bomber Command, engineered the series of incendiary raids on Japanese cities that included the firebombing of Tokyo on March 9, 1945, which killed 100,000 people, left a million homeless, and destroyed sixteen square miles of the capital. Nagoya, Osaka, and Kobe were the objects of similar “burn jobs.” Where the bombing campaign against Germany had required years to produce ruin, it took only a matter of days to devastate Japan’s cities, whose buildings were more highly flammable.

LeMay sought to justify the carnage by pointing out that Japanese weaponry production was a cottage industry, and that many homes were small factories: “We were going after military targets. No point in slaughtering civilians for the mere sake of slaughter.” On this point Hastings demurs, arguing that the American naval blockade had effectively choked off Japanese industry when the B-29’s began their assault, and that the incendiary bombing did little to break Japan’s war-making powers but much to punish the enemy.

And then there was the atomic bombing of Hiroshima and Nagasaki. LeMay thought this was redundant—that his incendiary raids had already won the war. But as of early August 1945 most American brass were convinced that a massive offensive against the Japanese mainland would still be necessary for victory. What Hastings calls the “blood-cost” of such an invasion would have been extortionate: the Japanese for their part seemed willing to expend all the blood they had in repelling such an invasion, and remained obdurate in their refusal to surrender unconditionally.

Defending America’s use of its nuclear weapon, Hastings answers those who would have it that Japan represented a lesser magnitude of evil than Germany and certainly did not deserve atomic destruction of two cities:

Few of those Asians who experienced Japanese conquest . . . and knew of the millions of deaths which it encompassed, believed that Japan possessed any superior claim on Allied forbearance to that of Germany. Post-war critics of U.S. conduct in the weeks before Hiroshima seem to demand from America’s leaders moral and political generosity so far in advance of that displayed by their Japanese counterparts as to be fantastic, in the sixth year of a global war.

As for those who contend that Japan was prepared to surrender before Hiroshima, they are “peddlers of fantasies. . . . Even after Nagasaki, the peace party prevailed only by the narrowest of margins.”

Terrible as the bombings were, Hastings avers, they were military means employed for just ends, and sought to finish the war as quickly as possible. Much Japanese behavior, on the other hand, was sheer gratuitous savagery. To this day, Japan continues to honor its brutish soldiers as war heroes and has conspicuously, indeed resolutely, failed to face its own enormities. This, Hastings writes in the peroration to his brilliant and distressing book, redounds to the country’s lasting shame. 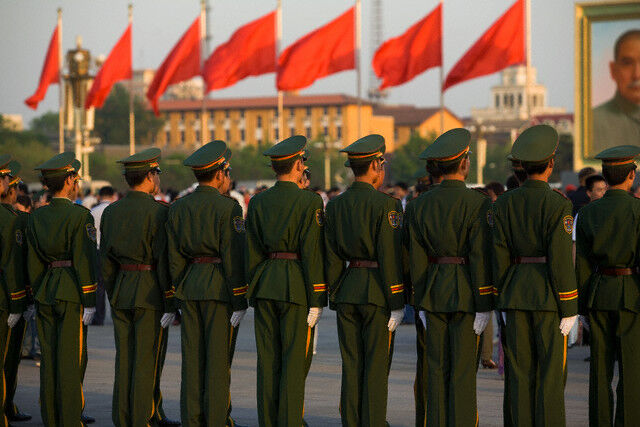