Michael Brendan Dougherty is an inventive essayist, an industrious analyst at National Review, and now a gifted memoirist. My Father Left Me Ireland, his account of growing up in New York as the son of an American mother and a mostly absent Irish father, is by turns heart-rending, droll, and shrewdly insightful. The book is written as a series of letters to the father who didn’t raise him.

Dougherty’s American mother fell in love with an Irishman, they had a son, the father left, and mother and son had to make it on their own in the exurbs of New York. His father would write and intermittently appear for a few days, or a few hours, but mostly he wasn’t there. His boyhood memories of his father are all the same, he writes: “We would meet. You would delight in your son. I would feel spoiled rotten, trying to soak up each moment together in all its detail. Then we would part. In the moments after, I would wail for want of you, before becoming quiet for days.”

Dougherty’s mother, though resenting his father, raised the boy as an Irishman of the diaspora: They listened to Irish music and read Irish literature and learned, or tried to learn, the Irish language. Her letters to Dougherty’s father bear moving testimony to her emotional ambivalence about both Ireland and her son’s father. In one, she berates him: “If I judged Ireland on the likes of you, I’d see it bombed.” Then a few paragraphs later she asks, “Can you get ahold of the following book, Nuachúrsa Gaeilge na mBráithre Críostaí? We’re surviving on photocopies.”

The book’s first half accords with the title’s first four words: My Father Left Me. The bluntness of the author’s indictment of his father, particularly when you realize that the man is still very much alive and living in Ireland, makes you wince. “You were what my mother reminded me you were,” he writes: “not here for me.”

You were not here a summer earlier, when a wild-eyed man running along Bloomfield Avenue punched me in the head. You weren’t there when the winter before that I had suffered two concussions in a week, and my mother endured the horror of knowing her only son was being hospitalized while she sat in traffic on the Tappan Zee Bridge. You weren’t there when I had to overcome being the boy in class who got teased constantly. You might have taught me to be brave or stoic. Or perhaps your presence in my life would have given me a confidence that warded off this treatment.

At one point—this was 1994 and Dougherty would have been 12 or 13—his father showed up unannounced at his Catholic school. The two spent the afternoon together, but the father left the same day. “Obviously you were in America for other purposes,” writes Dougherty. “Namely, the World Cup. And seeing a friend in Philadelphia. Couldn’t I see that adding your son to the list made a better and more noble cover story with your wife, for what amounted to a getaway to Giants Stadium with your friend?” Later in the book we learn, as later in life the author learned, the lengths to which his father had gone to see his son that day. It was no afterthought.

As a teenager, the son became coolly cynical and deliberately ignored his father’s letters and gifts. “You would send me more clothes with the word Ireland printed on them—I remember a jacket you sent for Christmas. I never wore it…You sent me a dual CD of Irish folk legend Luke Kelly’s greatest hits. I shelved it and never listened to it. I preferred Boyz II Men…What was Ireland, beyond this tidal wave of consumable stuff crashing through our home?”

In the latter part of the memoir, we learn why the title’s direct object is not Me but Ireland. His father left him, yes, but his father left him Ireland. Dougherty recalls the early death of his mother, debilitated by depression and the victim of an exploitive mortgage deal, and reflects that “an atom that becomes separated from a larger chemical structure is called a free radical. And that is how I felt, supercharged with this urgent longing to reconnect to something larger.”

That something turned out to be Ireland—in a sense. The name of Ireland, for Dougherty, now signifies some grand romantic ideal of communal connection and sacrifice. The book is laced with fluent discussions of the characters and deeds of the Irish republicans who instigated the Easter Rising of 1916, the slapdash insurrection against British rule that led, a few years later, to Ireland’s independence. You wonder why Dougherty is dwelling on it, but gradually it becomes clear. The Rising’s instigators were crazy romantics and inept insurrectionists—they were defeated after a few days and most of them were killed or court-martialed and executed—but they gave themselves completely to a mission worth achieving. Thus has the romance of nationalism saved Dougherty from a detached and desiccated materialism. And that—the unironic ardor and capacity for imagination reified by an independent Ireland—is what his absentee father has given him. “When two men hide in a bathroom and pin down a column of soldiers,” he writes of the vastly outnumbered republicans of the Rising, “when a man joins the glorious madness of a doomed battle to preserve the pride of his nationality, when men march happily into the hands of their captors, and commend the executors, a dying nation rises to life.”

In the end, My Father Left Me Ireland is a protest against the soulless atomization of modern liberal democracies and a cri de cœur for a more connected, traditional way of life.

Dougherty is one of several influential commentators and intellectuals on the right who, for many years but especially since the rise of Donald Trump, have leveled sharp criticisms of free-market ideologies that leave no place for man’s spiritual and communal needs and assume that economic growth can solve all social and political problems. Many of them are Roman Catholic or Eastern Orthodox, having discovered or rediscovered the Church later in life. Dougherty went through a period of youthful atheism, he says, but found himself in the Church again by his late teens.

Though a hardened Protestant, I find many of their criticisms perceptive and persuasive. Yet their outlook sometimes lends itself to a kind of smug attitudinizing about an American society that, for all its faults, has treated them pretty well.

To take one example: Dougherty refers to the “larger cultural formation” of his upbringing—that would be America—that “encouraged a curator’s approach to life” in which “there was nothing that we were obliged to believe. No type of life that was strenuously urged on us. We could make use of our ethnic identities or not. We could draw on or reject our parent’s religion, or be coolly indifferent. We could try on any number of identities.” I share the worry that America’s elite cultural institutions have foolishly promoted the idea that personal identity is infinitely malleable. It is a source of untold folly. But would  Dougherty have preferred that the identity he chose—his Catholic Irish-Americanness—had been forced on him? In fact, he was allowed to reject it; in the end, he chose to embrace it instead. This does not strike me as an egregious instance of cultural decay.

Later he writes, regarding his grandfather’s insistence on praying the Rosary almost incessantly, that “in a world where everything is plastic, everything is unserious, this adamantine stubbornness feels like a shelter.” A world in which everything is plastic and unserious? Or again: On finding out about the bad mortgage deal his mother was persuaded to sign before her death, Dougherty reflects that “in an age that had any sense of duty beyond self-enrichment,” such an unscrupulous act “would have inspired widespread rancor and war upon the wicked.” Our age has no sense of duty beyond self-enrichment?

“We are used to conceiving of the nation almost exclusively as an administrative unit,” he writes near the book’s end, a unit “measured by its GDP, its merit discovered in how it lands on international rankings.” But nations, he insists, “have souls.” I’m not sure who Dougherty means by “we,” but I don’t think the men who fight and die for the United States think they are fighting and dying for an administrative unit.

These and similar lines may be rhetorical flourishes or deliberate overstatements, but they mar an otherwise beautiful memoir. By the end, he has sweetly reconciled with his father and, though never pretending to understand the man’s absence, has forgiven him for everything. “I am happy you are my father,” he writes. Perhaps Dougherty could also learn to forgive the plastic, unserious society that is paying him to string these words together. 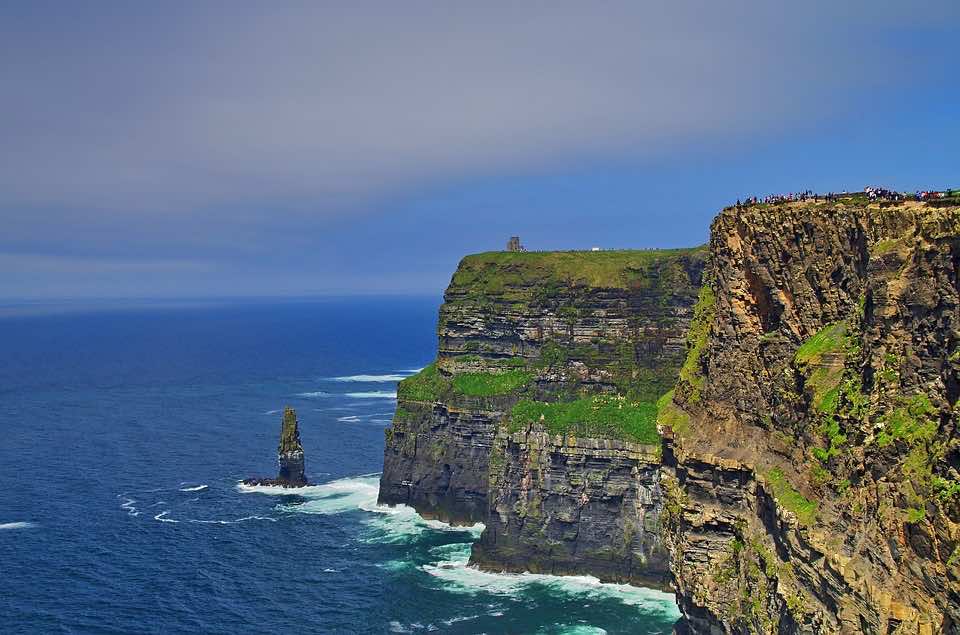 Barton Swaim is an editorial-page writer at the Wall Street Journal.