onald Reagan once said that “the nine most terrifying words in the English language are ‘I’m from the government and I’m here to help.’” But even Reagan couldn’t have imagined how the government would come to intervene in our child-rearing decisions. Stories like this are becoming commonplace: A mother named Susan Terrillion leaves her children, six and eight years of age, for less than an hour at their vacation rental to get takeout food and finds herself inside a police station by the end of the night, booked and charged with child endangerment, with the future of her custody arrangement in doubt. 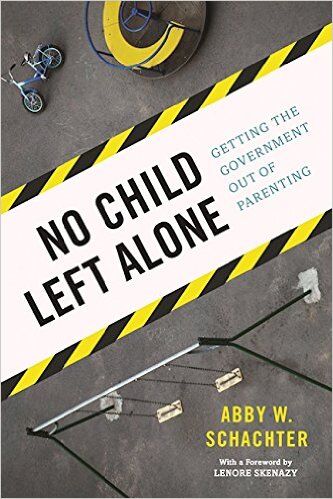 The Meitivs of Silver Spring Maryland had their kids, 10 and six, picked up by local police not once, but twice, because they were allowed to walk home by themselves from the park. And the parents of Justina Pelletier lost custody of their 14-year-old daughter for over a year because the doctors and staff of Boston Children’s Hospital objected to their decision to transfer her medical care to Tuft’s University Medical Center. Decisions once entirely within the realm of normal for any parent have now been criminalized.

In her powerful and angry new book, No Child Left Alone, the Pittsburgh-based writer Abby Schachter explains that “daycare rules are what turned me into a Captain Mommy.” She uses the term to describe a mother who is “on guard against overprotective, overbearing, nannying authorities trying to take my choices away.” What were some of the regulations with which the Schachter family was forced to comply to send their children to day care? Only certain foods could be sent, and had to be sent with strict instructions (grapes had to be peeled and quartered). There could be no plastic bags. All uneaten food—even a second half of a sandwich (without nuts, of course!)—had to be disposed of at the end of the day. A different sippy cup had to be sent for every single meal and snack time. New babies could not be swaddled without a note from the child’s pediatrician. Is swaddling a medical decision or simply a choice that each parent makes? The state of Pennsylvania believes it to be the former.

In Michigan, there are 329 pages of rules and regulations surrounding day-care centers, and in New York, one such regulation dictates how far apart pantry hooks can be so that outer garments do not touch one another. The cost of compliance with these rules, which do nothing to keep kids safe and happy, is passed on to parents.

As kids get older and are sent off to elementary, middle, and high school, every part of their day is affected by regulations governing breakfast and lunch. Michelle Obama’s war on the supposedly unhealthy school lunches served in cafeterias is well known, but Schachter sheds light on an even more infuriating overreach by school administrators when it comes to homemade lunches brought by students. She cites numerous examples of parents told individually that the lunches they packed for their own children were inappropriate. One school in Chicago, Little Village Academy, banned such lunches because the principal “didn’t like the choices parents were making.” The policy was retracted after public shaming, though the story is just one of many instances of government employees—teachers—dictating to and micromanaging parents about how they should be raising their own children.

Just as schools don’t trust parents to feed their own children, they apparently also don’t trust them to guard their health. Despite the fact that most schools require proof of well-visits and vaccinations in order for students to start the school year, Schachter reveals: “The federal government and some 21 states have instituted rules that public-school kids get health screenings during school hours.” During school visits to the nurse for additional health checks, students are weighed (even by their own peers if the nurses are short-staffed) and have their body mass index (BMI) recorded. If that number is outside a certain range, a letter is sent home to parents. Not unsurprisingly, these letters aren’t exactly optimal for students’ self-esteem and self-image. Schachter cites real-life examples of young people—mostly girls—whose “Fitnessgrams” sent their self-worth into a tailspin.

The ironic part about the obsession with weight is the contributing role the school day now plays in the American “obesity epidemic.” Recesses and free play have been eliminated in favor of more time spent on academics, despite the fact that additional classroom hours have not been shown to improve test scores. Schachter and many other parents bemoan the loss of recess for most kids, which is, as she says, the simplest and cheapest remedy to obesity and a sedentary culture. Who spends more time outside, maximum-security prisoners or children? A new study shockingly indicated the former; children spend on average 30 minutes per day outside.


cross the country, parents and guardians are targeted by law-enforcement and child-protective agencies for the crimes our parents committed daily: making reasonable and nuanced decisions about how, when, where, and for how long children can be left alone. If we now expect children to be supervised at every moment until their teens, they won’t get nearly as much time outside as previous generations enjoyed. While it’s never been safer (according to crime statistics) to raise a child, we are more protective than ever, stifling our kids and keeping them indoors, addicted to screens.

Is there a political figure in the United States who might fight against all this? Evidently not. During her acceptance speech at the Democratic National Convention in Philadelphia this summer, the author of It Takes a Village made clear that 20 years after its publication, she has changed not a wit in her hunger to involve the government ever more deeply in raising children. “We’re going to help you balance family and work,” she declared. “And you know what, if fighting for affordable child care and paid family leave is playing the ‘woman card,’ then deal me in!” And at Ivanka Trump’s introduction for her father in Cleveland the week before at the Republican National Convention, the same themes were echoed; indeed, Ivanka could have introduced her father’s opponent with the same talking points.

Schachter leaves readers convinced that while being a parent has never been more difficult or expensive, more government “help” in our kitchens, schools, playgrounds, and day cares has only made, and will continue to make, the choices for American parents more difficult. In an election year with not one but two candidates who want nothing but more involvement in the everyday lives of Americans, Schachter’s book is an important reminder of what Ronald Reagan was warning us against: the government’s coming to help. 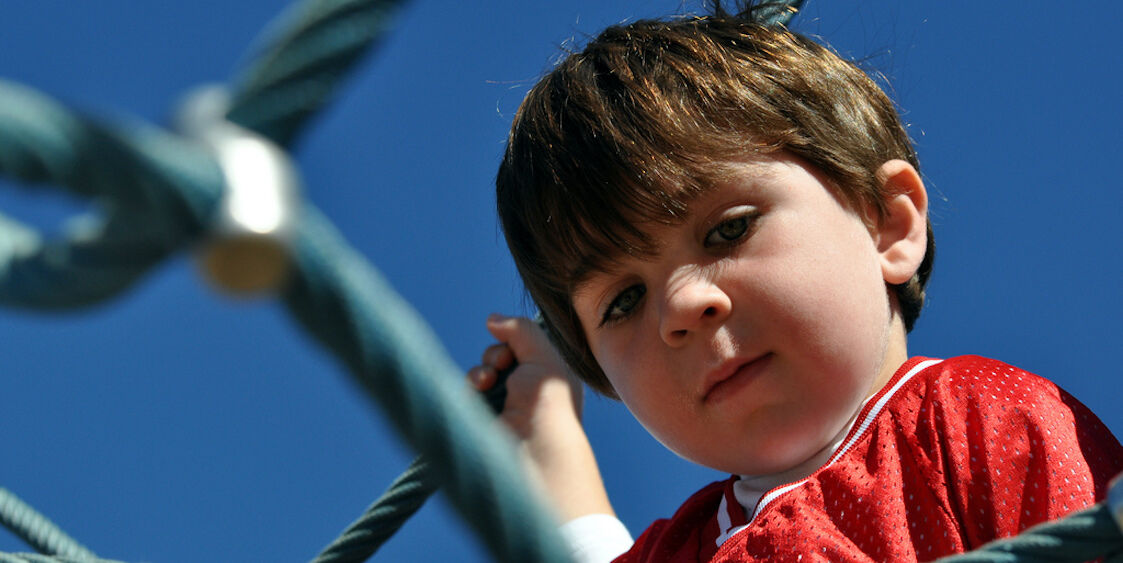