uring the last few weeks of 2016, some celebrities died. Every year celebrities die, of course, but for some reason the deaths of the pop singer George Michael, the actress Carrie Fisher, and Fisher’s mother, Debbie Reynolds, was a trifecta too crushing for humanity to bear. Soon, #f—k2016 was trending on Twitter as people expressed their disbelief and sadness at the death of so many beloved famous people, as well as a more general disgust for the year that had just elapsed. A panicky South Carolina man even launched a GoFundMe page to “Help Protect Betty White from 2016,” which raised $2,000 to keep the Grim Reaper from slaying the beloved Golden Girl. (On the advice of Ms. White, who remains alive and well at age 94, he donated the money to charity.)

Why has the reaction to celebrity death become more intense and more personalized in recent years? More often than not, people act as if the loss of a 1980s pop icon or an aging movie star is a personal affront and feel moved to proclaim their grief on social media in ways that previous generations would have found maudlin and embarrassing.

One reason might be the simple fact that there are too many celebrities. Years ago, in The Frenzy of Renown, the historian Leo Braudy noted that the “expansion of the possibility of fame” had transformed an earlier era’s understanding of what qualified as genuine celebrity and thus altered our standards for judging fame. Today, when Kim Kardashian catches a cold, we read about it; when a contestant who lost on Survivor: Gabon ten years ago dies unexpectedly, the tabloids carry the story right next to news of the latest terrorist attack.

It seems that although we know intuitively that death is the great leveler and that no number of sycophants in your entourage or followers on Twitter or plastic surgeons on speed dial can prevent it, we believe that celebrities are immune to it. Our worship of fame has always been in part an envy of the wealth and control that the famous supposedly enjoy. With social media granting us real-time access to the lives of celebrities, and on-demand entertainment services that provide an endless library of actors’ past film and TV shows, our celebrities (even our B- and C-list celebrities) seem always and ever available to us and immune to the ravages of aging. No wonder their deaths take us by surprise.

Never mind that this conceit allows us to avoid some uncomfortable truths about our heroes, such as the fact that many of the celebrities who died “too soon” in 2016 (Prince, David Bowie, Fisher, Michael) had been or were currently serious substance abusers whose drug use might have had something to do with their foreshortened lives.

The meaning and power of celebrity have also changed in recent years, thanks in large part to reality television and social media, which have permanently obliterated the distinction between performance and reality. As Donald Trump’s recent election victory suggests, you’re only faking it if you don’t win. Our new reality is a world where presidents can hire people like Omarosa Manigault, a former contestant on Trump’s Celebrity Apprentice reality show whom he thrice fired on TV, as “public liaison leader” in his White House. Omarosa (who, like Cher and Madonna, feels she has earned the right to be known by her first name) is a veteran of more than 20 other reality shows. Surely the West Wing will prove a worthy playing field for such cutthroat skills.

The notion that 2016 was an especially awful year was not limited to counting up the deaths of celebrities and demi-celebrities, however. Various memes—such as the plaintive “Dear 2016: Y U No End Soon?”—were popular online in the waning months of the year. And at the end of December, the New York Times editorial board took to the fainting couch to assess the previous 12 months: “Let’s pretend we’re in some cosmic therapist’s office, in a counseling session with the year 2016,” the Times editorial began. (Oh yes, let’s!) “We are asked to face the year and say something nice about it. Just one or two things. The mind balks. Fingers tighten around the Kleenex as a cascade of horribles wells up in memory: You were a terrible year. We hate you. We’ll be so glad never to see you again. The silence echoes as we grope for a reply.” Evidently at the Times, “fake news” is bad, but self-indulgent pap masquerading as publishable writing is fine.

A few lone voices urged perspective. In an opinion piece in the Times, Charles Nevin noted that as bad as the year was, he was still happier living in 2016 than “fiddling nervously with one’s toga while awaiting the arrival in Rome of the Visigoths (in 410) or the Vandals (in 455).”

But most news outlets endorsed the suffering its readers were enduring and offered advice on how to get through the next 12 months. “Those who feel miserable and afraid have plenty of justification,” the Times’s editors wrote. “For many it was the election of a president unfit for the job. He seems to want to run the country like some authoritarian game-show host, but we don’t really know what he’ll do, and uncertainty worsens the sickening feeling.” (Imagine those words beings written in the wake of Obama’s election in 2008.)

The future isn’t fake news. It’s emotionally manipulative “news” that deliberately blurs the boundary between reality and performance. In the early weeks of the new year, Kim Kardashian, who had sworn off social media for a brief moment after being robbed in Paris, returned to social media with a professionally crafted “home video” meant to quell rumors of trouble in her marriage. The montage featured images of Kim somehow managing to play with her children while wearing stiletto heels, tasteful shots of toddlers gamboling around luxurious yet suspiciously pristine modern houses, and Kim kissing her husband, Kanye West, all while Jeremih’s treacly song “Paradise” plays in the background. The Potemkin Kardashian video is as compelling as it is manipulative. “Welcome to Kardashian Kamelot,” New York magazine wrote.

In his 1984 book, The Minimal Self, historian Christopher Lasch observed an American tendency toward “emotional retreat” in times of crisis. He described a people notable for “our protective irony and emotional disengagement, our reluctance to make long-term emotional commitments, our sense of powerlessness and victimization, our fascination with extreme situations and with the possibility of applying their lessons to everyday life, our perception of large-scale organizations as systems of total control.” Lasch was writing about possible crises such as global thermonuclear war, but today, on the left, Trump’s election is pretty much considered equivalent.

But unlike Lasch’s time three decades ago, the problem today isn’t emotional retreat; it’s emotional excess. The eagerness to compare 2016 to a plague year is more than just a brief moment of collective cultural narcissism. 2017 might be the year The Feelings Economy finally comes into its own, and emotions become the governing force in how we interpret events: On college campuses, undergrads say they feel unsafe when they hear views that don’t mirror their own—so it must be true. People claim that Trump’s victory makes them feel as if their lives are at risk—so it must be true.

In 2017, fake news will not be the problem; emotionally manipulative news will be. A culture that interprets world events as personal traumas will not be prepared to tackle the serious challenges the world faces in the years to come, from economic instability to terrorism. We need less Twitter-moaning and more tough-mindedness, less emotional wallowing and more rational action. And if you absolutely must temporarily quell your anxieties with reality television, at least watch Deadliest Jobs, not Too Fat to Transition. 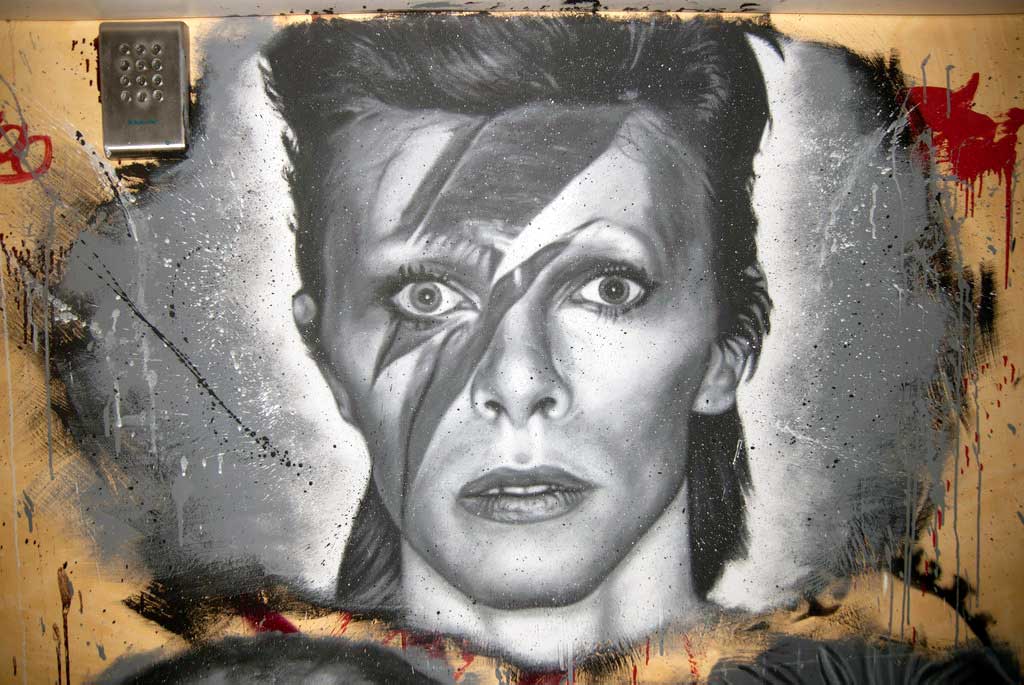