On November 1, approximately 20,000 Google employees in offices from Singapore to San Francisco walked out of their jobs. The walkout was prompted by a New York Times report that, despite claims of sexual misconduct, Google gave Android creator Andy Rubin a $90 million severance package when he left the company in 2014. The purpose of the protest, as outlined by its organizers in New York magazine, was to demand 1) an end to mandatory arbitration in cases involving discrimination and sexual harassment, 2) the commissioning of a “publicly disclosed sexual-harassment transparency report” detailing all of Google’s settlements and dismissals related to sexual harassment, 3) a commitment to “end pay inequity,” and 4) employee representation on the company’s board of directors. “All employees and contract workers across the company deserve to be safe,” the organizers wrote.

Given the breathless treatment of the walkout by the press, you would think this was a historic moment in labor relations akin to the large-scale steelworkers’ or textile workers’ strikes of previous centuries. Left unmentioned was the fact that the vast majority of Google employees (approximately 7 out of 10) chose not to participate in the walkout.

And as the protestors’ demands quickly morphed from specific calls for reform to allegations of “systemic” racism, sexism, and abuses of power, it became clear that the walkout wasn’t the collective action of downtrodden workers seeking to right a wrong. Rather, it was the latest iteration of a kind of identity politics and grievance-mongering all too common on college campuses—only this time it was playing out on the campuses of technology companies that have long prided themselves on their supposedly progressive values.

Unlike workers who strike for better pay or benefits, Google employees weren’t walking out to protest oppressive working conditions. That would be difficult given that the median salary of a Google employee is $161,000 plus benefits; it is the best-paying large company in the U.S., according to Business Insider. This is probably why walkout organizers took pains to align their cause with that of workers who make a lot less than they do. “This is part of a growing movement, not just in tech, but across the country, including teachers, fast-food workers, and others who are using their strength in numbers to make real change,” walkout organizers claimed in a press release. It’s also why Senator Elizabeth Warren used the walkout as an opportunity to promote legislation that would encourage greater federal-government meddling in the free market. “I stand with those calling for an end to sexual harassment & discrimination @Google,” Warren tweeted. “My Accountable Capitalism Act would answer 1 of their demands by letting workers at big companies choose 40% of their Board members, giving them a real seat at the table. #GoogleWalkout.”

But this is no working-class revolt. Google employees might have initially walked out because of dissatisfaction with sexual-harassment policies at the company, but they quickly moved to denounce Google as an all-purpose oppressor. As Forbes reported, workers at the walkout in San Francisco chanted, “Time’s up on sexual harassment, time’s up on abuse of power, time’s up on systemic racism, enough is enough.”

Google CEO Sundar Pinchai responded quickly to the protests with apologies and a “comprehensive action plan” that included an end to mandatory arbitration, “more granularity” regarding sexual-harassment investigations, and an expansion of sexual-harassment training. In typically banal corporate diversity-speak, he also committed to “creating a more inclusive culture for everyone.”

Walkout organizers weren’t assuaged, and they weren’t satisfied with specific remedies regarding sexual harassment. “The company must address issues of systemic racism and discrimination, including pay equity and rates of promotion, and not just sexual harassment alone,” they wrote in a Medium post responding to Pinchai’s proposed policy changes. They complained that Google’s response “troublingly erased” the demands that focused on “racism, discrimination, and the structural inequity built into the modern day Jim Crow class system that separates ‘full time’ employees from contract workers.” They said that “these forms of marginalization function together to police access to power and resources.” As organizer Stephanie Parker argued, “they all have the same root cause, which is a concentration of power and a lack of accountability at the top.”

Complaints about concentrations of power are a bit rich coming from Google employees, since the concentration of power is Google’s business model. Google controls 75 percent of online search and 90 percent of search on mobile devices, to say nothing of its 42 percent share of online advertising and other products. Like its Big Tech peers Facebook and Amazon, Google aggressively buys out smaller competitors, and in 2017 it spent more on lobbying lawmakers than any other company in the country. Employees no doubt knew this when they accepted jobs there. It’s not a company you work for if you’re a fan of the little guy.

Which makes these employees’ newfound class consciousness somewhat risible. Lobbying for changes to specific company harassment policies and procedures is one thing; positioning themselves as modern working-class heroes and progressive leaders is less persuasive, especially given the narrow range of what passes for acceptable progressive beliefs in the tech world these days (remember James Damore?)

The Google Walkout for Real Change, as it is now styling itself, promises more ideological fire drills on tech campuses in the future. “If we want to end sexual harassment in the workplace, we must fix these structural imbalances of power. This is a global movement, and the beginning of our continued work, not the end,” walkout organizers wrote.

And it’s likely to spread beyond Google. As the 2018 Deloitte Millennial Survey found, “millennials—and now Gen Z—are acutely attuned to business’ wider role in society, and overwhelmingly feel that business success should be measured beyond financial performance.” The survey found that “three-quarters of millennials believe multinational corporations have the potential to help solve society’s economic, environmental, and social challenges.”

In other words, forget bread and roses. Today’s young workers—such as Google’s privileged tech employees—want global businesses (rather than democratically elected officials or faith communities or individual citizens) to enact social change. Like their peers on campus, they protest in the name of justice. Unfortunately, what they’re demanding looks a lot more like ideological conformity. 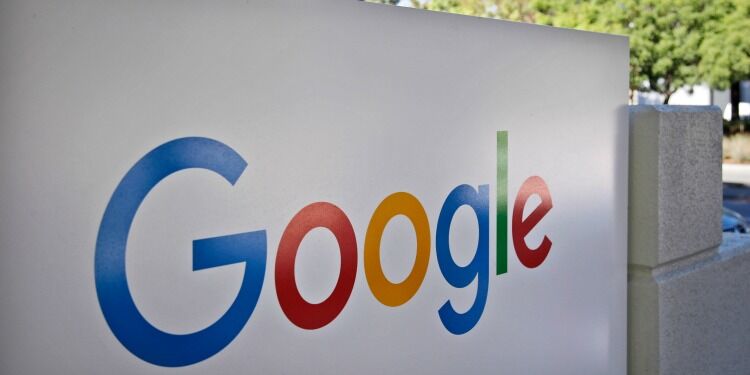