Have you noticed more and more politicians broadcasting their visits to the dentist or live-streaming themselves cooking their favorite Instant Pot mac-and-cheese recipe or posting footage of themselves chugging beer in their kitchen (as Beto O’Rourke and Alexandria Ocasio-Cortez and Elizabeth Warren have all done)? You’re not alone. These efforts at hyper-authenticity are rapidly becoming the new normal.

Politicians who wanted to seem authentic used to have it much easier. They could show up at a diner and talk to locals, visit a police or fire station; or appear at the opening of a new factory—all with an eye to generating a few flattering photo opportunities. Add a few earnest television interviews and a friendly magazine profile, and one’s authenticity was confirmed. As Daniel Boorstin outlined in his 1962 book, The Image, as far back as FDR, politicians used staged press conferences and calculated leaks to enlist the press and the public in efforts to create “pseudo-events” designed to cast the politician in the most flattering light.

Today’s politicians must go far beyond the “pseudo-event.” They must generate pseudo-intimacy. And they must do so across many more media platforms. Unlike older efforts at image management, however, success or failure is not determined by public opinion or by one’s political critics; it’s in the hands of the politician’s followers, who increasingly behave less like responsible citizens and more like fans.

Alexandria Ocasio-Cortez has mastered the art of pseudo-intimacy on Instagram and Twitter, which is why she looms far larger in the public imagination than her so-far modest accomplishments should allow. “I keep things raw and honest on here since I believe public servants do a disservice to our communities by pretending to be perfect,” she tells her followers. Her Instagram feed is filled with appealing images of her blowing bubbles with kids, complaining about Columbus Day (because: genocide), and, yes, using her Instant Pot—interspersed with a few carefully curated glamour shots of her posing around the Capitol with her new colleagues or appearing in Vanity Fair.

During her campaign, she posted a series of Insta-stories answering people’s questions because she claimed she was “demystifying the process of running for office” (she was being followed around by a professional documentary film crew at the time). An expensively produced election ad showed her doing everyday things like getting dressed in her modest apartment, waiting for the subway, and talking to people on the street.

She is a master at a form of communication first explored by sociologists Donald Horton and Richard Wohl in a study published in 1956 in Psychiatry—the “para-social relationship.” It is what Horton and Wohl called “this seeming face-to-face relationship between spectator and performer.” The object of their interest was the new breed of television personalities who emerged in the 1950s: hosts of game shows and interview programs who behaved informally on-screen and offered up personal details of their own lives for their viewers.

The intimacy they cultivated, they wrote, was driven by a “simulacrum of conversational give-and-take.” Although viewers might feel that they were getting to know the performer intimately, the interaction was “one-sided, nondialectical, controlled by the performer, and not susceptible to mutual development.” It was, in fact, a carefully crafted illusion.

Horton and Wohl were especially interested in the effect these relationships had on viewers. Why were they so eager for this experience of intimacy, even though it was an “imitation and a shadow of what is ordinarily meant by the word?”

One reason is that the “designed reality” of the TV-show set—like the designed reality of Instagram—encourages them to do so. “They ‘know’ such a persona in somewhat the same way they know their chosen friends: through direct observation and interpretation of his appearance, his gestures and voice, his conversation and conduct in a variety of situations,” Horton and Wohl wrote. “His devotees ‘live with him’ and share the small episodes of his public life—and to some extent even of his private life away from the show.” Today, communications scholars explore the para-social power of Instagram and other platforms on the emotional lives of fans of celebrities (which, if the scholars are to be believed, suggests that one day Taylor Swift will rule us all). But while pseudo-intimacy is no doubt useful to celebrities and the social media “influencers” who have multiplied, gremlin-like, all over the Internet, it has serious drawbacks when transferred to the political sphere.

Politicians who embrace a pseudo-intimate relationship with voters must sacrifice complexity (and often facts) in favor of visually and emotionally appealing content that privileges the personal over the political. In Horton and Wohl’s words: “The standard technique is not to make the private life an absolute secret—for the interest of the audience cannot be ignored—but to create an acceptable facade of private life as well, a more or less contrived private image of the life behind the contrived public image.” The para-social politician is encouraging those interested in him to become the fan of a celebrity, rather than the constituent of an elected official. In seeking fan support, they are also escaping from the more traditional demand that citizens make of their elected officials: accountability.

“The audience” of the TV personality, Horton and Wohl wrote, is “expected to contribute to the illusion by believing in it, and by rewarding the persona’s ‘sincerity’ with ‘loyalty.’ The audience is entreated to assume a sense of personal obligation to the performer, to help him in his struggle for ‘success’ if he is ‘on the way up,’ or to maintain his success if he has already won it.”

When citizens become fans, they are changing the traditional relationship between vote-seeker and voter. They begin to insist that others share their extra-political loyalty to the politician and become overly eager to punish critics. Thus, when someone criticizes a policy position taken by Ocasio-Cortez or Donald Trump, their supporters swiftly organize online mobs to defend them. Similarly, when the facts of a situation are not fully known, loyal fans are quick to project their intense personal feelings instead; and the more extreme the feelings, the more likely they are to dominate the public conversation.

This is perhaps why so many skillful political practitioners of pseudo-intimacy thrive on conflict (and seem overly eager to attack moderates on their own side for failing to choose sides). Conflict is what rallies fans to their cause. But policymaking requires coalition-building, compromise, and old-fashioned deal-making—the kinds of things that are more effectively pursued behind closed doors, not discussed in a two-minute live stream while stirring soup in your kitchen. This is why Instagram is more suited to “informing” people about what Kylie Jenner ate for breakfast than the details of the latest congressional budget resolution.

Machiavelli thought it was better for leaders to be feared than loved. In an age of pseudo-intimacy, the politicians fear being loved too little. At a time when the majority of people get their news and information online (and many are happy to vote for a candidate because a pop star told them to), we need politicians who act less like Instagram celebrities and more like traditional public servants. But what we need and what we’re going to get are two different things. 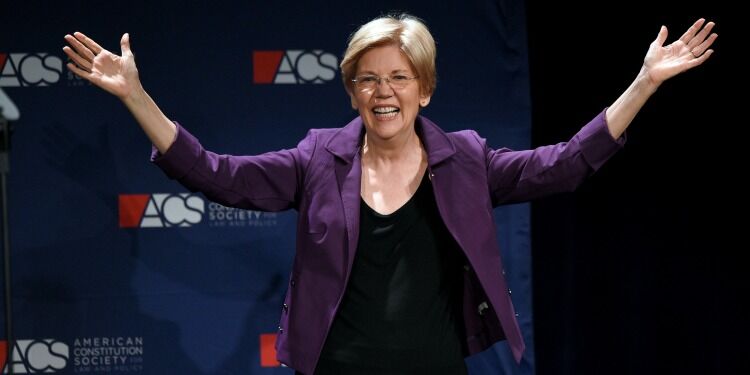