s feminism suffering a GirlPower hangover? Hillary lost the presidency. Beyoncé lost at the Grammys. A much-praised female “She-E.O.,” Miki Agrawal—whose company, Thinx, makes hipster menstruation products—is embroiled in a messy sexual-harassment lawsuit. Feminist novelist Ayelet Waldman confessed to microdosing on LSD to cope with the challenges of life as a middle-aged mother and wife. Even HBO’s whinging millennial melodrama Girls is ending. Chelsea Clinton might have decided to call her forthcoming feminist children’s book She Persisted, but if you look past the pussy hats and $700 Dior T-shirts with “We Should All Be Feminists” emblazoned on them, the mood among once-fervent feminist ladies seems to be more uncertain than persistent.

The feminist entitlement complex that for decades let many self-creation myths bloom—from “a woman needs a man like a fish needs a bicycle” to “My Body, My Choice”—is experiencing a seismic shift. As the girls raised on a diet of empowerment reach middle age, with its attendant challenges, they are realizing that Mother Nature is not a feminist. Biology is still, in crucial ways, destiny. Patriarchy might not be to blame for all of their problems; poor life choices and old-fashioned bad luck play a role, too.

These are not new realizations to all women, of course, but they seem to be making new inroads among self-described liberal feminists. Why now? Perhaps in a culture saturated by Pinterest-perfect images and glossy reality TV, the imperfections of real life can feel like a personal affront when they intrude. Perhaps a generation that sought in its youth to rewrite the rules of marriage, child rearing, and even gender suddenly find themselves in the unwelcome role of middle-aged bureaucrats enforcing those new rules. Perhaps things such as divorce, loss of a loved one, fertility, or health problems—in other words, real life—look different when they are no longer experienced vicariously, but firsthand.

Whatever the reason, a new breed of feminist chronicler has arisen to replace the Shulamith Firestones and Andrea Dworkins of yesteryear. Unlike an earlier generation of feminist writers, whose radical stances barely shifted as they aged and whose insistence that the personal is political never wavered, these new feminist scribes are coming to the realization that the political often has very little to do with the personal, and that it can in fact distract them from adequately confronting life’s challenges. Unlike their foremothers, these women didn’t have feminist “click” moments during a  consciousness-raising session; no, they’ve always been enlightened. Nevertheless, they woke up one day, looked around at their lives (with their difficult spouses and piles of dirty laundry), and asked, WTF happened to my dreams?

For some of these writers, such as journalist Jancee Dunn, the answer is clear: She married a good guy who was completely unprepared for the challenges of being a co-parent. In her new book, How Not to Hate Your Husband After Kids, Dunn describes her attempts to tame her resentment and save her marriage while maintaining a career and being a good mother. It goes without saying that a man who wrote such a book about his wife would be pilloried, but Dunn is no misandrist. She is, however, indefatigable about trying to find the right hacks for every domestic problem and willing to try almost anything to achieve success (including dragging her husband to marriage counseling, interviewing parenting experts and psychologists, and canvassing her married friends for advice).

Dunn’s book offers a window into the assumptions made by a generation of feminist women regarding marriage and motherhood—namely, that if they married men who claimed to be feminists, they would have radically egalitarian domestic lives and thriving careers. Their surprise when the men failed to do enough diaper changing and laundry would be comical if it wasn’t so palpably disturbing for them (hell hath no fury like a Diaper Genie unemptied). Dunn has no trouble finding other women willing to vent their anger at husbands who shirk domestic responsibilities, but none of them seems to realize that the source of her frustrations are the expectations that feminism raised them to have: that men and women are interchangeable in the home and the workplace and so should automatically pick up the slack (and dirty socks) for each other in equal measure.

For New Yorker writer Ariel Levy, whose new memoir, The Rules Do Not Apply, documents an often-harrowing domestic journey, it is not the household and its chores, but Mother Nature, who proves her most intractable foe. A self-described radical and feminist, Levy is clearly appreciative of what she’s inherited from the women’s movement. “Women of my generation were given the lavish gift of our own agency by feminism—a belief that we could decide for ourselves how we would live, what would become of us,” she writes.

Yet like Dunn, Levy is surprised to find herself confronting a challenge that feminism could do little to help her surmount. Like many driven, successful, highly educated women, Levy had always assumed she could conquer her biological clock (and youthful ambivalence about motherhood) through a combination of technology, willpower, and money. Levy’s assumption is revealing of the feminist movement whose values she embraced. For all of its cheerleading about body positivity, gender fluidity, and diversity, the cultural left evinces a surprising moral squeamishness about incorrect bodily desires—such as the fierce yearning of an aging woman who wants to bear children but can’t.

Levy was one of the lucky ones (at first); with her wife’s approval, she was able to conceive a child in her late thirties using donor sperm from a friend who also pledged to offer financial and emotional support for the baby. Here, too, Levy finds herself surprised to depart from her feminist assumptions. One of the most radical revelations in her memoir isn’t her discussion of her bisexuality, or her gay marriage, or her infidelity. It was her admission that, once pregnant, she found herself indulging in fantasies of domesticity and motherhood that would seem familiar to a 1950s housewife.

These fantasies tragically end when Levy suffers a miscarriage while on a reporting assignment in Mongolia. Her overpowering grief at the loss of her child at 19 weeks is magnified by the fact that contemporary culture offers little in the way of ritual to validate her experience. For all of the maudlin scenes of heartbreak broadcast on reality TV, and the ease of hashtag emotional display (#blessed) on social media, in everyday life—particularly after the loss of a baby—our culture offers little guidance or respect for those who grieve. Her descriptions of her purgatorial status—she was a mother, but her child died; is she still a mother?—also complicate the usual narratives enlightened women craft for themselves when it comes to having children.

Levy mentions that she once asked New York Times columnist Maureen Dowd if Dowd had ever wanted to have children. Dowd responded, “Everybody doesn’t get everything.” Levy confesses that her younger self was shocked by Dowd’s answer, hearing it as “a statement of defeat.” After what Levy has gone through, however, “admitting it seems like the obvious and essential work of growing up.” What Levy comes to realize—that control is an illusion, and loss is part of life—brings her to a worldview that might best be described as postmodern stoicism: “It has been made overwhelmingly clear to me now that anything you think is yours by right can vanish, and what you can do about that is nothing at all.”

But Levy’s memoir is also in some sense a memo to the feminist movement from which she sprang, fully formed, as a scrappy girl convinced she could do anything boys can do—a girl who realizes only in middle age that her sense of empowerment can’t alter reality. The memo’s message? “You control nothing.” This is hardly the stuff of inspiring feminist slogans.

Neither Levy nor Dunn is interested in playing the victim; on the contrary, they both come across as appealingly tough-minded and mordantly funny. But for a feminist movement so focused on encouraging women to fulfill their ambitions, follow their dreams, and listen to their inner voices, these books suggest that the movement’s daughters are reaching self-awareness rather late. As Levy wryly notes, “Daring to think that the rules do not apply is the mark of a visionary. It’s also a symptom of narcissism.” Feminism gave these women the comfortable illusion that they were in control of the uncontrollable. Life has shown them (often painfully) just how much girl power’s reach exceeds its grasp. 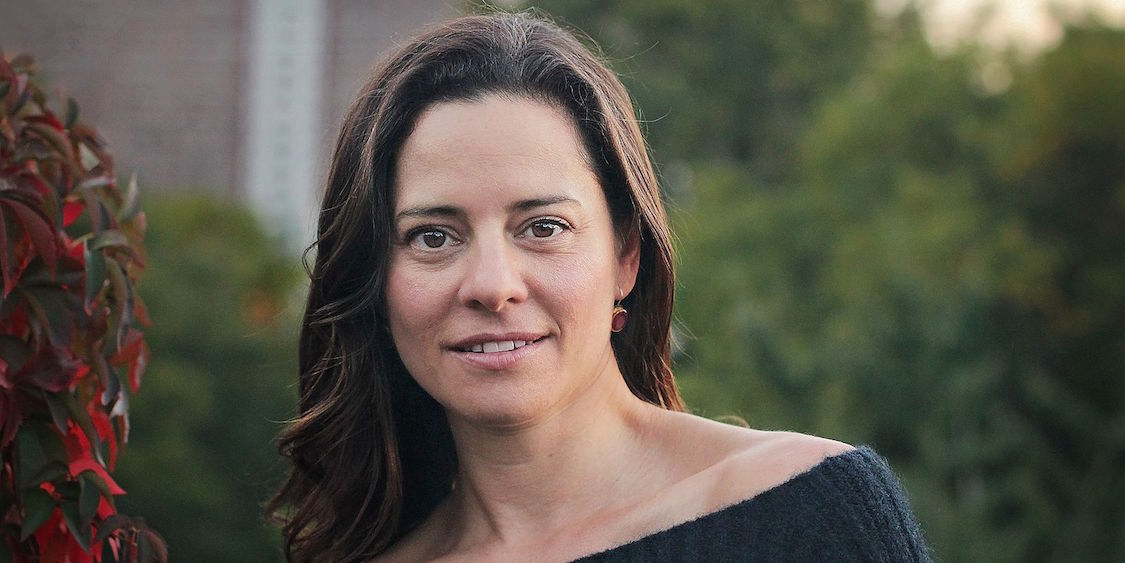