hat is a “bitch”? We are, unfortunately, long past the point when writing or uttering the word is shocking. On the contrary, the word has become a barometer for this particular cultural moment, appearing with ever more frequency in popular entertainment and in political life.

Consider the current presidential race. Writing in the Atlantic about Hillary Clinton’s campaign, Peter Beinart explored the “anxieties that powerful women provoke” and the latent hostility many unenlightened people supposedly feel about the idea of a female president. In Beinart’s telling, Hillary’s candidacy has sparked a “sexist backlash” unlikely to abate if she is elected. His insight came after wandering around the Republican National Convention last summer and seeing merchandise with phrases such as “Life’s a bitch. Don’t vote for one” emblazoned on them, as well as other creative uses of the B-word to describe Hillary. This, in turn, reaffirmed his belief that Hillary’s Nixon-like level of political paranoia is justified. “Growing paranoid is easy, when, because of your gender, people really are out to get you,” he argued.

And yet, no less a feminist stalwart than Tina Brown, in an interview with the BBC, suggested that if she wants to win, Hillary should “own her inner bitch.” Writing in the New York Times recently, Andi Zeisler (founder of Bitch Media and so, you know, an expert on the subject of bitchiness) argued that Clinton is “the Bitch America needs.” Today, many feminists believe that the way to undermine the hurtful stereotype of “the bitch” is to embrace it, coopting the patriarchy’s power by turning its own words against it.

Declaring oneself a bitch is, in this view, empowering. It was the animating force behind the 1990s feminist publication Bitch magazine and the more recent embrace by women of the moniker “Boss Bitch.” The Urban Dictionary defines a “boss bitch” as “a female that is extremely successful, stunting, and has plenty of power.” BuzzFeed recently offered a helpful listicle, “22 Things Only a Boss Bitch Will Understand,” outlining the Boss Bitch’s more notable characteristics (#3: Because you speak your mind people often hate on you, but you don’t take shit from anyone ever). There is even an entire “Bitch Series” of novels written by Joy Deja King.

The Girl Power training wheels have come off. We’re in the era of the Boss Bitch. And Hillary is poised to become the bossiest Boss Bitch around.

If Hillary is the contender for head political Bitch, the prime mover of the Bitch reclamation effort might be Cathi Hanaeur, a novelist and Elle contributor who in 2003 edited the bestselling essay collection, The Bitch in the House, and who has just released a sequel, The Bitch Is Back, to great acclaim. Unlike Hillary, whose relentless pursuit of power is confined to the public sphere, Hanauer and her fellow contributors are concerned with the private sphere—especially the annoying men in their lives who don’t read their minds and don’t do their share of housework.

“Bitch” has many definitions when used as a noun (from female dog to harridan), but in its verb form it means “to complain.” It is this meaning that best describes the Bitch in the House oeuvre. The first book’s opening line memorably read, “This book was born out of anger,” and the causes of that anger were easy for contributors to locate: men, but also that conveniently phantom menace, “society.” We angry women have “too much to do in too few hours. Not enough help from society and, sometimes, spouses,” Hanauer wrote. Most of the essays contained lengthy complaints about the unfairness of marriage and how domestic drudgery had swamped self-fulfillment. Asked why she hadn’t married her partner of 11 years, for example, contributor Catherine Newman responded, “Um, maybe because marriage is a tool of the patriarchy?” (She also blamed the Religious Right.) “I was dull and angry and bored,” wrote another contributor, Jill Bialosky. “I was angry that my husband did not realize how much I was moving away from him . . . I was furious that he wasn’t interested in my life.” Others complained about lackluster sex lives and the challenges of raising small children. And so on, ad bitcheum.

The conceit of the sequel, The Bitch Is Back, is that, 13 years later, the contributors have learned from their experiences (and nearly finished raising many of those small children) and are now less focused on their anger and more on finding happiness (however they define it). The two book covers signal this: The earlier Bitch book featured a snarling lipsticked mouth; the new one has a pleasing pair of eyes, one slyly winking.

What wisdom can we glean from the collective experience of the bitch’s brush with “enlightened middle age?” Well, menopausal bitches are angrier at Mother Nature than men, which, in a perverse way, is refreshing. They have racked up many more experiences, including co-parenting plans gone terribly wrong, deaths, breakups, and a few tender reconciliations. There are Goldilocks-like sex challenges (one woman’s husband wants too much; another woman fears she’s having too little, and the woman who believes she’s found sex that’s “just right” instead ends up with a sciatica flare-up). One writer (who also happens to be the president of Barnard College) spends tortured amounts of time worrying about how much and which kinds of plastic surgery she should get. Does “nipping and tucking and suctioning and hormoning” disqualify one from membership in the Bitch Club, she asks?

It’s easy to mock the solipsism in some of these essays, but beneath the self-righteousness and perennial annoyance with society’s expectations isn’t anger, but disappointment—disappointment that the men in their lives still don’t measure up to a standard that, ironically, is based more on pre-feminist ideals of manhood than gender egalitarianism.

What these women say they want is 50-50 partnerships. What their anger and their stories show is that they want partners who are willing to sacrifice themselves and be thoughtful about the sacrifices of others. In other words: They want chivalrous men, honorable men. The handful of appealing men who appear in these stories are the ones who display these qualities; they also, surprisingly, are all younger, some significantly so, than their self-described bitch partners. Hanauer and her contributors make a big fuss about contrasting themselves with the old Victorian ideal of the “Angel in the House” described by Virginia Woolf (“She sacrificed herself daily . . . if there was a draft she sat in it”). But what they really want is to act like bitches but be treated like angels.

Which brings us back to Hillary. She’s much like the contributors to The Bitch Is Back (indeed, if she really wanted to reach millennial voters she would have made that phrase, not the milquetoast “I’m With Her,” her campaign slogan). She happily plays the Angel to Donald Trump’s Devil on the political stage (“When they go low, we go high,” etc.) and insists that Trump behave like a gentleman while she’s allowed all manner of scolding and, yes, bitchy remarks. She can accuse Trump and his supporters of implicit bias (racial and sexual) yet never field questions about her own. She can determine that being called a bitch is insulting and evidence of misogyny when said by the wrong person (anyone at a Trump rally) but empowering when voiced by a supporter (Tina Brown).

Hillary “aggravates [her opponents’] longstanding discomfort with a woman whose power isn’t situated within the private spheres of marriage or family,” argues Bitch Media founder Andi Zeisler. But as Hillary’s personal history shows, it’s precisely those private spheres where her trouble often begins: “personal” emails deleted from a private server, her marriage to an epically wayward husband. So, too, the Bitch in the House writers who pat themselves on their peri-menopausal backs for “telling it like it is” about husbands, partners, and boyfriends and freeing themselves from the shackles of conventional marriages and domesticity. The tone of the Bitches is best captured by an old Elton John song, “The Bitch Is Back,” which features the line: “I can bitch, I can bitch, ‘cause I’m better than you.”

The only thing they’re better at doing, however, is airing grievances that, in the end, have brought them not happiness, but weary resignation—an emotion voters will no doubt be feeling this month. There’s no White Knight to save us. 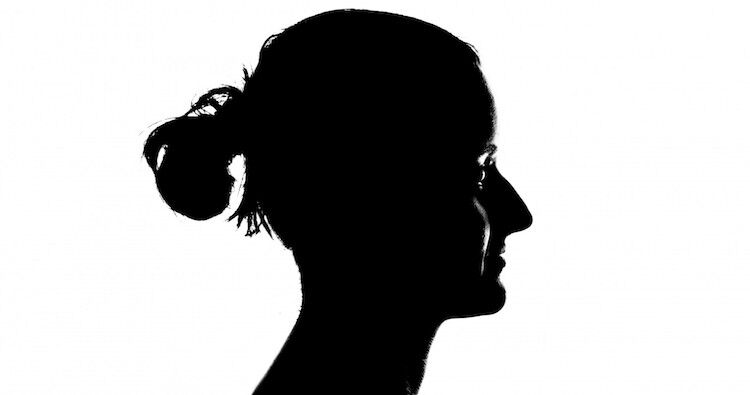