Isaac Shoshan was born in Aleppo in the early 1920s. The son of a janitor, he grew up poor, living in a small space with several other families, eating mostly flatbreads cooked with the help of cow dung. His mother died when he was a child, and he did not know his birth date. He learned Torah in school and read the verses about the land of Israel. When an emissary from the Zionist movement came to the community and told the Jews of Aleppo that the places they had so long read about and the sites that they had so long sworn to one day return to were real, and only hours away, Isaac paid a smuggler to help him cross the border. He thought he was leaving the Arab world behind. He was wrong.

Matti Friedman’s enthralling new book, Spies of No Country, tells the story of a Palmach unit called the Arab Section. The Palmach was the underground Jewish army that fought in British Palestine; with the establishment of the Israel Defense Forces, the Palmach disbanded and many of its members became the IDF’s top brass. The section had been an experiment in intelligence. Instead of paying Arab collaborators for expensive and unreliable information, the unit trained Jews like Isaac to pass as Arabs. These spies were the Mistarvim—the ones who became like Arabs. The challenges were immense, and not purely because spycraft is a difficult trade to learn. The army had no financial resources. “It wasn’t just that the Palmach couldn’t afford to pay salaries,” Friedman writes. “The unit couldn’t always cover bus fare or a cheap plate of hummus for lunch, and on at least one occasion, agents had to stop trailing a target because they didn’t have money for a night in a hostel.”

There were other problems. Though Isaac and his counterparts were from the Islamic world, “they’d known little of the majority religion beyond the danger it posed to people like them.” The section was filled with men like Isaac who were born in Syria but never felt part of the regular Aleppo community. They had to learn everything: Arab etiquette, the verses of the Koran, specific dialects, cover stories, how to prepare for prayer. These men were among Israel’s first spies, and yet to call them “Israeli” would be anachronistic. Instead, these heroic figures began spying for their country long before it really was a country, and before it really was theirs.

None of this stopped Isaac, or the book’s three other protagonists, Gamliel Cohen, Havaukuk Cohen, and Yakuba Cohen (none were related). Sometimes their tasks involved blending in with the Arabs in Jaffa or Haifa while they were there to gather intelligence and, sometimes, act on it.

One heart-pounding incident began when Isaac—whose alias was Abdul Karim—noticed a truck that had been recently painted to look like a British army ambulance. Further intelligence revealed that the ersatz ambulance was being fitted with a bomb that would be used to blow up Cinema Ora, a movie theater in what was then Haifa’s Jewish quarter. There was little that could be done by the powers that be in the Jewish community.

It was February 1948, and “they didn’t have an aircraft, artillery, or anything that could honestly be called a military unit. Had these existed they couldn’t have been used anyway, because the British were still in charge and trying to keep the lid on.” A decision was made. The spies would blow up the Arab truck bomb. Without a proper detonator, they were forced to rely on an acquaintance who knew how to rig a condom to function the same way. “By Friday night,” Friedman reports, “the night before the operation, they’d ruined so many condoms that they had to buy more, but it was the Jewish Sabbath and all the pharmacies were closed.” After a while, one member of the team tracked down a familiar pharmacist and begged for condoms, after which the pharmacist, before reluctantly selling them what they needed, “suggested he just restrain himself.” With the necessary tools in hand, the spies succeeded in their mission, saving lives and simultaneously proving that the Arab Section could and would succeed.

Other times, the missions took them a bit farther afield. Gamliel, a Jew from Damascus, posed for a long time as a patriotic Palestinian Arab living in Beirut. Isaac/Abdul Karim and Havaukuk/Ibrahim would eventually join him, but finding him—and ensuring their safety until they did—proved more complicated than they had anticipated. When the pair first arrived in Beirut, they stayed in a room that shared a courtyard and a communal toilet with several other tenants. One day, a woman used the bathroom after Isaac and made a startling discovery: “This working-class Palestinian Muslim, Abdul Karim, used toilet paper, a habit that was Western and middle class. The locals used water, as Isaac had before reaching the Land of Israel and picking up new ways.” It was the smallest of details, something they had never discussed in what had passed for spy training, and yet it could have cost them their lives. Not everyone was so lucky.

In one particularly distressing moment, Friedman describes how two Iraqi Jews sent back into the Arab world to spy for the nascent state were discovered when one of them didn’t properly perform the ritual washing before prayer. That moment of hesitation, that second of confusion and doubt, that was enough, and that was the end: “It would be three decades before they were discovered by construction workers, and nearly six before they were identified in 2004 as Gideon and David, both twenty-one years old.”

For the Mistarvim, identity was a fluid concept. They were born Jewish. They were born Arabs. Eventually, they become Israelis. In critical moments throughout the book, their amorphous existence placed them in strange and dangerous situations. When Gamliel/Yussef crosses into Tel Aviv to get in touch with his superiors, he finds himself kidnapped from a park bench. He protests in Hebrew, but to no avail. Eventually he finds himself face to face with a familiar Palmach officer who cackles as he tells Gamliel’s abductors that they’d made a mistake: “This wasn’t the enemy.… It was the Arab Section.” 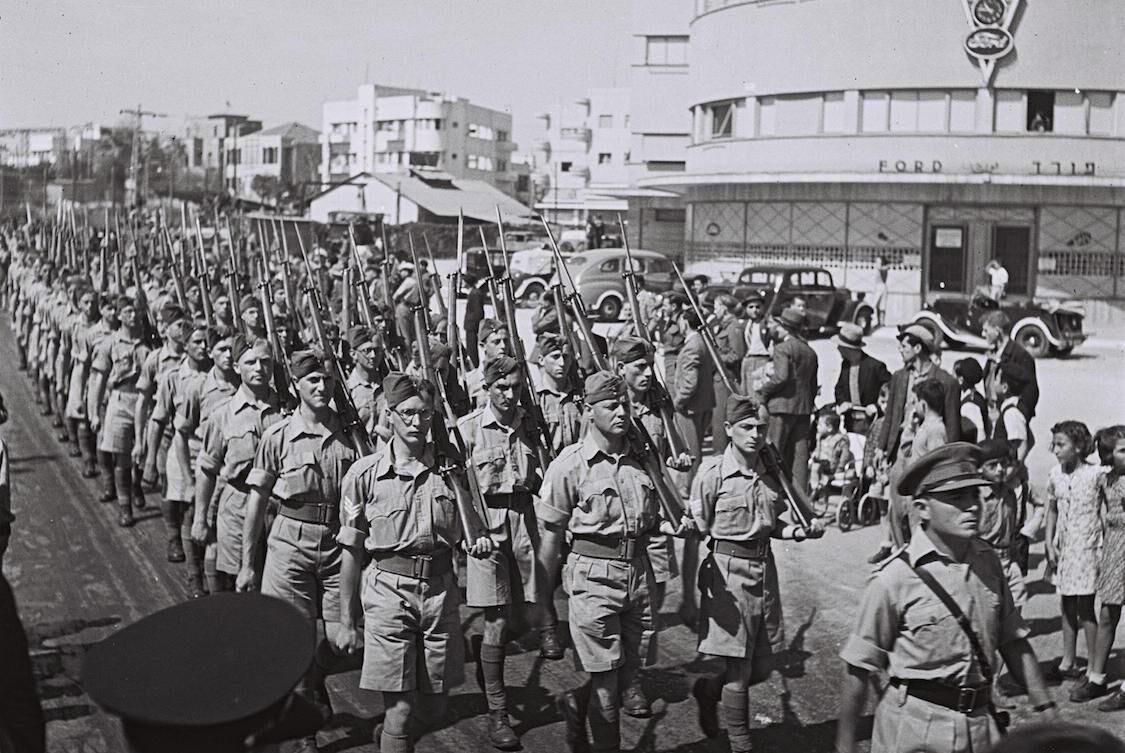 Was T.S. Eliot a Scoundrel?

The Study of Man: The Dark Ground of Prejudice: The Revolt against Rationality

The Outlook for France’s Jews:The National Crisis Threatens Their Security