The first known crime in what is now New York City occurred in the 1620s, when the Lenape Indians scammed their new Dutch friends by selling them Manahattan island twice. Ever since, the city has been a bubbly cauldron of vice, mayhem, and chicanery. From the crooked coppers of the mid-19th century and their adversaries, the Dead Rabbits, Plug-Uglies, and Hudson Dusters, through the reign of the Jewish Kosher Nostra mobsters such as “Lepke” Buchalter and “Bugsy” Siegel, the bloody rule of the Italian hoods, the Russian mafia in Brighton Beach, and the crack-murder epidemic, New York has been one endless film noir. But who knew there were pirates, too?

“An 1850 police report estimated the presence of between four hundred and five hundred pirates in New York City,” writes Rich Cohen, the author of Tough Jews and other true-crime sagas, in his new book. “To the police, a pirate was any criminal who made his living on the water, attacking and robbing ships beyond the jurisdiction of the landlocked coppers….Most river pirates were boys, twelve to eighteen years old, divided among a dozen or so outfits. The Slaughter Housers worked out of Slaughter House Point; the Patsy Conroys worshipped their martyred founder; the Short Tails were known for their favorite kind of coat.” They competed with the Swamp Angels, the Border Gang, the Buckoos, and the Daybreak Boys, who struck at dawn then escaped into the sewers.

Albert Hicks, the protagonist of Cohen’s tangy new book, The Last Pirate of New York, was no waterborne juvenile delinquent. Remarkably handsome and sturdy, with piercing black eyes, gleaming white teeth, and a scraggly beard, he was a psychopathic serial killer avant la lettre. By his own account, before he landed in New York, he freebooted around the world’s sea lanes in the decades leading to the Civil War and left a bloody wake. Hicks, writes Cohen, “is the closest thing the New York underworld has to a Cain, the first killer and the first banished man, carrying that dread mark: MURDER.”

That aria is characteristic of Cohen’s febrile approach to Hicks’s story, but it’s such a good yarn that even his wilder cadenzas can’t curdle the narrative. It begins in March 1860, when Hicks signs on using the nom de mer William Johnson as first mate on the A.E. Johnson. It was a midsized oyster sloop that would sail down to Virginia, fetch a load of oysters paid for in gold and silver by its young captain, and then return quickly to New York with its perishable cargo for sale at the Fulton Fish Market. Hicks had chosen the sloop because he knew that the captain, George Burr, had the money in gold and silver—more than $5,000 today—in a sack stowed aboard and that there would be only two other young crewmen to deal with.

He wasted no time. Around midnight, a few hours after the sloop sailed, he hid an axe from the pilot house at his side and approached 23-year-old Oliver Watts at the helm. Distracting him with a question about the Jersey shore—“Is that Barnagat Light?”—Hicks whacked him twice in the back of the neck with the axe. Oliver’s younger brother, Smith, heard the commotion and peered out of the cabin door. Hicks asked him the same question—then decapitated him with a single blow, his head rolling down the deck. Then Hicks climbed down to the captain’s cabin. Burr was sitting in his bed, Smith’s severed head resting at his feet. “What’s happening?” asked the captain. “I think I see Barnagat Light,” replied Hicks. They grappled until Hicks got leeway to swing the axe again, nearly slicing Burr’s skull in two like a cantaloupe. Back on deck, Oliver Watts, amazingly still alive, lunged for Hicks, who threw him over the side. Watts grabbed the rail and hung on—until Hicks chopped his fingers off and he fell into the sea. Then Hicks dumped the other two bodies.

The decks and Burr’s cabin were awash in blood. Hicks tried to clean some of it up. He found the captain’s money and took his watch and a few other things. He turned the sloop back toward New York and burned three holes in the deck to try to sink it. But in the inky night, his boat collided with another, losing its bowsprit and part of a mast. While the captain of the other vessel tried to figure out what was going on, Hicks grabbed his loot, jumped into the A.E Johnson’s yawl—its rowboat—and headed for Staten Island three miles away. The ghost ship was eventually towed back to the city, the nightmarish scene of the crime scrutinized by the police, and the manhunt for the murderous pirate was on.

The pursuit was textbook procedural, circa 1860. No DNA tests, fingerprints, suspect photos, computer databases—just shoe leather and good luck. Hicks was certain he would never be caught or tried because he’d deep-sixed the bodies of his victims. He moved about, buying rounds of drinks in every dive, carrying his loot over his shoulder in a big duffel or hiring an urchin to heft it. Detectives found enough witnesses to establish that Hicks was the killer and to trace his escape route, eventually by way of trains and ferries to Providence, R.I., where he holed up in a rooming house with his myopic wife and baby son.

The story was a broadsheet sensation—there were no tabloids then—the O.J. of its era, especially because a New York Times reporter, Elias Smith, was embedded, as we say today, with the cops and aided the capture. The evidence against Hicks was overwhelming—he was caught with the coin converted to cash, the captain’s watch, and a daguerreotype of the beloved of one of the Watts brothers. Eerily serene, he denied any knowledge of the crime. He was locked up in Cell Number 8 on the Murderers’ Corridor in the brand-new municipal jail called The Tombs, where the well-connected and the curious were allowed to peer at him through the bars as he awaited trial.

The trial was held in federal court because the killing took place in the Atlantic. It was a sensation, too, remarkably formal and conscientiously conducted. There were no bodies of the victims, so the prosecution could not charge Hicks with murder. Instead, the U.S. attorney chose piracy, which conveniently carried the death penalty. Hicks sat placidly next to his lawyer while the prosecution called 27 witnesses. The defense called only two. The jury took seven minutes to convict him, and he was promptly sentenced to be hanged on Bedloe’s Island in the harbor, later the site of the Statue of Liberty.

That turned out not to be the climax of the story. Hicks finally realized he was doomed and his serenity melted. He became the protégé of a Jesuit priest celebrated for ministering to the damned. He submitted himself to have his head examined by a leading phrenological charlatan. He cut a deal with P.T. Barnum to have a life mask cast for a wax figure to be displayed at Barnum’s museum right after his execution. And, to provide for his wife and son, he decided to confess for a tell-all book.

Hicks’s life story—at least the book published on the day he was hanged—turned out to be a picaresque masterpiece. A recalcitrant boy, he’d run away from his home on a Rhode Island farm at 15 and had essentially been a criminal ever since. First jailed for stealing luggage at a train station, he escaped so often that he wound up spending a year in solitary confinement. Released, he signed on a whaling ship, the first of dozens of journeys that took him around the world, stoking mutinies and murdering officers. With an equally bloodthirsty confederate, he marauded on land, too, in the tropical Edens of Hawaii and Tahiti, during the gold rush at Sutter’s Mill in Northern California, in Mazatlan, Rio de Janiero, Montevideo, and Buenos Aires. They hit Liverpool and New Orleans, too. Later, he commandeered his own pirate ship, buccaneering from Gibraltar to the Dardanelles.

He stole uncounted treasure and spent it all. Had he killed 20 men, 30, 50? Hicks couldn’t be sure, but he knew why he did what he did. It was all revenge—he had been driven to the dark side by the way the world had tormented him as a youth. There had actually been five on board the A.E. Johnson that fateful night. “The devil was the fifth personage,” he said. “He possessed me and urged me on to do it.”

Cohen seems compelled to invest Hicks with the kind of cultural and historic resonance he doesn’t deserve. “He was the soul of America, courageous yet grotesque,” Cohen writes. “Because Albert Hicks was a key figure, transitional, hinge—he belongs with Captain Kidd and John Gotti, the last pirate…but also the first gangster…the danger and excitement of the city in the shape of a human being.” As Freud never said, “Sometimes a cigar is just a cigar.” And sometimes a good yarn is just a good yarn. 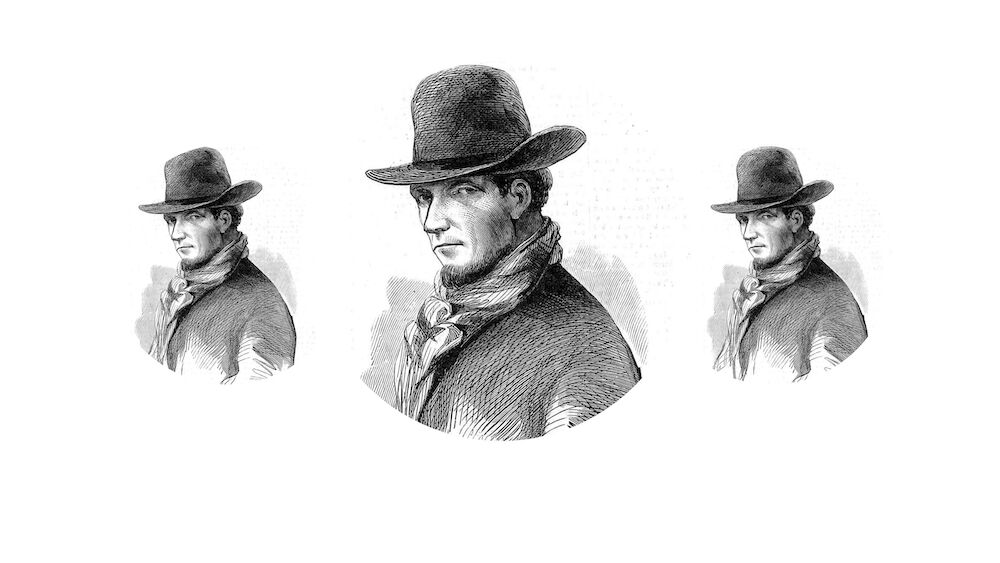 Edward Kosner is the author of It’s News to Me, a memoir of his career as the editor of Newsweek, New York magazine, Esquire, and the New York Daily News. His article, “Bright Lights, Blighted City,” appeared in our March issue.