At first glance, it is not immediately apparent that the life of Richard Holbrooke, the longtime Democratic foreign-policy hand, merits a major work of biography. His highest governmental rank was that of assistant secretary of state for East Asian and Pacific affairs, which he attained at the (then) record age of 35 and held for the duration of the Carter administration. For the ensuing dozen years of Republican rule, Holbrooke worked on Wall Street and ghostwrote the memoirs of Clark Clifford, one of the postwar foreign policy “wise men” who led the sort of legendary career to which Holbrooke aspired. As ambassador to the United Nations for 17 months in the late 1990s, Holbrooke did serviceable work but hardly distinguished himself as did his predecessors Daniel Patrick Moynihan and Jeane Kirkpatrick. In the final years of his life, he assumed the unenviable task of being President Barack Obama’s special envoy for Afghanistan and Pakistan, in which capacity he was constantly stymied and whose stresses killed him at the age of 69.

George Packer, long of the New Yorker and now the Atlantic, argues for the epochal significance of Holbrooke’s life in the subtitle of Our Man: Richard Holbrooke and the End of the American Century. Beginning his diplomatic career as a precocious and extremely ambitious young foreign-service officer posted to Vietnam, Holbrooke, unlike many men of his generation and political leaning, did not lose faith in American power. “Vietnam sorted most foreign policy types into extreme hawks and doves,” writes Packer. “Few came out of the war, as Holbrooke did, speaking the liberal internationalism of his heroes from the Truman years.” That sense of purpose propelled Holbrooke throughout his career, culminating in his crucial role negotiating a peaceful end to the Bosnian war of the 1990s, which was also, Packer argues, the high-water mark of American power.

Packer is a graceful stylist with a knack for summing up historical eras in catchy phrases. Jimmy Carter’s “cloying confessional style” was a “perfect fit with the mellow populism of the mid-seventies.” The stardom of network news anchors in the following decade (a reference to Diane Sawyer, one of the many glamorous women Holbrooke bedded) occurred at “a halfway point between Cold War sobriety and the celebrity s—box, between Walter Cronkite and Laura Ingraham.” Our Man defies conventional biography with its conversational tone; Packer writes in the voice of a Holbrooke confidante, not a neutral reporter. The postwar Wise Men “didn’t take a piss without a strategy,” “There isn’t much to tell you about the Peace Corps years,” Holbrooke “was a star-f—er,” and Slobodan Milosevic was “born in a provincial s–thole an hour from Belgrade.” Packer pointedly excludes an index, exempting his book from the ritualized “Washington read” that ego-driven denizens of the capital like Holbrooke made a term of art.

While engaging and at times even novelistic, this narrative style enables Packer to skim over whole swathes and important aspects of Holbrooke’s life deserving of more scrutiny, such as his Jewish origins. (“Do you mind if we hurry through the early years?” is how Chapter One begins.) Holbrooke’s immigrant parents concealed their Jewishness, and Packer raises it only sporadically. Whether Holbrooke’s ancestry played any role in the formation of his foreign-policy views—in particular, his inclination toward humanitarianism—as it did for so many other Jews of his generation, is a question Packer leaves unaddressed. While Holbrooke eventually accepted his Jewish identity for public consumption (as a mere formality to be dispensed with before assuming the ambassadorship to Germany, done so more for the benefit of his hosts than his own edification), he was also cremated, a fact Packer mentions in passing, as if it had no transcendent import.

When he was alive, Holbrooke had a well-earned reputation for heedless ambition. In death, thanks to Our Man, it will be permanently etched into history. Packer excavates numerous examples of Holbrooke’s massive self-regard and just plain bad manners. Pushing aside Holocaust survivors to make room for himself at an Auschwitz commemoration, propping up his bare and engorged feet on desks, demanding that two employees at the U.S. mission to the UN be fired for not recognizing him in an elevator; these are just some of the more memorable episodes of egomania Packer recounts. “I like Deek,” Slobodan Milosevic tells an American diplomat. “But for sake of career he would eat small children for breakfast.” (Quite an assessment from the Butcher of Belgrade.) Packer relates Holbrooke’s tendency during meetings to slide his chair gradually from the back of the room to the conference table, in what could be a metaphor for the way he lived his life. Holbrooke just as often resembles Selena Meyer of Veep as he does Henry Kissinger.

By the time of the Obama administration, Holbrooke’s four-decade-long quest to reach the summit of American diplomacy eventually met a tragic end. All but assured the position of secretary of state in a Hillary Clinton administration, he was fated not to get along with the 44th president, whose “sense of integrity,” Packer keenly discerns, “depended on refusing to backslap.” Although Packer never says it, there is also the possibility that, as one of the figures most visibly associated with the only successful Democrat-led American military conflict since World War II, Holbrooke never had a chance with a president who ran on a policy of retrenchment and managed decline. In Packer’s telling, the desperation of Holbrooke to be heard within the counsels of power became coterminous with the American failure to fix Afghanistan. Scenes of personal and national anguish intertwine seamlessly; Holbrooke’s increasingly pathetic attempts at gaining the ear of President Obama (for instance, importuning David Axelrod’s deputy at a urinal) take place against the backdrop of a deteriorating security situation in the Hindu Kush.

If Packer contented himself with telling the life story of an often admirable, often insufferable man who strove for greatness but fell short of it, he could be proud of having produced a highly readable and innovative biography. Our Man strives to be something more, however, a sweeping geopolitical analysis, and in that sense, the author succumbs to the “great man syndrome” he ascribes to his subject. Packer writes of Holbrooke as if the late diplomat were an analogue for America, his idealism and innocence and pushiness and arrogance emblematic of the country he served. (Holbrooke wasn’t the Ugly American but neither, certainly, was he the Quiet one.) In this telling, failed wars in Vietnam and Afghanistan serve as literal bookends to a diplomatic career whose highs and lows, worthy attributes and manifold flaws, roughly correspond with those of the country itself. Holbrooke’s “defects of character cost him his dream job as secretary of state, the position for which his strengths of character eminently qualified him,” Packer writes. “You can’t untangle these things.”

The same goes, Packer suggests, for America’s world leadership role. While our idealism and strength equipped us for a postwar era of global dominance, our hubris and solipsism—exemplified by the Iraq War and subsequent election of Donald Trump—squandered it. Surveying the virulent nationalism that sparked the Balkan wars Holbrooke helped settle, Packer notes, “We understand it better now that the American century is over and some of us sound more and more like Serbs.”

Maybe Packer is right. Maybe the long-term effects of the Iraqi campaign and the 2016 presidential election signal a decisive and irreparable diminution of American power. But such a damning verdict seems premature. Just because the United States may never again possess the same relative strength and influence that it had for a brief spell in the 1990s does not mean it can no longer achieve great things, or shape the world in a direction of greater freedom, prosperity, and peace. Holbrooke passed away at the age of 69 in 2010, never even achieving Cabinet rank. -Investing his career with unwarranted geopolitical significance suggests not so much the “end” of the American century as it does the end of liberal confidence in American power. 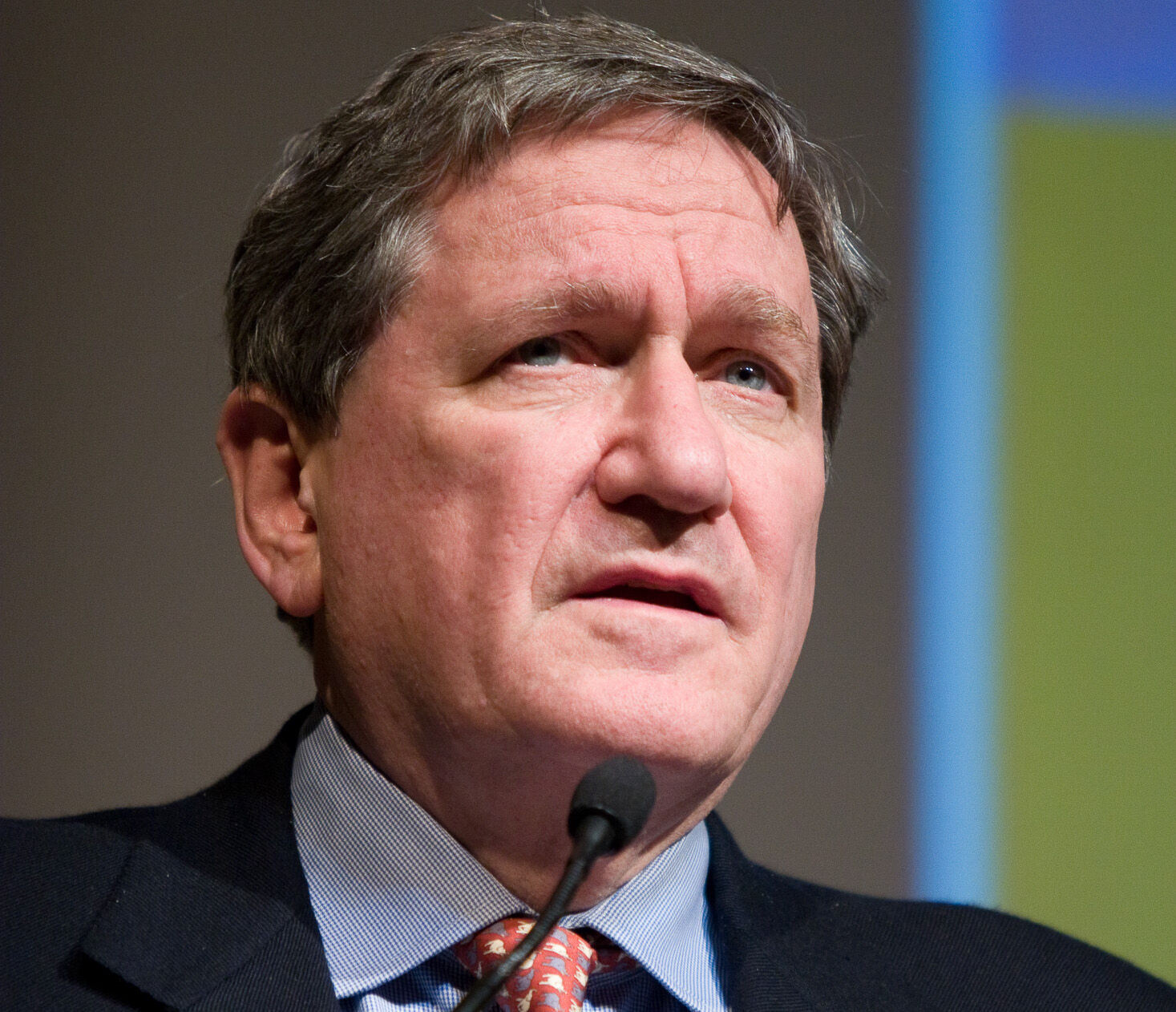 James Kirchick, a visiting fellow at the Center on the United States and Europe and Project on International Order and Strategy at the Brookings Institution, is the author of The End of Europe: Dictators, Demagogues, and the Coming Dark Age. He is at work on a history of gay Washington, D.C. 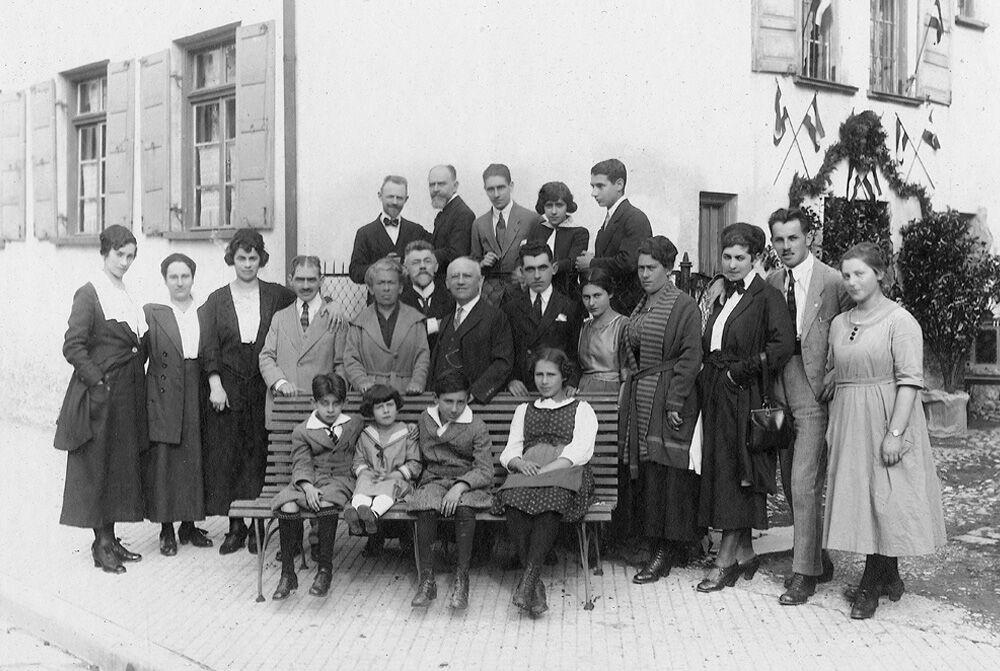 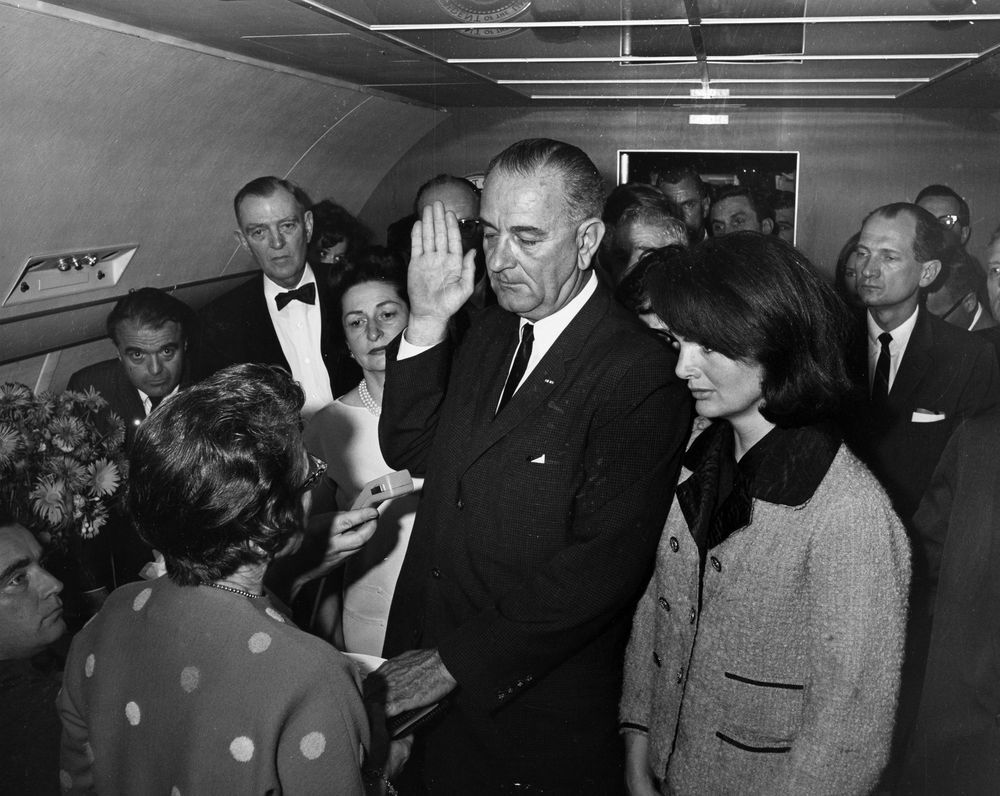