religious Jew, Mandelbaum the estate lawyer had never left the Northeast. But his firm needed him to serve papers on someone on a ranch in southwest Texas, and so off he went. He flew to Dallas and rented a car. He didn’t know it was a 15-hour drive, and so around 6 p.m. he realized he had to stop somewhere for the night—and he was terrified. He took off his yarmulke and checked in at the only hotel in a small town. When he noticed the hotel clerk’s eyebrows rise at the sight of his name on his credit card, he was chilled to the bone. He ducked his head and went out the door and across the street into a local café. He ordered two eggs and a cup of coffee.

Suddenly the door swung open and a tall man in a cowboy hat, belt buckle, and big boots came in. “I hear,” he said, “there’s a Jew just came into town.”

Mandelbaum’s nightmare had come true. He hung his head low and stared into his coffee.

“I said I heard a Jew just came into town. Anyone know where the Jew is?”

“Show yourself, Jew,” the man said.

He could take no more. “Here I am,” Mandelbaum said, rising to his full height.

“Well, come on then,” the cowboy said. “We need you for the minyan.” 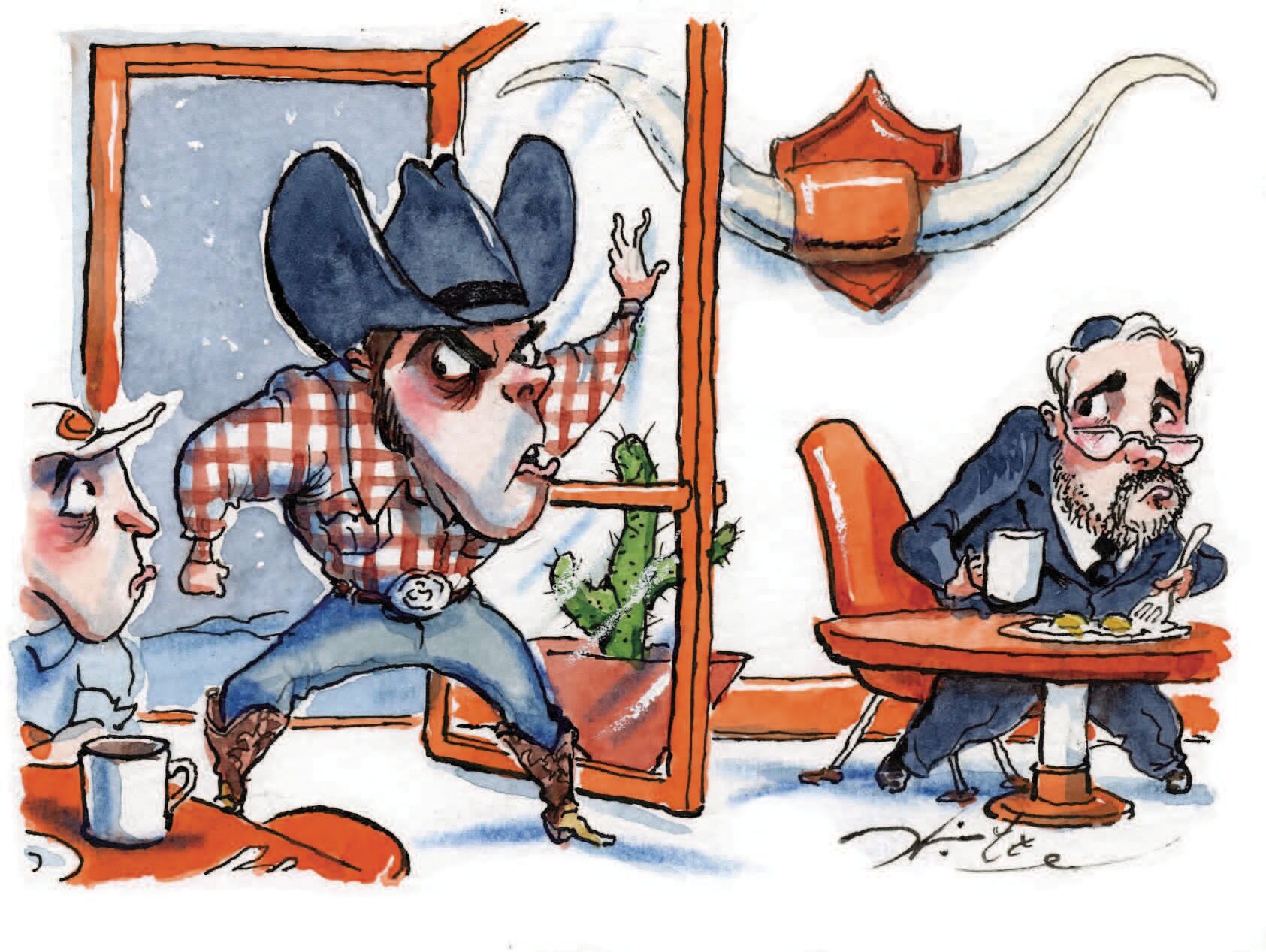 “There Go Our Little Jews”