The catalog of the New York Public Library lists no fewer than 1,140 books under the subject heading “Winston Churchill.” Do we need another? If it’s a biography by Andrew Roberts using many hitherto unavailable sources (such as King George VI’s diary), the answer is an emphatic yes. Roberts, a Commentary contributor, is the bestselling author of numerous histories and biographies, including The Storm of War; Napoleon: a Life; and Masters and Commanders: How Four Titans Won the War in the West, 1941–1945. Thus he was supremely qualified to write a life of the man who helped the world by standing up to Hitler when all seemed lost. And he has justified his qualifications with his wonderful, masterly Churchill: Walking with Destiny.

As Roberts makes clear in this well-rounded and by no means hagiographic biography, what is perhaps most remarkable about Churchill is that, had he never set foot in the House of Commons, he would still be remembered today more than 50 years after his death in 1965. For Churchill was far more than a politician, however great. Only two writers of nonfiction have ever won the Nobel Prize for Literature. Churchill is one of them. (Bertrand Russell is the other.) His four-volume biography of his ancestor the first duke of Marlborough is universally regarded as an unsurpassed masterpiece of the biographer’s art, and has been called “the greatest historical work of the 20th century.” In the course of his long life, Churchill wrote no fewer than 14 books, many of them multi-volume. Nearly all remain in print. In addition, he wrote many hundreds if not thousands of articles for newspapers and magazines and was one of the most highly paid journalists in the world.

Not the least of his literary gifts was his wit and talent for repartee, honed in the rough-and-tumble House of Commons. Churchill is among the few who have had books of quotations devoted solely to himself. Of course, like Mark Twain and Yogi Berra, there are a lot of famous quotes misattributed to Churchill, and Roberts faithfully points them out, to the reader’s disappointment.

While an aristocrat to his fingertips, Churchill was never in the least a snob and had a singular gift for friendship. He was notably pro-Semitic, with many close Jewish friends. He also had many friends in Britain’s homosexual community, including Eddie Marsh, who was his private secretary and close associate for decades. When Churchill first offered him the job, Marsh was hesitant and asked a mutual friend for her advice. “The first time you meet Winston,” she told him, “you see all his faults, and the rest of your life you spend in discovering his virtues.”

Winston Churchill was born November 30, 1874, in the splendor of Blenheim Palace, the seat of the dukes of Marlborough. His father, Lord Randolph Churchill, was the younger son of the seventh duke. His mother was the famously beautiful Jennie Jerome, daughter of a New York financier. It was one of the earliest of the transatlantic marriages between British aristocrats and American wealth, and it profoundly affected Churchill’s embrace of “the English-Speaking Peoples,” whose history would be his last major work, in four volumes.

Even by the standards of the Victorian upper class, Churchill‘s parents were neglectful. They seldom visited him at school, despite often piteous pleas from him to do so, and their infrequent letters to him were usually filled with criticism. It was his nanny, Elizabeth Everest, who gave him the unqualified love that all children need to grow up. When “Woom” died in 1895, Churchill paid for her gravestone and for the upkeep of her grave for the rest of his life. Personal loyalty was among his many great qualities.

Churchill’s father thought his son was at best “second and third rate,” and would amount to nothing. To be sure, he had evidence, as Churchill’s school grades were mediocre at best and he was nearly always in disciplinary trouble. But Churchill was a classic autodidact. He had little interest in mastering Latin verbs and got poor grades as a result (and his French was famously idiosyncratic). But he read voraciously in history, literature, and science. He also developed at school a memory of astonishing capacity that would serve him well in later life.

When a friend pointed out, in 1906, that Churchill had not read Keats’s “Ode to a Nightingale,” the friend reported that “the next time I met him, he had learned not merely this, but all the odes of Keats by heart—and he recited them to me mercilessly from start to finish, sparing me not a syllable!”

Randolph’s harsh predictions and aloofness instilled in Churchill a ferocious, lifelong need to impress him, even long after his father’s death in 1895, but it did not give him any sense of inferiority. Indeed, he had no doubt whatever that he was destined for greatness, hence Roberts’s subtitle “Walking with Destiny.” “We are all worms,” Churchill told his close friend Violet Asquith, “but I do believe that I am a glow-worm.”

It took him three tries to get into Sandhurst, Britain’s military academy, and he had to join the cavalry, rather than the more prestigious infantry, much to his father’s disgust. But out of Sandhurst, Churchill spent the next five years leading an adventurous life as both a war correspondent and soldier and writing three well-received books about campaigns he was on. He later recalled this period in My Early Life, a bestselling memoir and still highly readable today. He served in Cuba, the Northwest Frontier Province of India, Egypt, and the Sudan (where he took part in the last great cavalry charge in British history at the battle of Omdurman) and in South Africa during the Boer War. There he was captured by the Boers and put in a prisoner-of-war camp. He made a daring escape, and his newspaper dispatches about it made him famous at home.

His physical courage was always notable, as was his propensity for getting into accidents. He fell 30 feet out of a tree when at school, dislocated his shoulder docking at Bombay and causing permanent injury, survived a plane crash in 1919, and in 1931 was hit by a New York taxi, an accident he was lucky to survive. He was in the hospital for a week. Typically, he took advantage of the situation, writing an article, “My New York Misadventure,” for which he was paid a princely £500 (about $35,000 in today’s money).

In 1900, still only 25, Churchill was elected to Parliament as a Conservative. Except for a short period in the early 1920s, he would be a member for the rest of his life. But he didn’t stay a Conservative for long. Disagreeing with the party’s economic and social policies, he crossed the floor in 1904 and became a Liberal. When the Liberal Party began to collapse in the early 1920s, Churchill returned to the Conservative Party. He noted that “anyone can rat, but it takes a certain ingenuity to re-rat.”

In 1908 he married Clementine Hozier. It would be a happy marriage that lasted 55 years and produced five children—four daughters (one of whom died at age three, to Churchill’s great distress) and a son, Randolph, who would have a difficult relation with his parents (and of whom Roberts does not approve). The year they were wed was the first Churchill spent in the cabinet, the youngest member in more than 40 years.

The particulars of Churchill’s political career, which was marked by many ups and downs, need not concern us here. What does concern us is his moral and intellectual courage in opposing, alone of all major British politicians, the policy of appeasing Hitler in the 1930s. He was out of the government for those years, and most people thought he was finished as a major figure in British politics.

But when Hitler proved Churchill right, he had to be brought back, as First Lord of the Admiralty and then, amid the military disasters of the spring of 1940, as prime minister. At last at No. 10, he used his extraordinary powers of oratory to rally the British nation to hold on. When, in 1941, Hitler attacked Russia and the United States entered the European conflict, he knew Britain was safe.

There have been few lives as long, momentous, and wide-ranging as that of Sir Winston Churchill, author, adventurer, orator, wit, painter, animal lover, friend, and politician. Andrew Roberts’s masterful, supremely readable biography has a text 982 pages long. It could hardly have been shorter and told so extraordinary a story so well.

Let Roberts have the last word: Churchill’s “hero, John Churchill, Duke of Marlborough, won great battles and built Blenheim Palace. His other hero, Napoleon, won even more battles and built an empire. Winston Churchill did better than either of them: the battles he won saved liberty.” 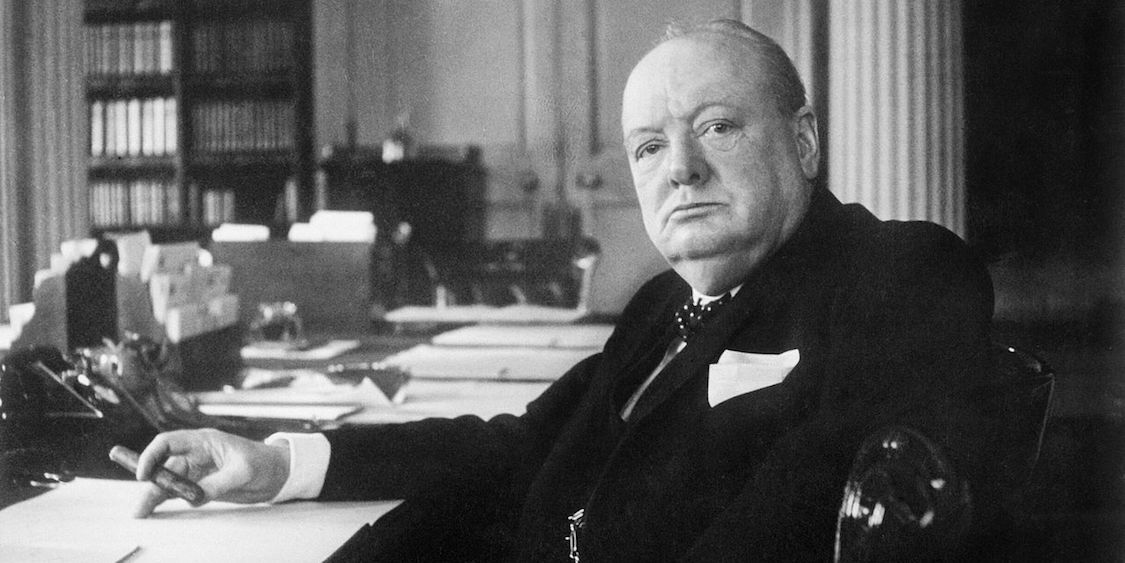