lysses S. Grant, General-in-Chief of the army that saved the Union and 18th president of the United States, lies today in a vast mausoleum in Manhattan. It is, after Lincoln’s tomb in Springfield, Illinois, the largest and most elaborate of all presidential resting places, modeled on one of the seven wonders of the ancient world. His sarcophagus was modeled on Napoleon Bonaparte’s in the Invalides in Paris. And yet, as Ronald C. White Jr. shows in depth in his new biography, American Ulysses, Grant was, if anything, anti-Napoleonic. Modest, unassuming, self-effacing, a reluctant public speaker, Grant rose to the top by doing his duty. 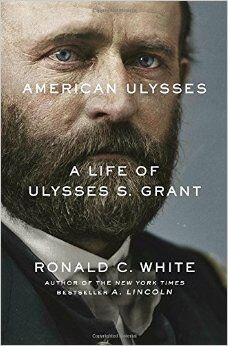 Like George Washington, Grant was one of the great horsemen of his age—and though slow to anger by nature, animal cruelty would always cause Grant to explode with rage.

At the siege of Vicksburg, the military operation that opened the Mississippi to Union control and cemented his reputation as a general of unusual ability, Grant often walked the lines dressed in a plain shirt so as not to attract the attention of Confederate sharpshooters. On one inspection, he came across a mule-team driver beating one of the hapless beasts in his charge. Grant ordered the man to stop, but the driver, not knowing whom he was addressing, just started swearing at him.

Grant had the man arrested and brought to his headquarters where he was strung up by his thumbs. When let down, the man apologized and explained that he had not known he was swearing at his commanding general. But Grant explained that he had not been punished for insubordination. “I could defend myself,” Grant told him, “but the mule could not.” All his life, Grant would be on the side of the underdog, whether animals, slaves, freedmen after the Civil War, or Indians in the West.

Grant had been baptized with the names Hiram Ulysses, but when nominating him to West Point, his local congressman got his name wrong. Grant didn’t try to correct the mistake, perhaps liking the initials “U.S.” His classmates at the Point nicknamed him Sam, for Uncle Sam, and he later was famous for demanding Unconditional Surrender.

When the Mexican War broke out in 1846, Grant was ordered to Louisiana and then to the Rio Grande. He soon found himself assigned to quartermaster duties, in charge of securing food and ammunition for the troops. Grant was very unhappy to be in charge of supplies instead of getting to fight, but the job taught him how important the unglamorous task of logistics is to military success. It was a lesson he would put to good use in the Civil War.

After the Mexican War, Grant entered his wilderness years. Often assigned to posts in the far West where his beloved wife, Julia, could not accompany him, he was desperately lonely and would sometimes seek relief with alcohol. Although never drunk on duty, he acquired an unjustified reputation as a lush, which would follow him the rest of his life.

He resigned from the Army in 1852 and tried various ways of making a living, including farming and even selling firewood on the streets of St. Louis. He failed at all of them. Given a slave by his father-in-law to work on the farm, Grant soon freed him, although he could have sold him for perhaps $1,500, a middle-class annual income in the 1850s. By 1860, Grant was working in the family leather store in Galena, Illinois, the employee of his younger brother. No one thought he had much of a future.

Five years later, Ulysses S. Grant was as famous as any man in the country. With the outbreak of the Civil War, Grant was given a colonel’s commission in the Illinois state militia and with the help of Congressman Elihu Washburne, who had known him since childhood, he was soon commissioned a brigadier general in the regular Army.

At Fort Donaldson and Fort Pillow, Shiloh, Vicksburg, and Chattanooga, Grant proved himself a highly competent, aggressive, and successful military commander. He was laconic and immune to panic. After a bad first day at the battle of Shiloh, General Sherman commented, “Well, Grant, we’ve had the devil’s own day, haven’t we?” Grant took a puff on his cigar and said, “Yes. Lick ’em tomorrow though.” And he did.

Brought east by Lincoln to fight Robert E. Lee’s Army of Virginia and given command of all U.S. troops, Grant finally forced Lee’s surrender in April, 1865.

There was one serious blot on Grant’s conduct as a general. Many traders and speculators, a good number of them Jewish, had swarmed into Memphis, then under Grant’s control, to deal in cotton and other goods, often illegally. To halt the often illicit traffic, Grant issued General Order No. 11. It stated that “the Jews, as a class, violating every regulation of trade established by the Treasury Department  . . . are hereby expelled” from his department. The order was revoked as soon as it reached Washington, but it damaged Grant’s reputation for years. If it had been an act of deliberate anti-Semitism, however, it is the only one known of in his life. Years later, when Grant was a candidate for president, Simon Wolf, a leader of the Jewish community and its unofficial lobbyist in Washington, wrote Grant a letter, asking what was his motivation behind General Order No. 11. Grant’s reply convinced Wolf that he had had no anti-Semitic intent, and Wolf campaigned vigorously for him. He even named his son, born the next year, Adolph Grant Wolf.

With the deeply unpopular Andrew Johnson in the White House after Lincoln’s assassination, Grant was the obvious Republican candidate for president in 1868. He didn’t seek it but accepted it out of a sense of duty. White makes a good case that Grant, often regarded as one of the country’s worst presidents, had many successes as well as scandals. To be sure, while completely straightforward and incorruptible himself, Grant was far too trusting of his friends and political allies, especially in an era when political corruption permeated all levels of government.

After his presidency, Grant and his wife took a two-year tour of the world, where they were everywhere treated as American royalty. In 1880, he allowed his name to be placed in nomination for a third term but was relieved when the nomination went to James Garfield. Moving to New York, he became a silent partner in a financial firm owned by his son and Ferdinand Ward. Always naive about money (and duplicity), when the firm failed due to Ward’s peculations, Grant found himself penniless. Worse, he was sick with what turned out to be throat cancer and he knew his days were limited.

With characteristic modesty, Grant had always declined to write his memoirs, despite lucrative offers from publishers. Now he felt he had no choice if he was to provide for his family after he was gone. In ever increasing pain, he wrote his recollections of Mexico and the Civil War, finishing only days before his death on July 23, 1885. The Personal Memoirs of Ulysses S. Grant are regarded by literary critics and military historians alike as among the finest works of that genre ever written, the equal of Caesar’s Commentaries. The book has never been out of print and was a titanic bestseller, earning Julia Grant the unheard-of sum of $450,000 in royalties.

Ronald White’s biography is highly readable and brings to life one of the great figures in American history. Personally honest, loyal to his friends, and devoted to his family, he never quite grasped just how venal and self-serving others could be. It cost him dearly, both in money and reputation. But in the end, he and Lincoln, above all others, were the men who saved the Union. It’s likely Grant would be appalled by the grandeur of his tomb, but he deserves it. American Ulysses tells us exactly why. 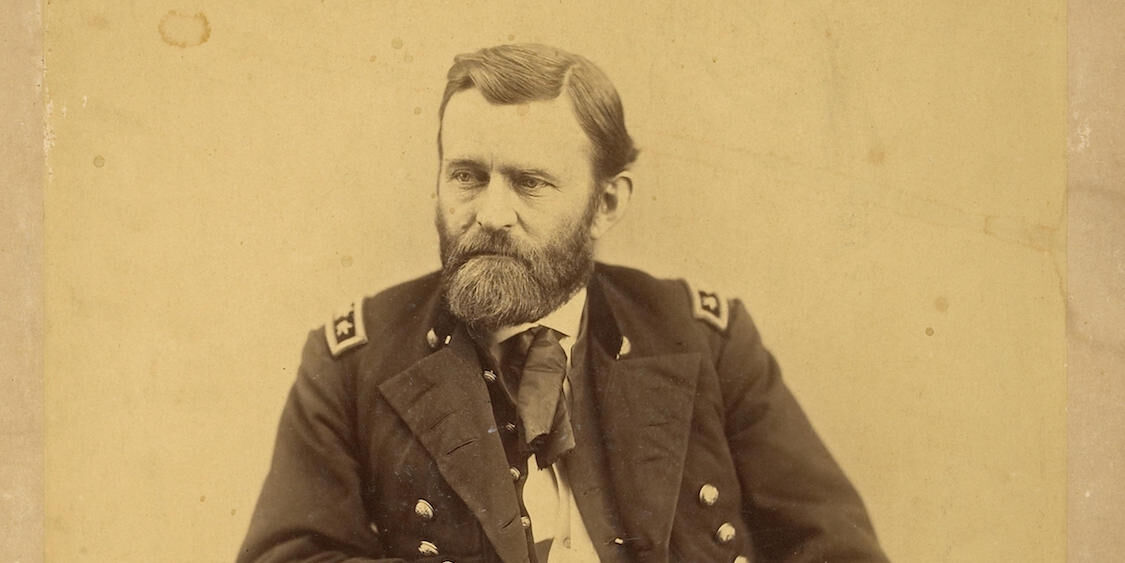