The Chinese Communist Party initially blamed the December 2019 outbreak of COVID-19 on the consumption of exotic meat purchased at a wet market in Wuhan, the capital city of China’s Hubei Province. By March, as the virus spread worldwide, Chinese officials were blaming the United States for the outbreak, claiming COVID-19 was an American bioweapon. The party was desperate to deflect blame as it came under fire from the international community for prioritizing commerce over public health.

The sharp escalation of Chinese propaganda was the direct result of a failed proxy strategy it had launched through the Geneva-based World Health Organization (WHO), an international agency of bureaucrats and medical specialists funded by the United Nations (whose major funder is the American taxpayer).

In theory, the WHO was built to tackle a crisis like COVID-19. In practice, a team of the organization’s top professionals traveled to Beijing and began gaslighting the world. Tedros Adhanom Ghebreyesus, an Ethiopian national who has held the position of WHO director general since 2017, was quoted by Chinese state media as praising “China’s speed, China’s scale, and China’s efficiency.” A subsequent WHO statement lauded “the actions China has implemented in response to the outbreak, its speed in identifying the virus and openness to sharing information with the WHO and other countries.”

Two days later, Tedros again commended the “speed with which China detected the outbreak, isolated the virus, sequenced the genome and shared it with WHO and the world,” adding, “In many ways, China is actually setting a new standard for outbreak response.”

Under fire from the press, Tedros doubled down on his praise for Beijing. He insisted, “We don’t say anything to appease anyone.” He continued, “What’s important is not stigmatizing a country or attacking a country but standing in solidarity and fighting against this common enemy, COVID-19 or the virus.”

In fact, it had taken a full two weeks for China to allow the WHO team into the country. Officials at the Centers for Disease Control had already complained about China’s stonewalling of on-site visits. Even so, Tedros delayed the WHO’s decision to declare COVID-19 a “public health emergency of international concern.” By the time he did, the confirmed cases worldwide had already increased tenfold, with almost 8,000 cases across 18 countries. As of this writing, there were 780,000.

Countless American analysts and pundits have, with equal parts anger and surprise, skewered the UN’s international global health agency as a tool of the Chinese Communist Party’s propaganda. They should not have been blindsided. Beijing’s effort to increase its soft power, alongside its hard power, is no secret. The party, by its own admission, seeks to make China “a global leader in terms of composite national strength and international influence” by 2035.

President Barack Obama saw this coming to one extent or another. This was the motivation behind his intended “pivot to Asia.” But Obama’s call to curb China’s ambitions was snuffed out by the siren song of the Middle East. The Arab Spring, the Iran nuclear deal, and Obama’s borderline obsession with Israeli settlements eclipsed the pivot.

By September 2016, the pivot was dead. The White House actually directed the Pentagon to simply stop talking about the growing great-power competition. It was as if the problem would go away if we did not speak its name. As one former official noted, it was “Voldemort foreign policy.”

But the problem has only grown worse. Henry Kissinger’s original plan from the early 1970s—seducing Beijing by providing access to Western markets—has failed miserably. China’s economic and military power continues to expand. And its soft power, particularly through international organizations, is undeniably surging.

The United Nations is the best example. Former Trump White House officials tell me that Beijing has run influence operations, bought votes, bribed, and cheated its way into positions of significant influence throughout the UN system. And though the United States is by far the biggest funder of most UN organizations, Washington failed to counter the Chinese efforts. Bureaucrats and diplomats didn’t want to fight for these admittedly dubious prizes. Or perhaps they didn’t think they had to. And now they are, increasingly, on the outside looking in.

For example, China now has a stranglehold on the UN’s International Telecomm Union (ITU). The director general of this organization is Chinese telecommunications engineer Houlin Zhao, who has held the position since 2015. According to one former Trump-administration official, he has been an advocate of the Chinese Belt and Road initiative within the UN system, pushing for infrastructure deals worldwide that would serve to benefit Huawei. That is the Chinese telecommunications company blacklisted last year by the U.S. Department of Commerce, which cited concerns about potential espionage and predatory practices that violate the privacy of its users. The ITU now has its eyes on new international regulations that would require “tracking features” responsible for authenticating and authorizing new Internet users, which could grant governments control over whether certain citizens can access the Internet. Such a move would only vindicate and normalize the “great firewall of China.”

China also has significant influence inside the Montreal-based International Civil Aviation Organization (ICAO). The director general is Chinese national Fang Liu, who is now serving a second three-year term after being reappointed in 2018. In January 2020, the ICAO blocked Twitter accounts critical of its exclusion of Taiwan, including ones belonging to congressional staffers and D.C.-based analysts. As it turns out, a Chinese national who previously worked for the Civil Aviation Administration of China was the official responsible for ICAO’s social media. Beijing has consistently blocked Taiwan’s bids for participation in ICAO, which was problematic under normal circumstances in that it hindered the territory’s inclusion in world aviation-safety efforts. During the COVID-19 crisis, ICAO refused to share information with Taiwan. (So did the WHO.) As noted in the Taipei Times, this meant that “civil-aviation authorities for one of busiest regional airports [did] not receive up-to-date info on any potential ICAO-WHO efforts. This is how a virus spreads.”

In 2019, China also ascended to the presidency of the Financial Action Task Force (FATF). This move took real chutzpah. The FATF is the standard-setting body for money laundering and illicit finance. As former Treasury official Eric Lorber notes, “illicit financial outflows from China may be as high as one trillion dollars over a decade.” Lorber further notes that “China has serious deficiencies in its own anti-money-laundering/combating the financing of terrorism system that allows drug traffickers, money launderers, sanctions evaders, and other illicit actors to exploit the Chinese financial system.” And finally, “the country has failed to effectively implement measures designed to prevent shell companies from being used to launder money or finance terrorism; prevent terrorist organizations from raising and moving funds…and impose measures to target proliferators of weapons of mass destruction.” Yet Beijing is now setting the agenda for this important organization.

There are also indications that the World Bank, International Monetary Fund, and World Trade Organization have all increasingly come under the sway of Beijing. Robert Spalding, a former senior China hand at the Pentagon, believes that an informal network of senior officials “above management and below the secretariat” are pushing policies that ensure outcomes favorable to the party.

The State Department, finally aware of the challenge, made a push last year to block Beijing from gaining control over the Rome-based Food and Agriculture Organization (FAO), which is charged with helping to ensure food security worldwide. Assistant Secretary of State Kevin Moley tried to lead the effort, to no avail. Qu Dongyu, China’s vice minister of agriculture and rural affairs, won the election for FAO director-general with 108 out of 191 votes cast. As one former official told me, “China bribed country officials to buy their votes.” It was a triumph for the party, but as Foreign Policy magazine also noted, the incident “fueled allegations that [China] forgave tens of millions of dollars of debt to an African state in exchange for withdrawing its candidate from the race and threatened economic retaliation against smaller and more developing countries if they opposed China’s plan.”

Moley’s failure was a painful one. But Washington also has the ability to win. This was the message in March, at the peak of the COVID-19 crisis, when U.S. intervention derailed the Chinese bid to install Singaporean Daren Tang as director general of the World Intellectual Property Organization. He was to follow Wang Binying, the incumbent deputy director general, a Chinese national who somehow had ascended to the top of a global organization dedicated to safeguarding intellectual property, even as one in five North American companies reported Chinese intellectual-property theft in 2019. The year prior, the U.S. Trade Representative, after conducting a seven-month investigation, found that “Chinese theft of American IP currently costs between $225 billion and $600 billion annually.”

Leading the effort to unseat Wang was Andrew Bremberg, the representative of the United States to the United Nations and Other International Organizations. A Trump-administration appointee, Bremberg played the hardball that American officials have for decades been unwilling to play in Geneva (although former officials note that Japan almost derailed his efforts). His campaign was a direct by-product of the 2017 National Security Strategy that officially delineated China and Russia as national-security threats to be countered across a range of domains.

The successful trench warfare waged by Bremberg, marked by a painstaking effort to ensure that allies voted with the United States, should be a sign of things to come. His will be the new playbook, so long as Washington remains committed to countering Chinese influence in Geneva and Turtle Bay.

But the challenges remain. The U.S. government must jettison the diplomats and bureaucrats who find it unseemly for a global superpower to battle for influence in the international system that it created after World War II to ensure a Western-led world order. A major shift is under way, but it is far from complete. The old guard must be moved out. And the new guard must be prepared to fight for American influence, tooth and nail.

This is the only way forward. There is no body within the United Nations that can combat internal corruption. The only way to create one now would be through the Security Council. But China would veto such a measure. So would Russia, for that matter.

The U.S. effort to regain control of the international system it created must also deal with the institutions that have already been lost. The Orwellian UN Human Rights Council (HRC) is a case in point. The HRC often turns its sights on Israel, but the body’s long-term deleterious impact on international norms is an even greater concern. The HRC is made up of the worst human-rights offenders (currently Venezuela and Pakistan are on the council), and they are subverting the very concept of human rights. Then–U.S. Ambassador to the United Nations Nikki Haley led the initial effort to challenge the HRC, but that effort has languished since she resigned at the end of 2018.

There is also a broader question of UN leadership. UN Secretary General Antonio Guterres has no problem hammering Trump’s visa ban on Muslim-majority nations (perhaps for good reason). But he has yet to publicly denounce China’s internment of millions of Uighur Muslims in the western Xinjiang Province.

All of these challenges, ignored by previous administrations, are now urgent priorities. And for the time being, the concern is bipartisan. In an era when Democrats and Republicans argue about nearly everything, a bipartisan resolution condemning China’s handling of the COVID-19 crisis was a small and welcome foretaste of the battles to come. 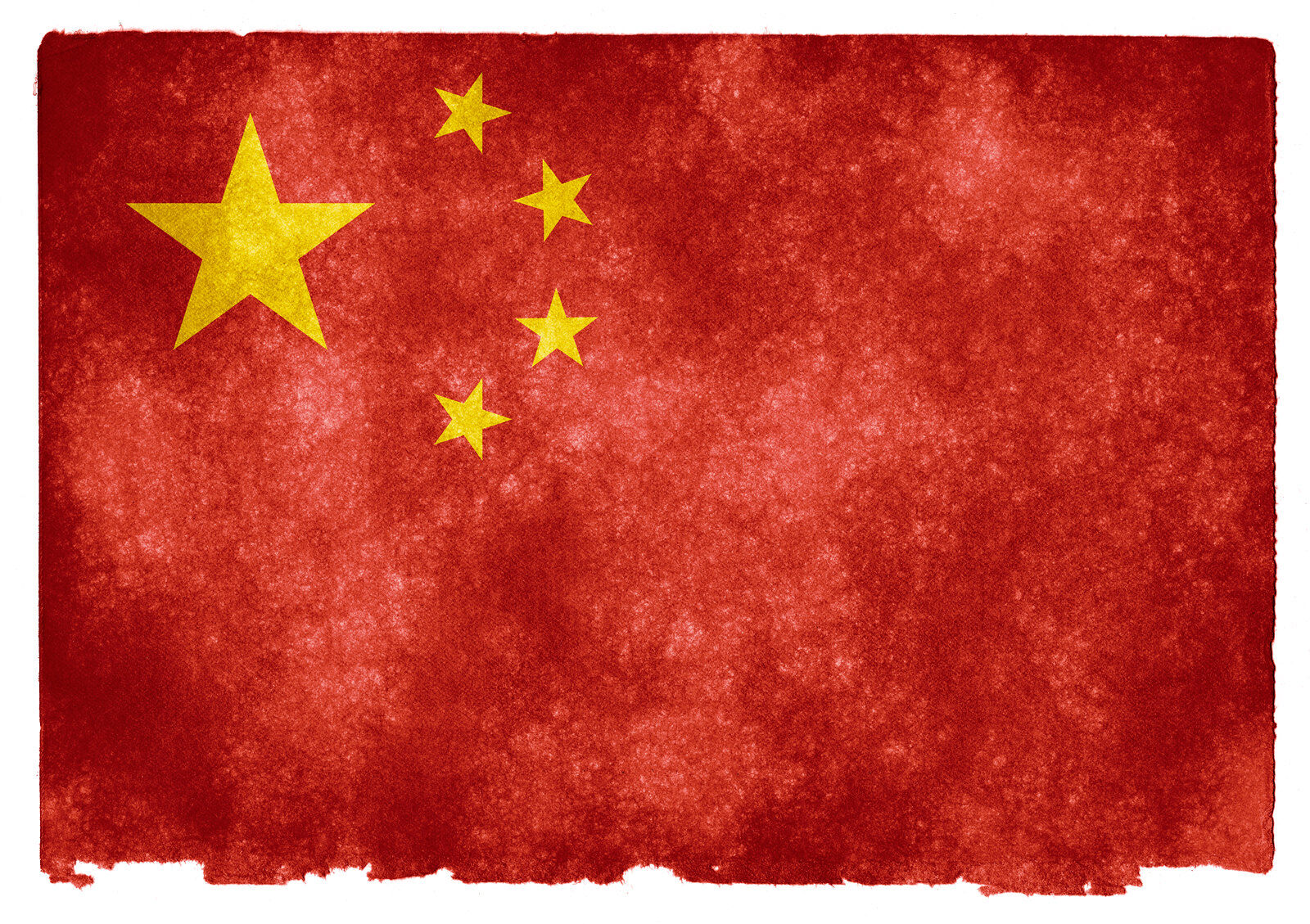 Jonathan Schanzer is senior vice president for research at Foundation for Defense of Democracies. Follow him on Twitter @JSchanzer.