lthough it is a commonplace observation that artists tend to suffer under dictatorships, of the left and the right, it is nonetheless true that some have found ways of surviving and even flourishing under repressive regimes—largely through compromises that look egregious after the fact. This was particularly the case with the fascist states of the interwar period from 1919 to 1939. In his new book, Artists Under Hitler, Jonathan Petropoulos uncovers some of the embarrassing details about the lives and careers of German artists, actors, musicians, filmmakers, and architects during the Nazi period.

Some of the personalities he profiles are familiar to anyone with a casual knowledge of the subject—the architect Albert Speer, the filmmaker Leni Riefenstahl, the composer Richard Strauss, and the sculptor Arno Breker. Others, like the actor Gustaf Gründgens, have long served as examples in Germany of how an opportunist can easily slide from left-wing to right-wing careerism. The conductor Herbert von Karajan, the opera diva Elisabeth Schwarzkopf, and the actor Emil Jannings provided eternally shameful examples of notable artists kowtowing to Nazi power. Far more interesting, in Petropoulos’s telling, are the men who actually sought to collaborate but failed to successfully integrate themselves into the system or who attempted to ignore politics altogether while continuing to produce their work—such as the composer Paul Hindemith and the architect Walter Gropius (who actually submitted plans for the new Reichsbank building in 1933 and 1934).

The Nazis welcomed the accommodations because they had settled on no hard-and-fast aesthetic of their own. From the late 1920s, Nazi-party ideologist Alfred Rosenberg attempted to separate “good” and “bad” art through his Fighting League for German Culture, calling for a kind of “blood and soil” folkloricism in plastic arts and literature. But his efforts came largely to naught, partly because while the Nazis knew what they didn’t like, they weren’t so certain about what they did. Even Expressionism, the quintessential art form of the Weimar Republic, was not ruled out of bounds during the National Socialist period.

To take one example from the cinema: A casual viewer of the film M, an Expressionist masterpiece made in 1931 by Fritz Lang, would find a somewhat similar filmic sensibility in one of the first full-length Nazi feature films, Hitler Youth Quex (1933). This was the case even though Lang was born of a Jewish mother. Indeed, Lang later claimed Joseph Goebbels wanted him to run the German film studio UFA, which led the director to flee to Hollywood. Artists Under Hitler reproduces a formal portrait of Goebbels done in high Expressionist style, which found favor with its subject. Prussian Minister-President Herman Goering was a tireless collector of art, even the modernist art Hitler himself reviled, and some of the works he possessed (largely through theft) would never have been allowed on museum walls during the Reich’s reign. An increasingly frustrated Rosenberg inundated Goebbels with memoranda complaining about cultural policies, which he regarded as too lax and tolerant.

Goebbels’s control of German culture operated through a series of “chambers” (literature, film, music, etc.) and also through preexisting “academies,” which he immediately purged of Jews and leftists. But a surprising number of creative people looked past this detail and were happy to work with a regime that, unlike its predecessor, was generous with funding for the arts. The poet Gottfried Benn, a modernist, served for a time as head of the Prussian Academy. Moreover, as Petropulous writes, “among non-Jewish writers a relatively large number with stronger-than-average talent were accepted by the regime—Gerhart Hauptmann, Ernst Jünger, Hans Carossa, Agnes Miegel.” Hindemith escaped Nazi ire by signing an oath of allegiance to Hitler in 1936, which allowed him to keep his teaching position at the Hochschule für Musik, and by reverting stylistically to more traditional classical (and nationalistic) themes.

Even so, Hindemith’s work was included in a Degenerate Music exhibition that opened in Düsseldorf in May 1938—one of the moves against so-called degenerate art in the year of Kristallnacht when the Nazis finally declared open season on art that was not designed to elevate the aspirations of the German volk.

As World War II ground on and Goebbels called for “total war,” the regime made greater demands on the literary and artistic community to produce propaganda on its behalf, which drove many underground. Benn was forced to resign his post and reverted to his previous role as an Army physician. Others continued to paint or sculpt but without the opportunity to exhibit their works.

After the war, those who had collaborated found ways of reinventing their personal histories or pretended they had been apolitical all along. With the coming of the Cold War and the division of Germany into U.S. and Soviet spheres of influence, the Federal Republic and its sponsors lost interest in inquiring too deeply into the political records of some outstanding personalities, both political and artistic. The CIA, Petropoulos writes, “even organi[zed] exhibitions, arranging purchases for American museums, and financing artists….Effort such as this, well intentioned and well informed or not, contributed to the myth that all modernists had fought the good fight.” Only in the late 1960s did young Germans begin to wonder about the careers of the people profiled in this book, and with them, the history of their parents’ generation. Petropoulos’s Artists Under Hitler is a carefully nuanced and fair-minded treatment of a controversial and difficult subject. 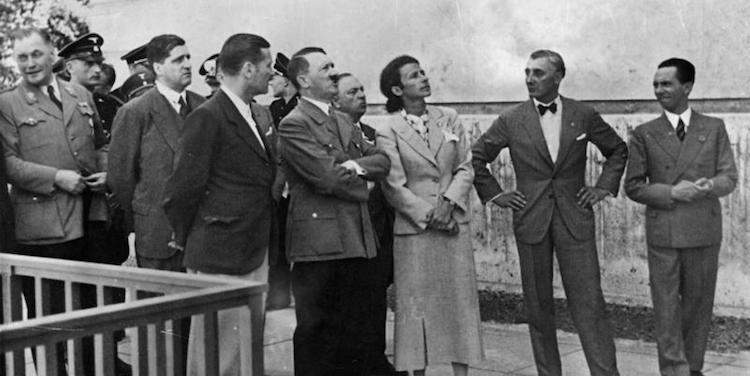 Toward a Jewish Theology of Liberation, by Marc H. Ellis