He knows what to reveal and what to conceal, understands the importance of keeping the semblance of distance between oneself and the story of the day, and comprehends the ins and outs of anonymous sourcing. Within days of his being fired by President Trump on May 9, for example, little green men and women, known only as his “associates,” began appearing in the pages of the New York Times and Washington Post to dispute key points of the president’s account of his dismissal and to promote Comey’s theory of the case.

“In a Private Dinner, Trump Demanded Loyalty,” the New York Times reported on May 11. “Comey Demurred.” The story was a straightforward narrative of events from Comey’s perspective, capped with an obligatory denial from the White House. The next day, the Washington Post reported, “Comey associates dispute Trump’s account of conversations.” The Post did not identify Comey’s associates, other than saying that they were “people who have worked with him.”

Maybe they were the same associates who had gabbed to the Times. Or maybe they were different ones. Who can tell? Regardless, the story these particular associates gave to the Post was readable and gripping. Comey, the Post reported, “was wary of private meetings and discussions with the president and did not offer the assurance, as Trump has claimed, that Trump was not under investigation as part of the probe into Russian interference in last year’s election.”

On May 16, Michael S. Schmidt of the Times published his scoop, “Comey Memo Says Trump Asked Him to End Flynn Investigation.” Schmidt didn’t see the memo for himself. Parts of it were read to him by—you guessed it—“one of Mr. Comey’s associates.” The following day, Robert Mueller was appointed special counsel to oversee the Russia investigation. On May 18, the Times, citing “two people briefed” on a call between Comey and the president, reported, “Comey, Unsettled by Trump, Is Said to Have Wanted Him Kept at a Distance.” And by the end of that week, Comey had agreed to testify before the Senate Intelligence Committee.

As his testimony approached, Comey’s people became more aggressive in their criticisms of the president. “Trump Should Be Scared, Comey Friend Says,” read the headline of a CNN interview with Brookings Institution fellow Benjamin Wittes. This “Comey friend” said he was “very shocked” when he learned that President Trump had asked Comey for loyalty. “I have no doubt that he regarded the group of people around the president as dishonorable,” Wittes said.

Comey, Wittes added, was so uncomfortable at the White House reception in January honoring law enforcement—the one where Comey lumbered across the room and Trump whispered something in his ear—that, as CNN paraphrased it, he “stood in a position so that his blue blazer would blend in with the room’s blue drapes in an effort for Trump to not notice him.” The integrity, the courage—can you feel it?

On June 6, the day before Comey’s prepared testimony was released, more “associates” told ABC that the director would “not corroborate Trump’s claim that on three separate occasions Comey told the president he was not under investigation.” And a “source with knowledge of Comey’s testimony” told CNN the same thing. In addition, ABC reported that, according to “a source familiar with Comey’s thinking,” the former director would say that Trump’s actions stopped short of obstruction of justice.

Maybe those sources weren’t as “familiar with Comey’s thinking” as they thought or hoped? To maximize the press coverage he already dominated, Comey had authorized the Senate Intelligence Committee to release his testimony ahead of his personal interview. That testimony told a different story than what had been reported by CNN and ABC (and by the Post on May 12). Comey had in fact told Trump the president was not under investigation—on January 6, January 27, and March 30. Moreover, the word “obstruction” did not appear at all in his written text. The senators asked Comey if he felt Trump obstructed justice. He declined to answer either way.

My guess is that Comey’s associates lacked Comey’s scalpel-like, almost Jesuitical ability to make distinctions, and therefore misunderstood what he was telling them to say to the press. Because it’s obvious Comey was the one behind the stories of Trump’s dishonesty and bad behavior. He admitted as much in front of the cameras in a remarkable exchange with Senator Susan Collins of Maine.

Comey said that, after Trump tweeted on May 12 that he’d better hope there aren’t “tapes” of their conversations, “I asked a friend of mine to share the content of the memo with a reporter. Didn’t do it myself, for a variety of reasons. But I asked him to, because I thought that might prompt the appointment of a special counsel. And so I asked a close friend of mine to do it.”

Collins asked whether that friend had been Wittes, known to cable news junkies as Comey’s bestie. Comey said no. The source for the New York Times article was “a good friend of mine who’s a professor at Columbia Law School,” Daniel Richman.

Every time I watch or read that exchange, I am amazed. Here is the former director of the FBI just flat-out admitting that, for months, he wrote down every interaction he had with the president of the United States because he wanted a written record in case the president ever fired or lied about him. And when the president did fire and lie about him, that director set in motion a series of public disclosures with the intent of not only embarrassing the president, but also forcing the appointment of a special counsel who might end up investigating the president for who knows what. And none of this would have happened if the president had not fired Comey or tweeted about him. He told the Senate that if Trump hadn’t dismissed him, he most likely would still be on the job.

Rarely, in my view, are high officials so transparent in describing how Washington works. Comey revealed to the world that he was keeping a file on his boss, that he used go-betweens to get his story into the press, that “investigative journalism” is often just powerful people handing documents to reporters to further their careers or agendas or  even to get revenge. And as long as you maintain some distance from the fallout, and stick to the absolute letter of the law, you will come out on top, so long as you have a small army of nightingales singing to reporters on your behalf.

“It’s the end of the Comey era,” A.B. Stoddard said on Special Report with Bret Baier the other day. On the contrary: I have a feeling that, as the Russia investigation proceeds, we will be hearing much more from Comey. And from his “associates.” And his “friends.” And persons “familiar with his thinking.” 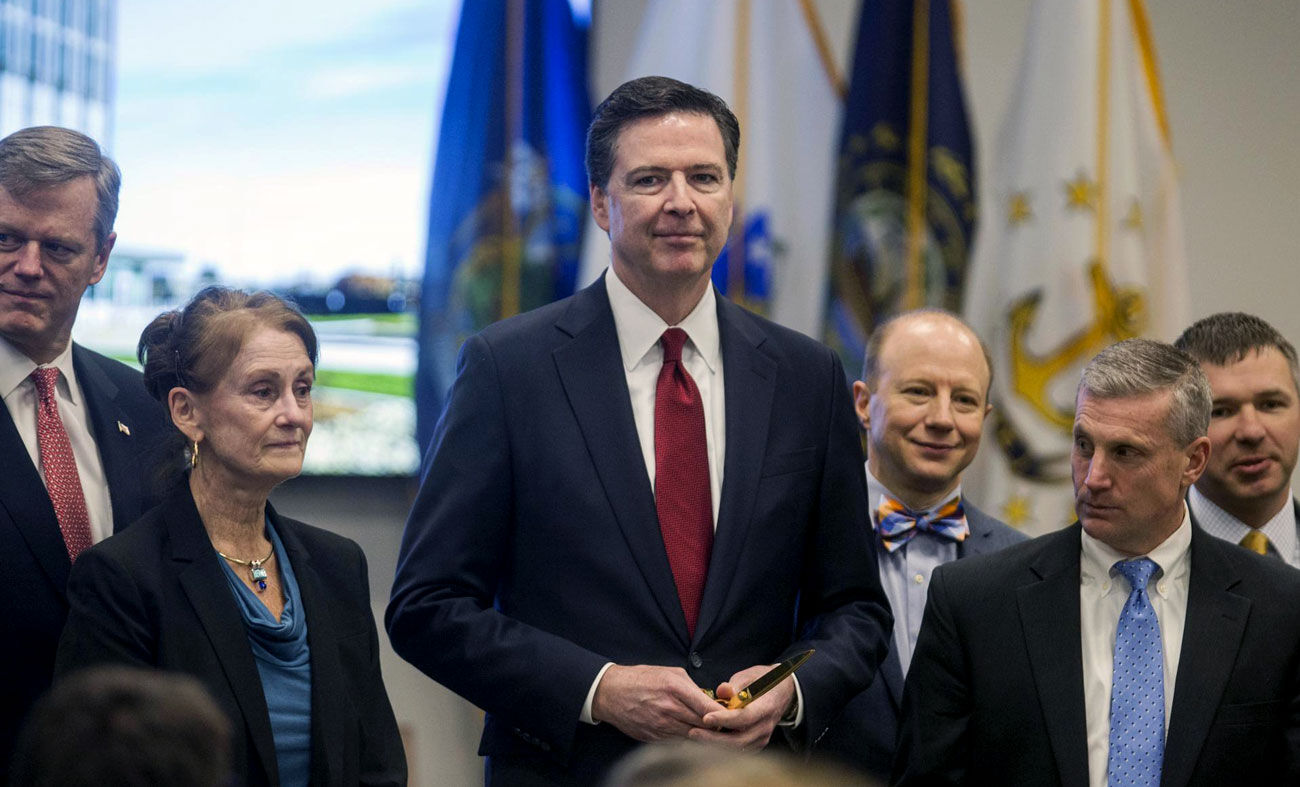