n April 7, Syrian government forces, backed by Russia and Iran, used chemical weapons to attack the population of Douma, a rebel-held town in the hotly contested province of Eastern Ghouta. Dozens of men, women, and children were killed, and many more were made grievously ill.

I spent a few hours after the attack rereading the ludicrous coverage that greeted President Obama’s announcement in 2013 that, rather than take military action, he had entered into an agreement with the Russians to remove and destroy Assad’s chemical stockpiles. The Obama administration knew at the time that the deal would leave Assad plenty of armaments, but officials were happy nevertheless to make statements that left the public with a different and mistaken impression. These statements were often lawyerly, sophistic, and deceptive, using weasel-phrases like “declared chemical weapons.” They assumed that the everyday voter would not recognize that the word “declared” signified a loophole Assad could drive a tank through.

What followed was a dress rehearsal for the Iran nuclear deal of 2015: The agreement was bad and not subject to congressional oversight or approval, the media happily retailed the Obama administration’s message, and now that we are dealing with the fallout in lives and lost credibility from a bad deal deceptively marketed to the public, no member of the Obama-media echo chamber wants to be reminded of his colossal misjudgment and credulity.

The Russians proposed the chemical-weapons deal on September 9, 2013. The following day, before any agreement had been reached, Vox.com editor-at-large Ezra Klein tweeted:

I can’t believe the White House’s strategy on Syria is working out this well. I doubt they can, either.

The plaudits only increased after a deal was reached on September 14. Before a single weapon had been removed, MSNBC anchor Alex Witt asked a guest, “Doesn’t President Obama actually come out the big winner here ultimately? Because without firing a shot, you said you believe that Syria will get rid of its chemical weapons.” On November 4, deputy national-security adviser Ben Rhodes tweeted a link to a White House report with the slug:

Read more on how additional chemical agents or munitions cannot be produced in Syria http://t.co/KfDdBm55QI

Assad began transferring weapons to international authorities in the summer of 2014. As liberal pundits and journalists celebrated this supposed victory of diplomacy, they made sure to include caveats allowing that Assad and the Russians—perish the thought—might be lying. A June 23, 2014, article at the left-wing ThinkProgress.org was headlined, “Nobody Thought Syria Would Give Up Its Chemical Weapons. It Just Did.” And while the article cautioned, “There’s a chance that Syria may also have not declared all of its chemicals to the international community,” it did not dwell on that idea for long.

That same evening, Rachel Maddow announced on her MSNBC show: “The chemical weapons are gone.” She interviewed foreign-policy gadfly Steve Clemons, who called the deal “an enormous success for the White House.” Clemons went on, “had we attacked at that point and not had the leverage to get Syria to give up 1,300 tons of chemical agents, those chemical agents would still be there.” That’s true: The Syrians no longer had the weapons they agreed to hand over. They just had all the weapons they kept instead.

In a June 23, 2014, article for DefenseOne.com headlined, “A Victory in the Battle Against Mass Destruction,” Joe Cirincione of the Ploughshares Fund declared confidently, “Syria’s operational chemical weapons arsenal is no more.” But the arsenal used in subsequent attacks seemed pretty operational to those on the receiving end who died or were sickened.

To be sure, Cirincione also noted, “there are lingering questions and concerns—including possible undeclared weapons and facilities still to be destroyed—but the United States, using a negotiated agreement, an international network of inspectors, the involvement of some 30 nations, and an initial threat of the use of force, has just wiped out one of the two largest remaining chemical weapons arsenals in the world.”

Except, you know, not.

Even though Obama and his supporters parenthetically acknowledged that the deal with Syria depended in large part on the good faith of the Baathist regime—always a bad idea—they were nonetheless determined to play up the transfer of chemical weapons as a significant achievement. To do otherwise would have undermined the logic of the president’s foreign policy, which privileged negotiated settlements and concessions over hard power.

So, for example, on June 28, 2014, the New York Times editorial board clucked that Obama’s critics “have been proven wrong.” Why? Because “the chemical weapons are now out of the hands of a brutal dictator—and all without firing a shot.” The following month, Secretary of State John Kerry did not bother to couch his language when he said on Meet the Press, “We struck a deal where we got 100 percent of the chemical weapons out.”

After the Sunday show had ended, the fact-checking website Politifact.com reviewed Kerry’s claim. “Kerry said all of Syria’s chemical weapons had been removed,” wrote Jon Greenberg.

The UN body in charge said that the last of Syria’s declared chemical weapons left the country in late June. There remain, however, some discrepancies in the details of the weapons the Syrians had acknowledged possessing, and some additional work is needed. With that qualification, we rate the claim Mostly True.

The August 18, 2014 New York Times carried a piece headlined, “Syria’s Chemical Arsenal Fully Destroyed, U.S. Says.” It began with the following paragraph: “The United States said Monday that it had completed the destruction of the deadliest chemical weapons in Syria’s arsenal, a rare foreign policy achievement for President Obama at a time when the Middle East is embroiled in violence and turmoil.”

On August 19, 2014, Steven Benen, a blogger for Rachel Maddow, wrote a post called “A big win on Syrian chemical weapons.” “When Obama and U.S.-coalition partners reached this agreement, critics assumed the framework would fail and the president would be humiliated by the inevitable failure,” Benen argued. “As it turns out, the opposite has happened—the Obama administration’s policy has worked.”

Even after the deal was exposed as a farce, however, Obama’s friends were willing to give him the benefit of the doubt. On April 7, 2017, a New York Times headline read, “Weren’t Syria’s Chemical Weapons Destroyed? It’s complicated.” Scott Shane reported, “Despite the failure to completely eliminate Syria’s chemical weapons, Obama administration officials and outside experts considered the program fundamentally a success.”

Defending a policy he did so much to create, and attacking President Trump’s decision to enforce a red line his boss had ignored, Obama deputy Ben Rhodes tweeted on April 9, 2017:

Also worth noting that strikes could not have ended the violence in Syria or removed all of the CW which was destroyed through diplomacy. https://t.co/JyzWtObDEZ

Not every Obama official is as blinkered and cocooned as Rhodes, however. Also last spring, an article in the New York Times quoted Tony Blinken, former national-security adviser to Vice President Biden. “We always knew,” Blinken said, “we had not gotten everything, that the Syrians had not been fully forthcoming in their declaration.”

Now they tell us. 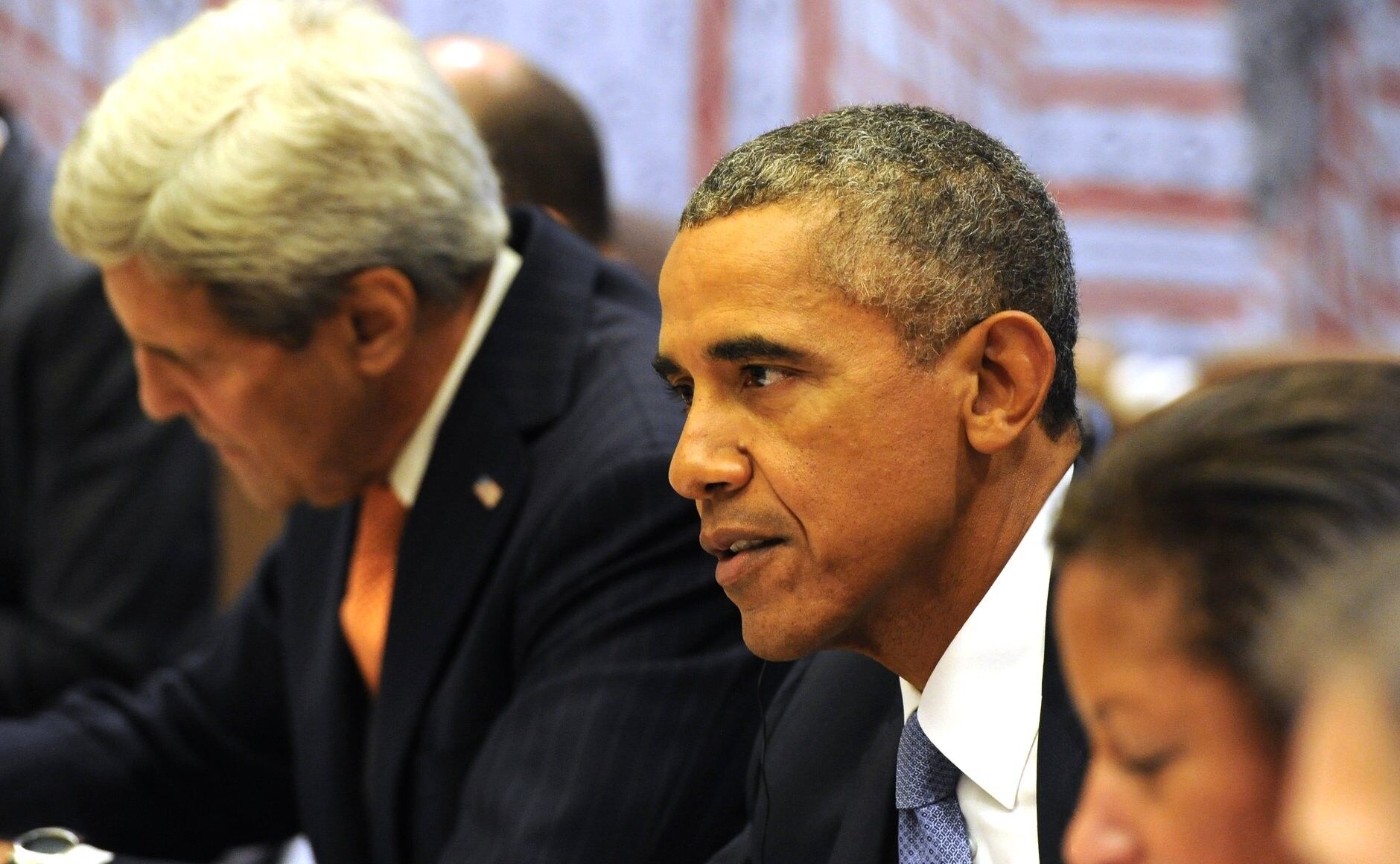 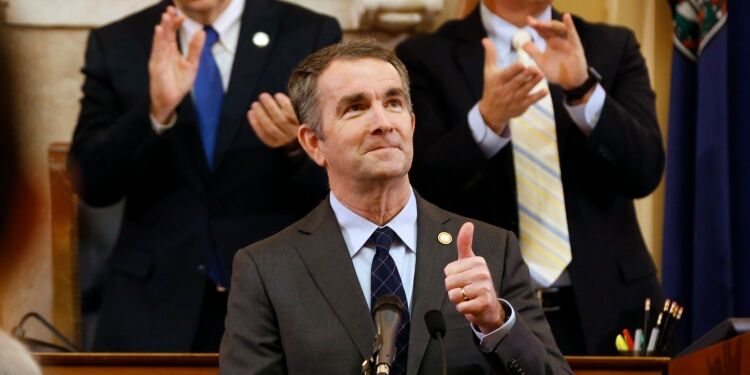