Nancy Pelosi opened the 116th Congress with a hosanna to bipartisanship, compromise, and civility. The spirit of magnanimity lasted approximately 10 hours. Then video of Rashida Tlaib began circulating on the Internet. Speaking at a party, the Michigan Democrat, daughter of Palestinian immigrants, self-described democratic socialist, and newly minted congresswoman, shouted: “We’re gonna impeach the mother—er!”

Tlaib’s outburst was no surprise to close observers of her political career. She gained notoriety in August 2016 when she heckled then-candidate Donald Trump during a speech at the Detroit Economic Club. She was arrested last October during a protest at a McDonald’s. Her Twitter feed contains plenty of salty language: “When it’s our brown or black babies dying,” she wrote last December, “those in power to change it, don’t give a s—.” Nor did she back away from her vulgar description of the president. “I will always speak truth to power. #unapologetically me,” she tweeted during the controversy over her remarks. A few days later, she co-wrote a pro-impeachment op-ed for the Detroit Free Press.

Tlaib combines maximally left-wing positions with a maximally confrontational attitude, so she will have no trouble inside Pelosi’s House of Resistance. But it would be unfair to call her an obnoxious, far-left rabble-rouser. She is far worse. Tlaib is using her notoriety to bring anti-Semitic policies and rhetoric into the mainstream—and many news outlets are far too obsessed with the novelty of her identity to care. They suffer from milestone myopia—the inability to see beyond a person’s race, ethnicity, creed, and gender.

Running last August in a competitive primary to replace John Conyers, Tlaib supported a two-state solution to the Israeli–Palestinian conflict. She also said she wanted to continue aid to Israel. These positions won her the endorsement of the progressive group J Street, and the donations that often follow its imprimatur. But as soon as she won—by fewer than 1,000 votes—Tlaib changed her mind. “I will not support racist countries that pick and choose who gets access to justice,” she told In These Times. She endorsed the so-called right of return, said she stands “by the rights of people who support” the Boycott Divestment Sanctions movement, or BDS, and called for a one-state solution.

Rashida Tlaib would deny military aid to a strategic ally. She backs activists waging economic warfare against said ally. She lends her voice to bi-nationalism, which would change the character of the Jewish State beyond recognition. The policies she supports would abolish Israel as the national home of the Jewish people. She isn’t talking about overturning the outcome of 1967. She’s talking about overturning 1948.

And her position has hardened with time. Last December, in an interview with the Intercept, Tlaib announced, “I personally support the BDS movement.” She said that she planned to rebuke the American Israel Public Affairs Committee, or AIPAC, by leading her own congressional delegation on a fact-finding mission to the West Bank. “I don’t think AIPAC provides a real, fair lens into this issue,” she said. “It’s one sided. … [They] have these lavish trips to Israel, but they don’t show the side that I know is real, which is what’s happening to my grandmother and what’s happening to my family there.”

Early in January, Buzzfeed reporter Hannah Allam tweeted a photograph of a map hanging in Tlaib’s office. Someone had stuck to the map a Post-it note on which they had written “Palestine” and drawn an arrow pointing to Israel. Not subtle. Tlaib invited Women’s March organizer Linda Sarsour, a vicious critic of Israel who has ties to anti-Semite Louis Farrakhan, to the opening day of Congress. By January 6, describing senators who support a GOP Senate bill that would combat BDS, Tlaib tweeted, “They forgot what country they represent.” Here was an outright accusation of dual loyalty, an old anti-Semitic trope. And an ironic one, too, considering how Tlaib wrapped herself in the flag of the Palestinian Authority on the night of her election.

Tlaib’s personal history acts as cover for her fringe politics. Press outlets are so infatuated with the election of two Muslim women to Congress—Representative Ilhan Omar of Minnesota also backs BDS—that news stories hardly ever mention their views on the Middle East. Last August, the New York Times published a story by Elizabeth Dias with the headline “For Rashida Tlaib, Palestinian Heritage Infuses a Detroit Sense of Community.” But Dias seemed too dumbfounded by Tlaib’s religion to devote any space to her actual foreign-policy views:

Her story offers a remarkable counterpoint to anti-Muslim policy and sentiment rising around the country, and especially to President Trump, who has banned travel from several majority-Muslim countries. …

In a year when a record number of women are running for Congress, and races across the country, include gay, lesbian, and transgender candidates and many people of color, Ms. Tlaib, 42, represents a new addition to the mosaic of American politics. …

… For the first time, an American almost certainly on her way to Congress stood shoulder to shoulder with her Muslim sisters and bowed toward Mecca.

We get it—she’s Muslim! How about you ask her why she lied to her fellow Democrats at J Street?

CNN.com devoted two articles to the meaning of Tlaib’s election. Neither mentioned BDS, and both read spookily like campaign material. On January 3, Clare Foran wrote a piece headlined “Rashida Tlaib made history with her swearing-in. Here’s what to know about the first Palestinian-American woman to serve in Congress.” It contained the biographical information you’d expect in a run-of-the-mill profile of a freshman congressman. My favorite part was the section titled “Tlaib has broken barriers and glass ceilings before,” which could have come from either a press release or an indictment.

“When the new Congress gets underway, Tlaib will have a high-profile platform on Capitol Hill to confront the president and try to shape the agenda of the new House Democratic majority,” Foran wrote. “The question now is what will she do when she gets to Washington?” Shout expletives and accuse opponents of serving a foreign power was probably not the answer she had in mind.

The second CNN.com article, by Christina Zdanowicz, was published on January 4. It was a hard-hitting, serious piece on…who am I kidding, the story was about Tlaib’s fashion choices. “Women honor Rashida Tlaib by wearing Palestinian gowns as she is sworn in to Congress,” read the headline. Tlaib’s decision to wear a traditional Palestinian gown, or thobe, to Capitol Hill won plaudits on social media, we are told. “Rashida Tlaib on Thursday became the first Palestinian-American woman to be sworn in to Congress,” wrote Zdanowicz. “Weeks ago, she announced she would wear a thobe to the ceremony and she kept her word.” What a hero.

Subheadings in this post included “A solidarity movement is born on social media” and “Women of Palestinian heritage dressed to support her.” By the end of the piece, I was expecting another section entitled “Grain production on collective farms rises 10 percent,” but it never arrived.

Nuaddi Darraj, a Tlaib supporter who publicized the #TweetYourThobe hashtag, told CNN.com, “We have a Congress that finally looks like our country and that’s incredibly thrilling to me.” Less thrilling to me is the prospect of a national media so bedazzled by the diversity of the Democratic Congress that it pays little attention to the policies democratic socialists would have us adopt. A Politico headline last August read, “Rashida Tlaib Is the Left’s Way Forward.” Uh oh. 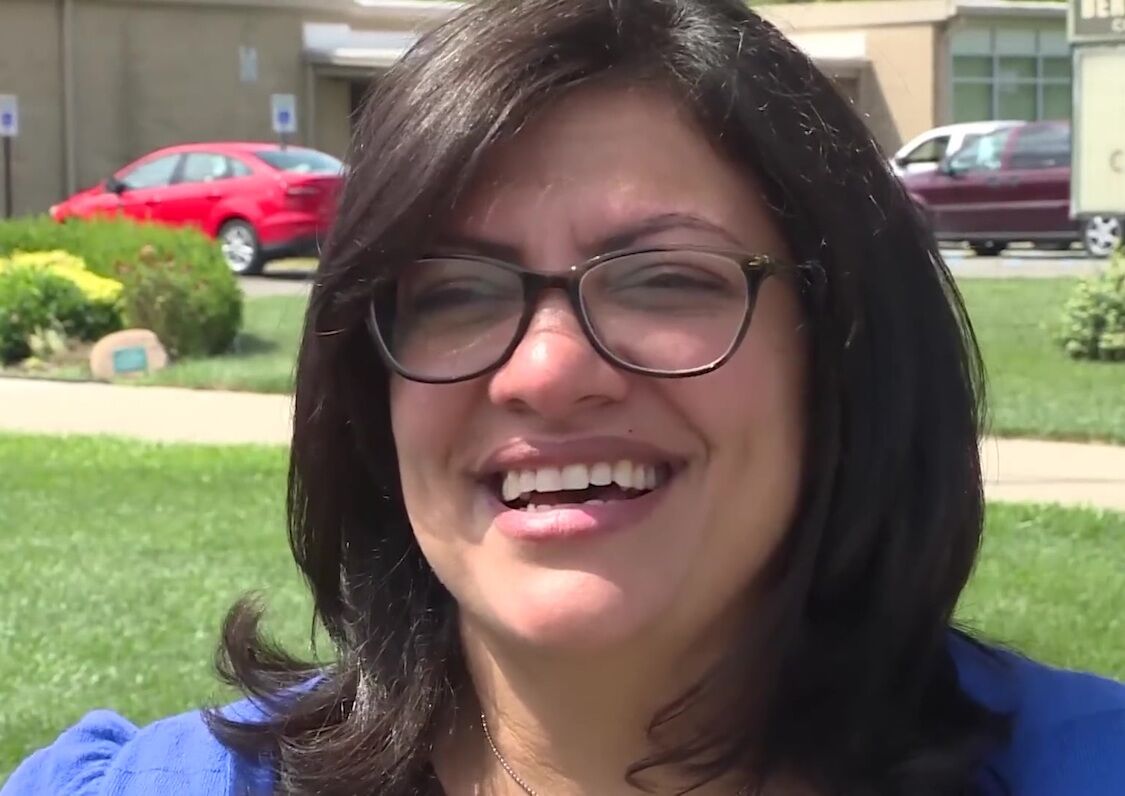