Let’s pretend you are the editor of a magazine. Two of your reporters say they’ve learned of a woman who alleges that a prominent man exposed himself to her while the two were at a party in a college dorm more than 30 years ago. Her story isn’t ironclad: Her recollection is hazy because she had been drinking that night. She has been asking longtime friends if they have any memory of the event and has come up short. The man in question denies the allegation. No one seems to have any direct knowledge of what the accuser is talking about. There is one gentleman who refuses to go on the record who says he heard about the incident from another person sometime after it happened. Question: Do you run a piece without corroborating evidence, or do you tell your reporters to keep digging?

If you chose the second option, congratulations! You have better judgment than the editor of the New Yorker. Yes, as the old ad campaign had it: Yes, the New Yorker.

The nomination of Brett Kavanaugh to the Supreme Court was already in jeopardy on Sunday, September 23, when the Drudge Report began teasing “a new twist” in the story from Ronan Farrow and Jane Mayer of the New Yorker. Christine Blasey Ford, the California psychologist who had accused Kavanaugh of sexual misconduct while they were teenagers, had agreed to testify in public before the Senate Judiciary Committee. While there were gaps and inconsistencies in Ford’s account, and all the individuals she identified as witnesses either denied or did not recall her charges, several Republican senators were growing leery of Kavanaugh. A second accuser might have defeated him altogether. Conservatives fretted as they awaited the New Yorker report.

Then they read the article and anxiety turned into outrage. “Senate Democrats Investigate a New Allegation of Sexual Misconduct, from Brett Kavanaugh’s College Years” led with news that “at least two” Democratic senators were investigating the charges of Deborah Ramirez, a registered Democrat living in Colorado who “spent years working for an organization that supports victims of domestic violence” and had attended Yale at the same time as Kavanaugh. “After six days of carefully assessing her memories and consulting with her attorney,” Farrow and Mayer wrote, “Ramirez said she felt confident enough of her recollections to say that she remembers Kavanaugh had exposed himself at a drunken dormitory party, thrust his penis in her face, and caused her to touch it without her consent as she pushed him away.”

The New Yorker piece had all the signs of a hit job. Co-author Mayer, a notorious lefty, had previously targeted Vice President Mike Pence, Charles and David Koch, Dick Cheney, and Clarence Thomas. Hawaii Senator Mazie “Shut Up, Men” Hirono was quoted early on, calling Ramirez’s allegations “credible” and adding, “We’re taking them very seriously.” Nor did it take long for other Democratic senators to group Ramirez with Ford and another woman, Julie Swetnick, as Kavanaugh’s “three credible accusers” whose lurid charges disqualified him from the bench.

Farrow and Mayer were up front about the fact that they lacked corroboration. “The New Yorker has not confirmed with other eyewitnesses that Kavanaugh was present at the party,” they wrote. “The magazine contacted several dozen classmates of Ramirez and Kavanaugh regarding the incident. Many did not respond to interview requests; others declined to comment, or said they did not attend or remember the party.” The exception was an unnamed source who “said that he is ‘one-hundred-percent sure’ that he was told at the time that Kavanaugh was the student who exposed himself to Ramirez.” If one of my Free Beacon writers had come to me with these caveats, I would have told her she had zilch.

Just how weak was this story? The evening it was published, in the 16th paragraph of an article about Ford’s agreement to testify before the Senate Judiciary Committee, Sheryl Gay Stolberg and Nicholas Fandos wrote the following in the New York Times:

The Times had interviewed several dozen people over the past week in an attempt to corroborate her [Ramirez’s] story, and could find no one with firsthand knowledge. Ms. Ramirez herself contacted former Yale classmates asking if they recalled the incident and told some of them that she could not be certain Mr. Kavanaugh was the one who exposed himself.

That sound you hear is the Gray Lady telling Eustace Tilley to talk to the hand.

Of course, after Republicans pointed out that the New Yorker was the sole publication to run Ramirez’s story, the journalist guild closed ranks and lauded Farrow and Mayer for admitting they had no supporting evidence. “I gather some people thought we were trying to knock down her [Ramirez’s] account, but that’s not what we were doing. I’m not questioning their story. We’ve been competing against Ronan Farrow for a year and he’s terrific,” Dean Baquet told Erik Wemple of the Washington Post.

On September 24, Paul Farhi of the Washington Post wrote an article headlined, “The conservative conspiracy theory about the media and the Kavanaugh nomination has a few holes.” Farhi admitted, “To be sure, Ramirez’s allegations have some inherent weaknesses, most of which are acknowledged in the New Yorker article.” Memo to aspiring journalists: Acknowledging the weaknesses and lack of corroboration in your story doesn’t make it stronger.

Once the New Yorker published its story, the Times felt no compunction about printing Ramirez’s allegations and deriving larger sociological meaning from them. On September 25, came an article with four bylined names and six contributors noted at its conclusion entitled “In a Culture of Privilege and Alcohol at Yale, Her World Converged with Kavanaugh’s.” The lead: “Last week, more than 30 years after they graduated from Yale, Deborah Ramirez contacted her old friend James Roche. Something bad had happened to her during a night of drinking in the residence hall their freshman year, she said, and she wondered if he recalled her mentioning it at the time.”

And guess what: He didn’t. No one else did, either.

In an October 3 follow-up headlined, “The FBI Probe Ignored Testimonies from Former Classmates of Kavanaugh,” Mayer and Farrow identified the anonymous source who had recalled hearing of the incident after it had happened. He is Kenneth G. Appold, the James Hastings Nichols Professor of Reformation History at Princeton Theological Seminary.

Mayer and Farrow continue to defend their piece. “We try to be fair, accurate, and tough on all sides,” Mayer told the Washington Post. For his part, Farrow told George Stephanopoulos, “We take reporting of this type extremely seriously. The evidentiary basis for this, and the number of witnesses who were told at the time, is strong.” If you want to know why the Fake News charge levied by Trump is sticking, you need only look to the New Yorker. Yes, the New Yorker. 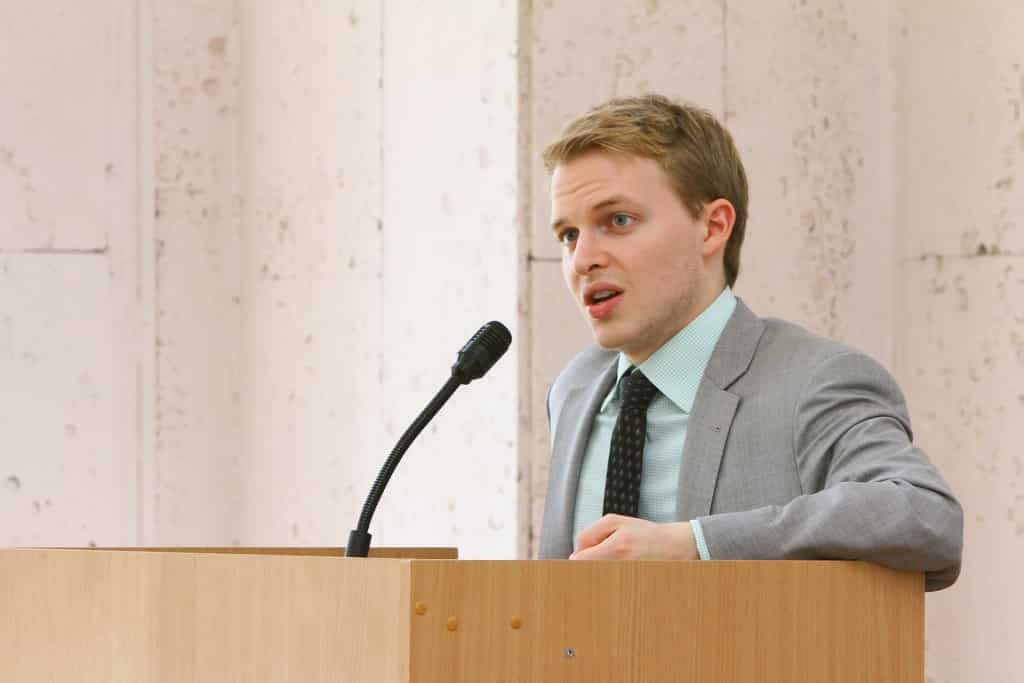