he most damning revelation from John Podesta’s hacked emails was contained in a message sent by Hillary Clinton’s chief pollster to Podesta and others on February 7, 2016. It concerned a speech the candidate was about to deliver. “Other than what she has been doing over the last few days,” asked Joel Benenson, “do we have any sense from her what she believes or wants her core message to be? I pose this only because the opening graph here, which I assume is the core frame, is written in passive as opposed to active voice and it is still not clear what her singular message is.”

Benenson’s question was remarkable. His candidate was a 69-year-old woman who had spent her entire adult life preparing to run for election as the first female president of the United States of America, and after half of the campaign cycle had already elapsed, she still had no clear reason for wanting the job. Bernie Sanders, Benenson went on, “has simplicity and focus—the corrupt political and economic systems are rigged to keep giving more to the billionaire class while the middle class has been hollowed out.” It was a message remarkably similar to the one proclaimed by the man who, nine months later, would win the general election.

Hillary Clinton won’t be president because her family became estranged from the very communities that put her husband in the White House some 25 years ago. Bill Clinton grew up in poverty, was governor of one of America’s poorest states, and despite attending Georgetown and Yale and Oxford, never lost his connection to the white working class among whom he was raised. He won Appalachian states like Kentucky, West Virginia, Ohio, and Pennsylvania, as well as the Upper Midwest states of Michigan and Wisconsin. Hillary Clinton had no such connection. Nor did she attempt to forge one.

From his 1992 campaign to the end of his presidency, Bill Clinton devoted his attentions to the economic situation of middle-class America. He had an ability to describe and champion technological innovation and global integration in a rhetoric that palliated fears of change. And because he course-corrected after the midterm election of 1994 and presided over an economic boom a few years later, the public was willing to forgive his squalid personal life.

Things were different, however, when the Clintons left the White House. As Hillary Clinton later said, the family was “dead broke,” and to afford the opulence to which they had become accustomed they went about building “Clinton Inc.” This network of foundations, paid speeches, consulting firms, and public offices enriched the Clintons greatly. Over the next 15 years, they amassed a combined fortune of some $111 million, just as the U.S. economy was entering a period of low growth, falling incomes, and rising inequality. Like novelists whose working-class characters lose their verisimilitude as the books they write rise on the bestseller lists, the Clintons lost the common touch.

The Clintons did not recognize this as a problem, however, for two reasons. The first is that they had bought into the “demographics are destiny” argument put forward by authors Ruy Teixeira and John B. Judis in their 2002 book The Emerging Democratic Majority. Teixeira and Judis argued that Democrats had an advantage in presidential elections thanks to the alliance between white professionals and minority voters. Both of these segments of the population were growing, thus assuring Democratic victories in high-turnout elections. The elections of 2006, 2008, and 2012 seemed to confirm the Teixeira-Judis thesis. All that was necessary for Clinton to win in 2016, Democrats believed, was to inherit the voters who had twice elected Barack Obama to the White House.

But things are never that simple. Writing alone in 2015, Judis modified his argument in an essay called “The Emerging Republican Advantage.” He wrote that his book had failed to anticipate a shift in white voting preferences away from the Democratic Party, not only among the white working class but also among “middle class Americans,” voters with college degrees and incomes between $50,000 and $100,000. As important as minority voters are to the Democratic coalition, white voters are too—and the continued loss of white support, Judis went on, might counteract the advantages of having a supermajority of nonwhites. Democratic political operatives nevertheless ignored Judis’s warning because they assumed that the allegiances of Obama voters were transferable to any Democrat. They were wrong.

The second reason the Clintons neither recognized nor addressed the problem of their separation from working-class and middle-class white voters was Donald Trump. They never regarded him as a serious threat. In an April 2015 Democratic National Committee memo sent to John Podesta that was also hacked by Wikileaks, DNC officials labeled Trump a “Pied Piper candidate” who could “serve as a cudgel to move the more established candidates further to the right.”

The Democrats, the memo continued, “need to be elevating the Pied Piper candidates so that they are leaders of the pack and tell the press to treat them seriously.” This way, the Democrats assumed, the Republicans would disqualify themselves as too zany and extreme for the American people. As writer Brent Budowsky emailed Podesta, “Right now I am petrified that Hillary is almost totally dependent on Republicans nominating Trump.”

When Trump won the Republican nomination, the Clinton campaign could not believe its luck. It simply assumed—and it was not alone—that Trump would never become president. The entire thrust of the campaign was that Trump was an unacceptable choice. Clinton spent $211 million on television advertising, almost entirely on negative attacks on Trump. She gave speech after speech reminding voters of Trump’s worst qualities. She based her candidacy on experience and qualifications, seemingly forgetting that Americans have not valued these highly in recent presidential elections.

Clinton lacked any persuasive answer to the charge that she had been dishonest in her use of a private email server while secretary of state. She had no convincing means of fixing Obamacare despite skyrocketing premiums and fewer insurance choices. Her economic agenda was schizophrenic: congratulating President Obama on the recovery while calling for more to be done, trumpeting job gains while repeating the liberal dogma of tax increases and government spending. She was pandering to a base she wrongly assumed was hers, while ignoring the voters who had been central to her husband’s and Barack Obama’s success. And so she lost. 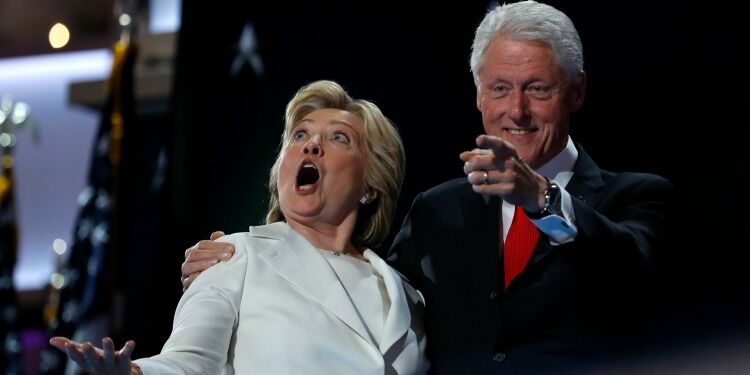