The unprecedented nature of the moment cannot be overstated. For the first time in several hundred years, a British chief rabbi publicly pleaded with his countrymen not to vote for one of the nation’s two major political parties. In an op-ed in the Times of London, Rabbi Ephraim Mirvis publicly catalogued the malfeasance and misdeeds of the leader of the Labour Party. Jeremy Corbyn had lavished love on terrorists and the enemies of world Jewry, had acted in so unapologetically anti-Semitic a manner that he invalidated himself as a potential prime minister. “How complicit in prejudice,” Mirvis asked, “would a leader of Her Majesty’s opposition have to be to be considered unfit for office? Would associations with those who have incited hatred against Jews be enough? Would describing as ‘friends’ those who endorse the murder of Jews be enough? It seems not.”

The rot, Mirvis stressed, was not limited to Corbyn; anti-Semitism had permeated the entire membership of the party. Labourites had refused to refrain from comparing Israeli soldiers to Nazis while supporters of the Labour leadership had hounded “parliamentarians, members and even staff out of the party for speaking out against anti-Semitism.” One of the most historic political associations in Britain had itself become an anti-Semitic movement: “A new poison—sanctioned from the top—has taken root in the Labour party.” In closing, the chief rabbi emphasized that the question facing British voters affected more than the future of Anglo Jewry, for they would decide, in the election, what sort of people they would be:

It is not my place to tell any person how they should vote. I regret being in this situation at all. I simply pose the question: What will the result of this election say about the moral compass of our country? When December 12 arrives, I ask every person to vote with their conscience. Be in no doubt, the very soul of our nation is at stake.

The chief rabbi’s outcry came on the heels of several others, each also utterly unprecedented. The oldest Jewish newspaper in England, the Jewish Chronicle, devoted its entire front page to pleading with those who do not usually read its pages—non-Jews—to save England by rejecting Corbyn. Rabbi Jonathan Sacks, who sits as an apolitical cross-bencher in the House of Lords, publicly accused the leader of Her Majesty’s Opposition of bigotry.

These events revealed a British Jewry truly terrified about its future, and they made manifest the larger specter of anti-Semitism that has once again emerged in Europe. But they also suggest this is a time for admiration and celebration—of what Anglo Jewry’s leadership has become. In order to understand why this is so, we must briefly review the history of this Jewish community from its inception and why this moment in the story of British Jewry is upon us.

In 1655, another rabbi issued a public outcry in Britain on behalf of his people. After the overthrow of the monarchy led by Oliver Cromwell in 1649, Menasseh ben Israel and other Dutch Sephardim traveled to England and pleaded for Jews to be accorded full acceptance in that country. Menasseh’s goal was not achieved, but the Jews that had arrived were ultimately allowed to remain. Since Cromwell, the enemy of the monarchy, had never formally welcomed them back to the polity, when the royalty was restored in 1860, there was no need for Charles II to make waves by asking them to leave.

Throughout the 18th, and even the 19th century, there was no formal according of equality to Jewish residents of the United Kingdom. Jews were eventually and grudgingly allowed into Parliament, but there is nothing in English history to parallel George Washington’s letter to Newport’s Jews: “It is now no more that toleration is spoken of as if it were the indulgence of one class of people that another enjoyed the exercise of their inherent natural rights, for, happily, the Government of the United States, which gives to bigotry no sanction, to persecution no assistance, requires only that they who live under its protection should demean themselves as good citizens in giving it on all occasions their effectual support.”

This contrast is not the biased account of an American author; it draws on a reflection by Rabbi Sacks himself. In his fascinating book, The Home We Build Together, Sacks traces the experience of minorities in England. For Jews and other minorities, he reflects, Britain as a polity was akin to what he calls a “country house”; they were, essentially, akin to guests in Downton Abbey. For these guests, their host—England—was “welcoming, hospitable, capable of apparently endless generosity.” There was only one thing wrong: “However generous their host, he remains the host, and they are guests. It is his home, not theirs. The place belongs to someone else.” For Jewish immigrants, this “country home” was a godsend; but guests they remained, and equality this was not.

In our time, in reaction to the inequality of this society, Sacks continues, a new ethos overtook Britain: multiculturalism. Adopted in the name of equality, it ended up undermining British society. The “country house” for Sacks, was replaced by a hotel, where “there is no dominant culture; there is no national identity. There are no outsiders because there are no insiders.” In such a scenario, each group ends up seeing itself as threatened by another, and a culture of victimhood emerges. Sacks quotes Michael Walzer’s comment that in multicultural politics, “it is an advantage to be injured,” and so to succeed “one has to cultivate, as it were, a thin skin.”

Sacks wrote his book as an eloquent critique of multiculturalism, and a plea for Britons to find a way to build a common culture predicated on respect for difference. What Sacks does not describe is the one form of unity that arose from multiculturalism: intersectionality, where diverse groups have come together in a shared culture of victimhood and a shared hatred of Jews. As Sohrab Ahmari wrote in these pages: “Precisely because it is a theory of generalized victimhood, intersectionality targets the Jews–the 20th century’s ultimate victims. Acknowledging the Jews’ profound claims to victimhood would force the intersectional left to admit the existential necessity of the State of Israel.” This, however, the intersectional left has refused to do, because “Israel has been prejudged an outpost of Western colonialism. Therefore, the Jews cannot possibly be allowed to ‘win’ the intersectional victimhood Olympics.” Rather, Jews must be targeted as the enemy that unites the diverse members of the multicultural left.

It should therefore be unsurprising that leftist anti-Semitism took over one of the most important political parties in the Western world. For American observers, it is important to understand why this occurred and to be reminded that it can occur here as well. On Twitter, the Washington Post explained to its readers that Mirvis had attacked Labour leaders because of their “strong statements on Palestinian rights.” In perfect political jujitsu, Jewish fears of anti-Semitism had been turned into a lack of compassion for Palestinian victims. The offending tweet was deleted, but the underlying sentiment that gave rise to its initial publication remains. The forces sympathetic to intersectional victimhood exist in our institutions as well, and they instinctively apologize, obfuscate, and spin on the anti-Semites’ behalf.

As this article goes to print, polls have closed in Britain, and a resounding defeat for Corbyn and the Labour Party has taken place. This electoral result is truly a source of jubilation and celebration; but what occurred in Anglo Jewry before the election is worth celebrating as well. The stand taken by Rabbis Sacks and Mirvis, and others in England, should inspire Jewish pride everywhere. After centuries as guests in an English “country home,” and decades as targets of the multicultural left, British Jews spoke as equals in their country. They issued a plea for the future of Britain to their countrymen, but their outcry has implications for the entire free world. It is therefore apt to paraphrase one of the greatest and most philo-Semitic of Britons in concluding that, whether the three and a half centuries of Jewish thriving in England comes soon to a close, or whether it continues for many hundreds of years, it can well be said that this was their finest hour. 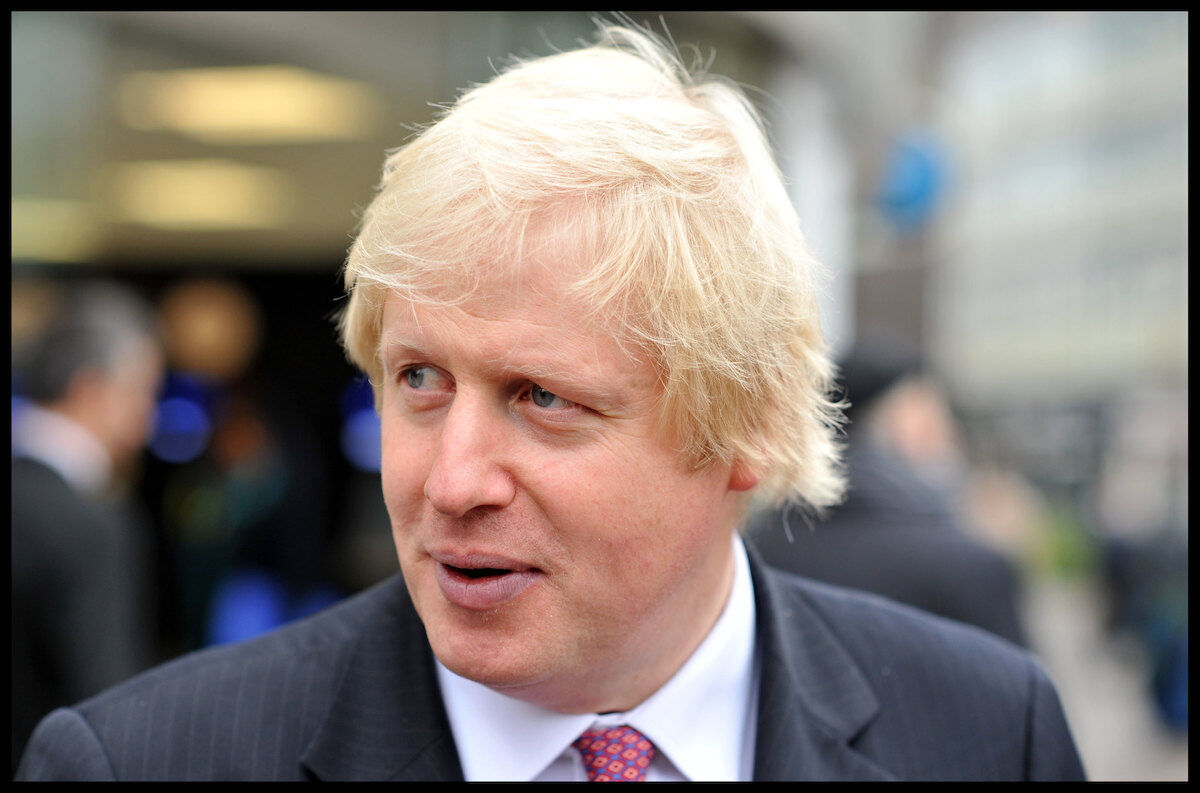