If we shall suppose that American Slavery is one of those offences which, in the providence of God, must needs come, but which, having continued through His appointed time, He now wills to remove, and that He gives to both North and South, this terrible war, as the woe due to those by whom the offence came, shall we discern therein any departure from those divine attributes which the believers in a Living God always ascribe to Him? Fondly do we hope—fervently do we pray—that this mighty scourge of war may speedily pass away. Yet, if God wills that it continue, until all the wealth piled by the bond-man’s two hundred and fifty years of unrequited toil shall be sunk, and until every drop of blood drawn with the lash, shall be paid by another drawn with the sword, as was said three thousand years ago, so still it must be said “The judgments of the Lord, are true and righteous altogether.”

incoln’s second inaugural is the most remarkable speech in American history. Its exquisite words appear to have been penned not by a statesman but by a theologian who sees the punishing hand of God in an ongoing war and who implicitly calls his countrymen to repentance. To find its parallel, one must look not to other admirable examples of English wartime rhetoric—Shakespeare’s Agincourt or Churchill’s Dunkirk—but to the Hebrew Bible, with whose words Lincoln concluded the paragraph cited above. Yet a century and a half after the second inaugural was delivered, and with our society once again debating the Civil War, it is painfully clear that we have forgotten some of its central lessons.

Standing on the Capitol steps in 1865, with Union victory a certainty, one would have expected a president to celebrate the valor of his soldiers triumphantly, to rejoice in the coming end of the war and in the justice of his cause. Yet Lincoln does no such thing. Instead, like Isaiah, Jeremiah, and Ezekiel during Israel’s wars with foreign powers, he seeks to explain the designs of Providence in producing so much death and destruction. He finds the answer in what he believes is the sin of both North and South, a sin that lies in the origins of America. On the wonderful website What So Proudly We Hail, Caitrin Keiper rightly calls Lincoln’s thesis “a comprehensive but harrowing theodicy of American history stretching back before the nation’s founding.” No one killed in the Civil War was personally involved in the Atlantic slave trade or the inclusion of slavery in the Constitution, “but it is for these actions, as much or more than any current and particular sin of slave-holding, for which everyone has now to pay.” Just as the Founders’ achievements are our patrimony, so too, for Lincoln, “their guilt is everyone’s inheritance as well—the sins of the fathers visited on the children to the third and fourth generation.”

Lincoln’s words are worth bearing in mind when we consider the controversy over an interview given by White House Chief of Staff John Kelly, who referred to the Civil War as resulting from Americans’ failure to compromise. Writing at the Federalist, John Daniel Davidson seems to assert that America’s compromises over slavery were all positive steps toward abolition:

In our case, the entire history of the United States prior to outbreak of war in 1861 was full of compromises on the question of slavery. It began with the Three-Fifths Compromise written into the U.S. Constitution and was followed by the Missouri Compromise of 1820 (which prohibited slavery north of the 36°30’ parallel, excluding Missouri), the Compromise of 1850, then the Kansas-Nebraska Act of 1854, which repealed the Missouri Compromise and eventually led to the election of Abraham Lincoln and the subsequent secession of the southern states. Through all this, we inched toward emancipation, albeit slowly.

This is a strange thing to assert. The 10 years before the Civil War, as Davidson admits, included the repeal of a compromise restricting slavery to the South. Those years also included the Dred Scott decision, which enshrined slavery as a constitutional right throughout the continent. To say that America, in the years preceding the Civil War, “inched toward emancipation” is akin to saying that in the decade surrounding the Supreme Court ruling in Roe v. Wade, America inched toward banning abortion. Historical facts aside, Davidson misses Lincoln’s most critical point, which is that these compromises were not to be celebrated. For today’s political left, Davidson asserts, “compromise was a crime.” Yet Lincoln—no modern leftist—asserts that compromise on slavery, even if it was required to create the union that he loved and fought to preserve, nevertheless implicated the country in a moral crime. America had compromised on slavery again and again; and in the wake of the war’s carnage, Lincoln came to the conclusion that in the case of slavery, America’s genius for compromise, however necessary the Founders felt it was to produce the United States, was also a source of divine wrath. And what Lincoln interprets as the resulting punishment is the tragedy at the heart of the miracle that is the American story.

At the same time, those critical of Kelly’s comments also ignore Lincoln’s insights. Adam Serwer wrote an essay in the Atlantic, cited positively by Kelly’s critics on both the right and the left, that seems to assert that the bloodbath that was the Civil War was not tragic at all:

What is strange is that the circumstances surrounding the abolition of slavery and the preservation of the Union are regarded as tragic. The issues debated on the eve of the Revolutionary War were more amenable to compromise than those that rent the Union in two in 1861. Many Americans died in the Revolutionary War; neither the United States nor Great Britain today regards its outcome as lamentable.

This too is ahistorical and philosophically misconceived. There were more American casualties at Gettysburg alone than on all the battlefields of the Revolution, and similar carnage occurred at Shiloh, Antietam, Fredericksburg, Chancellorville and so many other blood-soaked parts of the United States. It is precisely this enormity of deaths, which no one expected, that led Lincoln to seek a theological understanding of what had occurred. The war is “regarded as tragic” because Lincoln taught us to think that way, to see the countless casualties as a punishment for the sins of the United States, for the sins of North and South, for the sins committed by the very Founders whom we still rightly revere.

We certainly should celebrate much of what the war produced: the abolition of slavery, and a renewed understanding of our identity as a nation conceived in liberty. Yet, Lincoln reminds us, the Civil War was tragic because it was a result of sin, and therefore the Union’s triumph must be marked not only with elation but also with humility.

Why have so many today forgotten Lincoln’s profound and prophetic insights? American society, once formed by the theological themes of the Hebrew Bible, now is in danger of losing the biblical perspective that made it unique. Paul Johnson has noted that in reading the theodicy of the second inaugural, it is impossible to imagine Lincoln’s European contemporaries Napoleon III, Bismarck, Gambetta, Thiers, Garibaldi, Cavour, Marx, or Disraeli thinking this way, whereas “Lincoln did so in the certainty that most of his countrymen and women could and did think along similar lines.” It is not clear how many Americans today think of ourselves in the way Lincoln once described us: an “almost chosen people,” called to imitate biblical Israel, to remind ourselves that we stand continually under God’s judgment, and to engage in constant moral evaluation of ourselves.

The Civil War was indeed tragic; and meaning was found in the more than half a million dead by a man who was once agnostic as to faith, and who all of a sudden emerged as the theologian of the American idea. A little more than a month later, he too was dead. He lives on in his words even more than in his deeds, and the tragedy that was the Civil War would be compounded if the lessons that these words proclaim would one day perish from the earth. 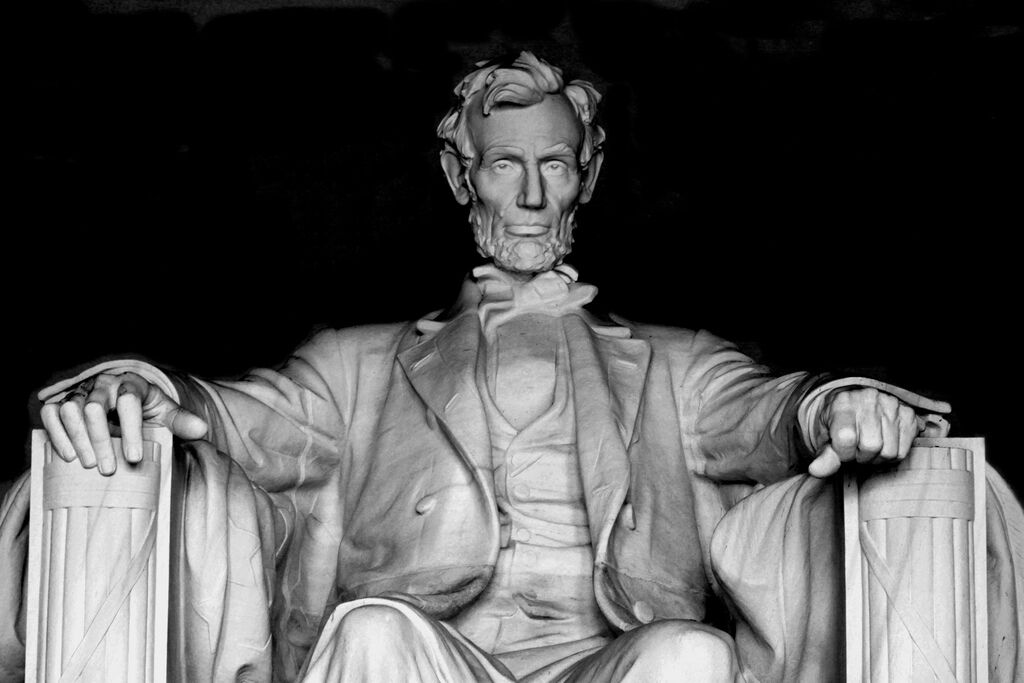