o the purist,” Tim Wu writes, “few things are smellier than advertising, and once you step in it, there is no easy way to fully wipe it off.” Wu is himself a purist, and The Attention Merchants is a book about the people throughout the history of modern media who have stepped in it.

Media moguls—from the first newspaper publishers to the scions of Silicon Valley—are not the source of the smell, so it is odd that they come in for a book’s worth of opprobrium from Wu. He mostly dislikes the fact that our lives are so commercialized, that someone is always trying to sell us something. For this, he could blame corporations that make useless gadgets, advertising agencies, or capitalism itself. But instead Wu, a professor of law at Columbia University, has set his sites on the people who have gotten our attention and then resold it to the highest bidder.

Wu is certainly not a pioneer in his concerns about the commercialization of our airways. In the 1920s when radio was first taking off, Pepsodent toothpaste approached NBC with the idea of sponsoring a program called Amos ’n’ Andy. While the show would largely remain the same as it had been—a dialogue between two Southern blacks who had moved to the big city—now there would be an announcer saying at the end of each segment: “Use Pepsodent toothpaste twice a day. See your dentist at least twice a year.” Even that low-level sales pitch seemed beyond the pale back then. “It is inconceivable,” Herbert Hoover said in 1922, “that we should allow so great a possibility for service, for news, for entertainment, for education and for vital commercial purposes to be drowned in advertising chatter.”

But with the great windfall that came from such advertising, quaint notions were pushed aside. Wu describes how the success of radio commercials marked “a race for the conquest of time and space that continues to this day.” Indeed, not only did broadcasters begin to see themselves as “owning” a part of the day, but they also were able to bring advertising from a public space into a private one.

All of this only accelerated with the advent of television, which, by 1960 was eating up about five hours a day of Americans’ time, according to Wu. He quotes one woman from the time who said: “We ate our suppers in silence, spilling food, gaping in awe. We thought nothing of sitting in the darkness for hours at a stretch without exchanging a word except ‘Who’s going to answer that confounded telephone?’”

Whether it’s AOL’s chatrooms for strangers or Twitter’s idea of amassing followers for 140-character thoughts, there seems no end to the ways that the attention merchants can grab hold of us.


Wu describes the early history of television, the new tricks that programmers used to bring in more and more viewers so that they could be sold more and more stuff. Commercials were made to interrupt the flow of the story. Game shows were made to leave audience members in suspense just before the breaks. In each of Wu’s vignettes, there seems to be someone complaining that all of this advertising is going to ruin the actual programming. He cites Edward R. Murrow’s disappointment with CBS. The newsman complained that television’s sponsors prevented the networks from ever showing anything too downbeat. “Television in the main insulates us from the realities of the world in which we live. If this state of affairs continues, we may alter an advertising slogan to read: LOOK NOW, PAY LATER.” But all of this programming—from the newscasts to the sitcoms to the game shows—were a way for broadcasting companies to make money, in part to pay Murrow and others their salaries.

In each generation, the media are faced with the same question: How can we make money off of our product? Which in turn leads to the question: How can we keep the attention of our audience long enough so that they will consider buying something else? In Wu’s telling, new challenges popped up frequently, like the invention of the remote control, which allowed people to take their attention away just when you wanted it most. Or cable television, which made the audience for each message smaller.

Though Wu is clearly annoyed by the ways in which these attention merchants succeed in riveting our gaze, his stories also read like case studies of American ingenuity. When MTV executives began to worry that no one wanted to keep watching music videos, they came up with the idea for the show The Real World, which not only tapped into the audience’s desire to blur the line between ordinary people and celebrities but also cost next to nothing to make. Whether it’s AOL’s chatrooms for strangers or Twitter’s idea of amassing followers for 140-character thoughts, there seems no end to the ways that the attention merchants can grab hold of us.

Wu is disappointed that ultimately some of the best minds of each generation are consumed with this task. But then, that is what most such minds do in all generations: They try to figure out how to make money. Describing Larry Page’s decision to use advertisements (“AdWords”) on the heretofore uncorrupted Google website he co-created, Wu writes: “Page may have felt he’d outwitted the Devil, but so do all Faustian characters.” He suggests that Page saw the addition of these commercial elements as a necessary evil for a company whose motto was “Don’t be evil.” Page, Wu says, “had wanted to build a clean, pure tool, free of commerce’s distortions.” Perhaps, but Page also wanted to make money and lamented the fact that his was just another Internet startup that wasn’t profitable. He had seen how other search engines not only bombarded people with unwanted ads but how advertising revenue had actually biased the searches themselves. Page and his colleagues figured out a way to offer unobtrusive advertising while also keeping their algorithms fast and useful. In a way, they succeeded by trying to seize less of our attention for the commercial product and more for other things.

Sadly for Wu, we will never live in a world where public service or education are going to be the primary motivators of media. We are stuck with a system where people try to sell us things. It’s patronizing to think the public is unaware of this and isn’t able to regulate its own conduct toward it. Perhaps the public doesn’t wish to. 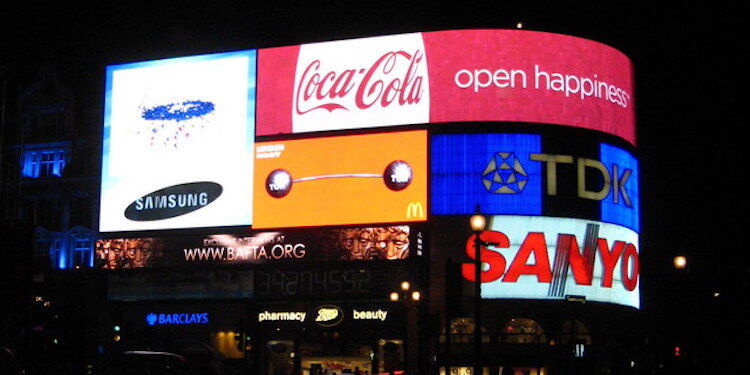