n the summer of 2013, Iran was sliding into geopolitical, diplomatic, and economic chaos. The Iranian economy was within a few months of a downward spiral that Tehran had no good options for halting. A binding United Nations Security Council resolution had ordered Iran to halt all uranium, plutonium, and ballistic-missile work, and to disclose the full scope of its previous nuclear cheating, or face increasing isolation. 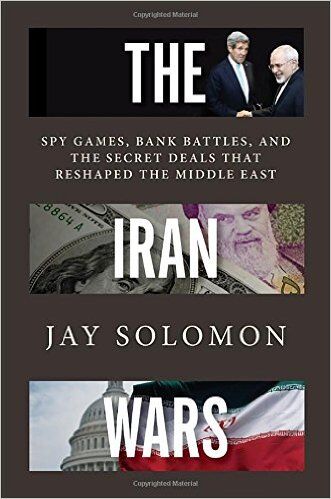 Then the Obama administration led the P5+ 1 powers in launching negotiations with Iran. In exchange for sitting down and talking, the Iranians would get hundreds of millions of dollars monthly, stabilizing their economy. Eventually U.S. diplomats offered Iran a deal that legalized full-blown uranium, plutonium, and ballistic-missile work on a timeline—with international sponsorship for Iranian work in the meantime—and did not force the country to disclose its previous nuclear cheating.

The deal also immediately released roughly a hundred billion dollars to Iran, shredded the international sanctions regime, would have American officials traveling to drum up business for Iran, removed restrictions on a range of Iranian terrorists, and allowed Iran to keep spinning thousands of centrifuges throughout the deal—and then, to sell all of that, the president and his allies said that American diplomats did the best anyone could have.

In his essential new book, The Iran Wars, Wall Street Journal chief foreign-policy correspondent Jay Solomon chronicles the changing nature of the American approach to Iran following 9/11. As he makes clear, beginning in 2006, officials from the Treasury Department had been traveling around the world systematically building pressure on Iran because of its nuclear program. American officials occasionally cajoled, but just as often they unapologetically deployed American economic power against reluctant foreign entities: businesses, banks, and countries were told they had to choose between having access to the U.S. financial system or doing business with Iran.

Top American officials devoted careers to traveling the globe personally delivering warnings, and then having to back them up. Banks who tested American resolve found themselves facing billions of dollars of fines. So did nations: India faced financial chaos when the U.S. made good on threats to cut off sanctions-busting institutions. There were outcries in almost every case, but U.S. officials used American power and Iran’s toxic reputation—this was the era of Iran’s Holocaust-envying President Mahmoud Ahmadinejad—to systematically isolate Iran.

Solomon matter-of-factly describes Barack Obama as obsessed with changing the U.S. position toward Iran, and willing to subordinate much of American foreign policy in service of that goal. Obama started his administration sending secret letters to the head of state, the Ayatollah Khamenei, which recognized the prerogatives of the “Islamic republic” and foreswore regime change. He broadly cut funding to anti-regime groups and specifically abandoned Iranian moderates during the early days of the Green Revolution in 2009, after the regime fixed an election. When nuclear talks seemed to be stumbling, he sent another letter to Khamenei effectively offering Syria as within Iran’s sphere of influence.

But while Obama sought to redirect America’s focus, he did so mostly in the background, and the old policy continued entropically, due largely to the continued insistence of the U.S. Congress that its legislation be heeded. It produced remarkable results. Iran’s economy was at risk of disintegrating, the result of one of the most audacious campaigns in the history of statecraft. By 2013, parts of it had reverted back to a barter system. The country was months away from running short on hard currency. The budget had a $200 billion black hole. And the Treasury Department had made sure Iran had no way to recover: Iranian ships and airplanes were not welcome beyond Iran’s borders, and oil revenue was frozen in overseas accounts.

Though it would later claim credit for the pressure campaign, the Obama administration had fought against sanctions for years. Administration officials claimed that tightening the noose on the Iranian economy would cause the sanctions policy to collapse. But Congress ignored the warnings, U.S. allies remained just as scared of Treasury as always, and world markets did not disintegrate. The administration remained convinced that America had to shift gears: Solomon quotes an interview he conducted with Deputy National Security Adviser Ben Rhodes in which Rhodes told him that moving against Iran could crash the global economy.

Rhodes and his NSC colleagues would later boast to David Samuels in the New York Times Magazine that they sold the nuclear deal in 2015 by channeling exactly such claims through an “echo chamber” of Iran-issue lobbyists, White House–minted experts, and juvenile journalists. The administration line was that the sanctions regime had been collapsing, it could not have been saved, and no American diplomat could deliver a better deal. Creating and insulating that narrative required obfuscating everything in the previous decade—not just what was in the deal, but how it squandered—and then reversed—a decade’s worth of effort to constrain Iran.

Sometimes the sales job was casual nonsense. Kerry at one point declared that successfully opposing the deal would take down the U.S. dollar. Sometimes the pushback involved strident calls to authority. State Department spokesperson Marie Harf once rebuffed eventually justified concerns over Iranian cheating by saying she had spoken to “all of the nuclear experts on this, there is not a concern.”

In many cases Iran-deal advocates crossed the line into gaslighting: They told reporters and lawmakers that their senses were simply wrong, that they didn’t see or hear what they saw and heard. In April 2015, the president revealed that the deal would legalize Iran’s nuclear program and allow the Iranians to get within a screw’s turn of a nuclear weapon after a decade: “The breakout times would have shrunk almost down to zero.” There was a public outcry. Administration officials dealt with it by unblinkingly telling reporters that the president had not been talking about the nuclear deal.

The Iran Wars highlights how the administration elaborately hid negotiation details from the very beginning. Much of the public drama between Secretary of State John Kerry and Iranian Foreign Minister Javid Zarif—including the reported walkouts and conflicts—was staged. For several years, the two made a show of conducting negotiations in multilateral forums while Kerry made concessions in private talks that would become the nuclear deal. In 2013, Kerry and Zarif had ducked into a side room at the United Nations to exchange personal email addresses and mobile numbers, and by 2016 they were chatting multiple times a day. Solomon writes about them taking walks together in between hundreds of hours of negotiations in Vienna, Zurich, New York, Geneva, and Munich. These provided the backdrop to Kerry offering unprecedented concessions. At no point, Solomon points out, has it ever been clear that Zarif actually speaks for the Iranian regime.

The exchanges had developed from the so-called Oman channel—kept secret from allies for years—where the actual contours of the deal were shaped. Meanwhile there were public negotiations, with terms that subsidized the Iranians for staying at the table and stabilized their economy, which had the perverse effect of incentivizing Iran to talk while American leverage dwindled. Whenever Congress moved to boost pressure on Iran with new sanctions, Kerry would reiterate the old administration arguments about sanctions being spoilers.

In April 2015, U.S. diplomats worked out a framework with none of the main commitments they had made to Congress during those times when they asked Congress to back off. When pressed on this point by everyone from lawmakers to the international partners, the administration lashed out. Solomon sketches one episode where Kerry’s team lashed out and belittled the French for wanting a tougher line.

Many of these facts were reported when they occurred, only to be drowned out in an effort to stymie public deliberation. Solomon’s excellent book reasserts facts, not the Obama administration’s lies, in preparation for a public debate that—given Iran’s increasing aggression across the region—we will soon be having again. 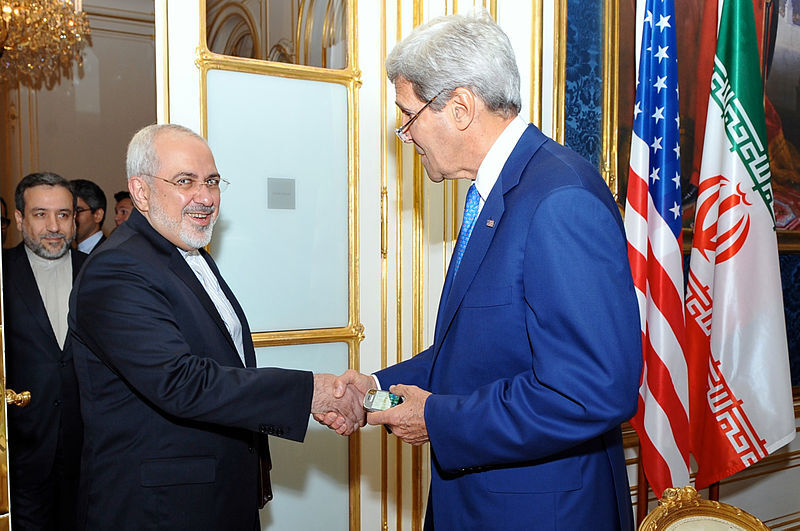 Omri Ceren is a managing director at The Israel Project and a fellow of the Claremont Institute. 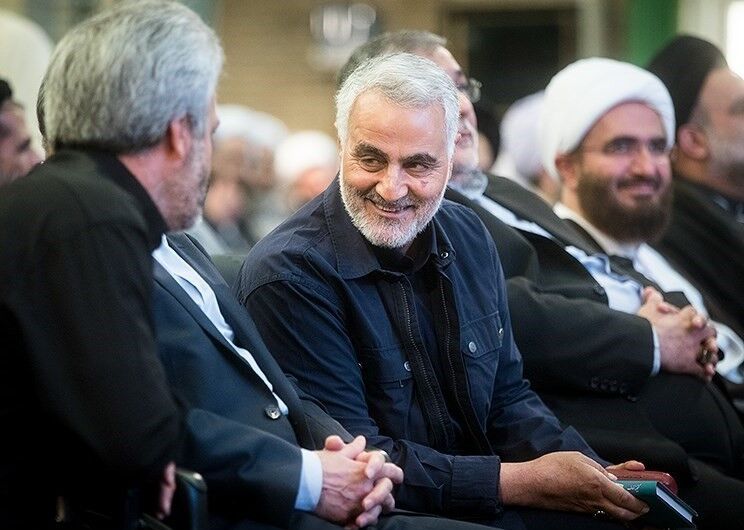 The New Rocket Threat to Israel 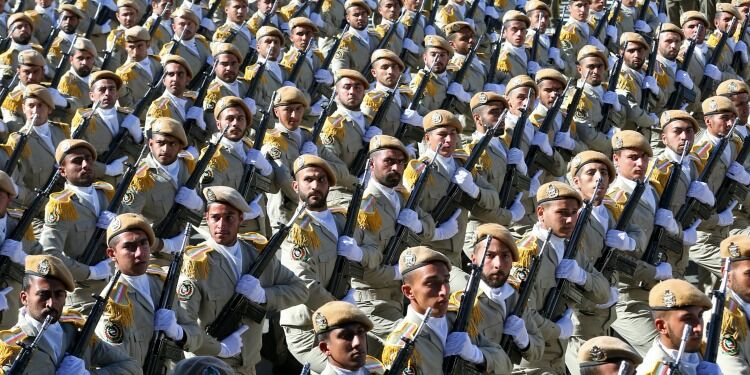 Can We Pursue a Victory Strategy Against Iran?