36 Arguments for the
Existence of God
By Rebecca Newberger Goldstein
Pantheon Books, 416 pages, $27.95

Believer: “How is it possible
to live coherently, leading lives that are worthy of us, without
faith in a transcendent purpose and meaning and dignity?”

And so it goes.

Arguments on the subject of religious faith come variously and abundantly these days, from theist and atheist alike. From the former, they range from the oracular hectoring of slick televangelists concerning the rewards that await the believer—both in this life and the next—to the carefully wrought arguments of the more intellectually rigorous Christian and Jewish clergy as they confidently and earnestly assert the rationality of faith, its cognitive inevitability, and its ethical necessity.

Not to be outdone, however, come the New Atheists, fierce conscientious objectors to what they regard as the hollow temptations of religion. These acolytes of pure reason assert, as against their religious counterparts (and with no less self-assurance), the manifest irrationality of religious faith, its logical incoherence, and its ethical superfluousness.

This is all a terribly disheartening spectacle for the beleaguered agnostic, moved as he is by the felt need for the transcendent yet unable to yield fully to the allure of faith or to any of the particular creeds of the conventionally religious, aware as he is of the power of science to explain the hitherto mysterious, and struck as he is by the discordant irony in the fact that the atheists share with their theist adversaries what is, to the agnostic, a strangely apodictic certainty concerning that matter about which certainty is surely not possible.

Rebecca Newberger Goldstein enters this fray armed with a sophisticated grasp of philosophy (Ph.D., Princeton, 1977) and religion (raised in an Orthodox family, she is the author of a short biography of Spinoza). In previous works of fiction, (The Mind-Body Problem, Mazel, Properties of Light, among others) she has examined the rich territory that lies at the intersection of fact and intimation, thought and passion. In her latest, 36 Arguments for the Existence of God, she explores the conflict between faith and reason, and the result of that engagement is a captivating, original, and at times riotously funny novel.

As the novel begins, we find Cass Seltzer, a psychologist of religion and one of the brightest stars in the atheist firmament, standing on Weeks Bridge in Cambridge, Massachusetts, at 4 a.m., looking into the frozen Charles River, saying aloud “Here I am” as he marvels at the strangeness that is the very fact of his own personal individuation. (Though the parallel is not noted in the book, Goldstein knows full well that “Here I am” [hineni] is the same phrase spoken by Abraham to God when called to the sacrifice of Isaac.) Goldstein, as narrator, then asks the question at the heart of this mystery: “How can it be that, of all things, one is this thing, so that one can say, astonishingly—in the right frame of mind, it is astonishing, with the metaphysical chill blowing in from afar—‘here I am’?”

How can it be that the author of a surprise bestseller called The Varieties of Religious Illusion, in which Seltzer has masterfully debunked all the standard proofs of the existence of God—36 of them, which Goldstein reproduces as an appendix—finds himself still in thrall to such metaphysical hokum? How to explain the persistent tropism that inclines Seltzer to bend in the direction of the transcendent, placing him uncomfortably at odds with his newfound status as “America’s favorite atheist”?

The answer, in part—but only in part—to this question is that Seltzer has been blessed (though blessed is not a word he would be caught using) with professional success and distinction (Harvard is luring him away from the lesser Frankfurter University), public acclaim, and the promise—if not ultimately the actuality—of secure romantic bliss with the beautiful and brilliant Lucinda Mandelbaum. She is a fellow psychologist of a more scientific bent than Seltzer, renowned as the Goddess of Game Theory and creator of the Mandelbaum Equilibrium. And in light of his bountiful good fortune, he cannot help but feel personally grateful to the universe, to such an extent that he finds it hard to resist “the shameful narcissistic appeal” of a few of the 36 arguments for the existence of God he describes and then refutes in his bestseller:

At moments like this, could Cass altogether withstand the sense that—hard to put it into words—the sense that the universe is personal, that?.?.?.?the personal universe has been personally kind to him, gracious and forgiving, to Cass Seltzer, gratuitously, exorbitantly, divinely kind, and this despite Cass’s having, with callowness and shallowness aforethought, thrown spitballs at the whole idea of cosmic intentionality?

Yet Seltzer’s gratitude to the universe is tempered by his knowledge that however salutary and benign the circumstances of his own life may be, there is more to the expansiveness that he feels than a mere wish to say “thank you” to the heavens. The content of that further something is what Goldstein exquisitely adumbrates in the novel. The 36 arguments Seltzer believes he has refuted so decisively include the traditional ones proposed and debated by philosophers for centuries, as well as more contemporary arguments such as the Argument from the Hard Problem of Consciousness, the Argument from Mathematical Reality, and the Argument from Pragmatism. Yet even here he is being theologically teased, in this case by his author. Goldstein’s choice of the number 36 is pregnant with meaning, since Jewish mystic tradition has it that at any given time, the world is home to 36 holy men who are hidden from view.

Throughout the book, Seltzer’s atheism is haunted by specters—intellectual, romantic, and metaphysical—and his efforts to tamp down the insistent upwellings within him of what can only be characterized as “spirit” take place against the background of a personal and intellectual life and history that seem almost to have been fashioned for the very purpose of thwarting those efforts. The novel’s plotline traverses Seltzer’s journey as he wrestles with his multifarious yearnings over a 20-year period.

Looming over Seltzer—first as an overwhelming intellectual presence, then as a haunting memory—is the personage of Jonas Elijah Klapper, an English professor under whose sway Seltzer had fallen while an undergrad at Columbia, after enrolling in Klapper’s course “The Manic, The Mantic, The Mimetic.” (Goldstein’s ear for academic fustian is unerring and unsparing.) Abandoning his goal of attending medical school, Seltzer chose instead to follow Klapper to Frankfurter University, where the preposterously grandiloquent don constituted the entire Department of Faith, Literature, and Values, fashioned by the university solely to lure him away from Columbia.

Having failed to do anything to acquire “a unique and inviolable being” as an undergraduate, Seltzer was perfectly suited for the role of awestruck grad student and faithful acolyte, swept into orbit around the black hole of Klapper’s gargantuan ego. Utterly in thrall to his newfound sage, Seltzer found himself “wandering breathless in the rarefied landscape that opened up within the sculpted syllables” of Klapper’s lectures, “rendered in the very voice of Western civilization, sweeping in a matter of mere sentences from keening declamations to stentorious exhortations to whispering tremolos, a voice that astonished even itself with its impartings, moving the speaker to tears that traced their tortuous way down the pleated jowls of ageless genius.”

Then there is his old girlfriend, Roz Margolis, now an anthropologist who wants to recruit Seltzer to support her new venture, the Immortality Foundation, which has set about to abolish aging. A spirited, smart, affectionate atheist fellow traveler, Roz will reappear in Seltzer’s life between stints spent in the Amazon, where she studies a tragically vanishing tribe that has named her Suwäayaiwä—which, she informs him, roughly translates as “a whole lot of woman,” as indeed she is. As lover, critic, intellectual interlocutor, and above all, friend and companion, she will—without knowing or intending to do so—lead Seltzer inward to and outward from himself as he approaches an understanding of the “strange thisness of his life?.?.?.?the reaching expanse and pulsing intricacy” of existence. Seltzer’s closest approach to such an understanding will come after his eagerly awaited and—by atheist standards—successful debate at Harvard with Felix Fidley, a Nobel Prize–winning believer, over the proposition “God exists,” sponsored—fittingly—by the university’s “Agnostic Chaplaincy.”

Completing the constellation of souls whose lives most deeply touch Seltzer’s is Azarya, a 6-year-old Hasidic mathematical prodigy of transcendent genius who is intended to succeed his father, the rebbe of the Valdener Hasidim. Insulated from the outside world and without benefit of any secular education, Azarya has independently discovered the concept of prime numbers—which he calls maloychim (angels)—and has arrived at the proof (among others) that there is no largest prime.

The otherworldliness of Azarya’s genius and the path that his life will ultimately take serve to bring a kind of resolution (not to be confused with a solution) to the central mystery of human existence that Seltzer grapples with while gazing into the frozen Charles River in the book’s first chapter:

Here it is, then: the sense that existence is just such a tremendous thing, one comes into it,  astonishingly, here one is?.?.?.?one doesn’t know how, one doesn’t  know why?.?.?.?and all that one knows is that one is a part of it, a considered and conscious part of it, generated and sustained in existence in ways one can hardly comprehend?.?.?.?and one wants to live in a way that at least begins to do justice to it?.?.?.?and?.?.?.?to live one’s life in a way commensurate with the privilege of being a part of and conscious of the whole reeling glorious infinite sweep.

That resolution comes to him in the book’s final chapter, when the star atheist realizes that “to be human is to inhabit our contradictions?.?.?.?to be unable to find a way of reconciling the necessary and the impossible.” In the face of that primal inability, and of the “brutality of incomprehensibility that assaults us from all sides?.?.?.?we try, as best as we can, to do justice to the tremendousness of our improbable existence.” Like the asymptotic relation in which a straight line approaches a curve to which it will be tangent only at infinity, “we live, as best we can, for ourselves, or who will live for us? And we live, as best we can, for others, otherwise what are we?”

In 36 Arguments for the Existence of God, Goldstein has fashioned a tale that does justice to the depth of the problem of reconciling a scientific worldview with the insistent yearning for transcendence, and has done so in a way that is philosophically sophisticated without being pedantic, and deeply moving without being weighed down by the burdensome dross of sentimentality. 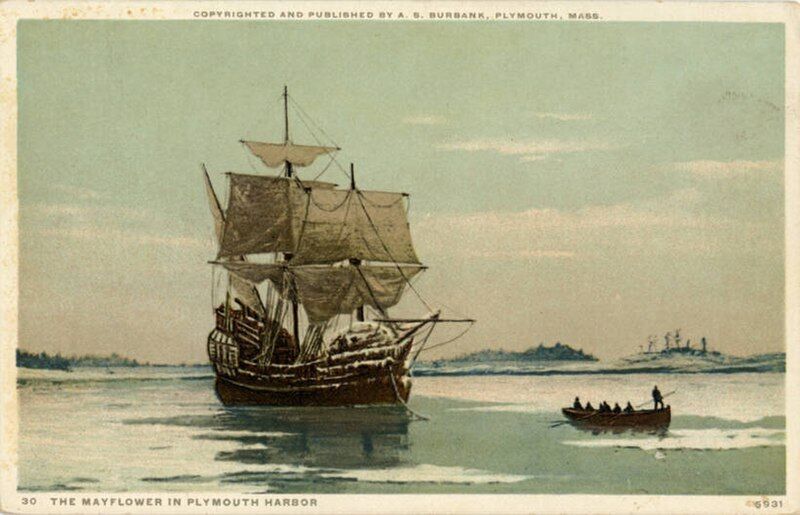