As the statues of Robert E. Lee have been falling across the South, the reputation of Ulysses S. Grant has been rising all over America. So high, in fact, that Ron Chernow, whose 800-page life of Alexander Hamilton inspired the hit Broadway musical, has now written a biography of the Civil War commander and Reconstruction president who, until lately, had been chronically “misunderstood” (in Chernow’s words), “subjected to pernicious stereotypes” by historians, and dismissed as a “butcher”-general whose two-term presidency was “an embarrassing coda to wartime heroism.” But Grant, in Chernow’s telling, has been slowly “rehabilitated” in “a long overdue reappraisal,” of which Grant’s 1,104 pages is a conspicuous part.

The problem is that the “pernicious stereotypes” about Grant are, as stereotypes can be, closer than not to the truth. Chernow makes a persuasive statistical case that Lee and other Civil War generals of high repute were no less profligate with human life than Grant. But Grant, unlike Lee, had a deep, nearly limitless, reservoir of matériel and cannon fodder—and used it at Shiloh, to indecisive effect, and in the grinding final matches with Lee in Virginia.

For that matter, it may be impolite to characterize Grant as a “drunkard,” especially since his drinking was sporadic and, on the whole, kept under control. But there can be little doubt that drink relieved Grant’s personal demons, whatever they might have been, that alcoholism prematurely ended a promising military career in the mid-1850s, and that it punctuated several wartime episodes.

Grant’s presidency was a successful one, in the sense that he left office very nearly as popular as he had entered the White House and earnestly pursued his four-word campaign slogan: “Let us have peace.” Grant sought to reconcile the ex-Confederate states to the Union—Chernow’s perfunctory account of Lee’s visit to Grant in the White House in 1869 shows a deeper animus toward Lee than Grant ever felt—and he took his responsibilities to the newly emancipated slaves seriously.

But the two instincts were scarcely compatible, and in his two terms, Grant was no more successful at reconciling the white South to black equality than his successors were during the next century. And while Chernow regularly reminds us of the perils of Grant’s “trusting” nature, there is a reason his scandal-ridden administration became, and remains, a watchword for political corruption.

In truth, the rehabilitation of Grant has been an ongoing project among historians for decades. From the 1940s onward, in a series of volumes on the crisis of the Union, the bestselling Columbia historian Allan Nevins made the case for Grant’s military talent and ingenuity and the ways in which he complemented Abraham Lincoln’s statecraft. The popular historian Bruce Catton accelerated the process in the 1950s and ’60s. William S. McFeely’s magisterial 1981 life presumed Grant’s superior strategic skill on the battlefield and described at considerable length his devotion to black citizenship and critical support for the Reconstruction (13th, 14th, and 15th) Amendments. Grant, in the old-fashioned phrase, was a friend of the black man, and recognized as such by critical contemporaries—Frederick Douglass among them—and modern scholarship.

The problem is that Grant’s powers to influence the matter of race in America, to redeem the promise of the Union victory in the Civil War, were always limited—by time, politics, resistance, the evolution of society in the early modern era, and Grant’s own resources.

Moreover, as historic figures go, General Grant was respected but not necessarily loved. While his self-effacing character and charitable instincts were attractive and admirable in themselves, they didn’t serve him very well after he ceased being president. It is noteworthy that his Memoirs end at Appomattox. It is equally noteworthy that, as late as the 1990s, his gargantuan tomb on New York’s Upper West Side had fallen into such neglect and disrepair that it required a neighboring Columbia undergraduate, on his own initiative, to undertake yet another rehabilitation campaign.

Which leads to the central weakness of Chernow’s version: What makes Grant interesting, as a human, military commander, and statesman, is subsumed by an effort to make him appealing to contemporaries. The issue of race pervades Grant—as well it might, but largely as special pleading and, in my view, at the expense of reality.

Grant was raised in an abolitionist Midwest household and married into a slaveholding Southern clan, and the characters involved are sometimes reduced to caricature. Chernow actively dislikes Grant’s father, a Babbitt-like businessman and temperamental contrast to his son. The author especially, dislikes Julia Dent Grant’s family, who not only condescended to their retiring son-in-law but supported secession. Yet Grant’s perspective on his changing circumstances, as well as the political issues of the day, are carefully drawn to cast him in an admirably prescient light.

For example, Grant’s disapproval of the 1846–47 Mexican War, which was waged over Manifest Destiny and the expansion of slavery and in which he fought bravely and well, is drawn entirely from Grant’s views expressed in his Memoirs decades later. No doubt, Grant was sincere in the opinions he espoused in 1885. But the evidence suggests that his attitude evolved after 1847—and most likely, after 1865.

In short, Grant, like his wartime rival Lee, was a man of his times—as attested by his notorious General Order No. 11 (1862), which banned all Jews from areas in the Western theater under his control (parts of Kentucky, Tennessee, and Mississippi). Grant was furious about an energetic black market in cotton, which enriched the Confederacy and which he disingenuously blamed on “Jews and other unprincipled traders.” But reaction to the Order was sufficiently vociferous that Lincoln himself countermanded it almost immediately. The episode is passed over swiftly in Grant.

I cite this not to indict Grant, who in the fullness of time acknowledged his bigoted error, but to emphasize that an idealized depiction of the Union hero of the Civil War and Reconstruction can inadvertently mirror the Lost Cause mythology that Chernow, and most modern historians, deplore.

For indeed, despite his anti-heroic posture, Grant is a fascinating, even endearing, figure. He was a recognizable American type, especially in uniform, and he and we would benefit from an effort to make him not politically palatable but comprehensibly human. His passive-aggressive nature and isolated temperament, his alternating periods of lassitude and industry, his lingering fear of failure, and the migraine instantly relieved by Lee’s surrender, suggest a deeper psychological turmoil and complexity, relieved by alcohol and strict devotion to duty. Chernow fills his pages with anecdotes and detail, but the key to understanding his subject remains elusive.

In a post-Napoleonic age of military posturing, it is easy to see how Grant’s shrewd battlefield insights and purposeful will to get the job done appealed to Lincoln and inspired confidence throughout the North. The stern commander in combat who couldn’t bear cruelty to animals; the sharp, unsentimental judge of men in war easily misled by subordinates in peace; the generous victor at Appomattox; the writer of eloquent prose whose Memoirs were written to spare his family disgrace—Ulysses S. Grant is entitled to rehabilitation, and appreciation as well. 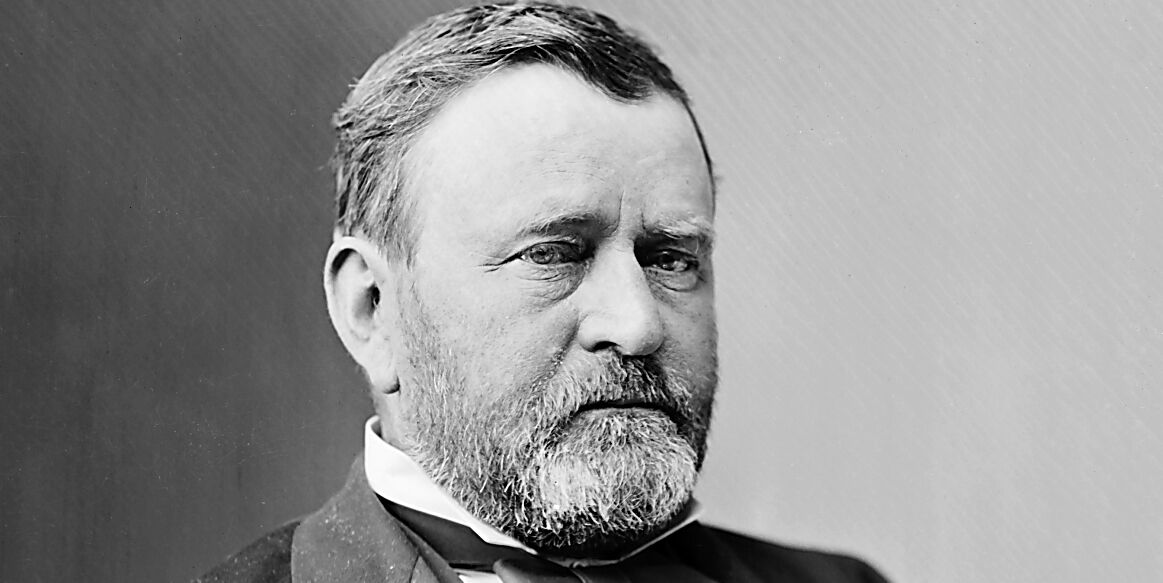