I was casting a television series a few years ago and disagreed with the network executives about a certain actress. They loved her for the lead role, thought she was appealing and attractive, and countered my objections—that she didn’t have any experience doing comedy and didn’t seem funny in the least—by responding, “but we like her over here,” with a tone of voice that went from insistent to menacing.

I gave in, of course. The studio president, with whom I was partnered in the project, called as soon as he heard. “I applaud you,” he said. “That took courage.”

Probably the one thing the decision didn’t require was courage. It was a classic Hollywood chicken move: one part fear, one part greed, and two parts exhaustion. But it moved the project from stalled to fifth gear. We shot the pilot a few weeks later and, as it turns out, we discovered that the reason the actress didn’t have any experience doing comedy was that she didn’t know how to be funny. The pilot was ruined, the network lost interest in the project, and the whole disaster was attributed to a casting mistake made by the showrunner, who was me.

In Hollywood, the word “courage” has a definition so elastic that it includes what is traditionally thought of as cowardice. When I caved in to network casting demands—essentially throwing up my hands and saying “Fine! Have it your way!”—the word “courage” was used as a synonym for “pragmatic.” I kept my mouth shut and went along with it because I wanted the money. The title of my show-business autobiography, when I finally get around to writing it, will be I Did It Their Way.

In Dave Chappelle’s blistering and profane new special, Sticks and Stones—now streaming on Netflix—the comedian makes a series of outrageous and out-there observations about abortion, transsexuals, guns, and the opioid crisis. He admits throughout the monologue that he expects his views to be controversial—he insists, for instance, that Michael Jackson didn’t do what he has been accused of doing—but he seems genuinely unconcerned about the possible blowback to his material. On the contrary, he seems to relish it. Every few minutes he shrugs and winks and suggests that he’s sure to get into trouble for the next thing he’s about to say—and in some cases what he says is sort of nutty—but with a delighted and joyful audience in front of him, it’s tough to believe that he’s feeling any danger.

You never know, of course. These are weird times we’re living in, and it’s possible that Dave Chappelle could say something that would get him into serious hot water. So there’s a certain amount of courage in his appearing in front of a contemporary audience to talk about his recent purchase of a 12-gauge shotgun, or to suggest that the fathers of unwanted children have a moral right to abandon them, or that gay people form the most powerful pressure group in Hollywood. But for a multimillionaire comedian who lives in rural Ohio—where the cost of living the good life is a lot more affordable than it is in Bel Air—it’s not quite a high-wire act.

But critics aren’t irrelevant. The class clown is only really funny when the teacher is in the room. Chappelle’s show is funny and engaging precisely because the audience knows critics will hate it. When the camera pans across the audience, you see happy faces, but you also see people covering their eyes, looking giddily uncomfortable, laughing and looking ashamed of laughing at the same time. It’s a pretty electric feeling, and it’s awfully rare these days. It may have taken critic-flouting courage for Dave Chappelle to get up in front of an audience in 2019 and say that he doesn’t really care about the opioid crisis in America, but it was clearly smart business. Dave Chappelle, even in today’s unpredictable Cancel Culture, is safe and sound at 99 percent.

Quentin Tarantino, the film director who manages to remain, at 56, an enfant terrible, has similar good luck with his latest—and possibly best—movie, Once Upon a Time…in Hollywood. The picture is an elegiac, orange-hued look at Hollywood in the late 1960s, but it’s really the story of two friends—Leonardo DiCaprio playing an aging movie star on the downslope of his career; Brad Pitt playing his protector and bodyguard and former stunt double. There’s a lot of terrific period detail in the movie—cars and neon signs, sun-baked Los Angeles locations, Manson Family hideouts—but what Tarantino gets especially right is the way DiCaprio and Pitt’s characters seem wrong for the time, out of place in a world of hippies and death cults. They play men past their prime, men with characters and attitudes from the 1950s trying to keep up with 1969.

The movie unfolds in Tarantino’s signature lazy-river fashion, ebbing and flowing and meandering through intersecting storylines, but the spine of the picture is the battle between the hipsters of the 1950s, represented by DiCaprio and Pitt, who are loyal to each other and to a chivalric code, and the hippies of the 1960s, represented by the psychopathic violence of Charles Manson. And in Tarantino’s wish-fulfillment movie, the 1950s actually win. The hipsters kick some hippie ass, rewriting history and culture in a way that’s pleasing worldwide crowds to the tune of almost $350 million.

It took a small kind of courage to put that story on film. Tarantino is, at this point in his career, a bankable and reliable member of the Hollywood establishment, but he probably knew his movie was going to upset some of the usual suspects. The New Yorker found it reactionary and racist. Other critics were offended by its negative portrayal of martial-arts legend Bruce Lee and by its insistence that strong (mostly white) men are supposed to protect pretty girls. Audiences, as usual, seem untroubled. Once Upon a Time…in Hollywood is a lot of fun, but it’s also a lot of naughty fun, made even more enjoyable because you know deep down there are some people who, when they see Brad Pitt punch a hippie, instinctively side with the hippie—even a crazy psycho hippie. Everything is more fun when these people are upset.

Courage, even in tiny amounts, is a welcome thing in Hollywood, not to mention everywhere else. Dave Chappelle stomping onstage in a cascade of political incorrectness, Quentin Tarantino making a paean to old-time manly virtues—these may not seem like watershed moments for the culture at large. But they suggest that there’s a hunger in the contemporary entertainment audience—maybe akin to the hunger in the contemporary political audience—for a little nose-thumbing at the critics and bluestockings and the guardians of acceptable content. And it’s inspirational to those of us in Hollywood who tend to follow the rules, stay resolutely in the safety zone, and give in to every studio or network demand.

The next time some powerful executive demands that I go against my deeply felt instincts, I’ll know what to do.

I mean, I’ll cave. Of course I’ll cave. But at least I’ll know what to do. And that takes courage. 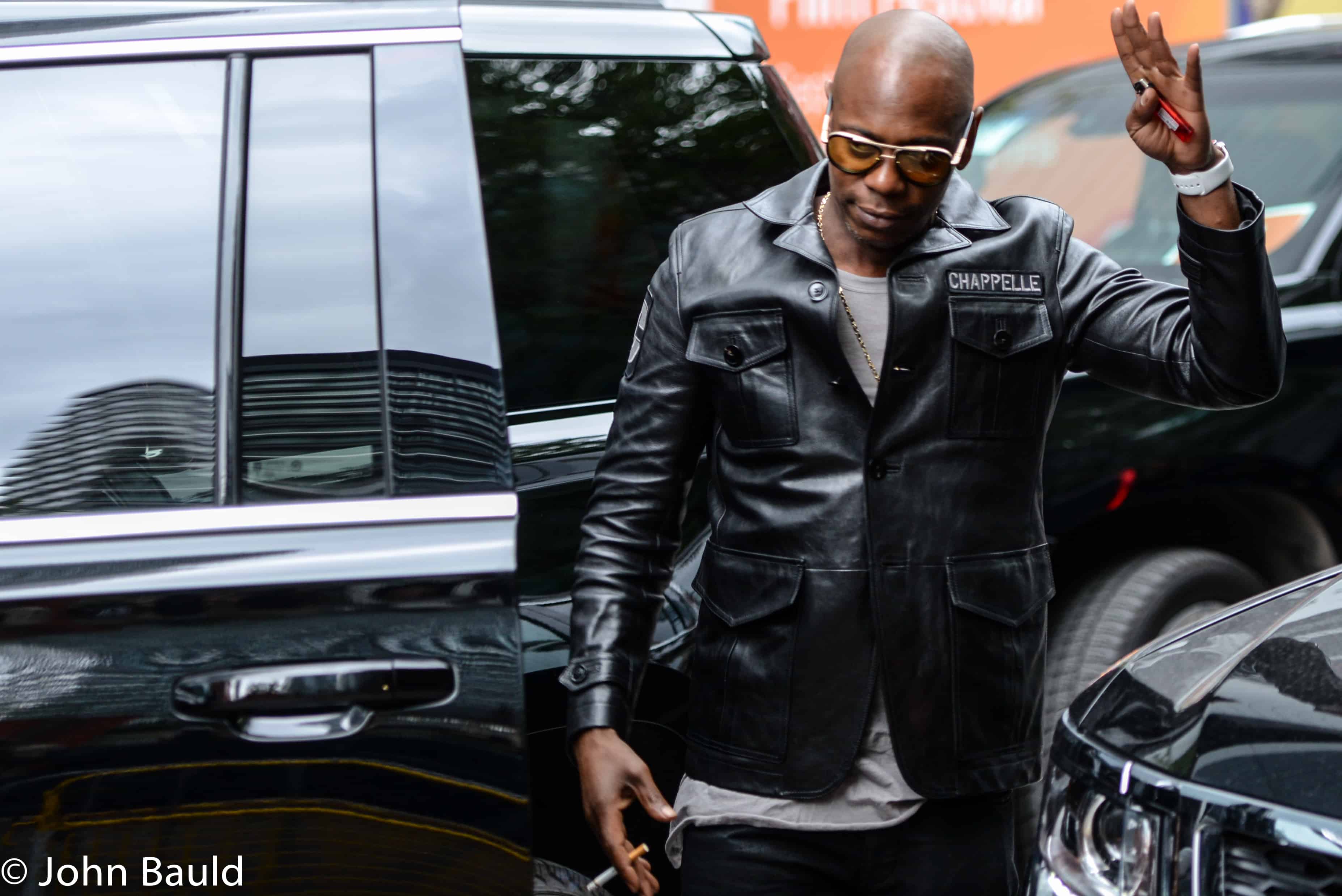