True story: Ten years ago, I had a two-script deal at ABC Studios, the television-production arm of the the Walt Disney Company. A “script deal” is different from a “production deal” mostly in the way you get paid. A production deal pays weekly for the term of the deal. A script deal pays in chunks, as various phases of a script’s development and subsequent drafts are completed.

Studios prefer to sign writers to script deals, for the obvious reason that they don’t have to pay a writer until the writer actually writes something. Writers prefer to sign production deals because every writer wants to get paid for doing as close as possible to zero. So, clearly, it’s a complicated relationship between studio and writer.

By the time the second script of the two-script deal was delivered, Disney had pretty much paid me everything they owed, or so I thought. The chunks had come in roughly the right order—outline, treatment, first draft, second draft, polish—and in as timely a matter as possible for a Hollywood paycheck to make its lazy way from the finance department of a studio to the accounts department of a talent agency to the client-services department of a law firm to the business management representative of an accountant’s office.

But there was a tiny bit missing from the total, when I added up all the chunks. (And yes: I do add them all up.) What was missing from both script payments was the last, tiniest chunk of all—something called the “certificate of authorship” payment, which is a form all writers on all studio deals have to sign that says, essentially, that the studio owns the copyright to the material. The studio will never call you to remind you to come in and sign the papers. They’ll just keep the money instead. You can sign the form only when they send you the form, but they won’t send you the form until you ask for the form. And when you ask for the form, I discovered, they take their sweet time sending it.

It wasn’t a serious amount of money—Disney owed me, by my calculations, around $1,200 for both scripts—but it wasn’t nothin’ either. The fee is calculated (by my paranoid thinking, anyway) to be just large enough that, multiplied over multiple writers and multiple deals, it’s a tidy sum for the studio to keep back, and just small enough to make complaining about it to your agent and lawyer and accountant seem grasping and petty.

It wasn’t the amount, I told myself. It was the principle. A large and prosperous entertainment company was nickel-and-diming me on a deal, and that made me mad.

So when I found myself, a few months after the deal, on a Saturday morning standing in the open, French farmhouse–style kitchen of the house that Robert Iger, the CEO of the Walt Disney Company, shares with his wife, the former television journalist Willow Bay, and their children, I thought to myself, “This is the perfect opportunity for me to get my twelve hundred large.”

Willow Bay was hosting a fundraising event for a nonprofit organization we both supported, so while her husband wasn’t technically required to be present, when he popped into the kitchen in weekend errand-running clothes with a few kids in tow, I took my shot.

Well, I thought about it, anyway. What I did was smile affably and say hello—we had met a few times over the years—and tell him how much we all appreciated his wife’s support for the organization, and then ask him if he needed any help with the big boxes of bottled waters he was lugging in.

This vivid and memorable exchange doesn’t appear in Iger’s wise and readable memoir, The Ride of a Lifetime, but the spirit of it runs throughout the pages. Time and time again, Iger is beset by petty and small-minded folks, and in each instance he triumphs with a mixture of disarming friendliness and low-key behavior. Iger’s story runs from his childhood in Long Island to his years as a rising television executive, ending up with his appointment as CEO (and later, chairman) of the Walt Disney Company. Each step of the way, there’s a complicated and erratic figure in his life that he must grapple with, manage, and ultimately rise above.

His father, a frustrated musician and failing advertising executive, suffered from depression and mood swings. His early mentor, Roone Arledge, the brilliant impresario of ABC’s Wide World of Sports, was a relentless perfectionist who terrorized his underlings and set them against one another. His longtime boss at Disney, Michael Eisner, was paranoid and unpredictable, telling the Disney board that Iger was “unpromotable” and sneering behind his back that he was a “TV weatherman,” a reference to a short-term job Iger had just out of college.

All of which prepared Iger for dealing with and mastering the towering egos of George Lucas and Steve Jobs, with whom Iger negotiated complicated and emotional deals, and integrating the creative teams at Marvel and Pixar into the Disney corporate family. Iger details these maneuvers with grace and a surprising amount of compassion and reports them to his readers without a trace of triumphant fist-pumping. It’s a strange kind of CEO memoir. We’re halfway through before the reader realizes that there really aren’t any villains in the piece, just emotionally unstable and often abusive bosses that Iger quietly bests.

The first part is essentially an account of “How I got the top job at Disney,” and it’s a useful primer for any young-and-comer executive to read and digest. By watching Eisner’s stubborn refusal to name a successor to lead the company, Iger learns to tame his emotions and sideline his ego, to focus on outcomes, and thereby avoid the psychological torment Eisner dished out. From his front-row seat watching Michael Ovitz—the founder of powerhouse talent agency Creative Artists Agency, brought in by Eisner to be his lieutenant in the mid-’90s—struggle and fail in his role as a corporate executive, Iger learns to be disciplined about big decisions: “If I’m feeling some doubts, why? Am I doing this for sound reasons or am I motivated by something personal?”

These days, being “motivated by something personal” is usually considered a good thing. You’ve got to have a “vision,” people say. Make decisions based on “passion” and “commitment,” is what a lot of business books will tell you. Iger’s best decisions as Disney’s chief executive—to buy Pixar animation studios and add Steve Jobs to the Disney board; to add Lucasfilm and Marvel to the Disney collection of brands and stories—make up the second half of the memoir, and what they reveal is a man comfortable with other people’s egos and passions. When companies acquire other businesses, he writes, “they think they’re getting physical assets, or manufacturing assets or intellectual property…in most cases, what they’re really acquiring is people. In a creative business, that’s where the value truly lies.”

Managing creative people—which is a nice way of saying “managing unstable nut jobs”—is the chief skill required of the chief executive of an entertainment company, and yet Iger is really alone among his peers. His reputation for fairness and for credit-sharing has made him both popular and highly respected, which is a tough exacta to achieve in Hollywood. When he took the top job at Disney, he methodically went about adding more egos and passions and complications to the roster.

The trick to being a successful lion tamer, according to carnival folk, is to let the lions be the stars. Let them roar and bare their fangs and pose—let them be lions, in other words—and let them get the applause. Because if you turn your back on them to take a bow, that’s when you become an unsuccessful lion tamer.

Robert Iger is corporate America’s smartest and most successful lion tamer. He’s also the most decent. Which makes me regret not asking him, when he and I were in his kitchen, for my money. If my understanding of the timeline is correct, he was right in the middle of his $7 billion acquisition of Pixar, and he might have been feeling generous. 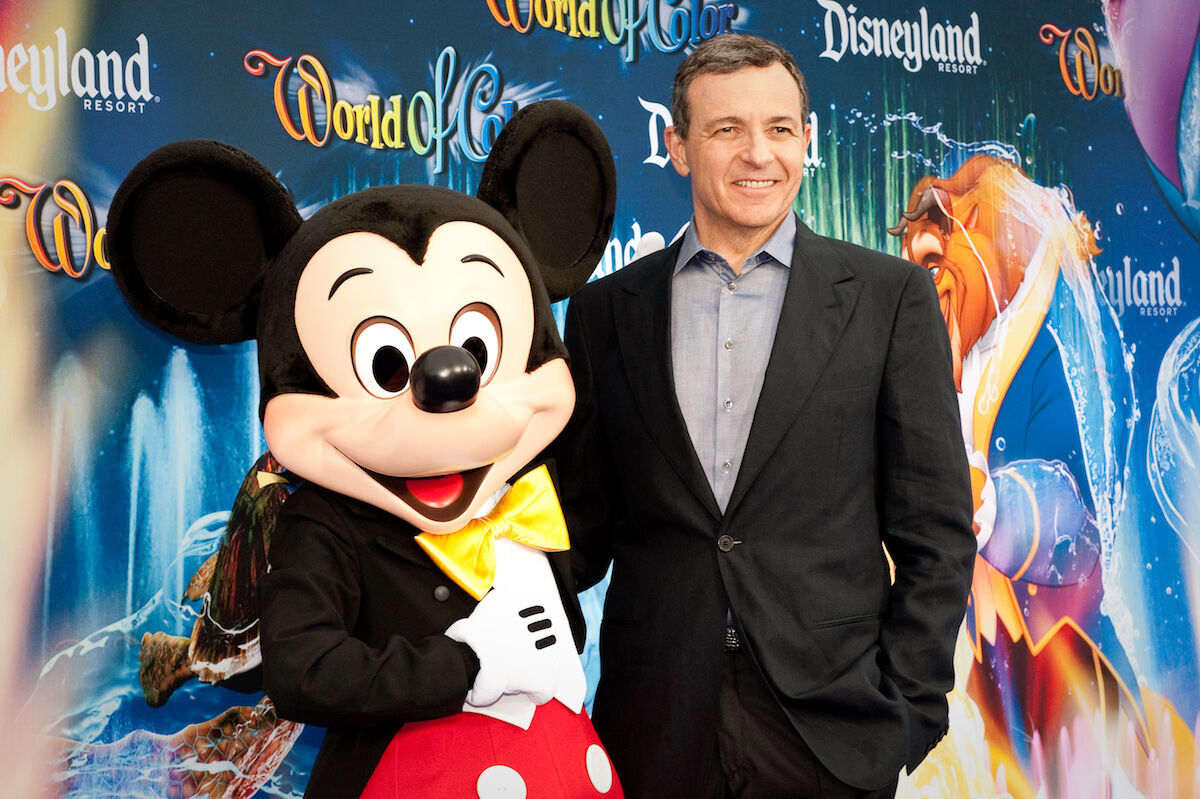