If one were searching for a comprehensive study of American Judaism in the 21st century, complete with all of its contradictions and complexities, one would need look no further than Jack Wertheimer’s new volume—the winner of the 2018 National Jewish Book Award for American Jewish Studies. The New American Judaism is an examination of the religious lives of American Jews in their religious communities, based largely on personal interviews conducted with 160 rabbis across the denominations.

Wertheimer explores the Jewish beliefs and practices of the Jewish rank and file and demonstrates how and why the religious culture of non-Orthodox Jews is weakening and confined to liminal or “peak” moments. He also reveals the existence of a burgeoning level of creative, spiritual innovation among synagogues of all types. By the end, it is apparent that while Wertheimer appreciates the efforts behind such innovations, he believes that many are insufficient and at times misdirected.

Wertheimer begins by exploring a range of religious patterns, beliefs, and practices common on the spectrum of contemporary Jews. He then goes into detail on “the eclipse of Jewish denominations,” describing how Reform and Conservative Judaism both have become “leaky vessels.” He is struck by how few rabbis other than Chabad affiliates “expressed particular pride in their movement’s national leadership.”

For Wertheimer, Judaism is about the particulars of Jewish tradition that need to be practiced with consistency and intentionality on a daily basis. Although he does not dismiss the need for innovation to keep religious tradition relevant, he takes issue with the approach of the “Golden Rule Jews,” representing the bulk of non-Orthodox Jews, for whom the “core religious imperative” is being good to one’s fellow human beings. For Wertheimer, versions of Judaism based primarily on generalized, universalist principles are no substitute for the countercultural worldview and particular rituals characteristic of traditional Judaism.

Wertheimer’s honesty about the failings of Conservative Judaism in particular is refreshing, given his decades as a professor at the denomination’s central institution, the Jewish Theological Seminary. He also expresses dismay with decisions in both the Reform and Conservative movements compromising the quality and quantity of Jewish education. He discusses some of the ways in which these two movements have been growing closer in recent years, a phenomenon likely to continue given the rate of intermarriage among non-Orthodox Jews in general. The book would have benefited from a deeper dive into the question of whether there is a future for the Conservative and Reform movements as separate denominational and institutional entities.

The book’s final section about how Jewish religious life is being reinvented highlights three primary sites for renewal: intensely experimental start-ups, conventional synagogues, and the Orthodox outreach known as kiruv. Wertheimer accurately captures how kiruv workers instruct their non-Orthodox constituents regarding Jewish observance. He observes: “Teachers try to avoid being heavy-handed, but they do not shrink from speaking explicitly about God’s will.” This certainty about what God wants from Jews on the part of kiruv workers and their unequivocal directives about what Judaism requires distinguishes them from the clergy of the more liberal denominations. His discussion invites contemplation of whether there is a lesson here for non-Orthodox clergy.

Wertheimer also documents the impact kiruv has made on Jewish life in America, and he demonstrates its remarkable fluidity. He notes that while only a minority of Jews become Orthodox as a result of kiruv effort, he finds kiruv workers themselves will often define success as strengthening Jewish activity in Reform, Conservative, and even federation circles, as well as a willingness to marry Jewish and raise “a Jewish family of any kind.”

Wertheimer frames Jewish religious practices and trends within the parameters of the issues facing religion as a whole in the United States, which clarifies that what is happening within American Judaism is not unique. His reliance on extensive rabbinic interviews adds to the richness and accessibility of The New American Judaism. Given Wertheimer’s stature as a senior educator in the field, he was able to tap into a pool of authorities that might have been difficult for other scholars to access. One problem with this approach is that it might not shed sufficient light on the lived experience of significant portions of Jews who are either unaffiliated or affiliated but more guarded with their rabbis. To his credit, Wertheimer acknowledges this point at the outset.

Vital, necessary, and enjoyable to read, The New American Judaism is a significant contribution to the literature about this ever-altering community. 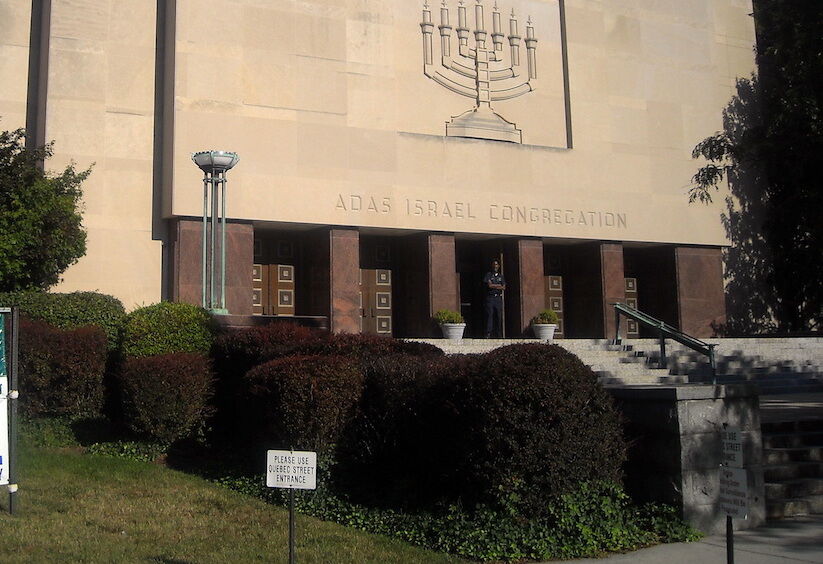