The Crisis of Zionism
By Peter Beinart
Times Books,
276 pages

At the heart of The Crisis of Zionism, the new book by Peter Beinart, is a simple morality play. On one side there is the tradition of “liberal Zionism” in which Beinart was nurtured. That tradition, in his account, runs from Beinart’s hero, Stephen Wise, America’s leading reform rabbi in the Depression era and leader of the Zionist cause, through Israel’s socialist founders up to…Barack Obama. On the other side is the revisionist Zionism of Vladimir Jabotinsky now represented by Israel’s prime minister, Benjamin Netanyahu, and backed by a craven Jewish establishment here in America. What’s at stake in this epic struggle, Beinart would have us believe, is nothing less than the future of Israel’s democracy.

The novelist Toni Morrison dubbed Bill Clinton the “first black president.” Beinart, claiming the unique ability to read Barack Obama’s mind, dubs the current occupant of the White House “the Jewish president,” an idealistic liberal Zionist who began his term hoping to secure Israel’s future in a peaceful Middle East only to find himself blocked by a powerful political coalition consisting of the pro-Israel lobby and Netanyahu’s right-wing allies in Congress. Beinart imagines Stephen Wise showing up at a meeting in the Oval Office with the president and representatives of today’s Jewish establishment. Wise “would find only one person who espoused the liberal Zionism that he championed in his own time,” Beinart says. “And it would be the black man with the Muslim name: Barack Hussein Obama.”

In Beinart’s telling, Obama’s remarkable conversion to Zionism occurred during the 1990s when the future president was “embedded in the Jewish world” of Chicago’s Hyde Park neighborhood and came under the influence of Rabbi Arnold Wolf and other progressive Jews. It was these supposed “liberal Zionists” who guided Obama towards a “specific, and subversive, vision of American Jewish identity and of the Jewish state,” Beinart writes. No matter that during these same years Obama also cultivated friendships with notorious haters of Israel, such as Reverend Jeremiah Wright, the former Weather Underground terrorists Bill Ayers and Bernardine Dohrn, and University of Chicago professor and one-time PLO official Rashid Khalidi. Without offering evidence based on anything President Obama has actually said or written, Beinart just knows for sure that the influence of Obama’s Jewish neighbors was decisive in turning him into a liberal Zionist.

Beinart’s magical mind-reading talents are vividly on display in his chapter on Benjamin Netanyahu as well. Netanyahu’s blinkered, oppressive policies toward the Palestinians and his rejection of Obama’s good will are due to the malign influence of his 102-year-old father, Benzion Netanyahu. The elder Netanyahu’s brutal anti-Arab ideology was shaped in the 1930s by his political mentor, Vladimir Jabotinsky, the leader of the Zionist revisionist movement. According to Beinart, Jabotinsky and his followers admired the militarism of European neofascist movements, and this “fascist” affinity was then channeled through Benzion to his loyal son. And that explains why “Netanyahu doesn’t trust Barack Obama, and probably never will,” writes Beinart. “The reason is simple: Obama reminds Netanyahu of what Netanyahu doesn’t like about Jews.”

Beinart says he decided to write The Crisis of Zionism primarily to convince young American Jews to challenge the American Israeli Public Affairs Committee (AIPAC) and the Jewish establishment and rally behind Barack Obama. That way, the American president can continue pressuring Israel’s government to end the occupation of the West Bank and Gaza. (Israel pulled out of Gaza in 2005, but Beinart still sees the territory as essentially under occupation.) In a recent e-mail blast, Beinart announced he would release The Crisis of Zionism at this year’s conference of J Street, the self-styled “pro-Israel, pro-peace” alternative to AIPAC. Beinart said that his book “offers an agenda for what American Jews—especially young American Jews—must do if we don’t want to be the generation that watches the dream of a democratic Jewish state die,” and he asked recipients of the e-mail to join him at the J Street meeting to get involved in “the struggle of our lives.” That makes for a timely confluence of interests, since, as Beinart notes in his book, J Street was created to “act as Barack Obama’s ‘blocking back’ in Congress as he tried to relaunch the peace process.”

Thus, Beinart explicitly acknowledges the fact that his book is nothing more than a bald political tract designed to advance President Obama’s agenda on the Middle East conflict, notwithstanding a scholarly facade. The acknowledgments list the names of 24 young researchers who assisted Beinart (why so few?) and helped produce the book’s 74 pages of footnotes (about 800 total)—all in support of fewer than 200 pages of actual text. Still, all the footnotes in the world can’t disguise the fact that Beinart willfully ignores just about any testimony or source that might undermine his uncomplicated narrative of good liberal Zionism versus bad reactionary Zionism.

That elision is evident in Beinart’s assessment of Stephen Wise, whom Beinart vaunts as the model of what a Jewish leader in America should stand for: belief in the prophetic social-justice traditions of Judaism, a commitment to a sane, peaceful Zionism, and a healthy respect for dissenting opinions. And he contrasts Wise’s democratic instincts with today’s Jewish leaders who not only march in lockstep with the primitive Netanyahu, but also use their power to suppress dissent within the Jewish community about Israel’s oppressive policies towards the Palestinians. (Perhaps you’ve noticed how little-discussed the Palestinian issue is.)

Certainly Wise was an admirable Jewish leader in the 1930s, when he courageously spoke out against racism and anti-Semitism and fought to pry open America’s doors for European Jews fleeing Hitler. But the supreme test for American Zionism would come after the U.S. government officially acknowledged in November 1942 that Hitler was implementing a plan to exterminate European Jewry and that two million Jews had already been murdered. There is no Zionism worthy of its name without the priority of rescuing Jews in mortal danger and distress. Wise failed this test, although you wouldn’t know anything about it from Beinart’s book.

Starting with David S. Wyman’s breakthrough 1984 study, The Abandonment of the Jews, a scholarly consensus has formed on the Roosevelt administration’s morally inadequate response to the Holocaust. President Roosevelt adamantly opposed special efforts by the Allies to aid Jews threatened with annihilation. The Roosevelt administration also worked to head off public agitation by Americans (Jews or gentiles) for any special efforts for the European Jews. Wise was a leader of a dozen Jewish or Zionist organizations at the time. Contrary to Beinart, there was nothing very democratic about how he ran those groups, which is why he was often called the “King of the Jews.”

Still, he might have risen to the occasion and used his position to press the administration to change its position on rescue. But the Zionist leader was encumbered by his close personal relationship with the president (his letters to Roosevelt usually bore the oleaginous salutation “Dear Boss”). Despite Roosevelt’s public expressions of friendship for Jews, the United States and the Allies remained bystanders to the mass murder of the Jews in Europe.

One group in America, the Emergency Committee to Save the Jewish People of Europe, took up the challenge and mounted a public lobbying campaign to pressure the administration to change its policy on rescue. The new organization was led by a small cadre of young Jews who had originally come to the United States from Palestine to work with Vladimir Jabotinsky. (The revisionist leader died in New York in 1940.) Also known as the Bergson Group, after its leader, Peter Bergson, it was successful in pushing the administration to finally create the War Refugee Board, which did manage to save thousands of Jews, mainly in Hungary in the last months of the war. But that was no thanks to Rabbi Wise. Instead of working together with Bergson to put maximum pressure on the administration to change its policy, Wise turned on the dissidents, trying to undermine their organization and block their influence.

There is not a word about this unsavory chapter in American Jewish history in Beinart’s book, only unrestrained praise for Wise’s democratic Zionism. Even more astonishing, Beinart doesn’t mention A New Voice for Israel, the book written last year by J Street’s president, Jeremy Ben-Ami. As it happens, Ben-Ami’s father, Yitzhak, was a leading figure in the Bergson Group, and Jeremy is not as impressed by the value of Rabbi Wise’s “liberal Zionism” to the Jews of Europe in the 1940s as Beinart is. Wise and the Jewish establishment, Ben-Ami writes, “barred the door to American support for the work [by the Bergson Group] that could have saved thousands or more, with a smear campaign driven by a political agenda blind to the larger interests at stake.” Apparently Beinart’s army of researchers couldn’t find Ben-Ami’s book (as they couldn’t find Wyman’s), and it goes unmentioned in the text and footnotes of The Crisis of Zionism.

What is wrong with Beinart’s book is contained within its title, The Crisis of Zionism. Zionism itself is not in crisis. The liberal Zionism Beinart espouses is, because Beinart and others like him have decided to condition their belief in a Jewish national homeland on its pursuit of policies that make them feel good. They prefer an Israel of social-democratic fantasy—an Israel that need not take account of the behavior of its Palestinian interlocutors, that need not take account of the safety and security of its own population, and an Israel that need not take account of the views and wishes of its own electorate—to the real thing. In locating the ideal form of Zionism in the perspective of Stephen Wise, who died less than a year after the founding of the Jewish state, Beinart wishes to return Israel to its uncomplicated days of glory, circa 1949. 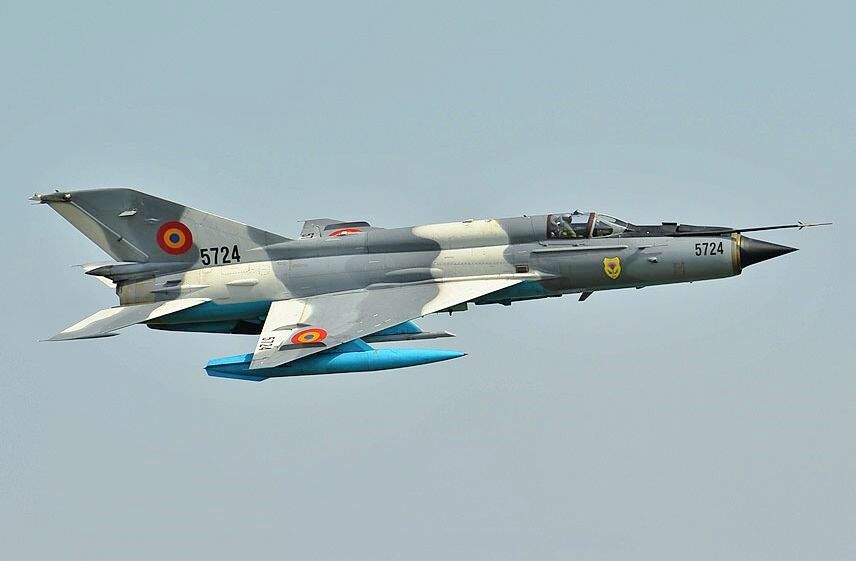