ann Wenner, the founder of Rolling Stone and the subject of Joe Hagan’s exhaustive biography Sticky Fingers, describes himself as “the first child of the baby boom.” The description fits more than just chronologically. He’s an idealist who never really cared about anything other than his own comfort; a liberal whose principles never risked obscuring his pursuit of profit; a fan of vaguely transgressive popular art whose tastes calcified and came to define the mainstream; a media maverick-turned-mogul who had no idea that the next generation’s technology would destroy his business model.

By the mid-1970s, when Rolling Stone was arguably at the height of its cultural power, Wenner was even considering a run for office, to be governor of California—the magazine was then located in San Francisco—or maybe a senator. He was still too young to run for president. But he knew what he wanted. “Wenner had never been, exactly, a revolutionary,” Hagan writes. “He wanted to overthrow the establishment by becoming the establishment.” And Wenner was well on his way to becoming just that: “From 1971 to 1977, Jann Wenner was the most important magazine editor in America, shepherding the generational plotlines of the 1960s into a rambling biweekly serial of rock-and-roll news, hard and outrageous (and impossibly long) journalism, left-wing political opinion, sexual liberation, and drugs—always drugs.”

For the head of a revolutionary front, Wenner was awfully prosaic. The child of a successful but unfamous Southern California businessman, Wenner attended the posh Chadwick School and rubbed elbows with the children of stars; he “claimed [Liza] Minnelli was his first girlfriend at Chadwick and that they held hands for a week,” and he bragged about staying at Dean Martin’s house. Wenner’s striving and insecurity won him plenty of enemies at school, with one teacher calling him “Nox,” short for “Obnoxious.” It’s a label with which many of his detractors—John Lennon, whom Wenner would betray by publishing as a book a lengthy interview the ex-Beatle had given to the magazine; Alex Wenner, his adopted son, whose “weight issues seemed to enrage Jann”—would likely agree.

But Nox had a nose for the zeitgeist even if he didn’t initially have a stomach for the revolution. After downplaying the assassination of Martin Luther King Jr. and attacking the Yippies while telling readers to avoid the Democratic National Convention in 1968, Wenner would publish an incendiary essay on the trial of the Chicago Seven. In 1970, Rolling Stone dedicated an entire issue to the killing of students at Kent State and Jackson State. The cover of that issue would feature Annie Leibovitz’s first photos for the magazine, a two-page poem by Allen Ginsberg (“120 lines of tear-gas-smoking rage”), and interviews with students who encountered a drunken Nixon engaged in an impromptu 4 a.m. listening tour of protesters camped out at D.C.’s monuments. The triumph may actually have belonged to the staff—the editors and writers who put the issue together all adamantly deny that Wenner, who was in New York at the time, had anything to do with it, while Wenner himself “insists that he not only participated in the issue … but had actually conceived it” (emphasis in original). But whoever deserved the credit, the magazine’s stature grew.

Rolling Stone would hit its zenith as a journalistic enterprise over the following decade, when Tom Wolfe would put together his initial take on the space race, and the gonzo stylings of Hunter S. Thompson unspooled for thousands of words at a whack. A drug addict with a gun fetish and an unrivaled hatred of Richard Nixon, Thompson’s jaundiced attempts to capture The American Dream and life during an election—“Fear and Loathing in Las Vegas” and “Fear and Loathing on the Campaign Trail ’72,” respectively—remain among the most enduring works of journalism from the decade. “Had Thompson never come along, Rolling Stone might have survived as a rock-and-roll trade paper, but instead it was about to become the most adventurous and ambitious newspaper-cum-magazine of the 1970s,” Hagan writes.

It’s not clear that Rolling Stone would have lasted as a tastemaker without the intellectual veneer provided by Wolfe and Thompson or the reportage on the counterculture and the political scene in Washington. Wenner earned praise for hiring writers such as Jon Landau and Greil Marcus to wax poetic about the bands beloved by Baby Boomers, but Sticky Fingers reveals a publisher often more worried about maintaining friendly relationships with the record companies that took out ads than a maverick looking to make a mark in the world of letters.

By the mid-’80s, Rolling Stone had ditched San Fran for NYC—hiring the future Democratic fixer Tony Podesta to “coordinate the move, including finding apartments for the handful of staffers Wenner would move to the city.” Wenner was tooling around the world in a privately owned Gulfstream. Wenner’s favored acts had morphed from “rock” to “classic rock,” and the kids were all taking their cues now from underground mags touting punk and MTV, the home of MJ and Madonna. Wenner was happy to cavort with and put on the cover his beloved, wizened rockers—his Jaggers and Springsteens and Dylans—even as upstarts like Spin were covering more interesting topics, such as AIDS, and breaking out newer bands, such as U2. “Rolling Stone was the establishment standard-bearer whose power came from a Rolodex of 1960s luminaries, a proven brand name on Madison Avenue, and an audited circulation of one million readers for whom the name Rolling Stone rang out like a power chord of emotional associations: rebellion, celebrity, celebrity rebellion,” Hagan writes. Of course, Rolling Stone would coopt some of these acts, including the skeptical U2; lead singer Bono went from complaining about the magazine’s faded aesthetic and Wenner’s oily style to glad-handing with auto execs at the magnate’s behest in order to help “lock in fifty ad pages.”

And what did Wenner establish with all this power? Rolling Stone was undoubtedly a success, pulling in some $30 million a year in profit at one point. But as Rolling Stone’s journalistic reputation has collapsed in recent years—irresponsible reportage by Robert F. Kennedy Jr. linking autism and vaccines; the botched investigation of a fabricated rape case at UVA; a puff piece on murderous drug dealer El Chapo, who was given final cut on the essay—and its standing as a tastemaker waned, all that remained was Wenner’s veneration of fame. His greatest business achievement was far tawdrier even than Rolling Stone. It was US Weekly, a People clone that raked in $90 million in profit a year at its height. US was an outlet Wenner found somewhat embarrassing when he wasn’t counting the money it directed into his bank account. The mogul’s vampiric embrace of celebrity culture and his empty pursuit of endless rivers of cash would reach their apotheosis in US Weekly—and in the White House.

“Rolling Stone helped define what authenticity meant, and well after it became decoupled from the 1960s idealisms that birthed it,” Hagan writes. “That Wenner is the same age as President Donald J. Trump, whose ascent to power was built on celebrity, is, perhaps, no coincidence. Indeed, Wenner’s oldest friends saw in Trump’s personality, if not his politics, a striking likeness to the Rolling Stone founder—deeply narcissistic men for whom celebrity is the ultimate confirmation of existence.” Wenner, Trump: logical endpoints of the Boomer experience, both. 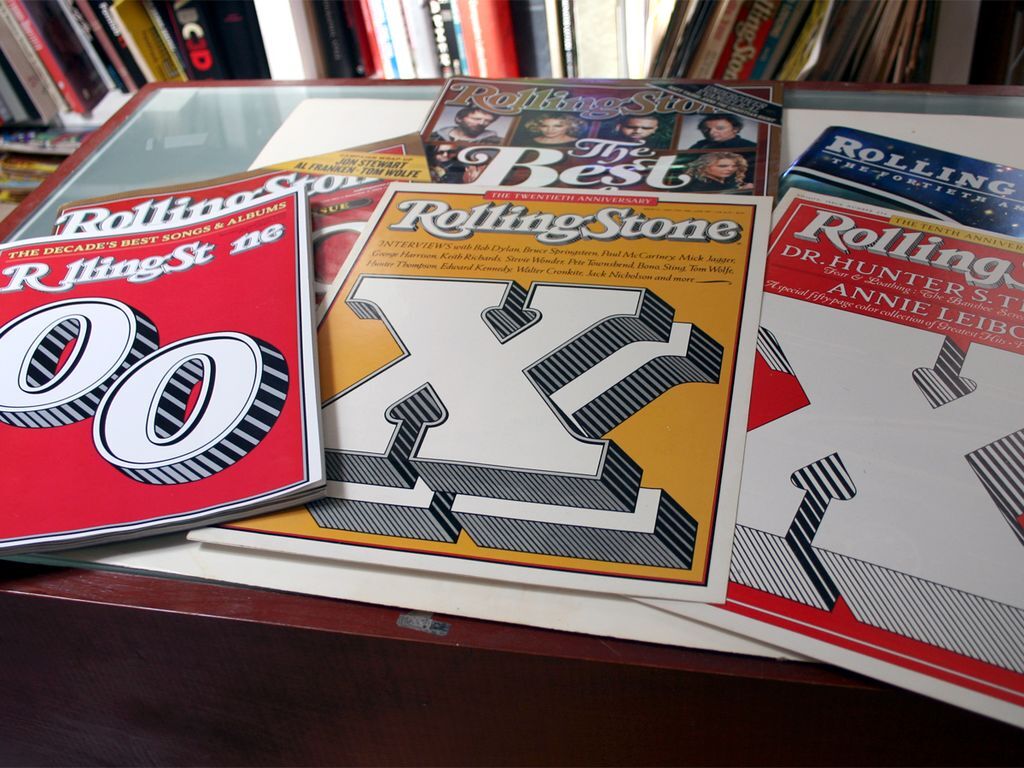 Sonny Bunch is executive editor of the Washington Free Beacon. 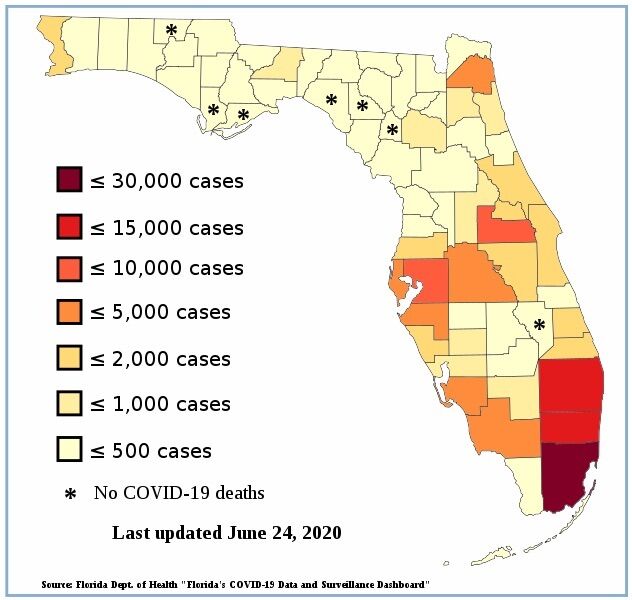