On January 15, 1974, the Otero family was confronted by a stranger in their Wichita, Kansas, home. The armed intruder forced Joseph, Julie, and their two children into a bedroom, where he tied them up, placed plastic bags over their heads, and strangled them. Eleven-year-old Josephine was taken to the basement and hanged from a pipe. It was the first strike by a serial killer who would go on to end six more lives and evade the authorities for three decades. He became known by the sign-off on his taunting letters to police: BTK—bind, torture, kill.

BTK, later identified as church-going father-of-two Dennis Rader, is the unacknowledged star of Mindhunter, the Netflix period policier currently streaming its second season after the first garnered near-universal critical acclaim. BTK has finally broken into the main plot, after season one’s moody vignettes of a then unidentified killer scoping out victims, and is now on the radar of special agents Holden Ford (Jonathan Groff) and Bill Tench (Holt McCallany). They are the two key officials of the Behavioral Science Unit (BSU) at the FBI training academy in Quantico, Virginia.

The unit and its basement-dwelling investigators are fictionalized versions of a real-life department set up in the 1970s to study serial and sexual homicide, as documented in Mindhunter: Inside the FBI’s Elite Serial Crime Unit, a vivid write-up of the BSU’s activities by one of its pioneer agents, John Douglas. Ford is a somewhat generous sketch of the media-friendly Douglas, while Tench approximates his more circumspect colleague Robert Ressler, the late criminal profiler who popularized the term “serial killer.”

Ford and Tench tour the nation’s penitentiaries interviewing icons of American sadism: Edmund Kemper, David Berkowitz, Charles Manson, and Richard Speck. Like Douglas and Ressler, they initially encounter resistance from their superiors, but, also like their inspirations, their expertise eventually finds favor among bureaucrats at a loss to explain the sudden detonation of a violent and manic culture. If the Sixties was the trip, the Seventies was the fall, and Mindhunter is fixed on this hinge moment and the spiraling deviancy that marked the eclipse of the Summer of Love and the dawning of an age of chaos.

Season two deals in the main with Wayne Williams, an African-American Atlanta-based would-be music impresario convicted of two adult homicides in the early 1980s but suspected of involvement in the deaths of a series of missing black boys. However, we return repeatedly to Rader, now several murders in, in an indication of where the BSU will turn its attention in an expected third season.

Mindhunter is another mash note in our love affair with serial killers—but the penmanship is so fine that the series has been greeted by gushing notices. The encomia are not unearned. It is executive produced by David Fincher, director of classy-macabre thrillers Se7en and Zodiac, and skulks in the gloaming of human depravity with crawling camerawork and a wispy, disorienting score of simple keys and strings. Groff pulls off a socially maladjusted square with methodic cool, while McCallany’s husky everyman provides an entry point for viewers, his weary, nicotine-stained face creased by a career spent seeking out the grotesque and finding it.

In the end, though, and there’s really no comely way of saying this, Mindhunter is a show for fans of serial killers. It does not sensationalize the crimes discussed (though they are often described in unsparing detail); rather, the writers are playing an intellectual game with an audience that is, at once, like Ford, fascinated by these dazzling monsters, and, like Tench, repelled by what they see. A few years ago, a show like this would have been dubbed “postmodern.” For it is palpably knowing about its target demographic and feels ever on the brink of breaking the fourth wall to address them directly. Instead Mindhunter panders to their familiarity with aberrant homicide—accrued from an infinity of true-crime books and cable forensics shows—and their compulsion for a safe, thrilling glimpse at evil.

The cellblock interviews with household-name assassins are teased out, and when they arrive, they are invariably the set-piece scene of their episode. The monster of the week is mimicked with uncanny precision (Cameron Britton’s Ed Kemper could chill blood three states away), and, after some verbal sparring with our FBI leads, each killer breaks and spills his motivating pathologies across the interrogation table. There is a bleak pornography to this structure: After slowly mounting tension over an episode, the psychopaths get their release and so do we (quite literally, in a season-one scene involving Oregonian murderer Jerry Brudos and a pair of high heels).

The BTK vignettes take this coy dalliance further, serving as morbid Easter eggs that those familiar with Rader’s crimes will instantly recognize—from his original credit as “ADT Serviceman” to sight of his notorious “hit kit.” On one level, the intended effect is to give the viewer a buzz, not unlike the reward sensation triggered by spotting clues in a work of detective fiction. In another sense, however, what is at work is what Hans-Georg Gadamer called “the joy of recognition”—that is, “the joy of knowing more than is already familiar,” in this case an ego-flattering signal that the informed viewer is piecing his pre-existing knowledge into a larger puzzle that he alone can see, god-like, on the couch.

We are invited to savor the dramatic irony of a serial-killer alarm salesman and the breeziness with which a female customer discusses home security with him, except Rader really did install alarms for ADT and Kansan women really did invite him into their homes, many frightened into doing so by media reports of his latest outrage. Mindhunter is not callous but it may be too clever to realize when it is being cruel.

Stranger-killings account for a fraction of homicides in the United States, but their media representations far exceed that proportion. The gaudy murder-in-Middle-America docudramas that clog up late-night cable are regularly dismissed as trash, but they are at least honest trash. Mindhunter’s minimalist aesthetics shield it from censure like this, a reminder that it’s only ever exploitation when the cultural elite don’t like how you’ve gone about your exploiting. Critics reviled the stalk-and-stab flicks that bloodied up multiplex screens in the 1980s, inveighing against their prurient fixation on teenage bodies ripped apart by psychopathic loners at summer camps. Yet, a few years later, the same critics were waxing adjectival about the Oscar-winning Silence of the Lambs, a yuppie slasher with a bigger budget and better acting but nonetheless working the same seamy line in the grim sensational.

Grand Guignol, penny dreadfuls, comic books, and splatter movies all inspired such prudish thoughts as these, but Mindhunter feels different. Even as the culture turns censorious once more, those doing the censoring are in thrall to a drama that, when all the style and atmosphere are stripped away, is just another show about men killing women. Only, real men and real women. One need not be a censor to wonder whether it wouldn’t be better to erase these men from the public sphere rather than turn them into TV stars. BTK has been the subject of several television movies and documentaries, as well as inspiring novels by Thomas Harris and Stephen King and season arcs in Showtime’s Dexter and BBC’s The Fall. Did he really need another outing? 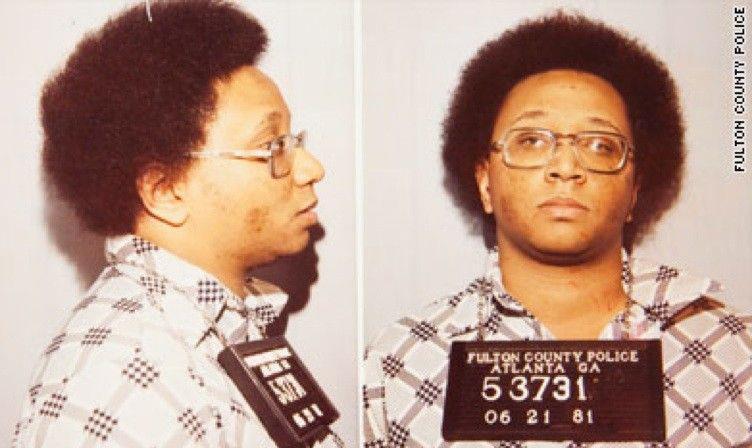