In his new book, The Theology of Liberalism, Harvard’s Eric Nelson effortlessly combines early Christian theology, modern political philosophy, historical scholarship, literature, and economic theory to present a cogent but unorthodox critique of one of the great foes of liberal democratic capitalism: the philosopher John Rawls (1921–2002). Rawls’s case for redis­tributionist policies rests on the notion of an assumed “lottery of souls,” undergirding his 1972 work, A Theory of Jus­tice. The “lottery of souls” posits that an individual’s station in life is the product of luck and that social or economic inequality is therefore presumptively unjust.

Nelson’s argument is that this assumption is riddled with inconsistencies nearly “rising to the level of incoherence,” and that Rawls’s argument is rooted not in common sense but rather in a metaphysical understanding of the universe Rawls does not honestly acknowledge.

Nelson argues that our liberal democratic tradition is based on the assumption that man is to be held accountable for his own actions and rewarded for good deeds. But if man cannot truly “earn” anything on his own, then each person’s station in life is a mere accident, lacking any connection to morality or justice. This is Rawls’s argument. He says justice must compel us toward a doctrine of greater equality, demanding redistribution in accordance with the “difference principle”—according to which inequality of any kind is permissible only to the extent that it might benefit the least well-off.

The Theology of Liberalism is designed to refute Rawls’s contention that our station in life is morally arbitrary, undeserved, and unaffected by individual merit or agency. To do so, Nelson goes back to the beginning. He argues that Rawlsians have unwittingly repurposed for modern ends ancient Christian disputes about whether people can warrant God’s favor by their deeds.

The position that man can independently deduce what is just and claim that he deserves his own reward is “Pelegianism”—an early Christian heresy that rejects the doctrine of original sin and posits that man can freely choose morality or immorality on his own. Since man’s good deeds are of his own making, Pelegianism asserts, his deeds can serve as evidence that he deserves salvation. The alternative is anti-Pelagianism, which Nelson identifies as the precursor to the Rawlsian principle of moral arbitrariness.

What does a recondite ancient theological debate have to do with ongoing political disputes? Consider the natural-law liberalism of Martin Luther King Jr., who defended disobedience of man-made law because “an unjust law is a code that is out of harmony with the moral law.” King argued in his “Letter from a Birmingham Jail” that segregation was merely an act of a legislature that failed to “[square] with…the law of God.” It was King’s argument that segregation violated human equality—an indelible feature of the Bible’s higher law—and therefore could not be just.

Our understanding of the just society depends on what we believe constitutes this higher law. That in turn is itself deeply informed by whether we view mankind as preternaturally damned or capable of freely chosen virtue. If humans can ascertain and freely choose what is virtuous, we can be rewarded accordingly, meriting unequal rewards that might otherwise seem unjust. But if our virtuous or productive behavior is not really to our credit, then inequalities of many sorts are presumptively unjust.

Political liberalism, the Pelagian analogue, claims that man must be free to exercise his liberty in order to pursue justice. Such thinking distinguishes liberalism, which eschews coercion in favor of the freedom to do wrong, from theocracy or monarchy. Only in such a system may individuals justly be rewarded for doing right.

Rawlsian anti-Pelagians claim that successful humans are pre-programmed with intelligence, ambition, and other inborn characteristics that direct them to be socially or economically productive. It is therefore unjust when individuals are rewarded with property in accordance with their deeds, since such rewards simply reflect this programming.

If this theory of “programming” seems absurd, its account of human nature might be at fault. Moral-arbitrariness theory presumes a disembodied spirit of a future person participating in this lottery before being assigned its place on Earth. Do not confuse this account for biological or social determinism. It is, in fact, pre-biological. For, to maintain the claim that perfect arbitrariness explains every individual’s station, it must reject those things that are not arbitrary—by which I mean the conscious and subconscious choices of a person’s forebears that brought them into being. Such as: whom a person chooses to marry; where a person chooses or is forced by circumstance to live; what religion (if any) one’s ancestors choose to practice. All are formative, fundamental, and, yes, unchosen by future generations—but they are not arbitrary. Yet moral-arbitrariness theory ignores choices made in the past and considers every birth as the beginning of the world anew.

The Rawlsian anti-Pelagian account, in short, treats a human being’s experience as beginning somewhere beyond this world. A spirit, endowed by some force of nature with thoughts, traits, and personality, is somehow both determined by its programming and distinct from the body in which it is subsequently placed, which is formed at least in part by the choices of its forebears.

Nelson’s book exposes the logical contradiction here: Rawls and his disciples are effectively countering traditional accounts of human freedom with a spiritualist account of human unfreedom.

This account implies that any person we now know could have been programmed in a number of different ways. But those wouldn’t be different versions of the same person—those would be different people entirely (especially if our programming is highly deterministic). We would therefore be hard-pressed, to say the least, to create a fundamentally more equal version of the society we have—which is supposedly a reflection of the programming of its individuals—without creating a society of entirely different people.

These claims have political ramifications, Nelson reminds us. Note the theory of “privilege”—another word for a set of supposedly unearned advantages—that undergirds so much current progressive thinking. Progressives believe that history, in concert with oppressive cultural norms that are not objectively valuable, confers advantages on certain groups and individuals. These need to be recognized and ultimately “leveled off,” in Nelson’s term. In this progressive account, nothing an individual achieves is really deserved, because so much beyond an individual’s control happened to facilitate it and likely at the expense of other equally morally worthy individuals, no less.

Privilege theory is not precisely the same as pure Rawlsian redistributionism, but it relies on a similar account of every individual’s participation in a kind of genetic lottery. Choices made by past generations mean that every individual’s station in life today is unearned, whether that station is positive or negative. Therefore, redistribution—or “economic justice”—is a moral necessity.

Nelson lays bare more than just the weakness of progressive redistributionism. He also shows how its anti-liberal underpinnings actually invited the contemporary secular form of the old specter of Jew-hatred. Preceding Rawls in anti-merit analysis was Karl Marx, whose call for the abolition both of Jews and capitalism hinged on an argument against merit itself. Marx’s criticism of liberalism’s tendency to estrange individuals from each other was for Marx, in Nelson’s words, “a manifestation of its essential ‘Jewishness.’”

Marx saw the link between Jews and liberal capitalism in the prevalence of “bargaining,” which Marx calls “the worldly cult of the Jew” and identifies as political and economic liberalism’s alienating mechanism. “The liberal contractarian tradition,” writes Nelson, was to Marx “merely the application of this Jewish ‘bargain’ mentality to the relationship between citizens,” under which claims are leveled and justice adjudicated. Such bargaining is not just dehumanizing but absurd, in the anti-Pelagian view, and would be eradicated “in a higher phase of communist society,” in Marx’s words.

The dogma of Marxist economics, “from each according to his ability, to each according to his needs,” is not just an alternative to capitalism. It is fundamentally distinct from the liberal view that one may deserve unequal reward proportional to unequal production, an idea that Marx calls “the narrow horizon of bourgeois right.” Marx detested the Jewish view that “we can fulfill our side of the bargain [with God] and thereby merit our reward.”

These anti-Jewish currents in Marxism flow neatly into Rawls’s anti-Pelagianism, a theological bent on display in his Princeton undergraduate thesis, written in 1942 before Rawls became disillusioned with God and Christianity. The thesis confirms to Nelson the connection between Rawls’s theological and political anti-Pelagianism, displaying Rawls’s rejection of merit and liberal politics well before he published his landmark A Theory of Justice in 1972.

“The bargain scheme of redemption,” wrote Rawls of the notion that man can make claims on God’s justice, “manifests itself in the barrier of legalism in religion [Judaism] and in contract theories in politics.” Legalism, to the young Rawls, is the Judaized form of Pelagianism. It encourages man to accumulate merit through freely chosen adherence to the law and performance of commandments, and to present it to God as evidence of his desert.

This view of justice was rejected by the apostle Paul and deemed worthy of abolition by Marx, and it speaks to the corruption of Judaism, according to Rawls: “The best efforts in Judaism were so corrupted—not the worst, but the best,” Rawls wrote, for Judaism is mired in delusion about merit and God’s justice. Marxist and Rawlsian redistributionism, we must conclude, opposes not just the Jews but Judaism, rejecting the nature of man and God that the Hebrew Bible offers. Nelson’s sobering, rigorous, and difficult analysis reveals that Jews have every reason to find the logic of redistributionism troubling at its core, because at its core, it is a rejection of Judaism itself. 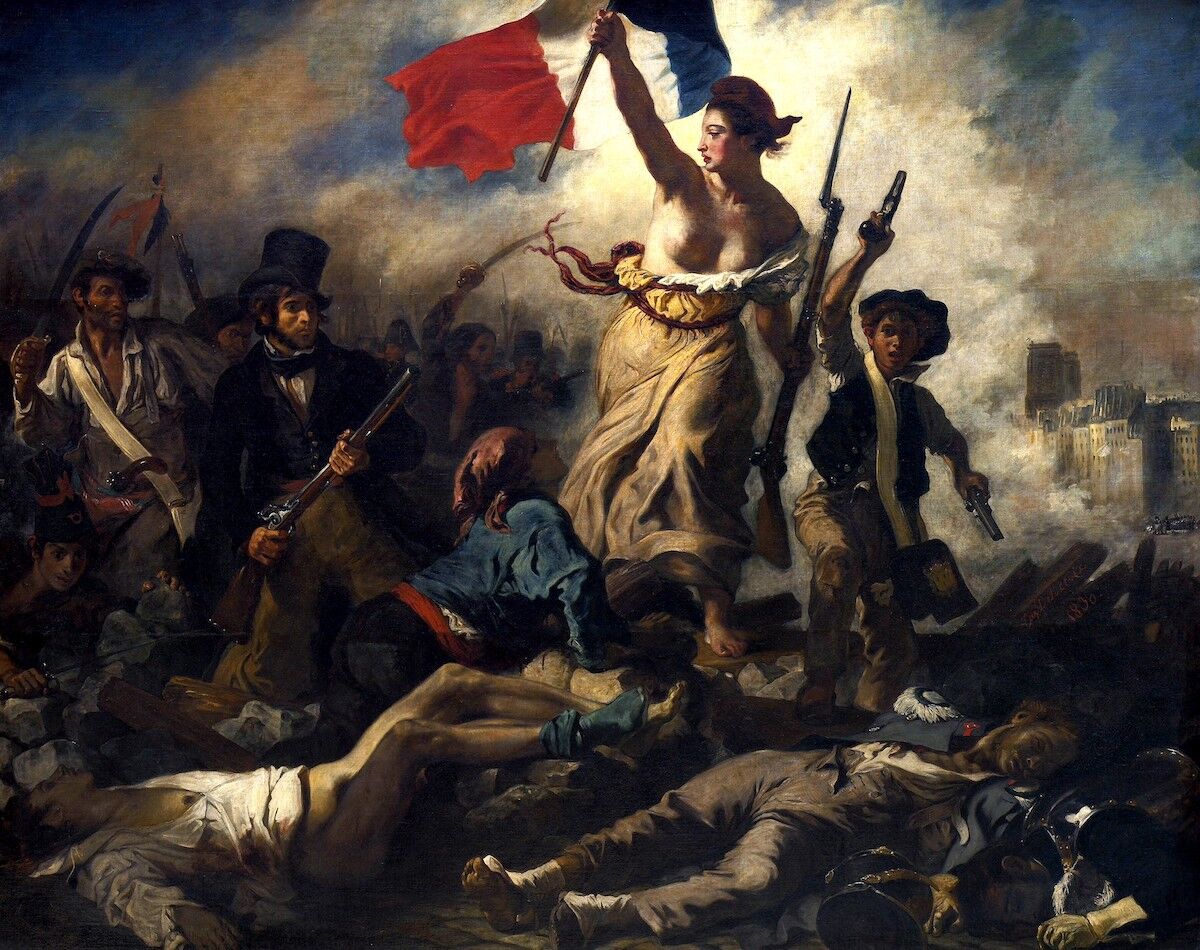