It’s said that two things about war are insufficiently appreciated by those who, like me, have not known it first-hand: 1) It is, when not terrifying, mostly dull, and 2) it is, like all human enterprises, subject to the operation of the law of unintended consequences. Few aspects of World War II better illustrate both of these points than the Armed Services Editions publishing project. Between 1943 and 1947, the U.S. Army and Navy distributed some 123 million newly printed paperback copies of 1,322 different books to American servicemen around the world. These volumes, which were given out for free, were specifically intended to entertain the soldiers and sailors to whom they were distributed, and by all accounts they did so spectacularly well. But they also transformed America’s literary culture in ways that their wartime publishers only partly foresaw—some of which continue to be felt, albeit in an attenuated fashion, to this day.

Molly Guptill Manning tells the story of the ASEs in the informative if lightweight When Books Went to War: The Stories That Helped Us Win World War II. All who read it will be awed by the industry of the men and women who published the books, most of whom donated their services for free. (The authors and publishers of the reprints split a one-cent royalty on every paperback copy.)

Starting from scratch, these civilians quickly managed to get large numbers of books into the hands of large numbers of grateful servicemen. Without their efforts, America’s soldiers and sailors would have found their wartime service to be even more cruelly burdensome than it was—and America’s authors and publishers would have faced a very different set of problems when the war ended and those servicemen returned home.

Long before Pearl Harbor, American military leaders understood that maintaining the morale of their civilian troops was not a luxury but an iron necessity, and that by far the easiest way of doing so was to ensure that they had plenty of books and magazines to read in their off hours. In the words of Bill Mauldin, whose wartime cartoons so memorably portrayed the everyday life of the American G.I., “Soldiers at the front read K-ration labels when the contents are listed on the package, just to be reading something.”

Because the Army Library Service had fallen into what Manning calls “a state of neglect” between the wars, it launched a national drive called the Victory Book Campaign, which by mid-1942 had collected 10 million donated books. But many of these unwanted books were of no more interest to servicemen than to their original owners, and it was increasingly evident that getting books into the hands of overseas troops would very soon become far more important—as well as logistically challenging, given the size and weight of hardbacks.

The solution was to distribute paperbacks, which had been introduced to the United States by Pocket Books in 1939. At a time when most hardbacks cost two dollars or more—$33 in today’s dollars—Pocket Books printed 38 million 25-cent paperbacks in 1943 alone. Its success persuaded other publishers that it would make commercial sense to work with the military on a program to print books for soldiers, the assumption being that to do so would create a new market for inexpensive paperback reprints after the war. Thinking along closely similar lines, Time, the New Yorker, and other magazines created miniaturized “pony editions” for servicemen.

Thus, the Armed Services Editions, which were published by a civilian organization called the Council on Books in Wartime—compact, oblong, two-column-wide paperbacks that were designed to slip easily into the pockets of a uniform. They were sold to the military for six cents per volume. Since books were regarded by the U.S. government as “weapons in the war of ideas,” the military specified that nothing would be published that might “give aid and comfort to the enemy, or which may be detrimental to our own war effort,” or that was not in accord with “the spirit of American democracy.” Still, it was the Council on Books in Wartime, not the military, that chose the titles, and while a few of the longer ones were abridged, none were censored.

The first ASEs were shipped in September of 1943. About 155,000 crates of books were subsequently distributed each month. Each crate contained between 30 and 50 new titles that fell into one of the following categories:

As this list suggests, the ASEs were intended to please a broadly popular audience. But even the bestsellers tended to be more elevated in tone than their present-day counterparts (Somerset Maugham was represented by five novels, John P. Marquand by six). And it was taken for granted that each crate of books would always contain two or three genuinely challenging titles. The first series of ASEs, for instance, included Joseph Conrad’s Lord Jim, Herman Melville’s Typee, and H.L. Mencken’s Heathen Days. Such books were “sold” to skeptical readers with enticing flap copy, as in the case of the ASE edition of The Great Gatsby: “Its pages are filled with masterly realism, melodramatic action, searing irony, and swift romance…Here is a story that is American to the core.”

In any case, it scarcely mattered what the Council on Books in Wartime printed, for all of the ASEs were hugely popular among servicemen, so much so that they were frequently torn into pieces so that they could be shared more easily. A.J. Liebling, who covered the war in Europe for the New Yorker, even saw them on the beaches of Normandy after D-Day. “These little books are a great thing,” a Brooklyn infantryman told him. “They take you away.”

To be sure, some books were more popular than others. In Thomas Heggen’s Mister Roberts, published in 1946, we learn that the hapless Ensign Pulver treasured his tattered copy of Erskine Caldwell’s God’s Little Acre: “He had read [it] 12 times, and there were certain passages he could recite flawlessly.” What interested Pulver were the book’s sex scenes, a taste that he shared with most of his fellow servicemen. According to one study of ASE readership, “The principal favorites are novels that deal frankly with sexual relations (regardless of tone, literary merit, and point of view, no matter whether the book is serious or humorous, romantically exciting or drably pedestrian).”

But sex was not the only draw for servicemen. Betty Smith, whose nostalgic novel A Tree Grows in Brooklyn was reprinted in 1943 and again in 1944, received thousands of letters from soldiers and sailors who assured her that reading it was (in the words of one correspondent) as satisfying as getting “a good letter from home.” Irving Stone, whose Lust for Life, a historical novel based on the life of Vincent Van Gogh, was published as an ASE in 1944, was told by many readers that thanks to him, they “read a book straight through for the first time in their lives.” And there was no shortage of readers who responded as hungrily to the more demanding titles: Liebling’s infantryman, for instance, was reading Candide.

The story of the ASEs is told efficiently enough in When Books Went to War. But Manning is a lawyer, not a literary scholar, and she appears to have little or no awareness of their cultural context, thus making it impossible for her to interpret the project’s larger significance other than superficially. It is revealing, for instance, that the word “middlebrow” appears nowhere in When Books Went to War. Yet the most casual perusal of the list of books reprinted by the Council on Books in Wartime reveals that it reflected in every way the democratic assumptions of the middlebrow culture that dominated America throughout much of the 20th century. The vast popularity of the ASEs testifies to the strength of those assumptions.

At the heart of middlebrow culture was the belief that high art was accessible to anyone who was willing to put in the effort to understand it, and that reading “serious” bestsellers such as Lust for Life or Marquand’s The Late George Apley could serve as preparation for more ambitious ventures into great literature. For those servicemen who were already in the habit of reading for pleasure, the stateside counterpart of the ASEs was the Book-of-the-Month Club (which is mentioned only in passing in When Books Went to War). Both enterprises were essentially aspirational in their goals, both drew on the same wide-ranging pool of books, and both were broadly successful in elevating the literary tastes of those readers who made good use of them.

Witness, for instance, the testimony of a G.I. who wrote to Helen MacInnes, the author of the espionage novel While Still We Live, long after the war. According to MacInnes: “He had read little until [the ASE edition] got him enjoying literature. From there, he read constantly, and after his service went to college. He ended with a Ph.D. and sent me a copy. It was dedicated to me, the writer of the novel that started his reading.”

While anecdotes of this kind must always be handled with care, there are many other indications of the far-reaching influence of the ASEs on postwar American culture. One of them is that F. Scott Fitzgerald’s The Great Gatsby, which was out of print and all but forgotten when it was reprinted in 1945 in an edition of 155,000, came to be universally acknowledged as a modern American classic shortly after the war, a development that many Fitzgerald scholars believe arose from its having been read so widely by servicemen. No less suggestive was the experience of the New Yorker, whose wartime “pony edition” jumped in circulation from 20,000 in 1943 to 150,000 in 1944. The magazine’s domestic circulation, which had been 171,000 in 1941, reached 325,000 a decade later, a leap that the editors attributed to the fact that so many servicemen had read it for the first time in the pony edition. Most important of all, commercial mass-market paperback reprints—not just of mysteries but of every possible kind of book, lowbrow and highbrow alike—became ubiquitous after 1945, undoubtedly because of the popularity of the ASEs among returning servicemen.

In 1945, Bruce Bliven proclaimed in the New Republic that the ASEs were “teaching literally millions of Americans to read books, many of them good books, who never read anything but newspapers, and in them chiefly the comic strips.” So they did, and their influence outlived middlebrow culture itself. But now that our lost culture of aspiration is fast giving way to a pure pop culture that aspires to nothing more than mere entertainment, we appear to be losing the hard-won cultural literacy without which the classics must ultimately become unintelligible. Still, nothing lasts forever, and even as we continue to take pride in the generation that saved us from Hitler, so should we remember the program that showed so many of its members how to read for pleasure—and profit. 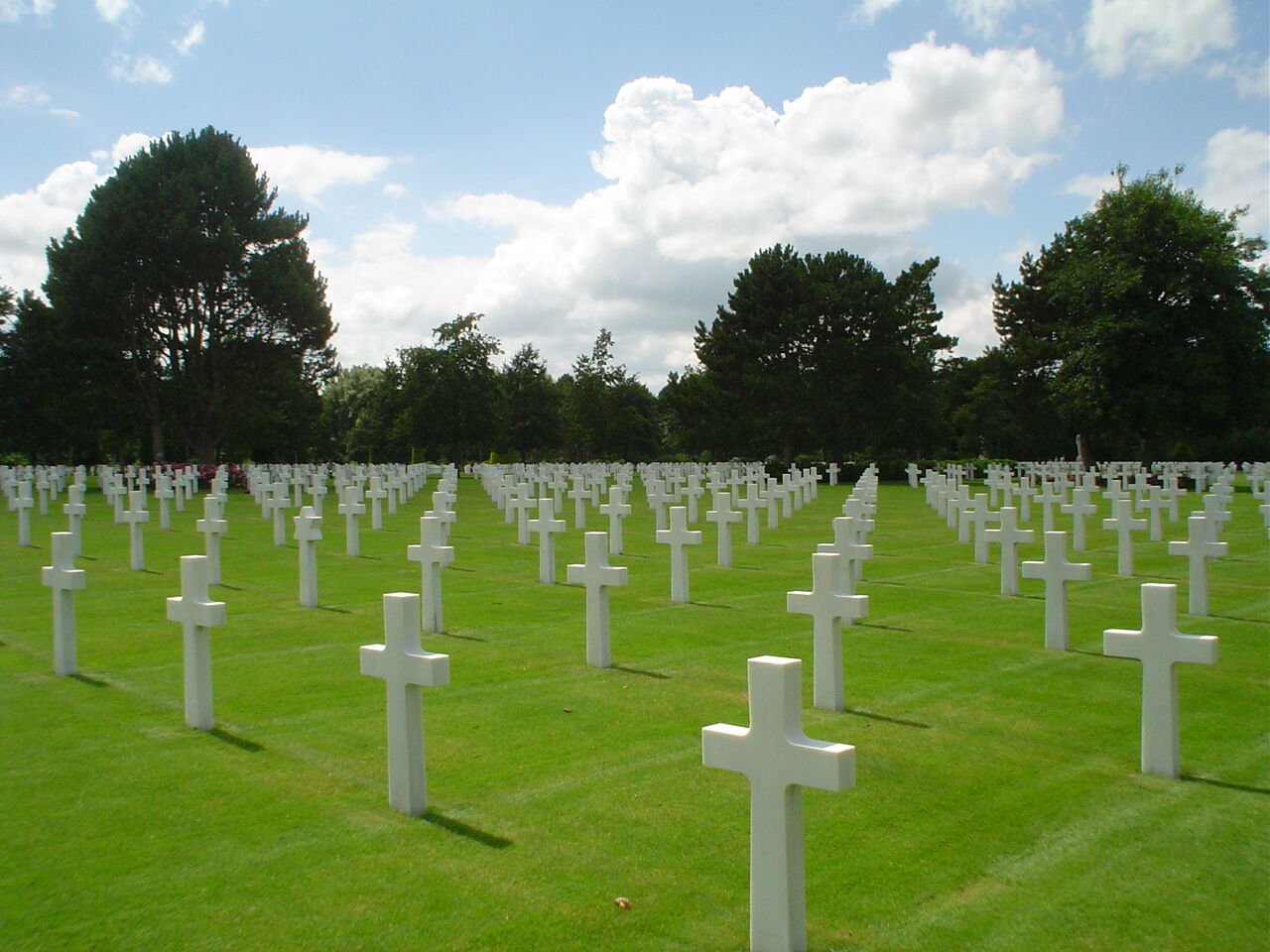 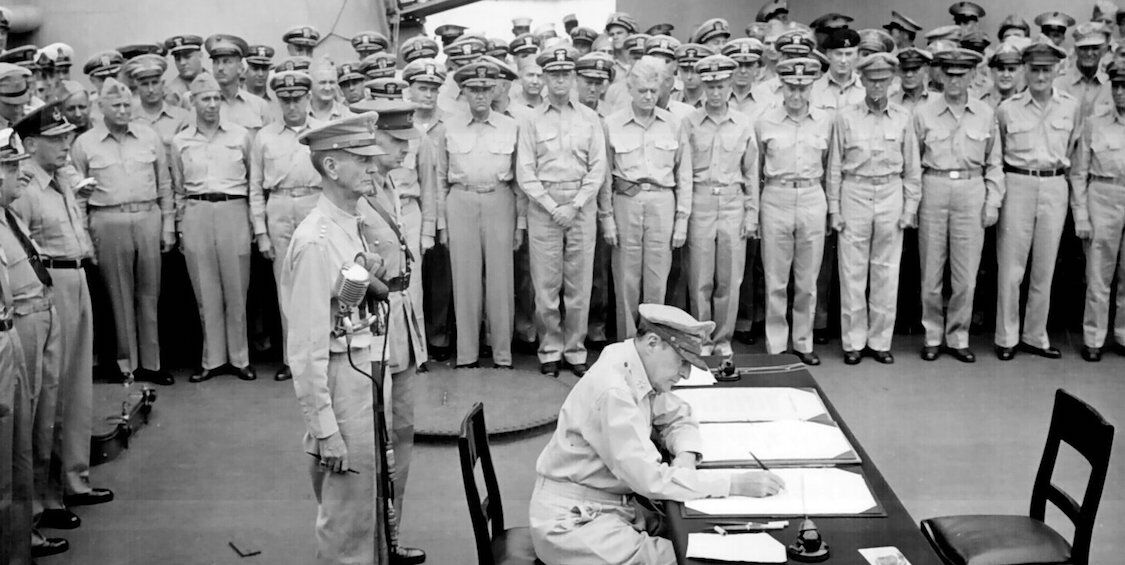