In 1947, at the end of the first of the countless concerts that they gave together during their 43-year association, Leonard Bernstein leaned over to Isaac Stern as the audience cheered and whispered, “Isn’t it wonderful to be young and famous?” Both men were indeed famous in 1947 and grew more so during the ’50s and ’60s, for similar reasons. They were, to begin with, the first world-class classical musicians to have been trained solely in the United States, a fact of which the American press took proud note. In addition, they were extroverted and outgoing—naturals for television, and their TV appearances brought them to the attention of ordinary Americans who knew little about classical music. Finally, they both devoted vast amounts of time and energy to a variety of public causes, most notably the state of Israel, which they supported fervently, speaking unapologetically of their shared Jewish heritage (unlike, say, Fritz Kreisler or Bruno Walter, who converted to Catholicism and thereafter steered clear of the subject of their Jewishness).

Even more than Bernstein, Stern came over time to be regarded as an unofficial ambassador of American classical music, not merely in Europe, where he started performing after World War II, but throughout the U.S. itself, where his guest shots on The Jack Benny Program and Perry Como’s Kraft Music Hall revealed that he had a genial, unpretentious personality far removed from the icy old-world hauteur of Jascha Heifetz. By poking gentle fun at himself and his profession, Stern painlessly introduced millions of TV viewers to the rarefied art of classical violin, in the process making himself the best-known American classical instrumentalist of his generation.

Yet today, a century after his birth, Stern is no longer nearly so well remembered as Bernstein, whose posthumous celebrity remains undiminished. By contrast, Stern is essentially unknown to Americans under the age of 60, very few of whom listen to classical music. Moreover, he is increasingly known to older music lovers less for his playing than for his ancillary activities, among them his coaching and encouragement of such protégés as Itzhak Perlman, Pinchas Zukerman and Yo-Yo Ma; his groundbreaking 1979 visit to Communist China, where he played with Chinese musicians who had had no contact with their Western counterparts since the Cultural Revolution; and, above all, the pivotal role that he played in saving Carnegie Hall from the wrecker’s ball in 1960.

But he was also a violinist of the first rank, no mere crowd-pleaser but a musician of incontestably high seriousness. Moreover, he recorded nearly all of his working repertoire for Columbia, the label to which he was under exclusive contract from 1946 until his death in 2001. These recordings have since been transferred to CD and are available on YouTube, making it possible to hear why discerning critics once regarded him as (in the words of Virgil Thomson) “one of the world’s master fiddle-players.” Why, then, is he now remembered—insofar as he is remembered at all—for other things?

One would normally look to a biographer to answer this question, but there is no primary-source biography of Stern. His own My First 79 Years (1999), ghostwritten by Chaim Potok, is a chatty, superficial memoir that sheds little light on the nature of his popularity. As for The Lives of Isaac Stern, David Schoenbaum’s newly published centenary tribute to the violinist, it is a fawning piece of hagiography that tiptoes around everything potentially unflattering about its subject and has nothing of value to say about his artistry.1 It is necessary to dig more deeply to see why posterity has failed to look with favor on Isaac Stern.

Stern was born in 1920 in Kremenets, a Polish town that is now part of Ukraine, and was 14 months old when his parents emigrated to America, settling in San Francisco. He started playing violin at the age of eight, a bit late for a virtuoso-to-be. But the boy took to the instrument at once, studying with Naoum Blinder, the concertmaster of the San Francisco Symphony. Pierre Monteux, the great French conductor who became the orchestra’s music director in 1936, soon spread the word about Blinder’s star pupil.

After an abortive New York debut that received mixed reviews, Stern went back to San Francisco for further study. By the time he returned in 1939 to play an imposing program that included Bach’s Chaconne and the Brahms D Minor Sonata, the critics acclaimed him to a man, with Irving Kolodin praising him as a player of “uncommon technical solidity and musical distinction.”

When the impresario Sol Hurok, whose other clients included Marian Anderson, Arthur Rubinstein, and Andres Segovia, became his manager in 1943, the violinist’s professional success was assured. Stern’s timing was fortuitous, for the coming of war to Europe had cut off America’s concert halls from their traditional source of musical supply, thus giving him the opportunity to play high-profile dates all over the country. When, after the war, he started performing in Europe, the success of his concerts there helped to prove that America’s classical-music culture was now comparable in quality to that of the Old World.2

At the same time, Stern was one of the first classical musicians of stature who was willing to play ball with the pop-culture industry, dubbing John Garfield’s “playing” in Humoresque, a 1946 Joan Crawford melodrama about a promising young concert violinist who has an affair with his older patroness. His regular-guy demeanor also turned out to be ideally suited to the small screen, as can be seen (on YouTube) in a 1961 special called Carnegie Hall Salutes Jack Benny, in which the two men perform the first movement of Bach’s Two-Violin Concerto with Eugene Ormandy and the Philadelphia Orchestra. Stern serves as Benny’s long-suffering second violinist and comic foil, with Benny bringing down the house by looking at the audience after Stern tosses off an especially flashy passage and saying, “Can you tell the difference?” It is a joy to watch Stern trying with only limited success to keep a straight face at Benny’s feigned ineptitude.

Nevertheless, Stern drew a bright line between his TV appearances and his art. His recital programs were notable for their seriousness, and he was one of a vanishingly small number of popular soloists who regularly played and recorded 20th-century music. In addition to more familiar works, his 200-odd recordings include sonatas, concertos, and smaller pieces by such modern composers as Bloch, Copland, Enescu, Prokofiev, Stravinsky, and Webern, all of which he played with passionate conviction.

No less striking was his equally passionate commitment to the public performance of chamber music. From 1961 to 1984, Stern gave concerts with the cellist Leonard Rose and the pianist Eugene Istomin, an association terminated only by Rose’s death, and the Stern-Rose-Istomin Trio recorded most of its repertoire, including the trios of Beethoven, Brahms, Mendelssohn, and Schubert. He was also a charter member of the lineup of artists who took part in Pablo Casals’s postwar festivals in Prades, Perpignan, and Puerto Rico, making ensemble recordings with Casals and his illustrious colleagues that remain in print to this day.

The playing heard on these records is notable above all for its consistency. Well into the ’70s, Stern had a big, robust sound, at once sweet and focused, and his technique was more than adequate to encompass the toughest pieces in his repertoire. His was a thoroughly “centric” approach to musical interpretation, virile and direct, and his playing of such staples as the concertos of Beethoven, Brahms, Mendelssohn, and Tchaikovsky leaves no doubt of why he was so admired.

Still, some of Stern’s critics—and a few of his colleagues—questioned how his playing measured up to that of the legendary likes of Heifetz and Kreisler.

He himself recounted with apparent amusement in My First 79 Years a remark made by the conductor George Szell, a notoriously straight-talking perfectionist: “Szell once told me that if I hadn’t spent so much time doing other things and had just practiced more, I could have been the greatest violinist in the world.” Even more to the point was what Virgil Thomson wrote in his review of Stern’s 1944 Carnegie Hall debut, the same one in which he called him a “master fiddle-player,” adding that Stern’s “musicianship…is marked by an astonishing purity of taste; his interpretations are quite without sentimental gimcrackery.” High praise indeed—but what Thomson then went on to say was devastating:

His ability to build a wide and towering structure out of the most handsome auditory materials is no less a proof of genius for all the care and all the intellection that are involved. The trouble is that nobody seems to live in his houses. Their structure and their style are perfect, but they lack human warmth. Neither the executant of the music nor its designer seems to have any personal involvement in it.

To listen to Stern’s recordings in bulk is to see exactly what Thomson meant. Fabulously well-played and intelligently interpreted as they are, there is an ultimately enervating sameness to their sound, lacking as they are in the bold touches of idiosyncrasy that are the basis of a truly personal style. Heifetz’s “hot” high-pressure sound and unusually fast vibrato make his recorded playing instantly recognizable, as do Kreisler’s mellow, burnished tone and subtly varied rubato. Not so Stern, whose “centric” style was always impressive but never quite distinctive, certainly not in the same way that one can identify Heifetz or Kreisler after hearing only a bar or two of their playing. This surprising lack of individuality offers one powerful explanation of why he seems in memory more of a public figure than an artist—the upstanding citizen of the world of classical music whom Leonard Bernstein dubbed “Isaac the Prince,” a man of endless good works and an international ambassador of good will.

That said, I expect at least some of his recorded performances will prove to be of permanent interest, in particular the concertos of such modern composers as Samuel Barber, Bela Bartok, Alban Berg, and Paul Hindemith that he recorded with Bernstein (as well as Bernstein’s own Serenade After Plato’s “Symposium,” written for him in 1954). They show that Stern played modern music with a warmth and conviction rarely heard from other mid-century virtuosos, and that his own playing took on a more distinctive character whenever he collaborated with conductors who, like Bernstein, possessed the unmistakable individuality that he lacked.

Here, as in his chamber-music recordings, on which his colleagues similarly served as a source of inspiration, it is possible to appreciate in retrospect the considerable virtues of the handsome, unmannered playing that made Isaac Stern among the most beloved classical musicians of his generation. Between that and his myriad achievements in the public sphere, there are surely far worse legacies for an artist to leave behind.

1 W.W. Norton, 240 pages
2 The only important country in which Stern never played was Germany. Like Arthur Rubinstein, another classical musician of Jewish descent who steered clear of Germany, he could not forgive the German people for having let the Holocaust happen. 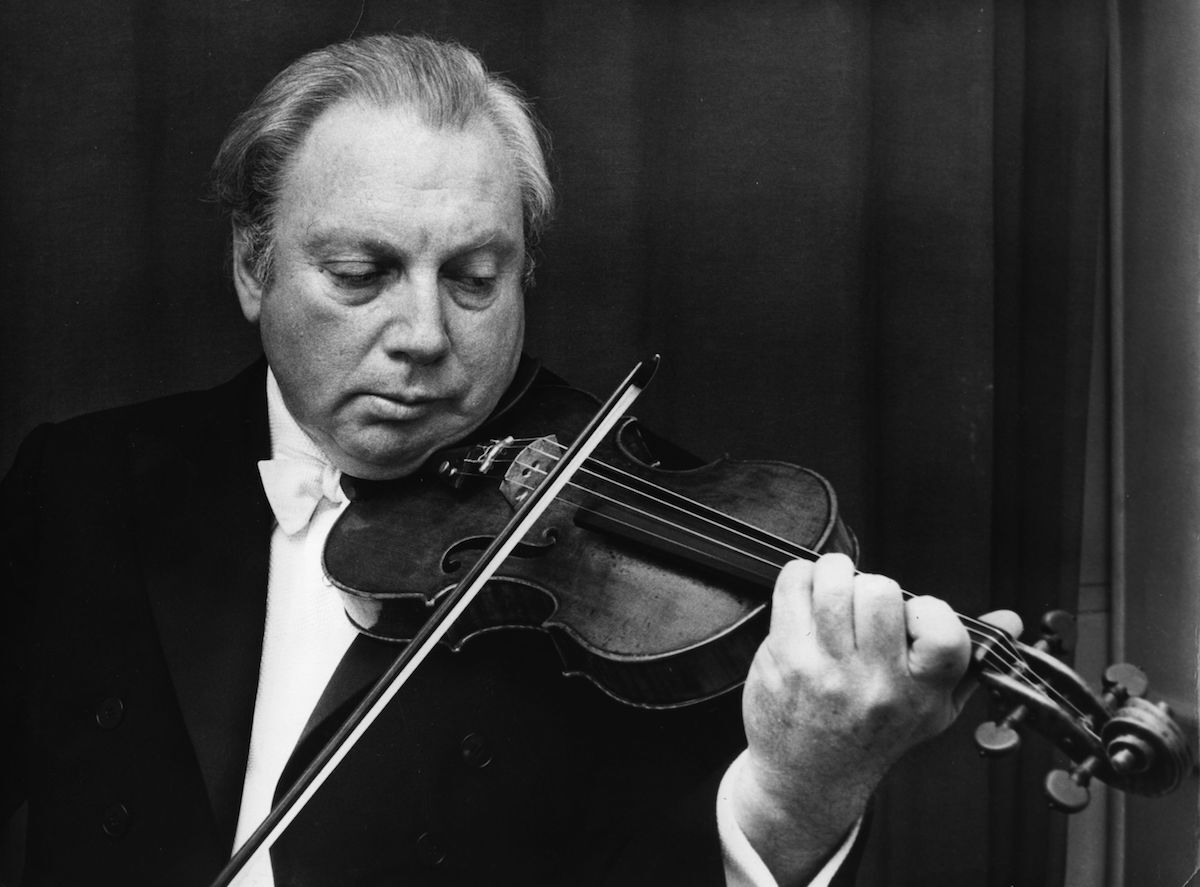 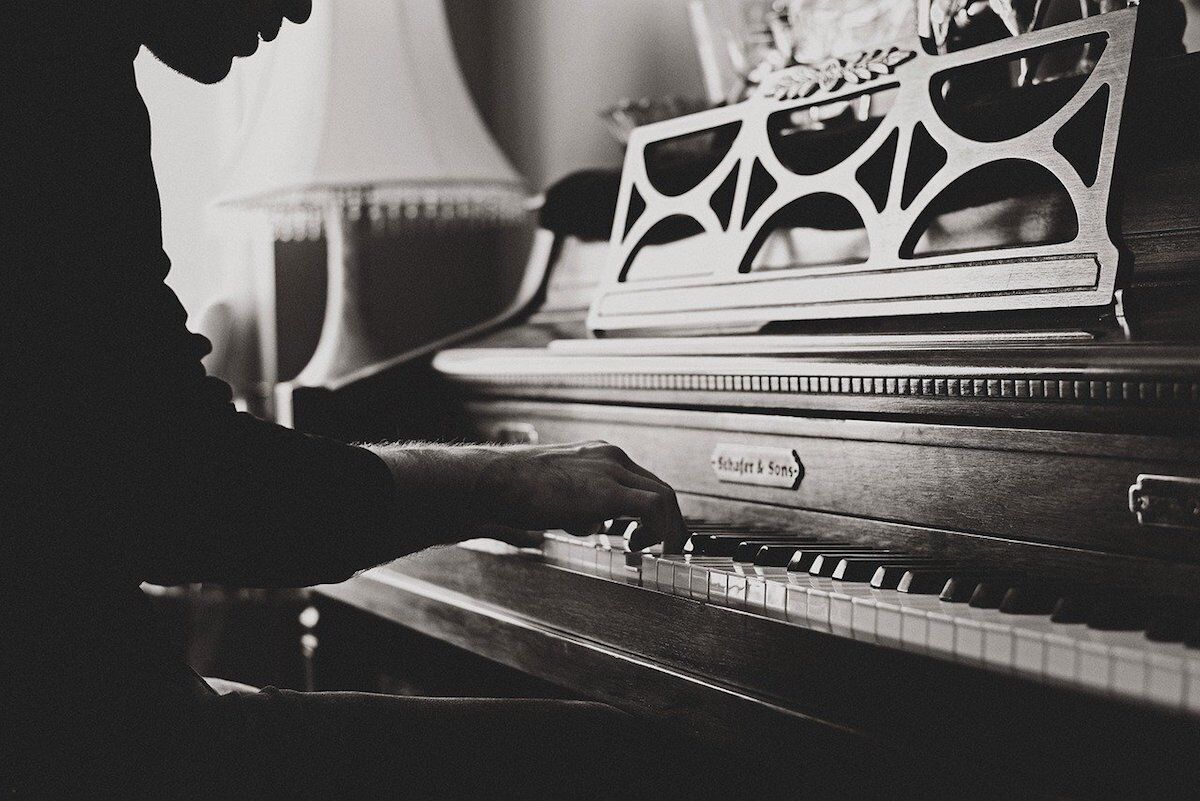 Giving Hoagy His Due 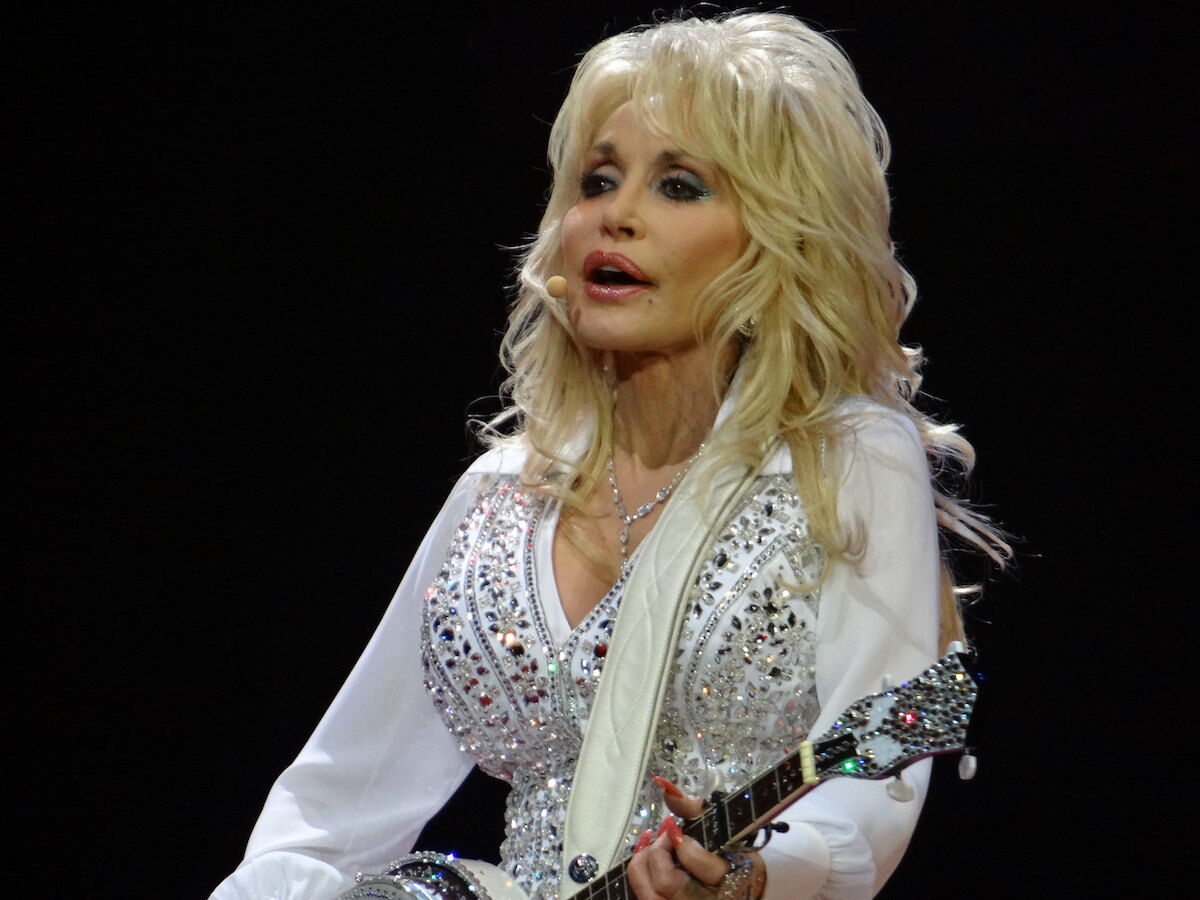 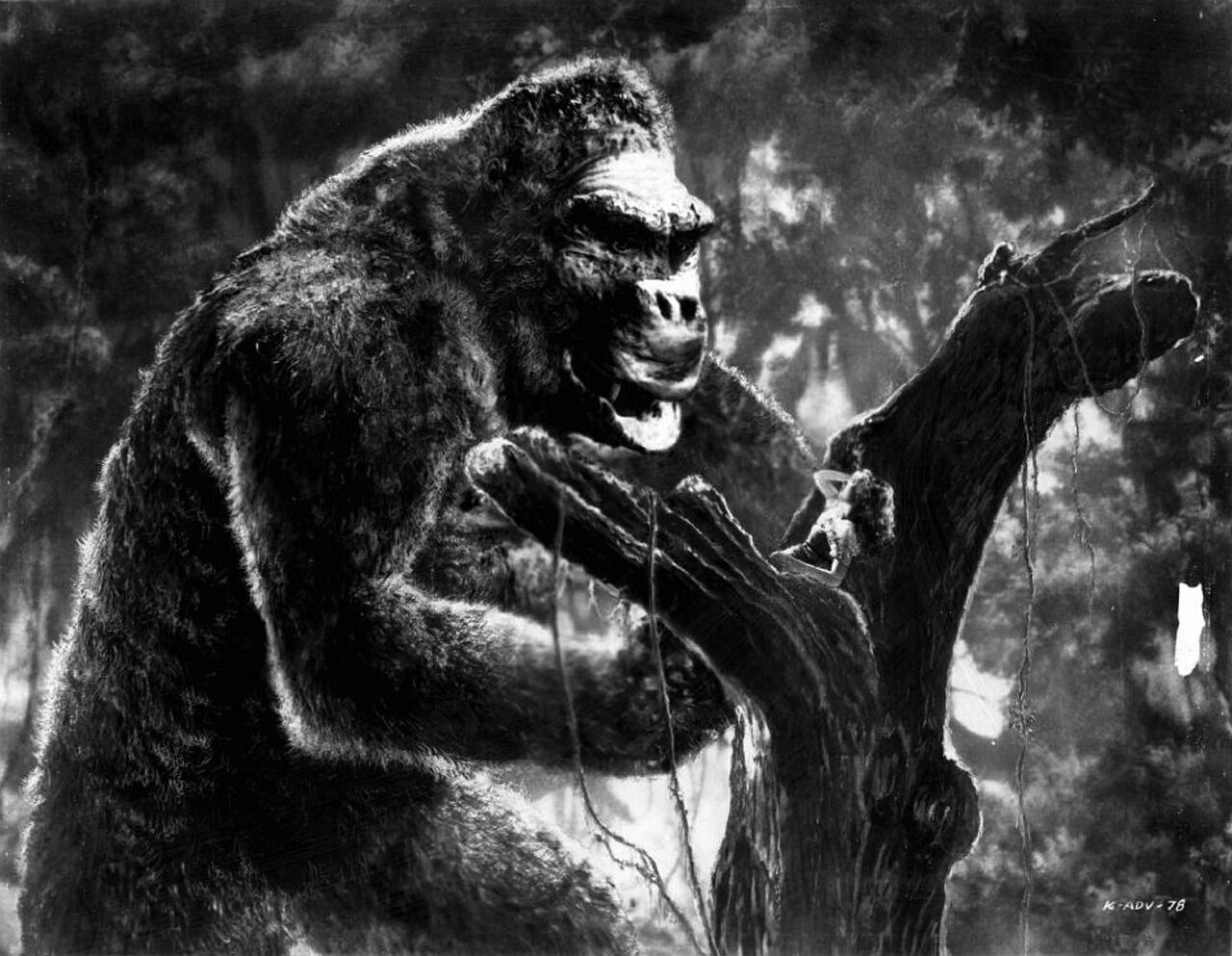 The Man Who Made Film Music