ank Williams is the most important of all country musicians, past and present. At a time when the music he made was still mostly regional in its appeal, he was well on the way to national celebrity when he died in 1953, and his posthumous fame would grow even greater. Many of his songs, among them “Hey, Good Lookin’,” “I Can’t Help It (If I’m Still in Love with You),” “I’m So Lonesome I Could Cry,” and “Your Cheatin’ Heart,” are now country standards, while a younger generation of rock and pop stars embraced his songs—and singing—as enthusiastically as did his contemporaries. One of them, Leonard Cohen, described him as “a hundred floors above me in the tower of song.” Another, Bob Dylan, praised him unstintingly in Chronicles: Volume One, his 2004 memoir, speaking of how “the sound of his voice went through me like an electric rod.”

Williams’s rough-hewn “honky-tonk” sound has since been supplanted by more modern styles, but he remains an emblematic figure who is universally thought to embody the authentic essence of country music. When Waylon Jennings, the most innovative country singer of the ’70s, wrote a song in which he criticized his older, more musically conservative colleagues for having made music “the same way for years,” he called it “Are You Sure Hank Done It This Way.” Numerous books have been published about him, including The Hank Williams Reader (2014), a splendidly edited scholarly compilation of essays, articles, and reviews, and several biographies, the latest of which is Mark Ribowsky’s Hank: The Short Life and Long Country Road of Hank Williams, which has been widely and in the main favorably reviewed.1

The same ground was covered to more penetrating effect in Colin Escott’s Hank Williams: The Biography (1994). Hank, by contrast, is a journalistic treatment that is more concerned with Williams’s sad, hectic life than his artistry. Still, Ribowsky has gone to much trouble to disentangle the facts of his life from the legends in which they have long since become enmeshed, and while the story that matters most is the story of his music, Hank tells the reader everything else of consequence about its subject.


orn in 1923 in a logging town in Alabama, Williams was a child of the hardscrabble class. His father, a railroad engineer who was injured in World War I, spent eight years in a veterans’ hospital, while his mother kept boarders and worked in low-paying jobs. Williams himself suffered from chronic back pain throughout his life, the result of a spinal-column birth defect that was not surgically corrected until 1951. By that point, he was addicted to alcohol and prescription drugs, which he had initially started using to ease his suffering. These habits reduced his private life to a shambles, but they did not affect his ability to perform in public until the following year, when he was fired from Nashville’s Grand Ole Opry, the premier venue for country music. Still, he continued to perform and record until two days before he died, eight months short of his 30th birthday.2

Williams’s untimely death surprised no one who was aware of his self-devastating reliance on drink and drugs. The fiddler-singer Roy Acuff, one of his main influences, told the younger man that he had “a million-dollar talent, son, but a 10-cent brain.” Acuff was right on both counts: Williams’s talent was as distinctive as his offstage behavior was squalid and undisciplined. Even if he had not been a first-rate stage performer, his songwriting alone would have won him a secure place in the history of American popular music. Indeed, it was through cover versions of his songs by other singers, the first of which was Tony Bennett’s 1951 recording of “Cold, Cold Heart,” that he initially became known outside the South. But Williams was a remarkable vocalist in his own right, and it is his own uncompromisingly direct performances that are most admired by modern-day listeners.

The directness of Williams’s singing was so emotionally compelling that it concealed the modesty of his vocal equipment. His baritone voice was small, nasal, and hard-edged, and unlike such smoother-sounding country balladeers of the late ’40s and early ’50s as Eddy Arnold and Red Foley, he sang with a pronounced Southern accent that left no doubt of his rural origins. He unapologetically called himself a “hillbilly,” and fans from similar backgrounds responded to his refusal to pretend that he was anything other than what he was. At the same time, though, his musical background was more complex than was evident at first glance. He had learned to play guitar from a black street musician known as “Tee-Tot,” and in adulthood he continued to listen to the recordings of black bluesmen like Blind Lemon Jefferson. Not surprisingly, his singing and songwriting bore the unmistakable stamp of the blues. “Move It on Over,” his first hit record, is a 12-bar blues whose melody is borrowed from “Your Red Wagon,” a blues song first recorded in 1936. In addition, Williams was shaped by the gospel music he had heard in church as a boy. “My mother was [a church] organist . . . and my earliest memory is sittin’ on that organ stool by her and hollerin,’” he told the musical journalist Ralph J. Gleason in 1952.

To these influences, Williams added a lively, engagingly dry sense of humor that was all his own. Even when singing about the stormy romantic relationships that were his preferred subject matter, he often portrayed them with a smile, just as his onstage performing persona was jaunty and self-assured. Nevertheless, melancholy was the deepest color on his songwriting palette, and he sang such ballads of despair as “I Can’t Help It (If I’m Still in Love with You)” in a stoically mournful voice that was an ideal complement to their laconic lyrics: “Somebody else stood by your side / And he looked so satisfied.” And for all their simplicity, Williams’s lyrics were in no way crude. At a time when country songwriting was starting to become more self-consciously professionalized, the work of full-time lyricists whose lyrics had a technical polish that was in many cases comparable to that of the craftsmen of Tin Pan Alley, he opted for plainness—and poetry.

Williams was a superlatively straightforward communicator of emotion, and he insisted that the members of his band, the Drifting Cowboys, play in an equally unadorned manner.


Where did the poetry come from? Williams was barely literate and seems to have read nothing but comic books. It is important to note in this connection, as Ribowsky does in Hank, that he worked closely with Fred Rose, his music publisher, who gave him ideas for songs and is known to have edited some of his lyrics to make them more palatable to big-city listeners. Moreover, Williams did not write some of “his” best-known songs, including “Lovesick Blues” and “Lost Highway.” Nevertheless, he was primarily responsible for most of the songs that he recorded, and while they typically lack the catchy cleverness of commercial country, they replace it with a powerful spareness of utterance, never to better effect than in “I’m So Lonesome I Could Cry”: “I’ve never seen a night so long / And time goes crawling by / The moon just went behind a cloud / To hide its face and cry.”

In addition, Williams was by all accounts an irresistibly charismatic performer, a fact that is clear both from his recordings and from his surviving radio and TV broadcasts. He was a superlatively straightforward communicator of emotion, and he insisted that the members of his band, the Drifting Cowboys, play in an equally unadorned manner. No one sang his songs better.


t first, though, Williams was better known outside the Deep South for the recordings of his songs that were cut by mainstream pop singers like Bennett and Joni James. Prettified versions of country songs had been selling well since the ’40s, when Bing Crosby recorded Bob Wills’s “New San Antonio Rose” and Al Dexter’s “Pistol Packin’ Mama.” In those days, it was taken for granted that urban listeners would be put off by the accents of bona fide country singers, as well as by the guitar-and-fiddle string bands that backed them. But Williams’s 1952 network TV appearances on The Perry Como Show and The Kate Smith Evening Hour were highly successful, and by then MGM was already sure enough of his mass appeal to have signed him to a movie deal.

Would Williams have become a full-fledged pop star in his own right? Or might his career have been derailed by the subsequent rise of rock and roll? It is entirely possible that he could have converted himself into a “rockabilly” singer like Elvis Presley or Jerry Lee Lewis, who were as Southern in their style and manner as Williams. On the other hand, Presley, Lewis, and their fellow rockers deliberately pitched their music to teenagers. Not so Williams: His was an adult music, fully imbued with the tragic sense of life in much the same way as were the startlingly bleak recordings of such pop ballads as “Angel Eyes” and “One for My Baby” that Frank Sinatra recorded a few short years later. In Williams’s songs, even the light-hearted ones, marriages frequently end in divorce (as his had), and ordinary people spend their lives laboring at unfulfilling jobs, seeking surcease in liquor and “cheating.” It is hard to imagine such a man appealing to the young girls who squealed for Presley on The Ed Sullivan Show. In any case, he never got the chance: He died in the back seat of his car en route to a show, emaciated and despondent. “There ain’t no light,” he had told a friend a few months earlier. “It’s all dark.”

But Williams was wrong to suppose that his life had come to naught. Far from it: All of his records remain in print to this day and continue to sell. Fifty-seven years after his death, he received a special Pulitzer Prize citation for lifetime achievement in music. (It followed similar awards to John Coltrane, Bob Dylan, and Thelonious Monk.) The Pulitzer board praised him as “a songwriter who expressed universal feelings with poignant simplicity.” So he did, and if anything, the darkness of his songs now seems to engage more directly than ever before with the hopes and fears of the working-class Americans who are portrayed so eloquently in J.D. Vance’s Hillbilly Elegy. They would have known what he meant when he told a reporter that the “people who has been raised something like the way the hillbilly has knows what he is singing about and appreciates it.” Dead at 29, he speaks for them still, and the body of work that he left behind has not lost its grip on the imaginations of other listeners who know nothing of the rough world of which he sang. Of how many artists who died in their twenties can the same thing be said?


1 Liveright, 472 pp. Williams’s most popular records are collected on Hank Williams: 40 Greatest Hits (Polygram, two CDs).
2 Williams’s death was officially diagnosed as the result of “cardiac insufficiency,” but his addiction was undoubtedly a contributing cause. 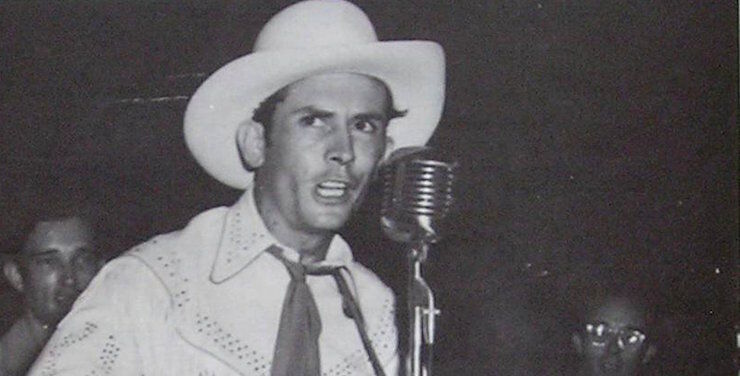