uch of the fiction written by the recent wave of Soviet émigré writers to America has been autobiographical—set toward the end of the Soviet era, concerned with the difficulties of acculturation. The 37 year-old Sana Krasikov, who emigrated from Soviet Georgia with her parents when she was eight, has taken on a much larger project in her extraordinary first novel, The Patriots. 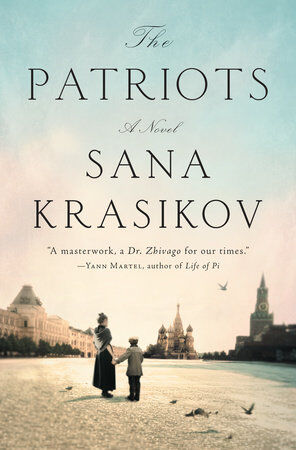 The murderous confidence trick of Communism was played not only on millions of Russians, not only on Chechens and Georgians and countless other minorities of the Russian empire, but also on thousands of Americans who moved to the false utopia. Their story is colorfully documented in British author Tim Tzouliadis’s The Forsaken: An American Tragedy in Stalin’s Russia (2008), which Krasikov credits in her acknowledgements. The Patriots tells the fictional story of one such victim, an American Jewess lured to the USSR by a combination of lust, curiosity, and optimism.

Florence Fein is the intelligent daughter of an atheist Jewish family. She grows up in Brooklyn in the 1920s and ’30s, “a territory . . .  always doomed to lie in the shadow of a superior power.” It is not the best of times. The Depression offers little in the way of hope. She is exposed to the strident arguments of radical students at college, and afterward, she goes to work at the Soviet Trade Delegation. Sent to Cleveland to aid negotiations between the Soviets and U.S. Steel for the purchase of equipment required for a steel mill, she falls for a young Russian engineer. (Krasikov has not made this up. There really were such negotiations. American companies were keen to buy into a potentially huge new market. In 1929, for example, the Ford Motor Company signed an agreement with the Soviet government to manufacture automobiles in the city of Gorki.)

Florence finds that there is no way “to satisfy your heart without deforming your mind.” This turns out to be truer than she thinks. Her lover returns to the Soviet Union. He writes her a letter, in which he refers, sarcastically, to “the majesty of Magnitogorsk,” an industrial town in the south of the Urals. The sarcasm is lost on Florence, and she writes back, expressing a fear, if she stays in America, of falling “into the ranks of the indifferent, or, worse, the eloquent malcontents . . . I hope to set sail by spring.”

Florence Fein would not have been alone in being attracted to the Soviet Union. As early as 1919, the investigative journalist Lincoln Steffen had remarked, on returning from Bolshevik Russia, that he had “been over to see the future—and it works.” His opinion was echoed by a sizeable cohort of the intelligentsia, including Bernard Shaw, André Gide, and Heinrich Mann. There was enthusiasm and belief and hope, and great slabs of naiveté, ignorance, and downright stupidity. Understandably, people were curious. Between 1928 and 1930, 40 Soviet movies were shown widely in the theatres of America. Many were documentaries. Those of the director Dziga Vertov were often played at ear-splitting volume. The USSR was new and exciting.

The word “epic” nowadays tends to conjure up the notion of arduous three-hour films based on children’s fantasy novels. These are indeed “grand in scale and ambition,” as the Oxford English Dictionary puts it, but they lack the heft of the ancient works that lent the world the word. The Patriots has the weight of a classic. While its scenes are almost always intimate, conducted between two or three people (though there is a very well done tawdry embassy party), they are more often than not governed by events in the world beyond them, over which they have no control.

Krasikov shows us this trampling of the private by the public in the name of Communist pieties. Of all these pieties, the requirement to betray your friend, your country, your family, in order to serve the Party, is the most psychically cruel if not the most physically disturbing. So it is no accident how The Patriots begins. A child, long separated from his mother, misses her hair, “the long, thick curls he’d buried his small face in, which he’d pictured for years in his sleep, all he’d been able to preserve of her—their loss felt like a betrayal.”

This is Florence’s son, Julian. Interwoven with her story, told in the third person, is Julian’s first person account of having been born in the USSR—“the art of squealing on each other’s deficiencies was drilled into us early”—before making his way to America. He tells us in turn that his own son Lenny has left America for “the new frontier” of Moscow, where he has become Russified and is perhaps in danger of his life. “Well, you’ve really become a Russian, then. In love with your suffering,” remarks father to son at one point, echoing Joseph Conrad’s observation in his 1911 novel Under Western Eyes: “Don’t forget what’s divine in the Russian soul—and that’s resignation.”

Julian, a senior employee of a large oil corporation whose expertise is in the engineering of ice-breaking ships, travels to Putin’s Moscow with three purposes. The first is business, the forming of a new oil conglomerate, requiring perhaps ethical compromise; the second is to find out whether his mother had worked as an informer for the NKVD; and the third is to extricate his son and bring him home. He learns more about his family, and perhaps about himself, than he or the reader might have expected.

As we follow her story decades earlier, Florence keeps making the wrong decisions for the right reasons, or at least attempting to justify them as such to herself. In the Kafkaesque (there really is no better adjective) world of Soviet bureaucracy, it was almost impossible to make any kind of decision for yourself. That is the nature of prisons. She escapes the confines of Flatbush for the increasingly ghastly imprisonments of the USSR.

Americans trapped in the USSR had little hope of getting out. The United States government, represented by the despicable Stalin suck-up Joseph Davies, cuddled up to Uncle Joe and was not interested in putting him to trouble. In 1944, Vice President Henry Wallace visited Kolyma and was much taken with the health and happiness of its gold miners. In actual fact, those miners were slaves. It occurs to Julian that “even in the most benighted county of the American south, a human life was still usually worth at least the gold it took to purchase it, whereas in communist Russia it was worth nothing at all.”

The Patriots is hung, as a narrative, on a series of true-life events, the actual activities of real organizations, from the U.S.-Soviet trade deals of the late ’20s, through the war, to Golda Meir’s visit to Moscow in 1948, to the anti-Semitic purge of 1952 (the Doctors’ Plot), and onward. Krasikov’s research has an exemplary thoroughness, whether describing a Stalin rally, or a Thai sex parlour, or listing the parts of a jet fighter. She has a subtle grasp of differing Anglophone idioms: “up the duff” first appears in a Dictionary of Australian Slang published in 1941, almost precisely the date at which it is used in the novel; “even cold molasses gotta know which way’s down,” complains a gent from the Lower East Side. None of this is show-offy.

The Patriots has the rhythmic quality of a first-class thriller. Krasikov has a sardonic eye and ear, and there is occasional humor, even one very good gag about Hollywood and Communists. The mechanics of the plot are more or less faultless. On one or two occasions, the author intrudes a little too noisily, upsetting the narrative rhetoric, but this is the tiniest of quibbles.

This is a book that informs as it questions. It has moral purpose. It gives us essentially the entire history of the USSR. It challenges readers to wonder what decisions they would have made in similar circumstances. And it tells us of how hope can be used against a population. Its fiction tells a true story that should be heard more often. It is also a deep meditation on the relationship between parent and child.

Finally: Who exactly are the “patriots” of the title, and why? You will have to read this possibly great and greatly necessary novel to find out. 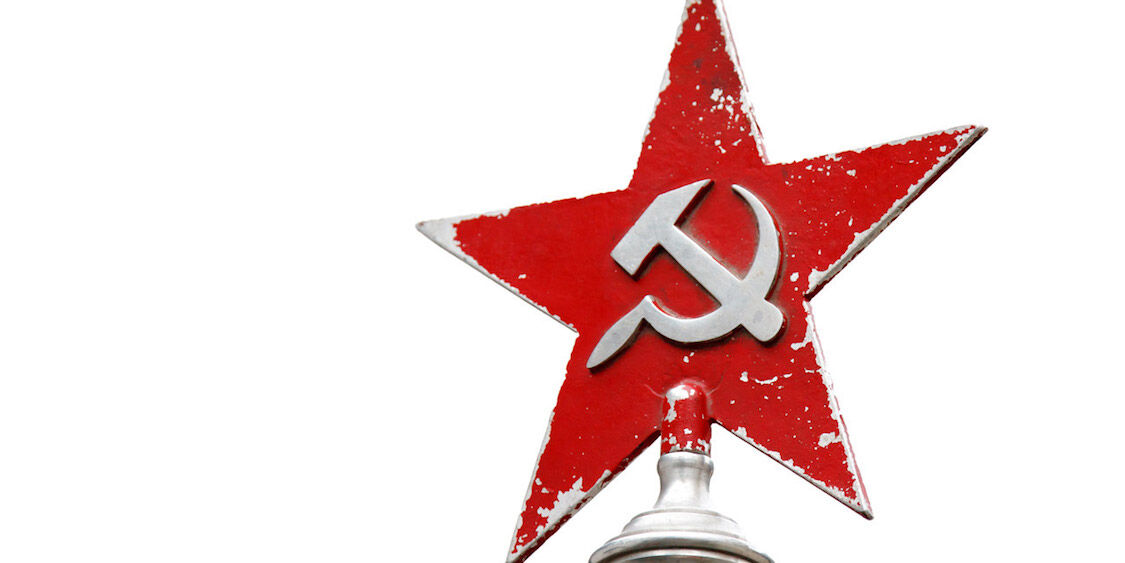