ncestry.com now offers a kit that will allow you to determine just exactly what racial cocktail has been concocted by your ancestors in bringing you forth. Science and sociology are mixed, and our precious identities determined; this explains the contemporary fetish for discovering exactly to what tribe we all essentially belong. Zadie Smith’s fifth novel, Swing Time, ever so subtly picks at the whole question, suggesting that if we are going to talk about tribes then we must recognize that we are all members of many.

As seems to be the case with many modern literary novels, or films that want to be taken seriously, the narrative of Swing Time jumps about in time and place and takes the form of a personal memoir. Again fashionably, the leading protagonist, here the narrator herself, is nameless. The reader is without an ally and must make his own way. And yet so lucid and unshowy is Smith’s prose that this doesn’t prove much of a chore.

We begin at the end of the story, our narrator in disgrace and having in some way betrayed her employer. By chance she sees a clip from a film she had known well in childhood. The film is Swing Time, starring Fred Astaire. The clip shows Astaire dancing with three giant shadows. The narrator, it will transpire, loves both song and dance and musicals and feels “a ridiculous happiness” as she watches Astaire dance. She also has a revelation:

I saw all my years at once, but they were not piled up on each other, experience after experience, building into something of substance—the opposite. A truth was being revealed to me: that I had always tried to attach myself to the light of other people, that I had never had any light of my own. I experienced myself as a kind of shadow.

So she identifies not with Astaire but one of his shadows. She is in a sense without identity, and perhaps this justifies her anonymity. She has been the shadow of those with whom she has shared serious relationships: her childhood friend Tracy, her employer Aimee, a Gambian friend named Hawa, and her mother.

Tracy and the narrator meet at dance class, the only two “brown” girls—“as if one piece of tan material had been cut to make us both.” Their color binds them. Tracy’s mother is white and her black father is absent (an Irish acquaintance describes him as “The Playboy of the West Indies”). The narrator’s mother is an aspiring political intellectual, more concerned with books and ideas than with motherhood—“my mother’s refusal to submit to me confused and wounded me.” Her white father does most of the submitting. Tracy is a superior dancer and has a sharper mind and tongue than her friend, who looks up to her and later pities her. Smith is an acute recorder of the lies and jealousies of childhood friendship, and the way these are carried, or not, in to adulthood.

The second strand of the novel concerns the narrator’s job with Aimee, a Madonna-like pop star who has decided to set up a school for girls in the Gambia (her own financial worth exceeding the GDP of that country). Much of the book is set here, where the narrator develops friendships with a Brazilian aid worker named Fern, a local young man named Lamin who is keen to make his way, and a young woman, Hawa, who is the life and soul of the compound in which the narrator stays when visiting.

These chapters are well done but feel somewhat writerly: well-observed, but ever so slightly worthy, with the sense of points being made. Each character is set. One of them falls for the narrator, one the narrator beds, and Hawa is reduced to a zealous Muslim wife in “a shapeless black skirt.”

Dress is immensely important in Swing Time. Indeed, from the very start of the book appearance is always a signifier. On first meeting, the narrator is captivated by Tracy’s look: “logos, tin bangles and hoops, diamante everything, expensive trainers.” Tracy’s mother is “white, obese, afflicted with acne. She wore her thin blond hair pulled back very tightly in what I knew my mother would call a ‘Kilburn facelifet.’” The narrator’s mother dresses in “plain white linen trousers . . . blue and white striped ‘Breton’ t-shirt [and] frayed espadrilles,” as befits a feminist and later an MP of progressive views. She is a tremendous snob and intellectual bully, but aspiring for her daughter, too, and forgiven on her deathbed. These Willesden characters are the interesting ones, because they are contradictory, complicated, lifelike.

In the village of Willesden—the book is full of villages, including Greenwich Village, where the narrator lives in New York—a takeaway pizza kiosk where the narrator serves for a while is owned by an Iranian. The delivery boy is from Somalia, the chef is Bosnian, and there is a Congolese cleaner. Not an Italian in sight.

Which brings us to race. Who is black and who is white? It is the question asked from the very opening pages, where the narrator notices for the first time that Astaire is dancing in blackface. Later on, there is a passage in which the narrator is complaining about “Peace Corps kids, the missionaries, the NGOs, all these well-meaning white people.” Her interlocutor, Fernando the Brazilian, stops her in mid-flow. “But wait: to you I am white?… In Brazil we don’t understand ourselves as white.” And later still, after the narrator has joined in a tribal dance, she is told that “even though you are a white girl, you dance like a black.”

Early in the book, the narrator insists, “I’m not that British,” to which Aimee responds, “Oh, babe, you’re as British as they come.” It is hard to disagree with the pop star. There are reviewers who claim that Zadie Smith is the world’s most famous British author. J.K. Rowling might cough politely at this, and Lee Child guffaw, but for a certain generation Smith is important and widely read. Swing Time is a book driven not by plot but by theme; however, like most good novels, it offers no pat understandings and asks many pertinent and, if read carefully enough, awkward questions:

When I was quite young, eight or nine, my father had showed me his father’s birth certificate, and the professions of his grandparents stated upon it—rag boiler and rag cutter—and this, I was meant to understand, was the proof that his tribe has always been defined by their labor, whether they wanted to be or not. The importance of labor was a view he held as strongly as my mother held her belief that the definitions that really mattered were culture and color. Our people, our people. I thought of how readily we’d all used the phrase, a few weeks earlier, on that beautiful June night at the Noted Activists, sitting drinking rum, admiring families of fat ducks, their heads turned inwards, their bills nestled into the feathers of their own bodies, roosting along the bank of the pond. Our people! Our people! And now, lying in the funk of my father’s bed, turning the phrase over in my mind—for lack of anything better to do—it reminded me of the overlapping quack and babble of those birds, repeating over and over the same curious message, delivered from their own bills into their own feathers: “I am a duck!” “I am a duck!”

Passages such as this illustrate the complexity of Smith’s generally plainspoken novel and hint at the existence of a great book hidden beneath, yet to be exposed. 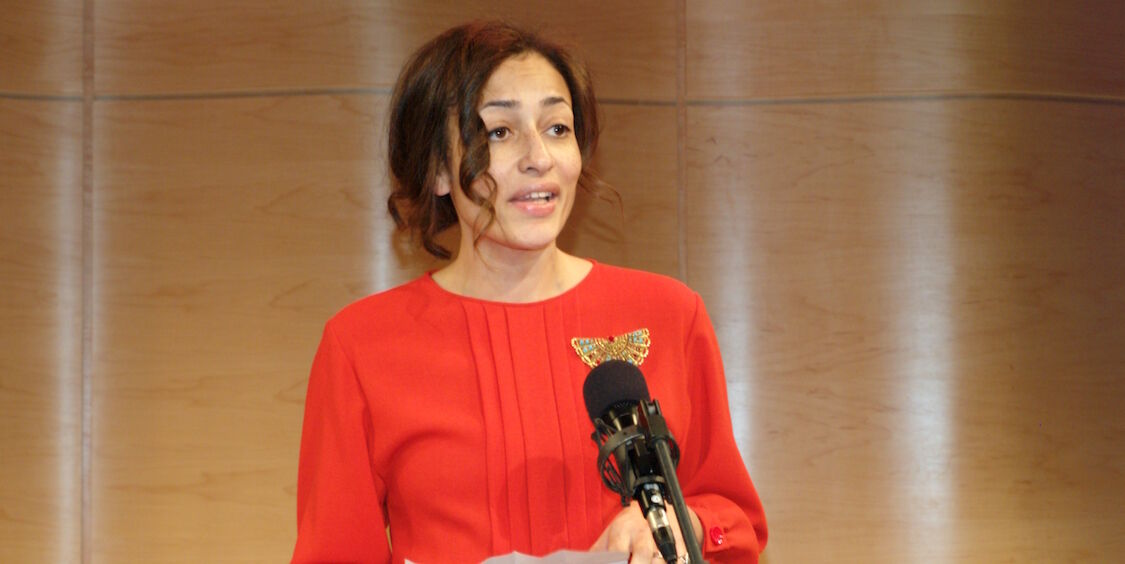