There’s a disturbing trend that seems to be emerging in the professional Jewish community: Jewish professionals, working for organizations that receive millions of dollars from stalwart defenders of the State of Israel, are increasingly becoming apathetic of and even sympathetic to the anti-Semitic BDS (boycott, divestment, and sanctions against Israel) movement. Despite the claim that the movement is aimed solely at “correcting” the behavior of the State of Israel against its Palestinian neighbors, the reality of what they advocate is pure bigotry, something they accuse Israelis of on a daily basis. When individuals are boycotted due solely to their nationality (which is tied to their religion in the case of Israel), not their actions, that is not a valid form of protest. Despite this, we’ve seen several recent instances of Jewish organizations and individuals that work at them engaging the BDS movement in destructive ways.

Last week an employee of the JCC in Manhattan, which is funded in part by the UJA-Federation of New York, published a piece for the Huffington Post sympathetic to some forms of BDS. Isaac Zablocki, the director of film programs at the Israel Film Center for the JCC in Manhattan, wrote in opposition to the efforts of some BDS activists to boycott Israeli film and works of art. While this is admirable, there were several incredibly troubling paragraphs within his piece that made clear that in some instances, Zablocki supports anti-Israel boycotts. Being an artist, it’s not surprising that Zablocki possesses an inflated sense of how monumentally important art is, and it seems that respect for art does not extend to that of “products or businesses” produced in Israel by Israelis (and Arabs who work there, for that matter). If “the importance of the use of boycott to get international attention towards pressuring Israel to end the occupation is unquestionable,” as Zablocki claims in the Huffington Post piece, and only the boycott against artists and their work is addressed, one can only assume that all other forms of boycott, including those against Israeli businesses, are fair game. This is, despite Zablocki’s later claims via his superiors at the JCC and as a blog comment on the piece yesterday, an implicit endorsement of the principles of BDS.

Zablocki’s description of what the BDS movement’s mission is speaks to how sympathetic he is to its aims: “The BDS movement fights against the normalization of the occupation of the State of Israel and pushes to exclude Israel from any international program as long as it is violating the human rights of Palestinians.” In just this one sentence, Zablocki accuses Israel of “occupation” and of “violating the human rights of Palestinians”–there are no qualifiers within this sentence or subsequent ones to make clear that this is the wrong-headed opinion of those who support BDS, not fact. Despite this, Rabbi Joy Levitt, executive director of the JCC in Manhattan, came to her employee’s defense, claiming that “Mr. Zablocki’s intention with his Huffington Post article was the exact opposite of its perception and was written to reject BDS as insidious.” Zablocki’s own words clearly indicate that is not the case.

Earlier this summer Jonathan took New York City’s 92nd Street Y to task for hosting writer Alice Walker at an event with the Vagina Monologues‘ Eve Ensler. Walker is a clear case of how anti-Israel activism is often a thinly-veiled disguise for pure anti-Semitism. The most famous example of this anti-Semitism is Walker’s refusal to have her most famous novel, The Color Purple, translated into Hebrew. Jonathan discussed her other equally egregious examples of prejudice in June:

I’ve written about how the BDS movement is inherently prejudicial, but Walker’s case is one that doesn’t require us to resort to theoretical arguments. Jonathan Kay added some insight to our knowledge of Walker’s belief earlier this month when he pointed out her embrace of a book that put forward bizarre conspiracy theories involving UFOs and Jew hatred. But apparently Walker is not satisfied with applauding other writers’ wacky anti-Semitism. As the Anti-Defamation League writes in a report on her new book The Cushion in the Road, Walker has crossed the line between any notion of legitimate criticism of Israel and anti-Semitism. She doesn’t merely rationalize Palestinian terror, trash the state of Israel and compare it to Nazi Germany. She also blasts Judaism and traditional Jewish beliefs (for which she blames any alleged misbehavior by individual Israelis or the state itself) and writes of Israelis in terms that are undeniably anti-Semitic.

These incidents, both in the geographic center of American Jewish life and involving institutions of great importance in the Jewish community, are troubling to say the least. Some of those who work for and represent the JCC in Manhattan, as well as those who organize events at the 92nd Street Y, are frighteningly sympathetic to those working to destroy the State of Israel. The directors of both organizations, when faced with overwhelmingly negative publicity regarding these individuals and events, chose to double down. As of now it appears Zablocki still works for the JCC in Manhattan and the 92nd Street Y ended up hosting the event featuring Alice Walker.

The delegitimization of the State of Israel is something supporters of these two major organizations are working to counteract, and despite this, the institutions are paying the salaries of those whose beliefs do not align with the supposed missions of their workplaces. If these organizations care to continue to serve the purpose of their stated missions, it’s time to get everyone involved in their work on board, or they should be shown the nearest exit. 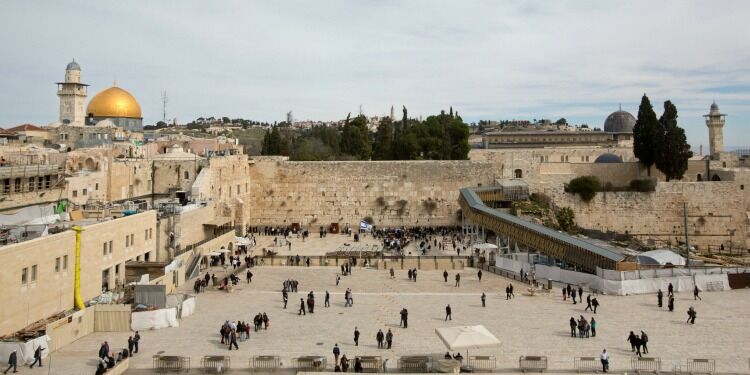