Well, that didn’t take long. Almost as soon as he announced his campaign for president, Beto O’Rourke stumbled across a progressive tripwire when he joked that his wife was raising their three kids “sometimes with my help.”

This came after earlier criticism of his video announcement of his candidacy, which featured three minutes of O’Rourke talking about his vision while his wife sat silently next to him, smiling. One critic claimed Amy O’Rourke’s silence was “just another illustration of how women are often overlooked.” The New York Times dutifully printed the criticisms of such experts on gender relations as Audrey Gelman, co-founder of the no-men-allowed, co-working space for one-percenters, The Wing. Gelman tweeted: “I am so sick of wives being forced to silently gaze!!! Why even include her? ?? when I run for president my husband will be in the background feeding our cats.”

Even if you’re no fan of Beto, this is much ado about nothing. O’Rourke is a Gen X man, which means he’s woke enough to know that men of his generation are supposed to pay lip service to the idea of sharing the domestic burden, but perhaps not woke enough to sacrifice his own time to do so. Yet as his remark shows, he feels bad about this—which is precisely what feminists have been telling men they should feel—and wants to show his appreciation for the sacrifices his wife has made for their family. What’s wrong with that?

Plenty, according to progressive critics. Some argued that even if O’Rourke’s intention in praising his wife was well-meaning, it’s still sexist behavior because women running for office wouldn’t be allowed to praise their husbands for supporting their domestic life while they pursue political careers. New York magazine’s Rebecca Traister tweeted that O’Rourke was benefiting from a “dynamic that permits him to say (do!) this, but would censure any woman for saying (or doing) same. He gets space that women are denied.”

Really? A recent profile of Elizabeth Warren’s husband, Bruce Mann, described him as a loving and supportive spouse who often flew back to Massachusetts to spend time with Warren’s children (his stepchildren) while she stayed behind working in D.C. “He flew back and forth almost every weekend, coaching soccer and attending parent-teacher conferences,” the article notes. “I’m usually introduced as Elizabeth’s husband, which is fine with me,” Mann says. The story even cites a long and gushy Instagram post Elizabeth Warren wrote to thank Bruce for all of his support, including the fact that he had organized her closet for her. In it, she refers to him more than once as “Sweetie.” No one has accused her of thwarting her husband’s ambitions.

Nevertheless, Beto pivoted quickly from joking to groveling, appearing on a podcast to self-flagellate about his “white male privilege” and to apologize: “So yes, I think the criticism is right on. My ham-handed attempt to try to highlight the fact that Amy has the lion’s share of the burden in our family—that she actually works but is the primary parent in our family, especially when I served in Congress, especially when I was on the campaign trail—should have also been a moment for me to acknowledge that that is far too often the case, not just in politics, but just in life in general. I hope as I have been in some instances part of the problem, I can also be part of the solution,” he said.

Even his apology ended up offending because he suggested that women who stay home to raise kids aren’t working (Amy “actually works” because she works outside the home). Not surprisingly, this backhanded insult to stay-at-home parents didn’t trigger his liberal fans like his earlier comments did.

But O’Rourke’s swift mea culpa shows how much more ramped up the grievance cycle is likely to be in 2020 than in past elections. When then-First Lady Michelle Obama called herself a “busy single mother” during an interview, the media treated it as an oopsie moment rather than as a sign of Barack Obama’s (and the country’s) misogyny. Today, an off-the-cuff joke by a presidential candidate prompts a show-trial-by-Twitter and a public apology. Note to all spouses of Democratic presidential hopefuls: be prepared to spend the next year and a half justifying the private decisions and power dynamics of your marriage.

O’Rourke has also embraced a kind of preemptive tokenism, perhaps to distract attention from his earlier remarks. Over the weekend, he signaled that he would prefer a female running mate: “It would be very difficult not to select a woman, with so many extraordinary women who are running right now.” (Not all of the Democratic women running seem keen on the idea. During an interview on NBC’s Meet the Press, Amy Klobuchar, seemingly referencing O’Rourke’s claim that he was “born to be” in the race for president, offered a rather barbed observation: “I wasn’t born to run for office, just because growing up in the ’70s, in the middle of the country, I don’t think many people thought a girl could be president.”)

Beto should ignore the critics of his marriage. If the more traditional childcare arrangements that the O’Rourke family devised—with the wife taking the lead on the domestic front—works for them, so be it. Voters shouldn’t read into it any more than the O’Rourkes do themselves, despite what Twitter agitators claim about his male privilege.

The real privilege Beto O’Rourke benefits from right now isn’t that of being white, or male, or having a supportive spouse. It’s the privilege he enjoys as a liberal media darling, lavished with attention befitting a celebrity (and spared, during his Texas senate race against Ted Cruz, from unpleasant stories about his youth by news outlets that were happy to bury bad news for him). His campaign announced that it raised $6.1 million in its first 24 hours—more than any other candidate in the Democratic primary—which suggests potential voters are feeling the love, too. But as he continues crisscrossing Iowa and New Hampshire, O’Rourke should remember that, unlike the love of a good wife, the love of the media (and the electorate) often proves fickle. 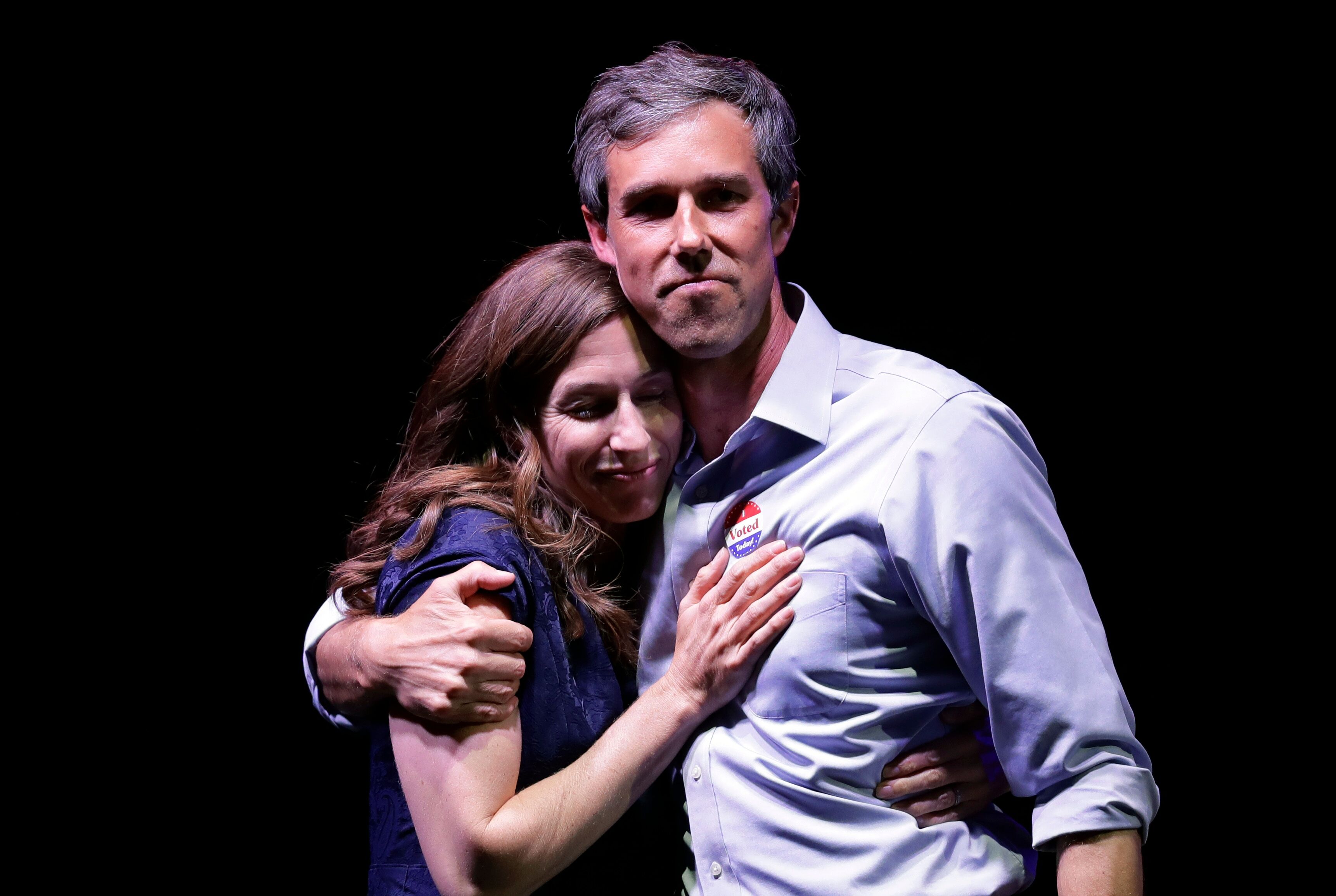