Last week, the Court of Arbitration for Sport ruled that South African middle distance runner Caster Semenya must suppress her testosterone levels in order to compete in women’s track and field events. Semenya, an Olympic champion, is one of an extremely small number of women who naturally produce much higher levels of testosterone than most women, giving her a significant competitive advantage over her female peers in track and field events. Semenya is believed to be intersex, possibly with an XY rather than an XX chromosome, since the rules she disputed apply only to athletes with XY chromosomes who wish to compete as women.

The ruling came after Semenya challenged the International Association of Athletics Federations’ rules regarding testosterone suppression for female athletes as discriminatory. The court’s decision did not deny that the IAAF’s rules were discriminatory but also noted that “the majority of the Panel found that, on the basis of the evidence submitted by the parties, such discrimination is a necessary, reasonable and proportionate means of achieving the IAAF’s aim of preserving the integrity of female athletics.”

The integrity of female athletics has been under assault on numerous fronts in recent years, which is why Semenya’s case has resonance beyond her particular circumstances; it raises critical questions about biology and identity and fairness in women’s sport.

Semenya is an outlier both in her athletic prowess and her biological reality, and the court did its best to strike a compromise, albeit one that is likely unsatisfactory to both sides. Semenya’s female competitors will remain at a disadvantage even if she agrees to lower her testosterone levels (which can be achieved by taking oral contraceptives) because Semenya will still have a higher-than-average level of the hormone as well as the additional advantage of a lifetime of higher testosterone exposure, which means greater bone and muscle density and lung capacity, among other physical benefits. (The IAAF’s regulations, which the court upheld, state that athletes competing as women must have a testosterone level below 5.0 nmol/L; the high end of the average range of testosterone for XX women is 1.7).

The panel of judges in Semenya’s case was at least honest about having to broker a compromise that wouldn’t please everyone. “It is not possible to give effect to one set of rights without restricting the other set of rights,” the court noted in its decision. The ruling also made it clear that no one was accusing Semenya of trying to cheat. Semenya was born this way; the regulations effectively punish her for something over which she had no control. As she has stated, “I just want to run naturally the way I was born. It is not fair that I am told I must change. I am Mokgadi Caster Semenya. I am a woman, and I am fast.” The Washington Post complained, “We celebrate Michael Phelps’ genetic differences. Why punish Caster Semenya for hers?”

But this isn’t an accurate comparison. All elite athletes are in some way outliers compared to the average person; that’s what makes them elite athletes. But we’ve always separated male and female athletes for the simple and sensible reason that women can’t compete with men in speed or power at almost any level of athletic competition and in nearly every sport. Even women at the very top of their sport could easily be routed by a slightly above average male athlete.

Not surprisingly, the news about Semenya was met with questionable claims about the “myth” of testosterone in the New York Times, perhaps because, even though Semenya is not trans and the ruling impacts only elite athletes worldwide, the debate about testosterone and fairness in the U.S. has focused largely on the growing number of trans women competing in female sports. As Amby Burfoot, a sports writer (and Boston marathon winner) noted, “There are an estimated 100 times more transgender women athletes than there are genetic XY athletes with DSDs [Differences of Sexual Development]” like Semenya.

And they are dominating their chosen sport. The same week the court ruled against Semenya, a trans woman in the U.S. named Mary Gregory broke records for women’s deadlift, bench press, and squat, as well as scoring a Masters world total record in powerlifting. As former Olympic athlete Sharron Davis tweeted, “This is a trans woman a male body with male physiology setting a world record & winning a woman’s event in America in powerlifting. A woman with female biology cannot compete . . . it’s a pointless unfair playing field.”

One athlete willing to criticize Connecticut’s new reality told Bolar that, even though many female athletes and their parents are upset that born-male athletes are being allowed to compete against women, “Everyone is afraid of retaliation from the media, from the kids around their school, from other athletes, coaches, schools, administrators.” The athlete continued: “They don’t want to draw attention to themselves, and they don’t want to be seen as a target for potential bullying and threats.” It’s a realistic (if disheartening) concern, as tennis legend Martina Navratilova discovered when she challenged trans orthodoxy on female sports. The impact on female athletics of the Democratic-sponsored Equality Act, which would add gender identity and sexual orientation as protected classes under the Civil Rights Act of 1964, became a flashpoint during hearings about the bill in April.

In the U.S., the orthodoxy is as simple as the biological issues are complex: Anyone who wants to identify as female has the “right” to compete as a female. Identity trumps any other objective measurement of eligibility. It’s a ludicrous standard, as British rapper Zuby highlighted in a series of tweets showing him breaking various women’s powerlifting records while “identifying” as female.

The court in Semenya’s case did its best to set some reasonable standards for adjudicating a deeply complicated issue. It recognized that the protective barriers that have long divided women and men in athletic competition are there for a reason, and it tried to ensure that the overarching purpose of its decision (which Semenya has the right to appeal) is fairness in competition, not advancing an ideological agenda.

In the United States, however, where identity politics, ideological entrenchment, and Twitter mobs crying transphobia drown out nuanced debate about fairness for female athletes, the future of women’s sports is in less capable hands. 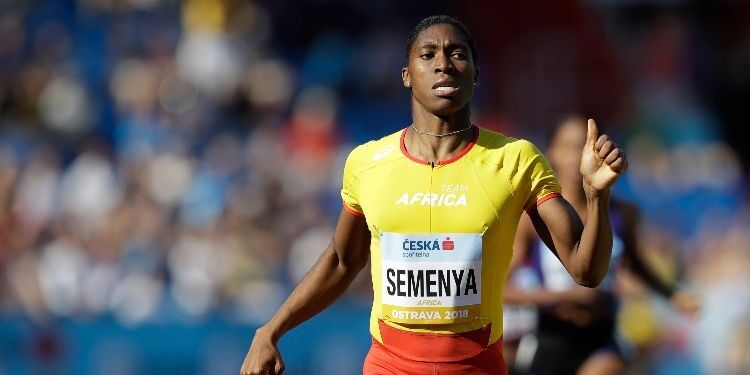