The College Board’s announcement this week that it would no longer use an “Adversity Score” in its assessment of students who take the SAT exam was viewed as good news by the many critics who had argued against reducing students’ myriad life experiences to a single number.

The Adversity Score was part of the College Board’s “Environmental Context Dashboard,” which was introduced last May and intended to give admissions officers a more detailed understanding of the SAT scores of students. As the Los Angeles Times noted, “the version used by about 50 institutions in a pilot program involved a formula that combined school and neighborhood factors like advanced course offerings and the crime rate to produce a single number.”

Critics argued that reducing something as ambiguous as “adversity” to a single number would encourage a kind of de facto victimhood Olympics among applicants and encourage cynicism about the college admissions process.

The College Board now appears to agree with that criticism. “The idea of a single score was wrong,” College Board president David Coleman told reporters on Tuesday. “It was confusing and created the misperception that the indicators are specific to an individual student.”

In fact, the College Board isn’t abandoning the idea of the adversity score; it’s simply rebranding it as a new tool called “Landscape.” Beginning in the 2020-2021 school year, the tool will show college admissions officers a snapshot of a students’ locale based on the same government data that was used to calculate the adversity score. The data will include information about median income and crime rates in an applicant’s neighborhood as well as general information about a student’s high school (such as graduation rates and the percentage of students who are eligible for free school lunches). The only difference is that the Board will not reduce that information to a final “adversity” score.

While it would be heartening to believe that the College Board’s only motivation in responding to criticism of the adversity score was that “we’ve adopted a humbler position,” as Coleman claimed, it’s probably wiser to be cynical.

This wouldn’t be the first time the College Board changed the way it administers and scores the SAT in order to maximize revenue. Despite being a non-profit, the Board generated $750 million in revenue in 2011, for example, and reported over a billion dollars in assets in 2015, facts that have prompted many observers to question its non-profit status.

The College Board is also eager to remain relevant and profitable at a time when it faces competition from the ACT and when more schools are abandoning the College Board’s flagship product (the SAT) in favor of more holistic admissions assessments.

The new landscape feature also fails to address the most pointed criticism of the old adversity score: that it effectively serves as a proxy for race at a time when universities face renewed challenges to the legitimacy of their affirmative action policies. As the Wall Street Journal noted of the original adversity score, colleges might be tempted to use it “as an alternative or proxy for race since many of its 15 variables strongly correlate with minority backgrounds.” This would allow colleges to “discriminate discretely without proof that’s what they are doing since the adversity scores are calculated by a third-party algorithm they don’t control.” Nothing about the new “landscape” feature changes this.

We live in a time of declining trust in many institutions, including higher education. Conservative-minded Americans are particularly suspicious of colleges and universities: a recent Pew survey found that only 33 percent believed colleges and universities were having a positive impact on the country. The ongoing Varsity Blues college bribery scandal revealed how wealthy and well-connected parents have gamed the system (something they’ve long done, but never quite so egregiously). To many observers, the college admissions process looks like a cross between an elite lottery and a blood sport.

There’s nothing wrong with college admissions officers considering the communities in which applicants were raised as part of their assessments. But they should do so by looking at each applicant as an individual. Two kids from the same neighborhood can have vastly different challenges on their path to college given their family structure (or lack thereof) or the education level of their parents. Like a reductive “adversity” score, broad “landscape” data can’t capture the many actions and conditions that factor into the making of a meritorious student. But it could all too easily become a tool for the promotion of identity politics. 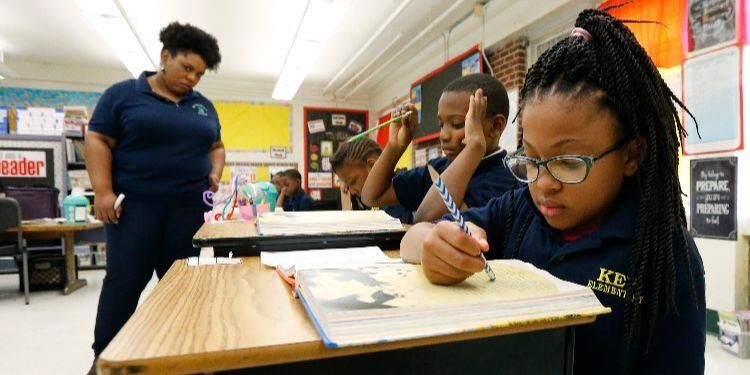